Norm Marinovich – better known around Fremantle and especially Fremantle Hospital as Dr Norman Marinovich OAM – is a long time Freo Person. If anyone were entitled to be called ‘Dr Fremantle’ it would be Norm. Not to be confused with the famous ‘Fremantle Doctor’ summer sea breeze! 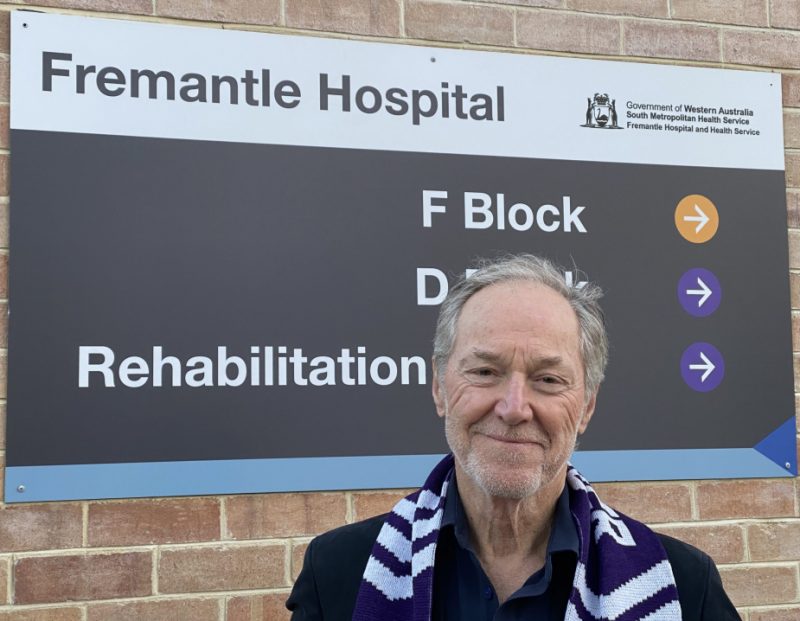 Norm’s parents, a decade apart, migrated to Western Australia from the country then known as Yugoslavia before the Second World War. His father’s father had already migrated before his son. His mother also had family here.

Norm and his older brother Mike were born here. But after the War the family emigrated again, this time back to Yugoslavia. Like many other ‘Slavs’ who did the same, they were intent on helping to rebuild their homeland after the War.

But in 1952, the family returned to Australia in search of a better life, especially for their sons. Soon enough they began market gardening at Spearwood, just south of Fremantle.

Norm and Mike excelled at school, even though when they first returned to Australia they had no English. Mike became a respected dentist and Norm a leading Physician. Most of Norm’s professional life has been spent in and around Fremantle Hospital.

And he’s spent most of his adult life living in and around Freo.

He knows all the nooks and crannies.

And he’s seen Fremantle morph and change and keep on keeping on over the past 70 years. A bit like his beloved Freo Dockers over the past 27 years!

In the podcast interview below, our Editor, Michael Barker, asks Norm about all these things and more.

We are sure you’ll love hearing Dr Norman Marinovich OAM recount his family’s history and his own, and his hopes for Fremantle.