Making Freo Even More Bicycle Friendly- Are we ready for 30 kph speed limit?

The streets of Fremantle are reasonably bicycle friendly, if not entirely so. The City’s centre has bold bicycle signage, including on road surfaces, to remind vehicle drivers that this is a shared space. There are also separate marked bike lanes on many local streets, but not all. Sometimes cyclists are forced to divert to the nearby footpath for a safer ride. Fortunately there are also some great entirely separate shared pedestrian and cycle spaces around Freo. But those aside, just how safe do cyclists feel as they navigate Freo streets is an interesting question.

Part of the issue is the speed at which cars and other vehicles, like buses and vans and trucks, travel past cyclists. In this article Miguel Loyola, University of Sydney and John Nelson, University of Sydney address the question of vehicle speed. Slowing down traffic speed seems a no brainer in the quest for a better and safer city cycling experience.

Are Freo folk ready to support a 30 mph speed limit in popular bicycle areas? Is Main Roads WA ready to support this initiative as well? The City of Fremantle has previously shown it is, at least in the City centre.

Perhaps it is time for more research and some continued imaginative Freo thinking on this topic.

When driving near a cycle lane, do you speed up or slow down? Where you’re from may influence your answer?

Here’s a gallery of some of the Fremantle streets cyclists navigate daily. 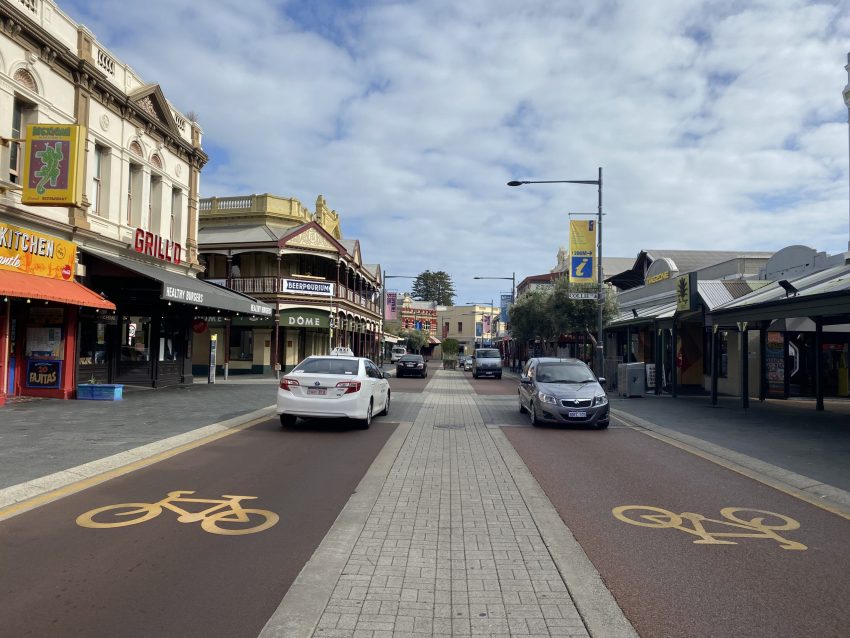 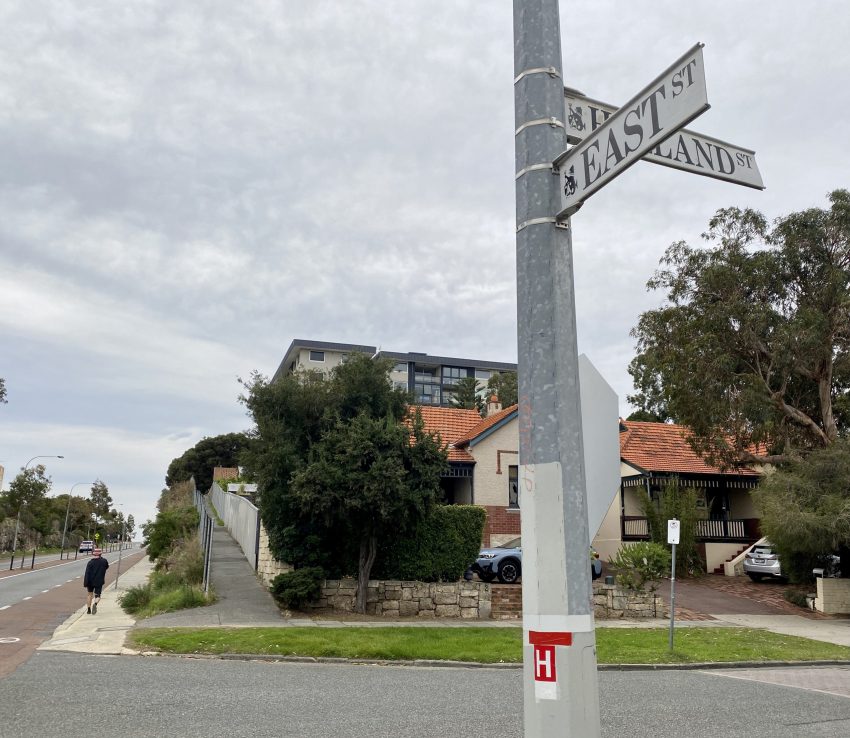 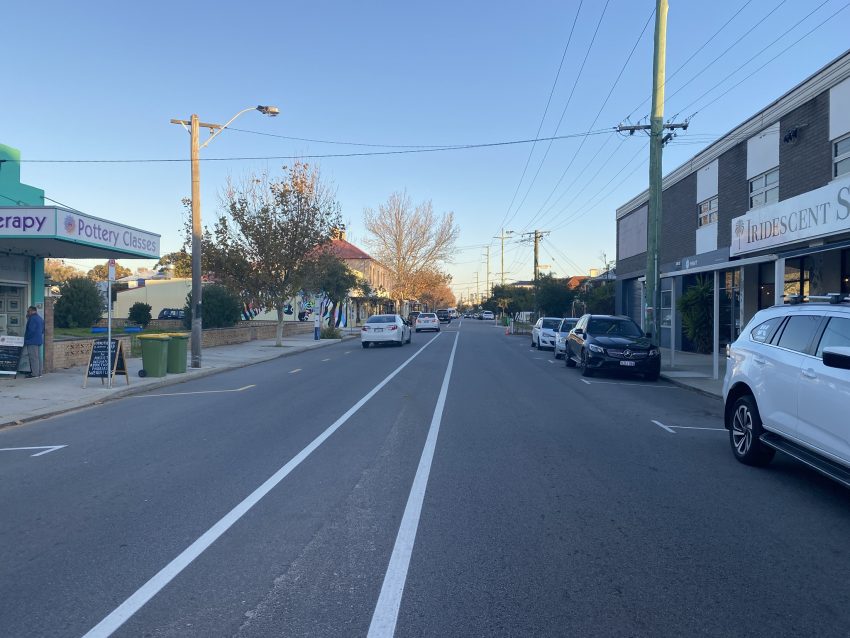 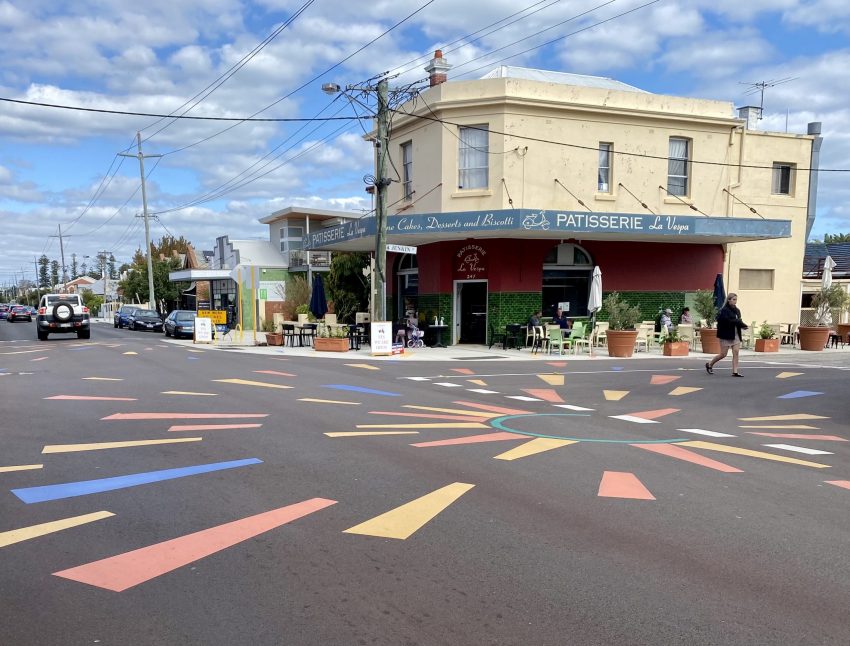 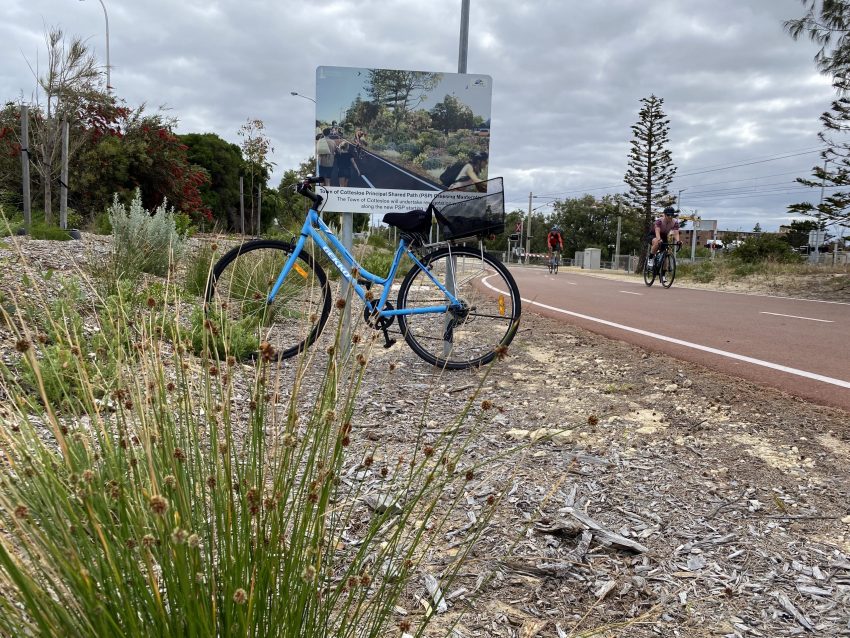 There are clear economic, environmental, safety and health benefits to getting people cycling more, but research shows would-be cyclists are reluctant to start without good cycle paths.

The problem for planners and policymakers is many Australians oppose cycle lanes, believing they’ll only force drivers to drive more slowly and extend travel times.

But our new study, published in the journal Accident Analysis and Prevention, suggests not everyone around the world sees cycle lanes this way.

We found people in the United Kingdom and Australia typically misunderstand the impact cycle lanes have on speed limits – wrongly believing the addition of a cycle lane means cars would inevitably need to go more slowly.

To be clear, nobody is suggesting you should hit the accelerator and drive aggressively fast near cyclists. But if there is a safe cycle path that affords good distance between cars and bikes, there’s no reason the addition of a cycle path should necessarily slow down traffic.

Misunderstanding around this issue may be fuelling avoidable opposition to cycling infrastructure.

Speed limits: a matter of perception

First, we showed the study participants 15 pictures of streets without cycle lanes and asked them to estimate what the speed limit would be in these streets.

Interestingly, participants from the Netherlands always estimated much lower speeds for these pictures than their UK or Australian counterparts did.

This is important because previous research has shown that the higher speed limits are perceived, the faster drivers intend to drive. And higher speeds are the main contributor to road accidents (even more than drugs and fatigue).

So, for our study, it was significant the Dutch participants always estimated the speed limit would be lower than the UK and Australian respondents did. It suggests Dutch drivers already view roads in a way that is safer for other road users (including cyclists).

What about when cycle lanes are added into the picture?

As we showed these new pictures, we asked the participants again to estimate the speed limit in these streets.

Study participants from Australia and the UK tended to believe cycle lanes would necessitate lower speed limits for drivers. In other words; they saw cycle lanes are a symbol of a slow commute, which would presumably therefore drive down support from drivers.

On the other hand, respondents in the Netherlands (where cycling is more common) perceived cycle lanes would not necessitate lower speed limits for drivers.

In fact, these participants tended to think cycle lanes might even suggest traffic could go faster because the cyclists are in a separate lane (and not mixed in with car traffic).

In short, our research found cycle lanes are usually misinterpreted as meaning “drivers, slow down!” in places where they are not common.

Where to from here?

But this isn’t always the case. One 2017 study found “the generic impact of introducing 30km/h in urban residential streets is almost negligible in terms of travel time, ie. 48 seconds for a 27-minute trip, or less than 3%”.

In short, lower speed limits and cycle lanes will not necessarily make your driving time longer. Our study shows that people’s support of cycle lanes is influenced by familiarity with cycle lanes and perceptions of how driver speed limits will be affected by cycling infrastructure.

Australia can learn from other cities. Support for the implementation of lower speed limits and cycle lanes will make travelling safer, faster and more sustainable.