Give me your tired, your poor, your huddled masses yearning to breathe free . . .

Mark Naglazas bumped into a “refugee from the Western suburbs” who found a new life and great coffee in Hilton.

A couple of weeks ago I was loitering in Hilton’s hipster haven, Charlie’s Coffee Bar, reading James Joyce’s Ulysses (not the graphic novel, you cynics, the actual book) when a voice from the next table asked, “Who are you trying to impress?” 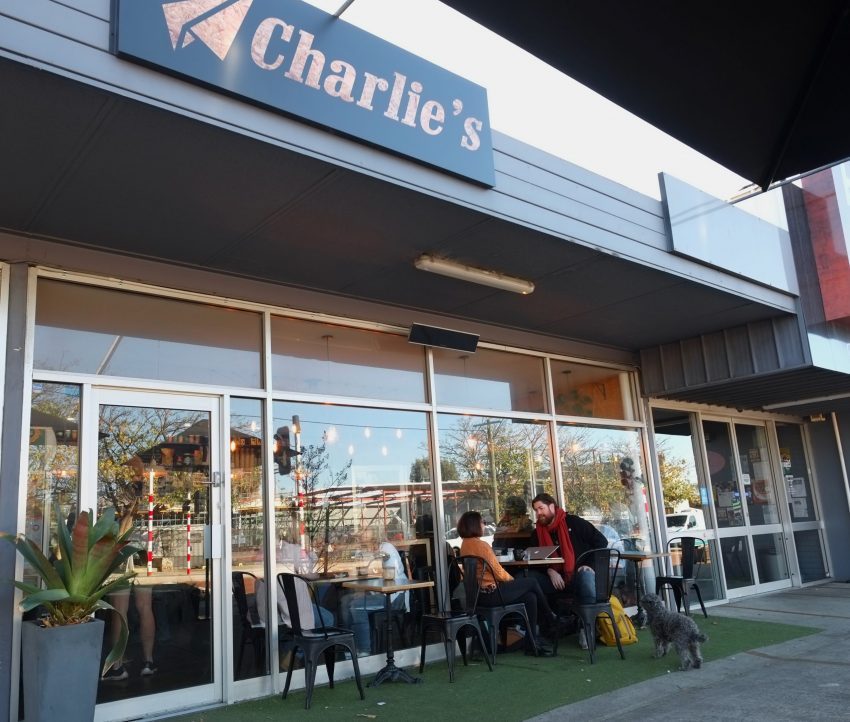 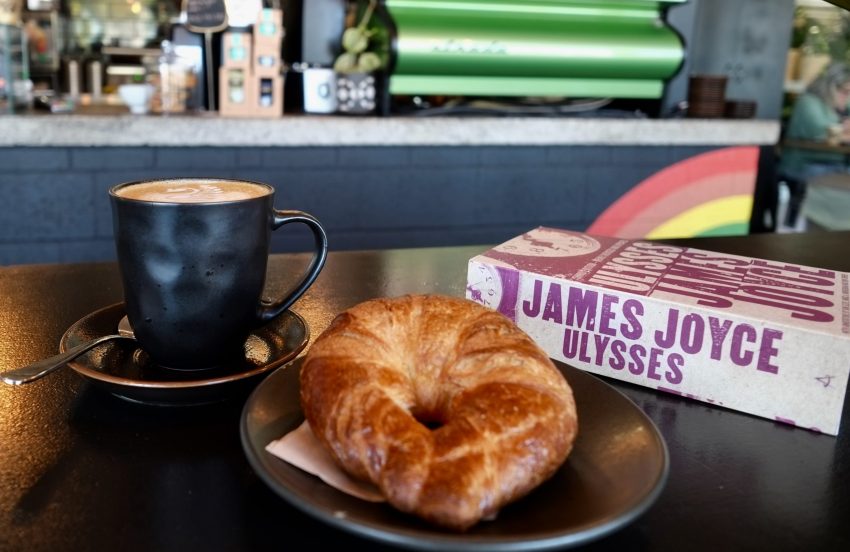 I upped periscope and turned toward my interrogator, a stylish older woman with a Vesuvian eruption of grey hair and decked out in dungarees, hemp blouse and sneakers. She was writing in what appeared to be a diary. 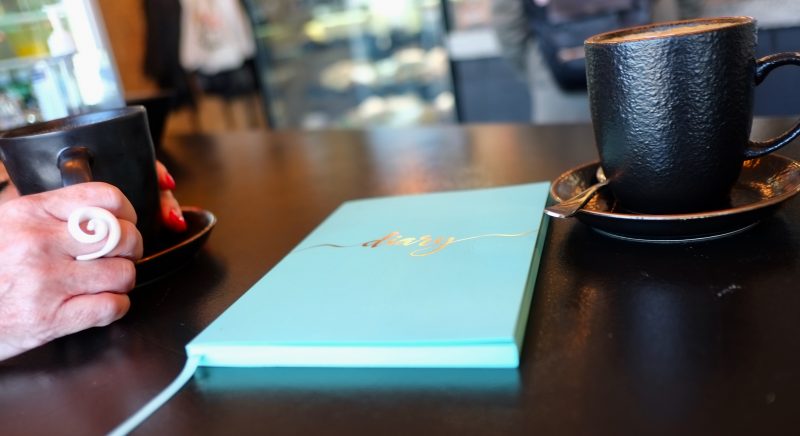 “And who are you trying to spook?” I countered.

“My former husband,” said the woman. “He’s desperate to know what I have on him. You’re not one of his spies, are you? You look suspicious. I bet behind that behind that fancy book you’re hiding a copy of Harry Potter. I’m Margot. What alias are you operating under?”

Grateful for the interruption, I slammed shut Joyce’s doorstopper masterpiece (there’s only so much modernist literary genius you can take before 10am) and introduced myself. I also attempted to explain away my embarrassingly ostentatious reading habits.

“I recently joined a Ulysses reading group,” I told Margot. “They decided we needed to research Irish turn-of-the-century drinking habits. We’ve been stuck on the first chapter for a month. Another coffee?”

Margot was peckish so we both headed to the counter to see what was on offer. 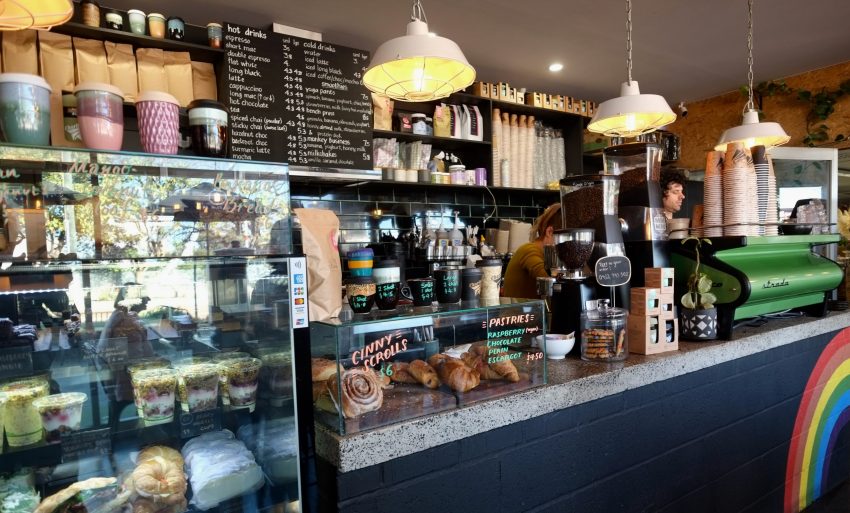 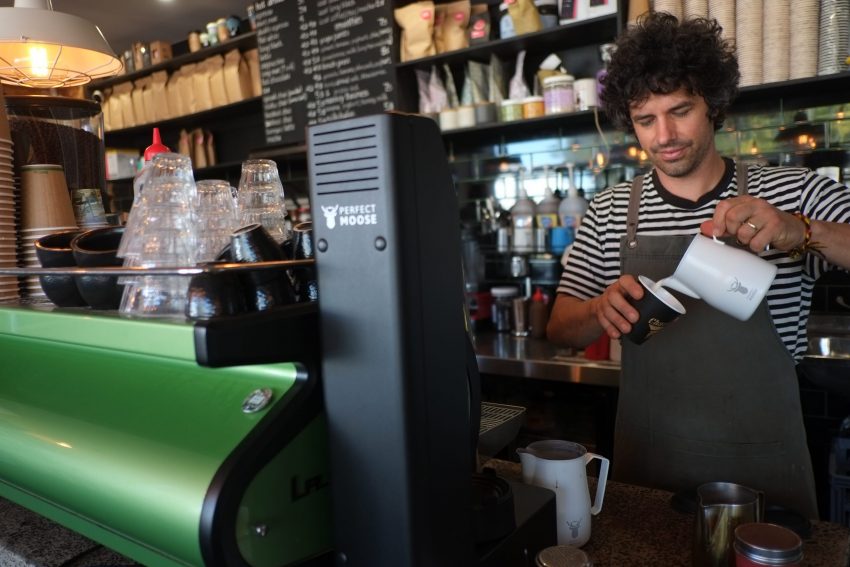 “I recommend the croissants,” said Margot. “Half the time you buy one and it’s indistinguishable from a slice of bread. But these are crunchy and flaky. The coffee is also great. It’s no wonder this place is always packed.”

While Margot tore into her croissant I asked her when she moved into the area. Her accent, her theatricality and the fact she sounded like Isabelle Huppert when she pronounced croissant indicated to me that Margot went to the kind of school where an art excursion means two weeks in Paris and a week in Florence.

“I arrived just before the lockdown,” remembered Margot. “My husband had recently returned from an overseas business trip. ‘How was New York?’ I asked. ‘Didn’t get to see much. Back-to-back meetings,’ he explained. ‘That’s odd,’ I said as I reached into a drawer. ‘How did you manage to leave the country without this?’ He forgot his passport.”

Margot looked over her husband’s portfolio and chose a property he barely remembered to start a new life away from the privilege and self-absorption of the Western suburbs.

“When I told him I’m moving into Hilton he said, ‘The Hilton? How much is that going to cost me a night?’ What a knucklehead! I’m glad to be rid of him.”

Margot interrupted her story to speak to a young couple and their two children who turned out to be her Hilton neighbours. Charlie’s on a Saturday morning is like Grand Central Station as what seems like half the suburb files through the café and moves on to Gilbert’s, the adjoining fresh produce store that is so good it’s worth making the deadly South Street crossing to reach (Pro-tip: use one of their always bountiful bunches of celery to wave in front of the on-rushing traffic). 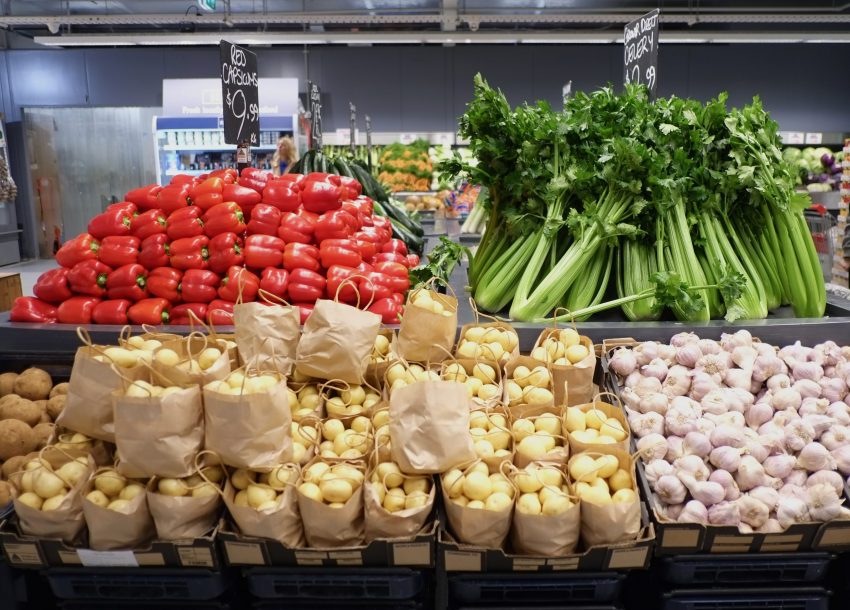 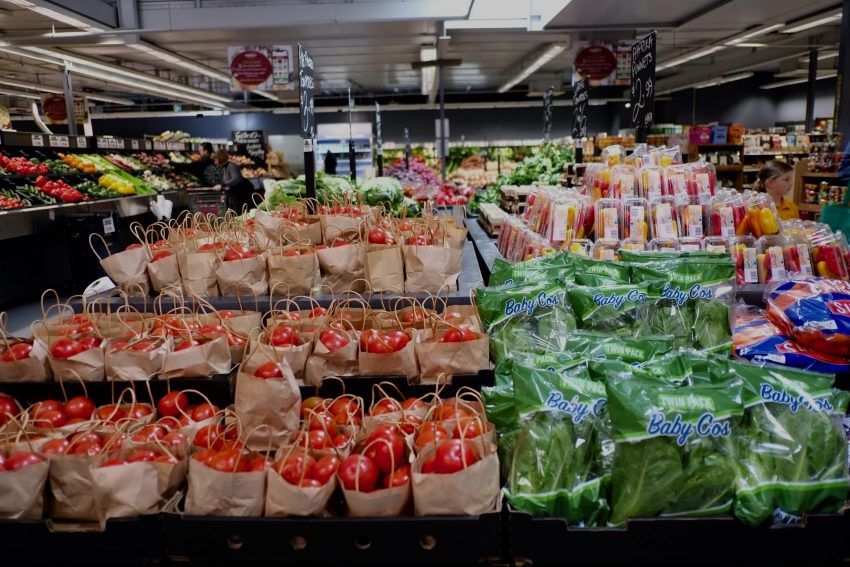 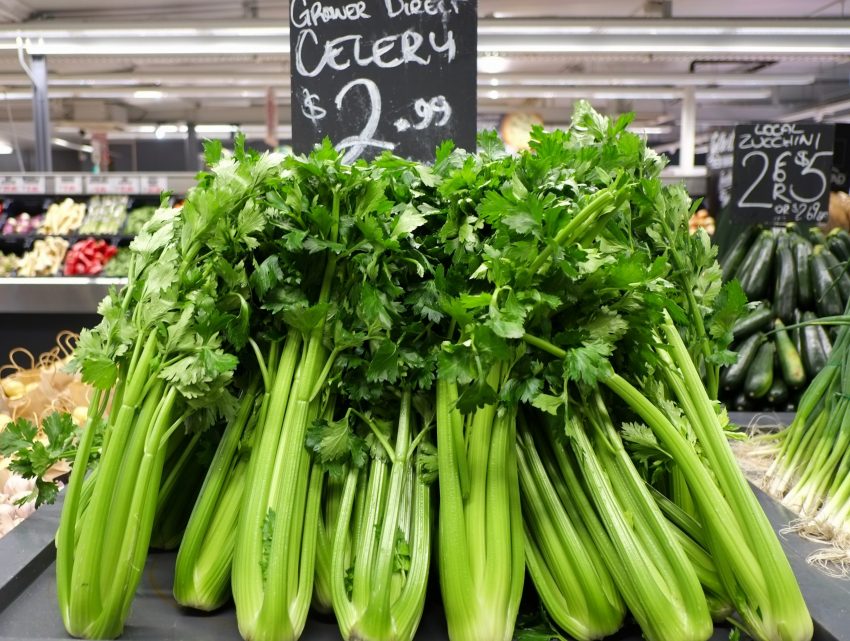 “I bet you live in a pretty cottage,” I said to Margot. “I love the way they are preserving these old homes. It feels like we’re living in a village.”

“Not at the beginning,” laughed Margot. “When I arrived the house was being used as a meth lab. I spent a small fortune detoxing the place. Six months later it still had a funny smell and people knocking on the door in the middle of the night. Hilton has really change, hasn’t it?”

Not all for the good, according to some Hiltonites. Across the road from Charlie’s and Gilbert’s is the site of an historic battle, where locals — including Margot — fought with Braveheart-inspired boldness to save their cherished supermarket. “They may take our lives, but they will never take away our IGA!” cried one especially distraught customer. 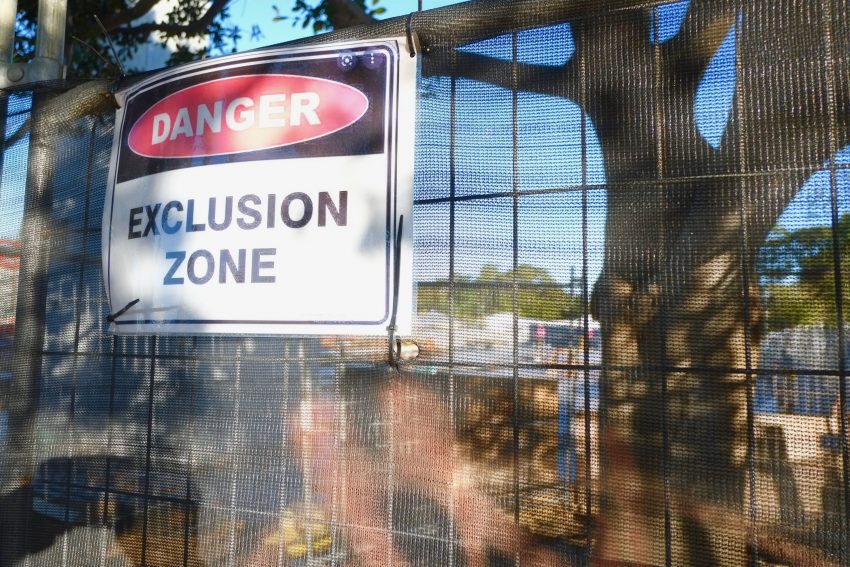 “I was appalled at what they did. That poor owner. They just turfed him out after he built the store into a community hub,” recalled Margot, whose eyes start to moisten as she recalled the quality of the produce, the warmth of the service and, most importantly, the fruit and vegetable section, where her new life began in earnest.

“We both reached for the same rock melon and the rest, as they say, is history,” said Margot, showing me a ring her boho beau, a widowed former high school teacher, carved out of a sea shell at the Fremantle Men’s Shed (“The guys who fix vacuum cleaners and toasters call him Picasso,” she said with evident love in her eyes).

After a third coffee — yes, Charlie’s coffees are that good — I helped Margot carry her groceries to her car. When I stopped beside a battered-looking looked Toyota still plastered with election stickers for the local Green candidate she yelled, “No! The next one!”

Gleaming in the sunshine was a Mercedes Benz, a six-cylinder symbol of the world seemingly left behind by this self-described “refugee from the Western suburbs.”

“He’s also paying for the licence, insurance, service and petrol. So every time the price of gas goes up I imagine his head exploding. You know what it costs to fill one of these?”
“I have no idea,” I said.

“Neither do I!” laughed Margot as she climbed into her Merc and aimed it into the direction of the former meth lab she now calls home.

If you’d like to read more Mark Naglazas’s stories and reviews, look here!