1849-1851, Sydney-town: a sodden, debauched and, above all, lawless place.
David Whish-Wilson gives us a ripper, edge of the seat history lesson in his latest crime novel published by Fremantle Press.
Sydney-town was a notorious precinct in the fledgling town of San Francisco, newly named in 1849 in response to western territories being wrested from Mexico and the gold rush. ‘Yella’ was the perfect magnet for the ex-convict Southlander and they came in their droves.
Schooled by the lash and irons and drunk with their newly found freedom, casual violence paved the way to power for a criminal gang, known as the Sydney Coves. For a few short years they ran organised crime, terrorised anyone who got in their way and, on six occasions, burned most of the town. No wonder the locals eventually drove them into historical oblivion!
Thankfully, Whish-Wilson recreates the three blocks of Sydney-town for us.
We enter the story on the high seas, aboard a pirated ship bound for San Francisco, following the harrowing journey of twelve-year-old Samuel Bellamy. Along the way, we learn that he is a Swan River colony lad who had been taken under the wing of a magistrate, given letters and reared with values and education, inside the law.
On land, we follow the lad’s fruitless search for his mother among the brothels, and his witness to the easy, bloody brutality of a lawless society, where abduction, enslavement and murder are commonplace. Sam also learns the personal perils of living in this adult male world, as well as the unexpected tenderness of men.
The backlash and vigilante terror that attended the birth of law and order in San Francisco are no less terrifying, but there is hope too, in observing the many lines of young Sam’s survival as he learns about loyalty and love.
Beautifully researched and elegantly written, The Coves is a cracking read that is thrilling and slightly terrifying from beginning to end.
This is historical crime fiction at its best. 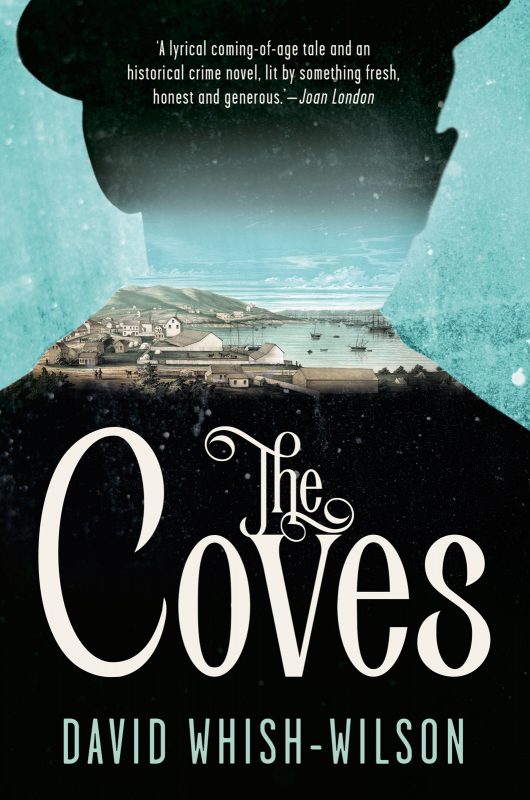