Home 2022 May 12 Movement at the Port? Or just another announcement?

Movement at the Port? Or just another announcement?

The Premier, Mark McGowan, came to Freo yesterday, specifically to Victoria Quay at the Port to announce plans to ‘revitalise and re-energise’ Victoria Quay as part of the continuing Westport project. He wants to ‘transform’ the Port precinct. 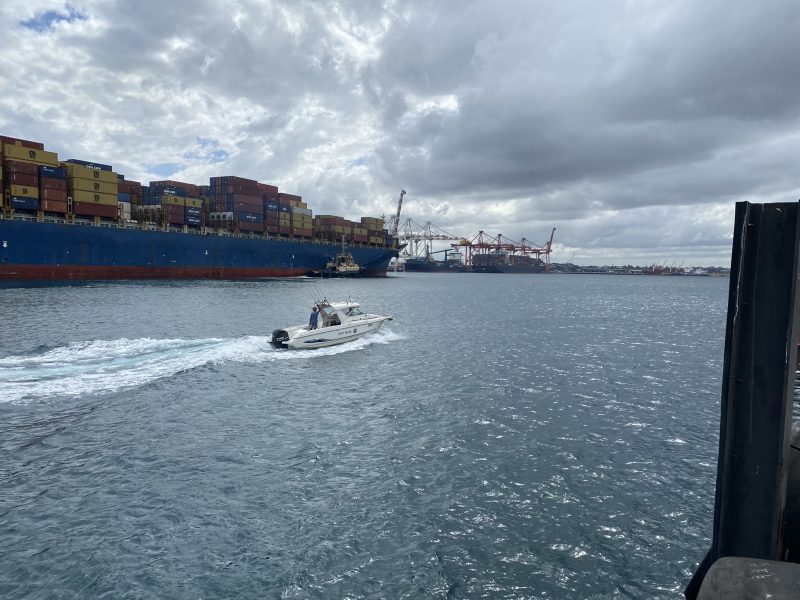 The Westport project, if you’ve missed it, aims to see a new outer harbour and container port built in Kwinana. For the Premier this opens up ‘incredible new jobs, tourism and economic development potential around Fremantle Port’.

Mr McGowan not unreasonably pointed out that global cities have renewed their old working ports into vibrant entertainment, arts and tourism hubs. He says work is well underway to create a vision for a revitalised Victoria Quay.

As we reported recently , and the Premier confirmed yesterday, the Future of Fremantle Planning Committee is currently developing options which will see the wider inner harbour, on both the south and the north sides, transformed into a new, vibrant waterfront precinct.

Yesterday the Premier announced an initial $7.5 million is being invested to enhance public space at the historic port, providing shade, seating, landscaping, improved public space, and pedestrian and cycle pathways, with works expected to start later this year.

Stronger connections are also to be made between Victoria Quay to the train station and to Bathers Beach. What a good idea!

Up to $5 million will be spent ‘investigating’ the relocation of the area’s vehicle shipping – or RO-RO – operations, opening up the area for new community, business or tourism opportunities. Again, what a splendid idea!

$2 million is to be spent ‘investigating’ the feasibility of relocating livestock shipping from the Fremantle Port. Perhaps some thought should also be given simply to ending the trade?

A further $2.5 million is to be allocated to assist the Future of Fremantle project to continue examining land use and economic development opportunities in and around Victoria Quay. Which is good news for that project as it presumably means they can now complete the task they’ve been set!

$3.5 million is also included in the State Budget to undertake works at and around the historic HMAS Ovens submarine at the WA Maritime Museum.👍

As a sign of things to come, Mr McGowan also drew attention to WA brewer Gage Roads setting up shop in the historic A-Shed, and planning and development of the $280 million Swan River Crossings project continuing.

Former Freo Mayor and current Greens MLC in the State Parliament, Dr Brad Pettitt, probably spoke for many Freo people yesterday on hearing of the funding announcement when he observed that it was welcome but for those who have been advocating for change in this area for a decade or more it does have a feeling of déjà vu. As he pointed out, Fremantle Council and others have been pushing for these changes for many years.

Dr Pettitt agreed that moving RO-RO vehicles operations and live sheep and the “opening up the south side of the port for new community, business or tourism opportunities” makes complete sense. As to why it costs $7 million just to “investigate” this, however, he wasn’t sure and suggested the Government just get in with doing it.

The former Mayor noted there is a huge amount of land on the south side of the port that, once sheep, scrap metal, and RORO operations are moved, would enable decades of development to go ahead. He said the City of Fremantle flagged this back in 2016 with a major report. This City-commissioned independent report identified the development of South Quay would generate 3700 new jobs and private investment of $3.5 billion.

Dr Pettitt also made it clear that, while he supported getting on and activating Victoria Quay on the south side, he was not a fan of the ‘premature’ moving of the port which he considers will not only ‘unnecessarily waste billions of dollars’, but would also be a huge blow to the economy of Fremantle – a blow which, he said, this announcement ‘does not even come close to making up for’.

So, folks, the debate and planning for Freo’s future continues!