Three appeal judges in The Federal Court of Australia upheld an appeal yesterday against the earlier decision of the primary judge that found the Commonwealth Minister for the Environment owed the children applicants a common law duty of care to consider the climate change consequences of approving an extension to a coal mine in New South Wales.

The case, Minister for the Environment v Sharma will be analysed by legal boffins as to why it failed in the analysis of the three appeal judges, but broadly the Court considered that Ms Sharma couldn’t make out the essential grounds of a common law duty of care/negligence case because the relationship relied on between Ms Sharma, and children in her position, and the Minister was more in the nature of a citizen/government relationship and lacked the closeness and directness that the common law has always demanded before finding an applicant is entitled to a legal remedy against a party whose conduct has caused or may cause them harm.

The judgments of each of the three judges, Chief Justice Allsop, Justice Beach and Justice Wheelahan, emphasise the novel nature of the duty of care issue raised by the climate change case. 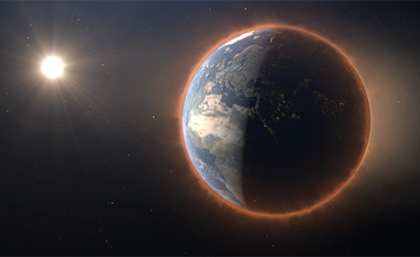 Each also notes that the dangerous effects for humans and the planet arising from climate change, detailed in testimony given to the primary judge by Professor Will Steffen, were not in dispute either before the primary judge or on the appeal.

What I find fascinating is that one of the appeal judges, Justice Beach, has gone out of his way in his conclusion to explain, more or less, that the common law works in mysterious ways, evolves over time, and may one day provide a remedy for the applicant children – especially if they later suffer actual harm from climate change.

748    In summary, his Honour [the primary judge] ought not to have declared that the posited duty of care was owed. My principal basis for so concluding is that the respondents did not establish the requisite sufficient closeness and directness. Moreover, in the present case indeterminacy is a powerful salient feature against the duty of care being owed.

749    For the foregoing reasons I would allow the appeal on grounds 1, 2(a) & (b) and 3(d) & (e) only and set aside the declaration. But I should make clear one matter, which may be of importance to the claimant class for the future. I would entertain an application to remove the representative nature of the proceedings. It may be that one day, one or more members of the claimant class may suffer damage and so have an apparently complete cause of action. If so, it should then be open to them to assert the existence of a relevant duty of care, breach of duty, causation and damage. No issue estoppel should then arise on any question concerning the existence of a duty by allowing the present appeal. But to achieve that outcome, the representative nature of the proceedings would need to be addressed. I would be prepared to receive further submissions from the parties on such questions before making formal orders to set aside the primary judge’s declaration. I agree with the orders proposed by the Chief Justice.

750    Let me make three final observations by reference to the following well-known anecdote recounted by President John F Kennedy in an address on 23 March 1962 given at the University of California, Berkeley:

The great French Marshal Lyautey once asked his gardener to plant a tree. The gardener objected that the tree was slow-growing and would not reach maturity for a hundred years. The Marshal replied, ‘In that case, there is no time to lose, plant it this afternoon.’

751    There are three themes worth drawing from this carbon capturing metaphor.

752    First, no one doubts that immediate sensible action is necessary to deal with GHG emissions even if the benefit of such action may not come to fruition for many decades, indeed even into the next century. But the present case is not about gainsaying that broader theme.

753    Second and resonating with the metaphor, the primary judge planted the seed of a cause of action in finding the posited duty, but envisaging that the seed may not fulfil its Aristotelian potential of a fully formed tort for many decades, if at all. This was a bold step to take given that trial judges normally only assess, admire or indeed chop down completed forms.

754    Third, it is for the High Court not us to engineer new seed varieties for sustainable duties of care, modifying concepts such as “sufficient closeness and directness” and indeterminacy to address the accelerating complexity, multiple links and cross-links of causal relations. Such concepts in their present form may have reached their shelf life, particularly where one is dealing with acts or omissions that have wide-scale consequences that transcend confined temporal boundaries and geographic ranges, and where more than direct mechanistic causal pathways are involved.’

So, there’s still the High Court to whom recourse on these issues can be made; and even if an appeal there fails, one shouldn’t give up hope on the common law coming good in the long run in providing protection to humans and the planet from the dangerous effects of climate change.

Mabo provides a good example of the common law’s capacity to produce just outcomes, even if it takes many lifetimes.

As do the landmark cases in Western Australia starting in the 1980s that held asbestos miners and asbestos-using companies liable under common law duty of care/negligence for exposing workers and others to the mesothelioma risks of blue asbestos many years earlier.

In the meantime, the appeal decision in Sharma serves to emphasise the role politicians have to play in creating and implementing sound policy in the climate change space. The law can’t solve everything, was a major message in the appeal court’s decision. Parliaments however can act – at least in setting Australia’s forward path in responding to the climate change challenges Ms Sharma presented to the Federal Court through Professor Steffen’s unchallenged testimony.