The ACCC – the Australian Competition and Consumer Commission – has just released its latest Targeting Scams report.

As Delia Rickard, Deputy Chair of the Scams Awareness Network, on behalf of ACCC says the report provides insight into scam activity in 2020 – a year in which Australia faced a bushfire crisis and, along with the rest of the world, an unprecedented and disruptive Covid pandemic.

Scammers unfortunately took advantage of the global environment, which led to higher than usual financial and personal information loss. However, alongside the stories of resilience and innovation in the community during the bushfires and the pandemic, Ms Rickard says we also saw increased collaboration across government, law enforcement and the private sector in response to the complex challenges that arose in the fraud and scam landscape. 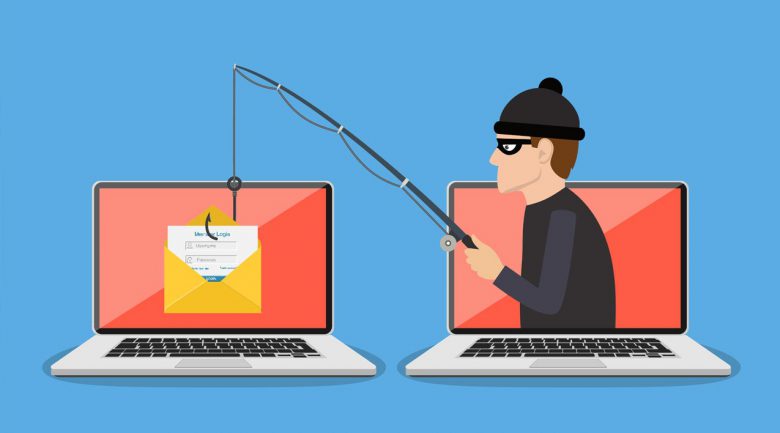 Which is just as well, as scam losses and reports climb during the bushfires and Covid pandemic Australians lost over $850 million to scams and made 444,164 scam reports in total to Scamwatch and other platforms in 2020.

Scamwatch remains the primary government website where Australians report scams. Roughly 48% (216,087) of all scam reports were made to the ACCC’s Scamwatch service, which is the highest number of reports since it commenced.however, it is believed the amount lost to scams is likely to be considerably higher than that reported.

Whilst losses reported to Scamwatch increased 23% compared to the previous year, ACCC had expected that the increase might be much higher due to the unprecedented nature of 2020.

Globally, government and the private sector identified significant increases in scam and fraud activity during the pandemic.

Scammers were quick to take advantage of crises in Australia.

Scammers set up fake charity scams in response to the bushfires and took advantage of pandemic related incentive schemes available in Australia.

The top 3 categories of reports to Scamwatch were phishing, threats to life, arrest or other (threat based scams) and identity theft.

Reports in these 3 categories often involved the impersonation of government agencies to obtain personal information or demand money.

Phishing activity thrived during the pandemic. Over 44,000 reports were received, representing a 75% increase.

Reports of threat based scams, which typically involve scammers threatening victims with arrest, deportation, legal action or excessive ‘fees’ unless money they claim is owed is paid, increased by 140% to just over 32,000 reports.

There was a corresponding 178% increase in losses to these scams of $11.8 million.

Similarly, identity theft reports increased by 84% to over 20,000 reports. A number of government taskforces and law enforcement noted the increase in crimes aimed at stealing personal information and connected this to conduct aimed at fraudulently accessing Covid related initiatives such as early access to superannuation.

Ms Richards added that the increasing value of personal information at a time when face to face transactions were not possible was a significant driver of scam activity in 2020.

The ACCC believes this is likely attributable to the long lockdown periods the population experienced in 2020, which created opportunities for scammers as people were forced into unusual economic and social situations that had the potential to increase their susceptibility to scams.

While the ACCC, other government agencies and increasingly, the private sector, continue to take action to prevent and disrupt scams and to educate the public, Ms Rickard says we need to increase our efforts on all fronts to reduce the ongoing impact of scams in Australia. For example, the public need to be educated about the ways in which the government will legitimately make contact with them so they can avoid falling victim to these scams in future.

In 2020, combined financial loss to investment scams was a record $328 million. For the banks, Scamwatch and ASIC it was the category with the highest losses. Scamwatch reports increased by 63% to 7,295 and losses rose slightly to $66 million. Almost 34% of people who reported an investment scam lost money, with an average loss of $26,713.

It appears to be increasingly difficult for people to identify legitimate investment opportunities from scams. Scammers no longer just rely on professional looking websites. They now have the ability to contact people through phone, apps, social media and other means. We saw more fraudulent celebrity endorsements of investment opportunities advertised across digital platforms as well as scammers posing as romance interests to ‘bait’ people into scam investments.

Romance baiting was a new type of scam that emerged in 2020 to target sections of the population which in the past have not typically suffered high losses to investment scams. Victims are contacted on a dating app, typically moved off the app and then lured into an investment scam, often involving cryptocurrency. People aged 25 to 34 years lost the most money ($7.3 million) to romance baiting in 2020.

Unsurprisingly, trends to perpetrate scams via less traditional payment methods continued in 2020. Whilst the highest reported losses are still experienced via bank transfers, with over $50 million in losses via Bitcoin or ‘other payments’. These include cryptocurrencies such as Ethereum, charges to phone bills, Neosurf vouchers and digital payment apps such as Zelle or Skrill.

ACCC warn that it can be very difficult to repair the damage inflicted by scams after they have occurred. Often funds and personal information cannot be recovered and it is typically extremely difficult for law enforcement and government agencies to identify and prosecute scammers, particularly as most are located overseas. Scams can also have significant impacts on mental health and relationships.

Thankfully it’s not all bad news. Over the year there was an impressive amount of work to identify clever solutions which over the longer term will prevent or disrupt scams. In 2020, the ACCC worked closely with the ACMA and the telecommunications industry on a range of initiatives to address scams occurring over the telecommunications network. As a result, there has been a decrease in mobile porting fraud, Wangiri scams and it is harder for scammers to successfully use number ‘spoofing’ to trick people into believing they are from a government agency. ACCC remain keen to monitor the results from the new Reducing Scam Calls Code and hope to see a reduction in scam calls being carried over Australian networks in the coming year.

So remain sceptical. Be on the lookout. Don’t rush in. Ask a friend or your accountant or a financial adviser. GO STRAIGHT TO SCAMWATCH.