This novel, by local West Australian author, Jon Doust, and just published by Fremantle Press, is the third of a trilogy.
Of course, it may turn out to be the third of four. What would that be – third in a quadrilogy, or quartet? Or is it a tetralogy?
Anyway, it is presently the third of a trilogy.
The life and times of Jack Muir.
And I can’t tell you how much I enjoyed it. Really couldn’t put it down. It wasn’t the story of my life, but I wished, sort of, that it could have been!
Possibly it’s a novel to be read at a certain stage in life.
No doubt an English lit teacher would say you could read it any age, but they’d be wrong.
Perhaps if you came to it as the third in the sequence, (the much-praised) Boy on a Wire, first, followed by To The Highlands, you’d get Jack Muir’s progression intellectually, but perhaps not what Jack is really going through in this third novel.
I should add, Return Ticket can stand alone, as well as the third of three. You need not have read the prequels, so to speak, to take Jack’s ride with him.
It’s a pretty racy plot line. At times a little Boy’s Own. Young guy leaves town, from Fremantle, by boat bound for London. He finds adventure after disembarking in Durban. Discovers the true meaning of apartheid in South Africa and Southern Rhodesia.
And then finishes up in Israel, where, in many ways, his real life begins. 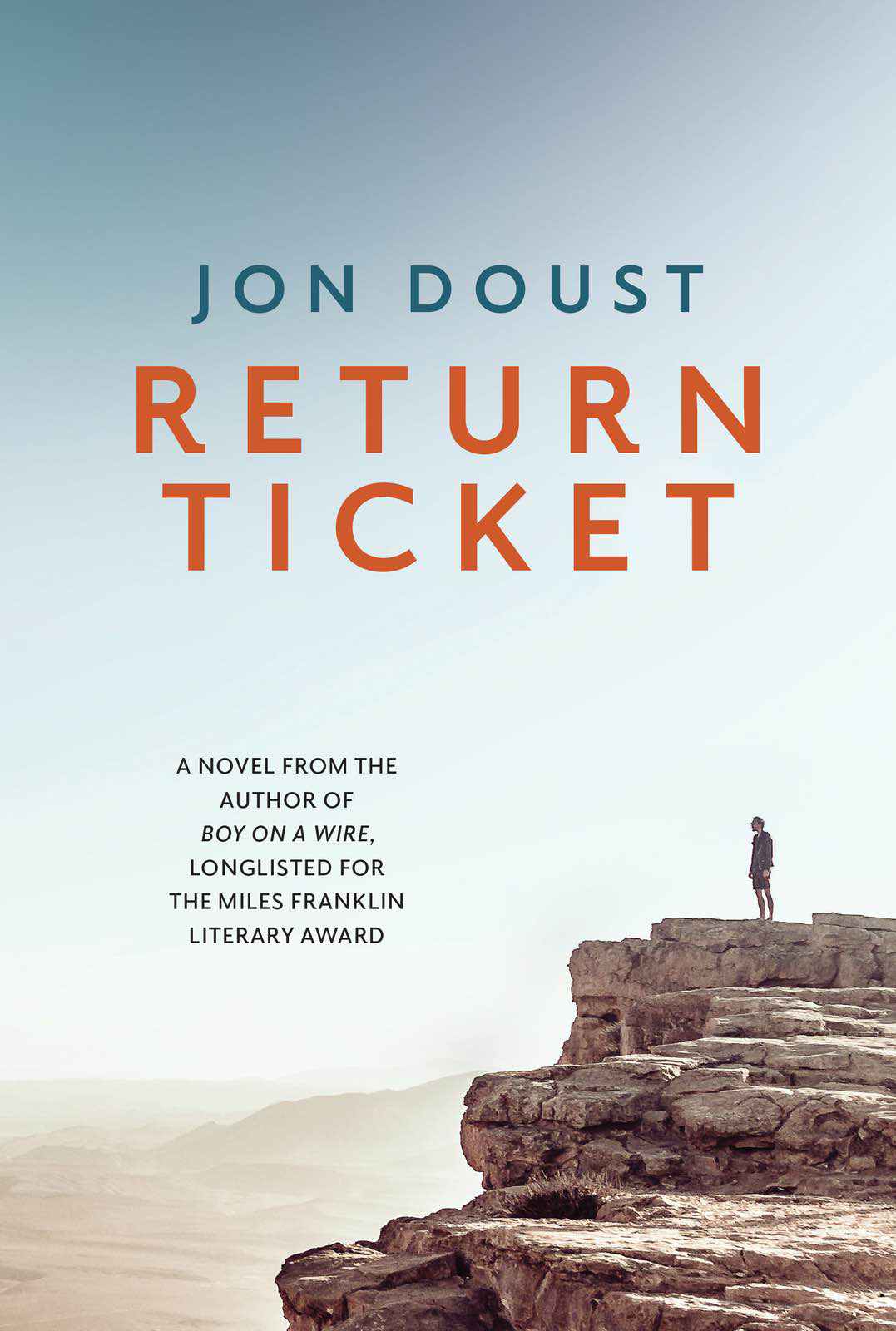 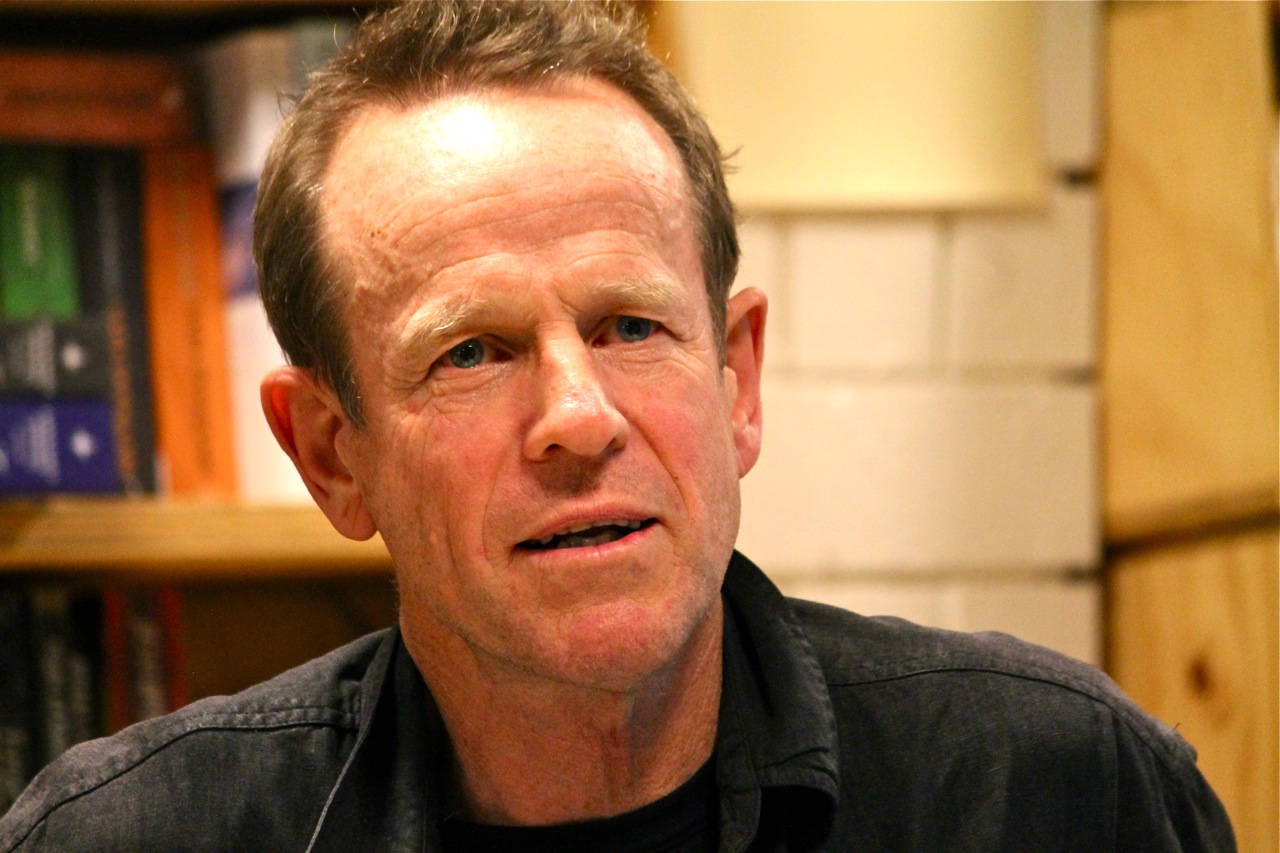 Jon Doust
The novel revolves around everything that happens to Jack while in Israel living on a kibbutz, even when he’s here and not there.
Strong characters. War times. Rugged scenery. Beautiful women. One of whom Jack falls in love with. And so on.
To tell more of the plot would not be right. It is such a lovely story, and such a good read, you must discover it all for yourself. Tough, tender, and instructive.
There is also humour in this book, LOL stuff at times.
There is real emotion too, as a slightly lost lad discovers what he’s either lost or looking for.
The writing is superbly sparse. It reflects the well-chosen cover photograph, a shot by Kolderal entitled ‘Man watching sunset above desert landscape’.
The plot also has one of these backwards and forwards devices, which I know some readers don’t always like, but it worked for me here.
I’m sure I won’t be the first to mention this, but Jack has a line in washing up dishes that, for those of us who went to boarding school in a certain period, has a certain ring to it. There’s a lot of reiki-like therapy to be got from a good washing up. Doust’s ode to the art of washing up was, for me, a totally unexpected treat!
So, as a certain Molly Meldrum used to tell us, do yourself a favour and buy this book.
On sale from Fremantle Press or a good bookstore near you for $29.99 RRP.
Share this
Related Articles