The Wooden Boat History Exhibition is on right now at the WA Museum’s Fremantle Shipwrecks Museum.

In an earlier article we noted the opening of the exhibition. It’s not to late to take it in.

What is it about the romance of wooden boats that draws us to them?

For starters, wood has been the consistent and reliable fabric of boats throughout history – trees have always been a source of raw material.

And then, wooden boats have a soul – they move through the water differently from today’s fiberglass, aluminium and steel boats. Wooden boats flex, groan and creak. They each have unique characters.

On top of that, wooden boats help us search our past and link us with those who came before.

The Wooden Boat History Exhibition currently running in Shipwreck Museum highlights all this as well as the importance of wooden boat building in Western Australia.

Aboriginal Australians lived on a huge continent that was sparsely populated by humans and had an abundance of edible flora and fauna. They had no reason to build large boats or travel across the ocean, but they did have canoes. A Kimberley rock painting, many thousands of years old, shows aboriginal figures paddling a canoe.

The first ships to arrive to our shores were those belonging to the Dutch. Dutch explorers were fearless men; sailing to the other side of the world, braving huge seas and storms and navigating by sextants. 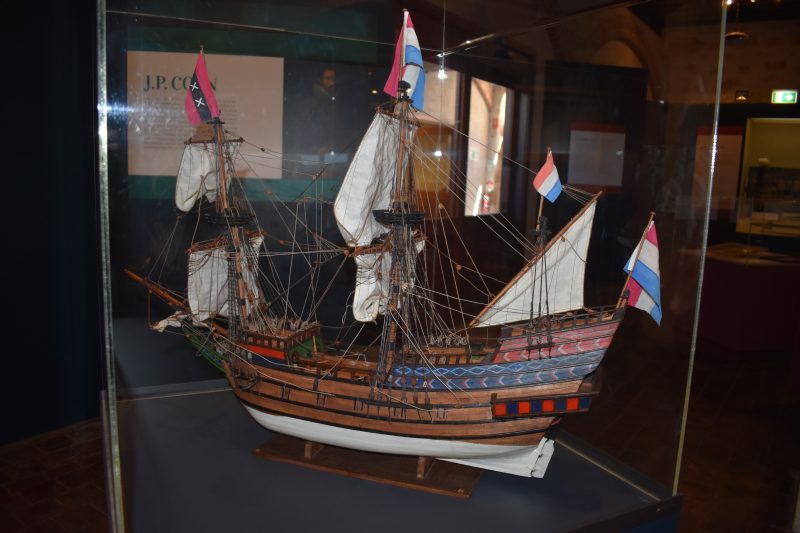 At this exhibition you can discover the intriguing story of a sloop, built by the survivors of the Dutch ship, the Zeewijck, after she was wrecked at the Abrolhos Islands in 1727. Eighty-two out of the initial crew of 208 reached Batavia in their new boat.

The exhibition has a painting of the shipwrecked HMS Success. In 1829, the HMS Success ran aground on Success Bank, near Carnac Island and was badly damaged. The HMS Success carried Captain James Stirling to the Swan River Colony. 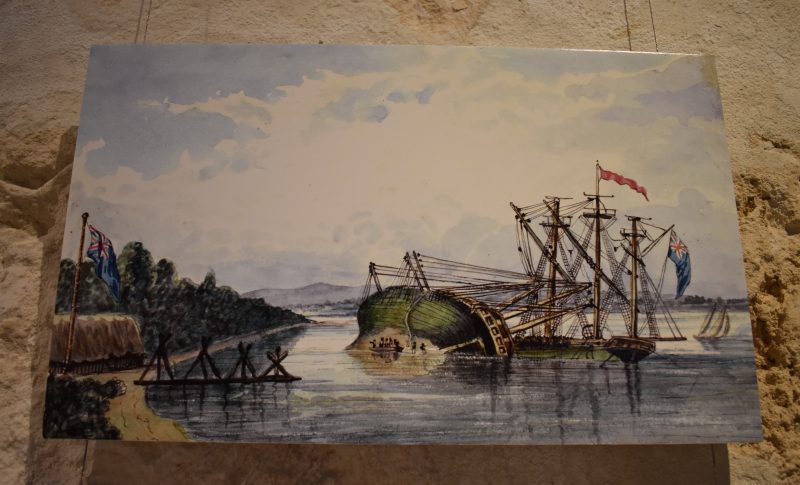 The Success was repaired at Garden Island by the ships’ carpenters and James Lawson Smith, an official boat builder for the new colony. It was a huge task with only hand tools and no dockyard facilities. Repairs took a year and it was the first time that ‘Swan River mahogany’, which we now call jarrah, was used in boat building.

She returned to England to be broken up, but the repairs were found to be so good, the ship gained a reprieve from the breaker’s yard and served as a harbour ship at Portsmouth for a further 20 years.

And so boat building became an important colonial industry. The Swan River was the only ‘road’ from Fremantle to Perth and Guildford in early settler times, as the colony was virgin bush with no made roads. Boat building yards sprung up along the river banks and ship yards lined the foreshore in South Bay, Fremantle – now the Esplanade. 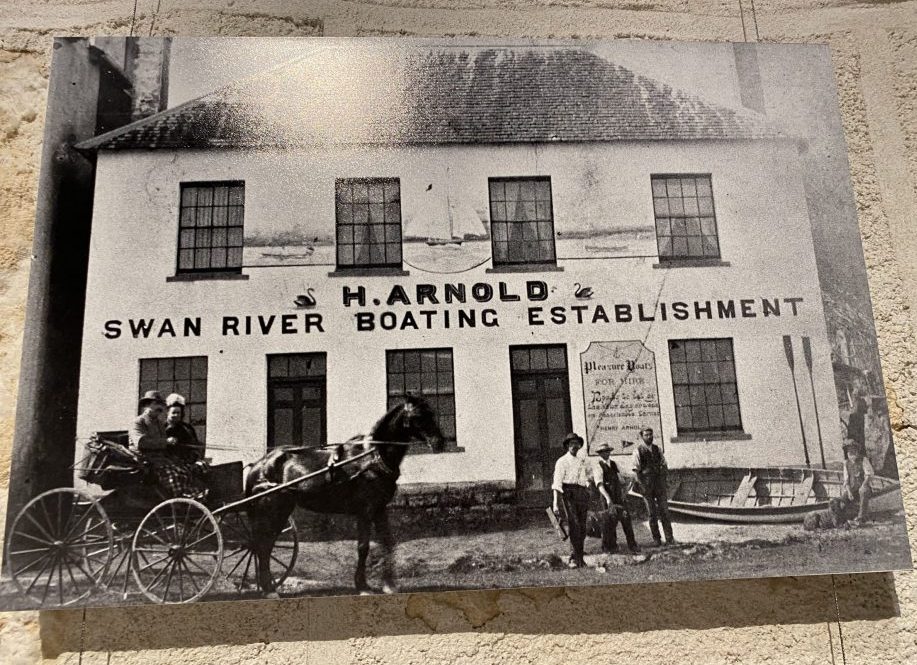 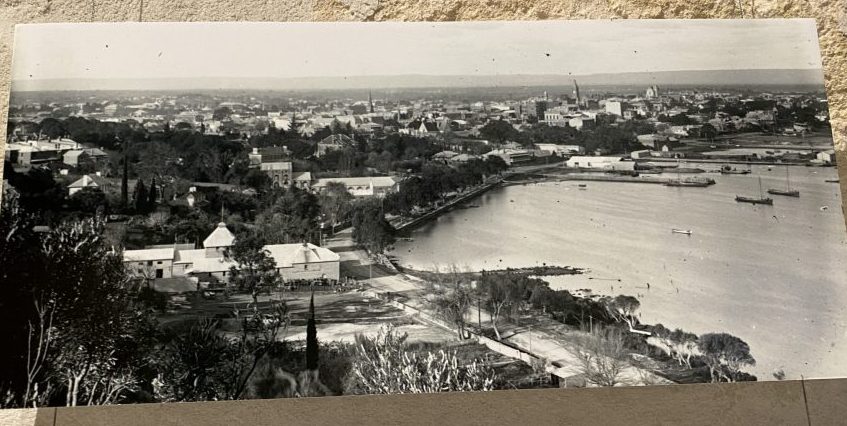 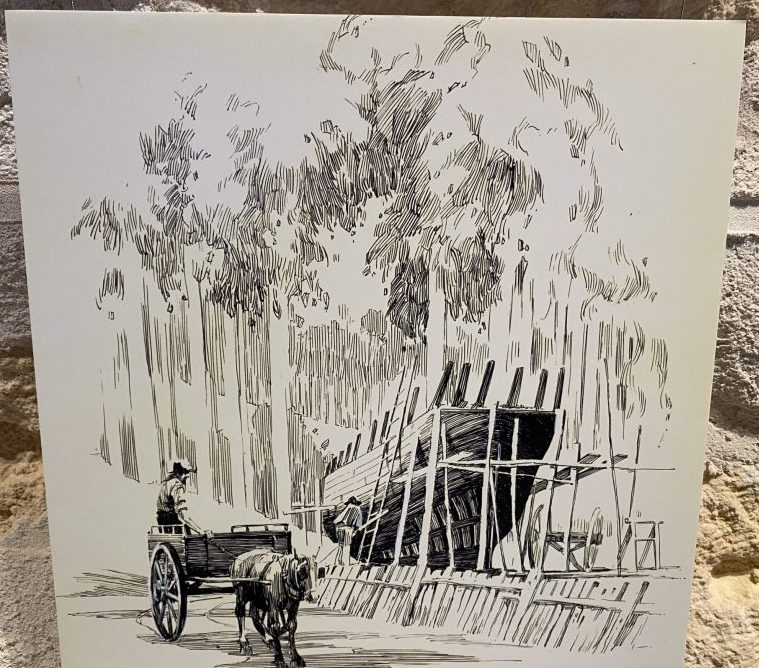 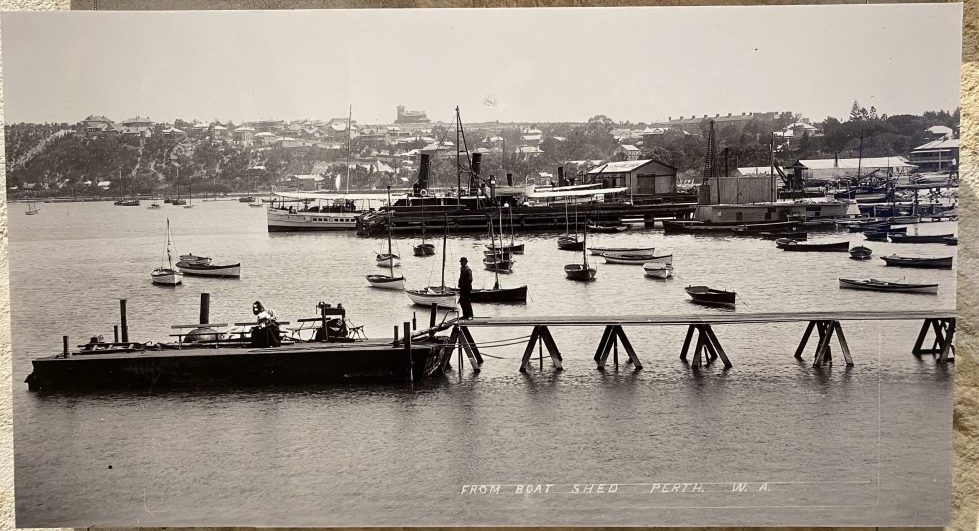 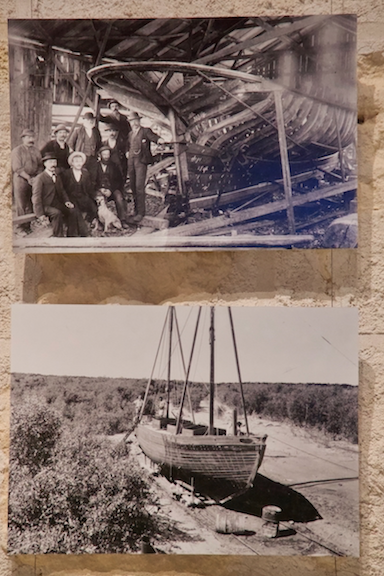 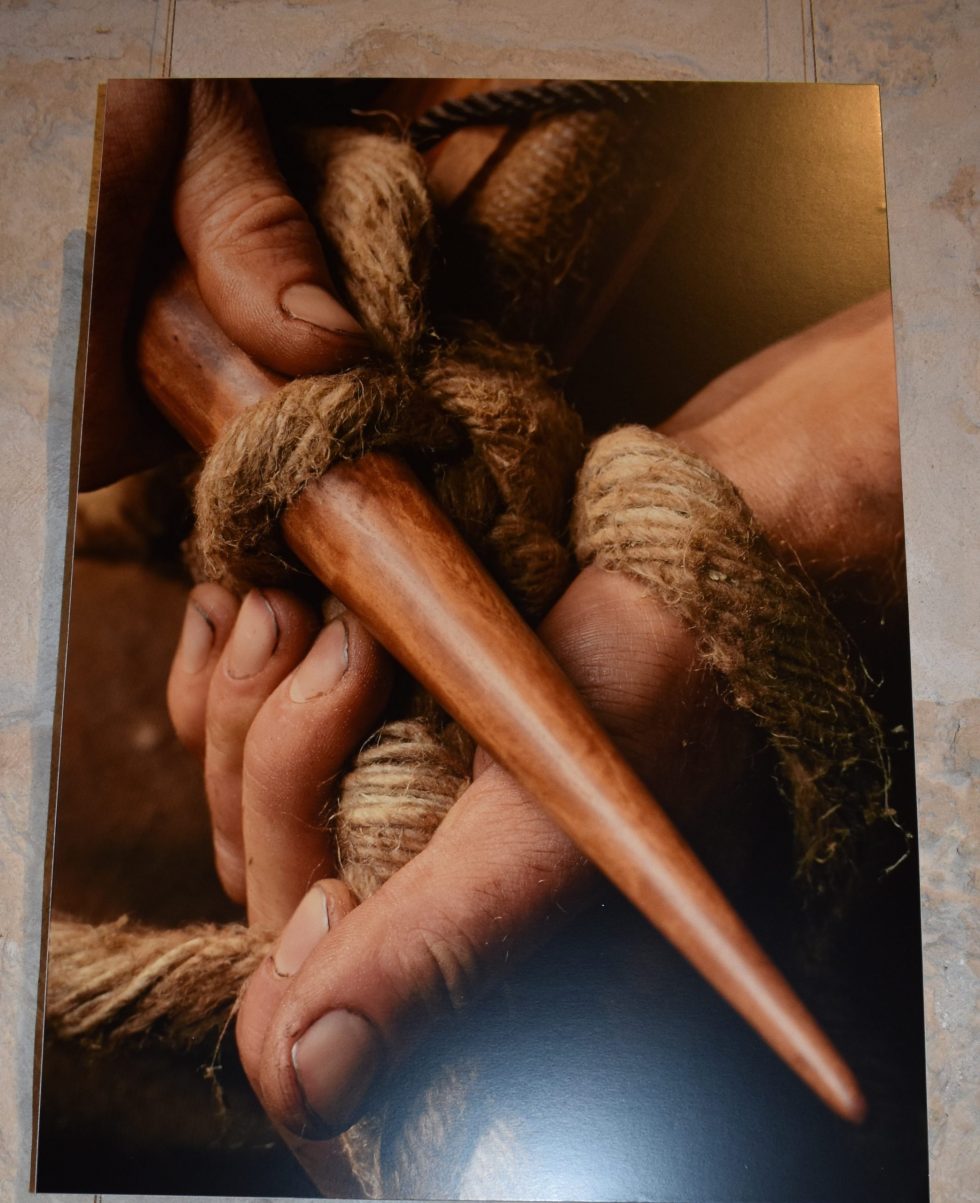 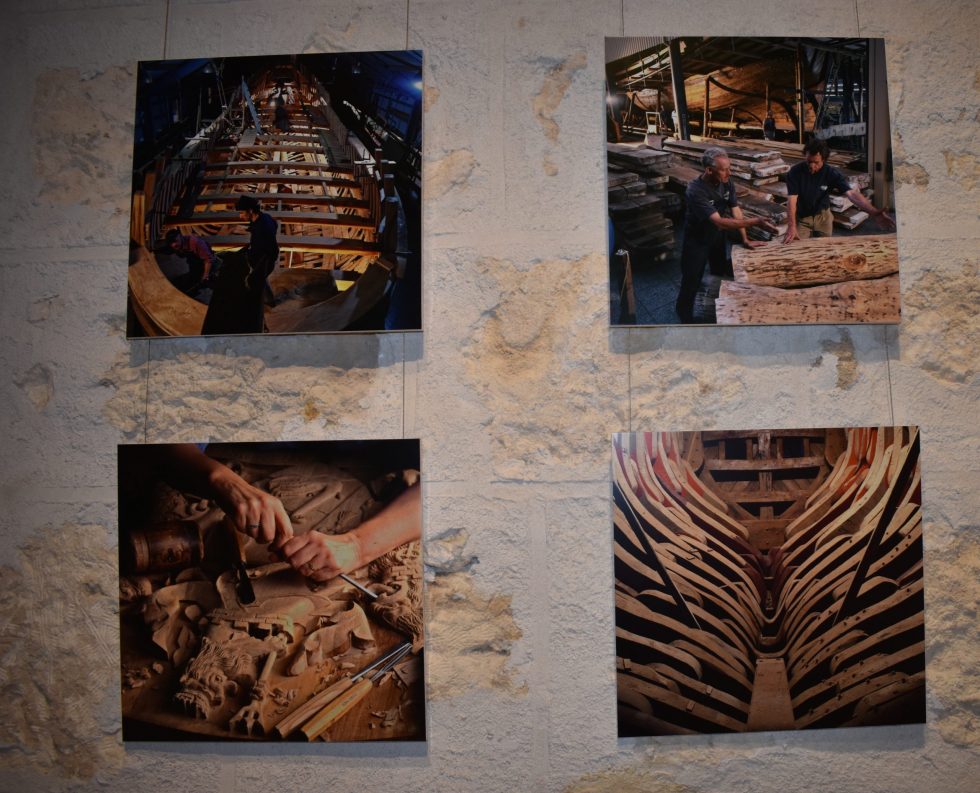 You’ll find selected images and objects reflecting examples of wooden boat building in WA, from the early 1700s to the present day.

The stories stretch from King George Sound in Albany for the purpose of whaling, fishing in Geraldton and pearling in Broome.

This community exhibition is created and presented by the Dutch Australian Foundation with support from the Dutch Ministry of Foreign Affairs, through the Embassy of the Kingdom of the Netherlands in Australia, the City of Fremantle and Fremantle Ports.

It marks the 25th anniversary of the construction of the Duyfken replica in Fremantle. The Duyfken was the first European ship to reach Australian shores in 1606.

The Duyfken replica would never have been built without the passion and enthusiasm of the late Michael Young. The skill and expertise of shipwrights and volunteers involved in building both the Endeavour and the Duyfken replicas was truly remarkable. 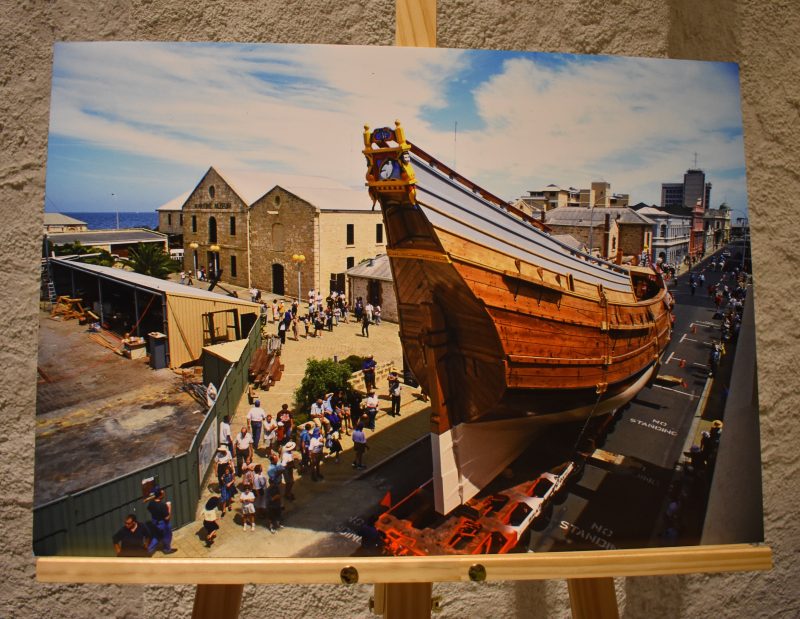 The Duyfken, meaning ‘Little Dove’ in Dutch, is a stunning replica of the first European ship recorded to have landed in Australia. The replica was launched on 24 January 1999 in Fremantle. In December 2020, she left Fremantle and is now at the National Maritime Museum, Sydney. 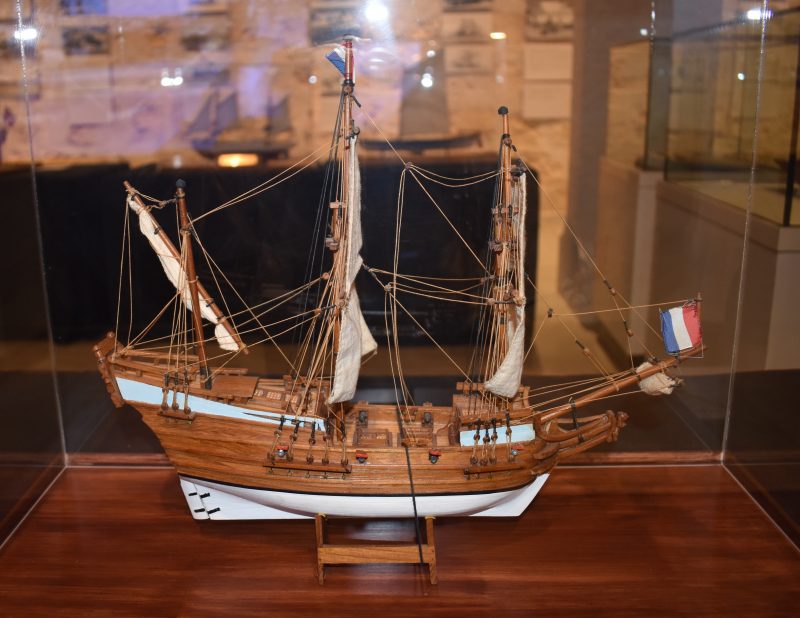 Captain Cook’s Endeavour replica was also built in Fremantle. She took five years to build and was launched in 1993. Thousands have sailed on her. She has covered many nautical miles and long voyages to Europe, the United States and other overseas ports. HMB Endeavour is also at the National Maritime Museum, Sydney.

The curator of this present exhibition, Elly Spillekom,invited Fremantle Shipping News to the opening on 4 December 2021. The Honorary Dutch Consul, Anthony Willinge, spoke about the strong bond between the Dutch and Fremantle. 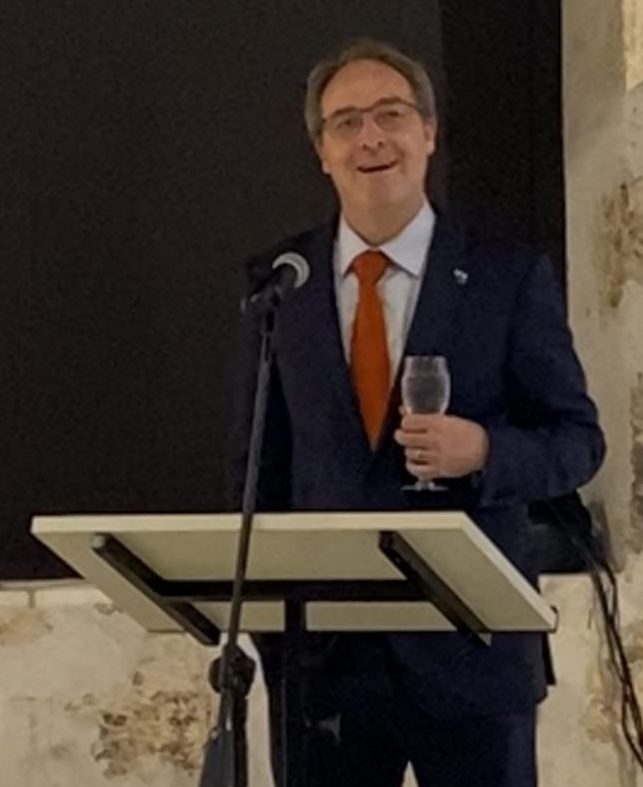 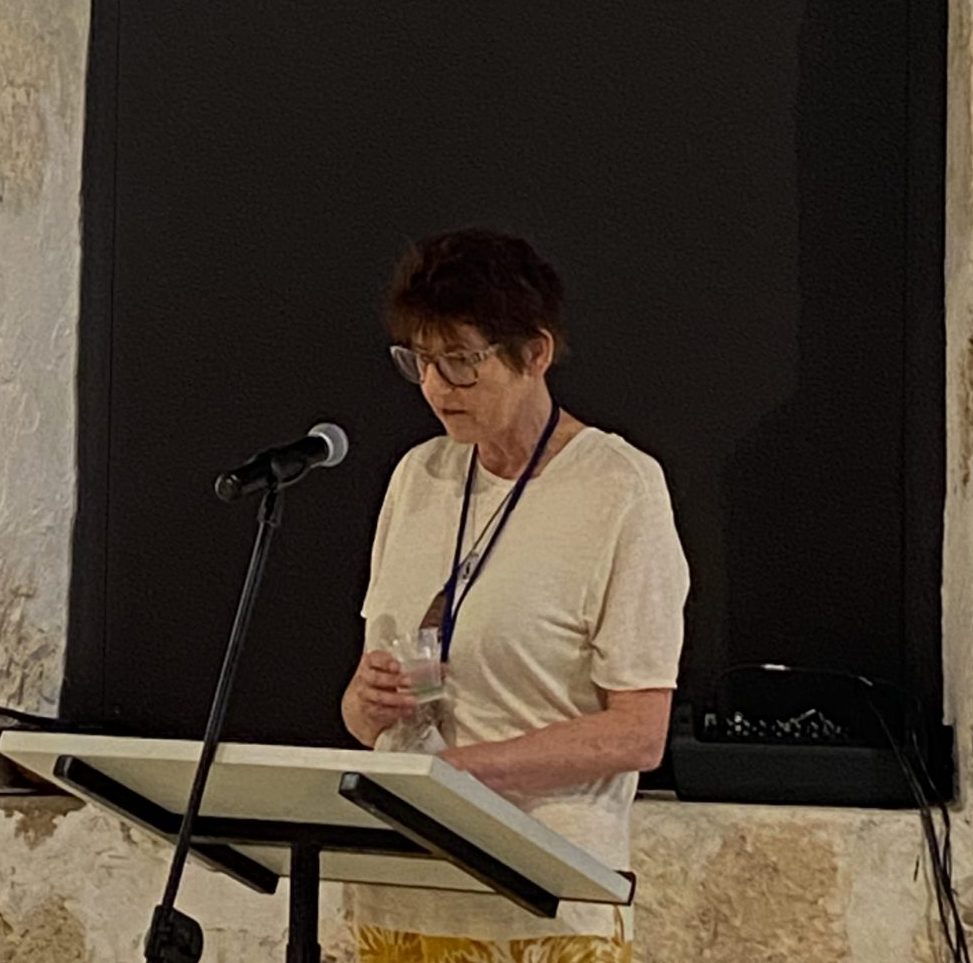 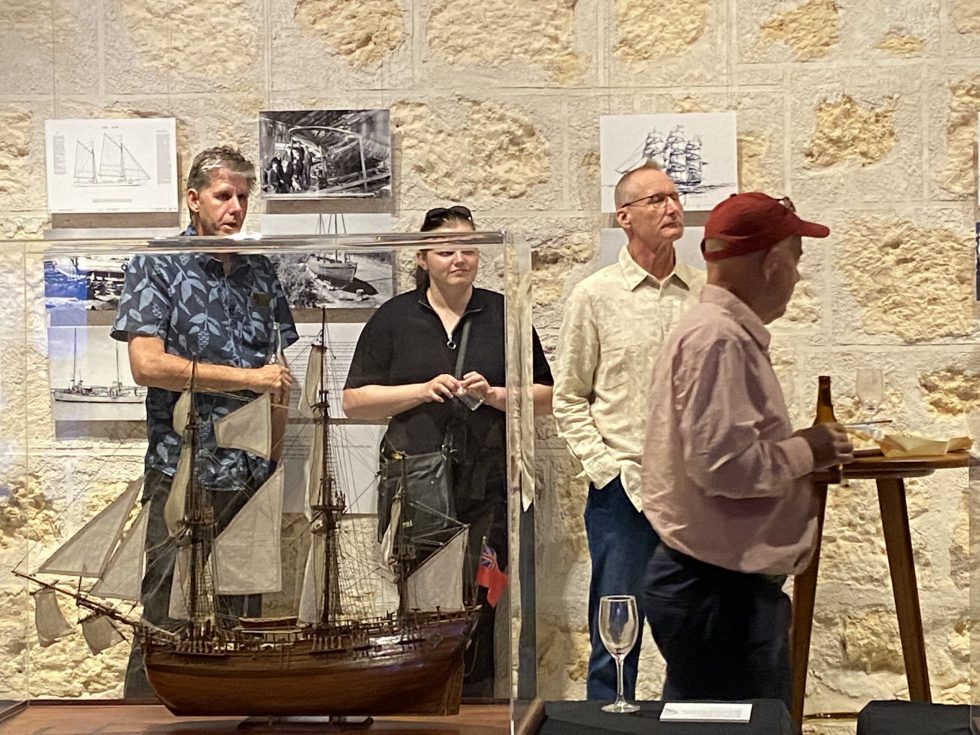 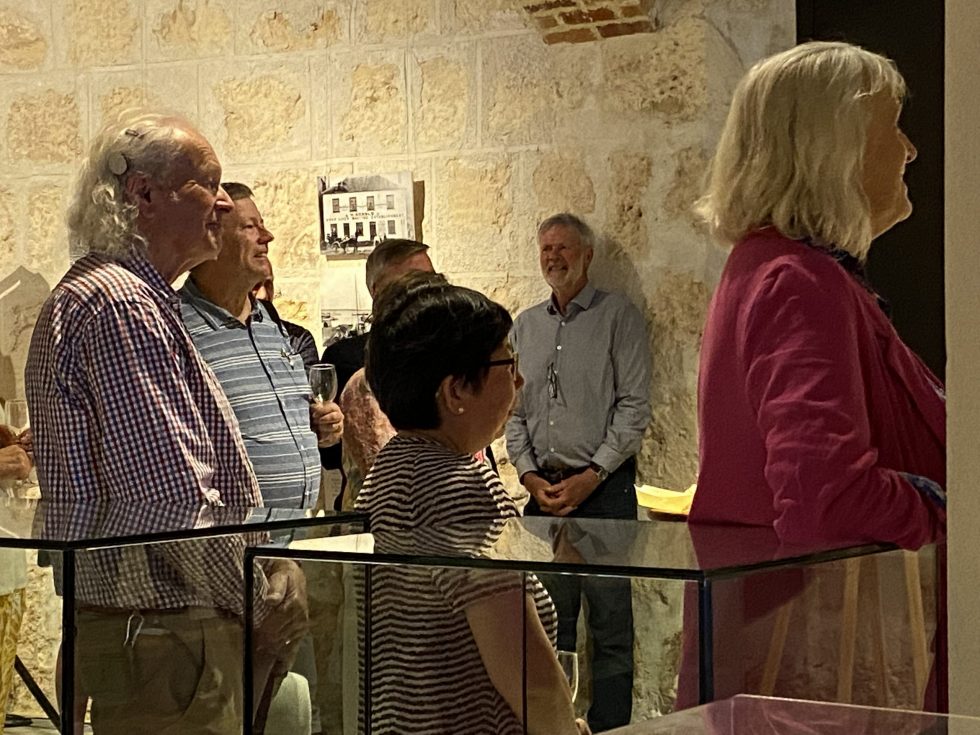 The exhibition runs until 1 May and admission is free.

Sunday 27 March 2-4. The Endeavour replica project and the future of shipbuilding in WA.