Well, here’s a school the exact same age as the Commonwealth of Australia – both 120! 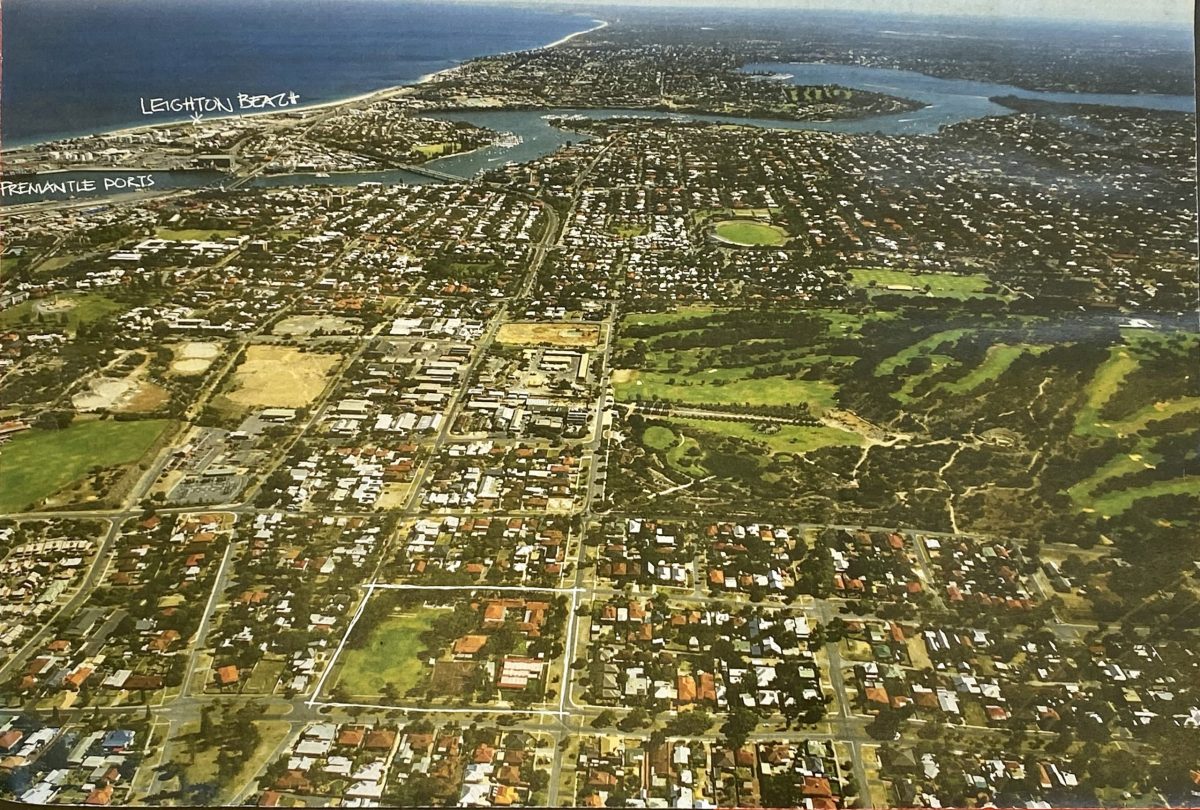 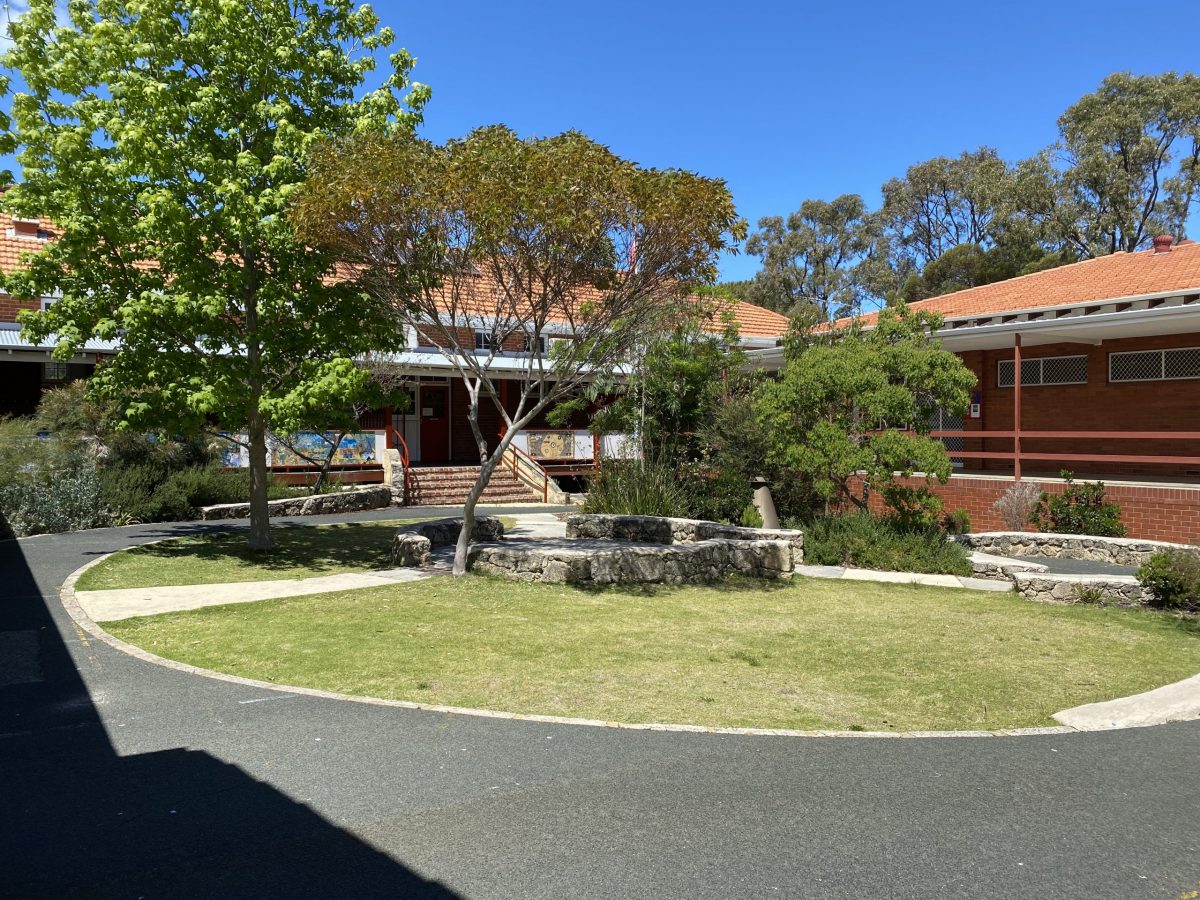 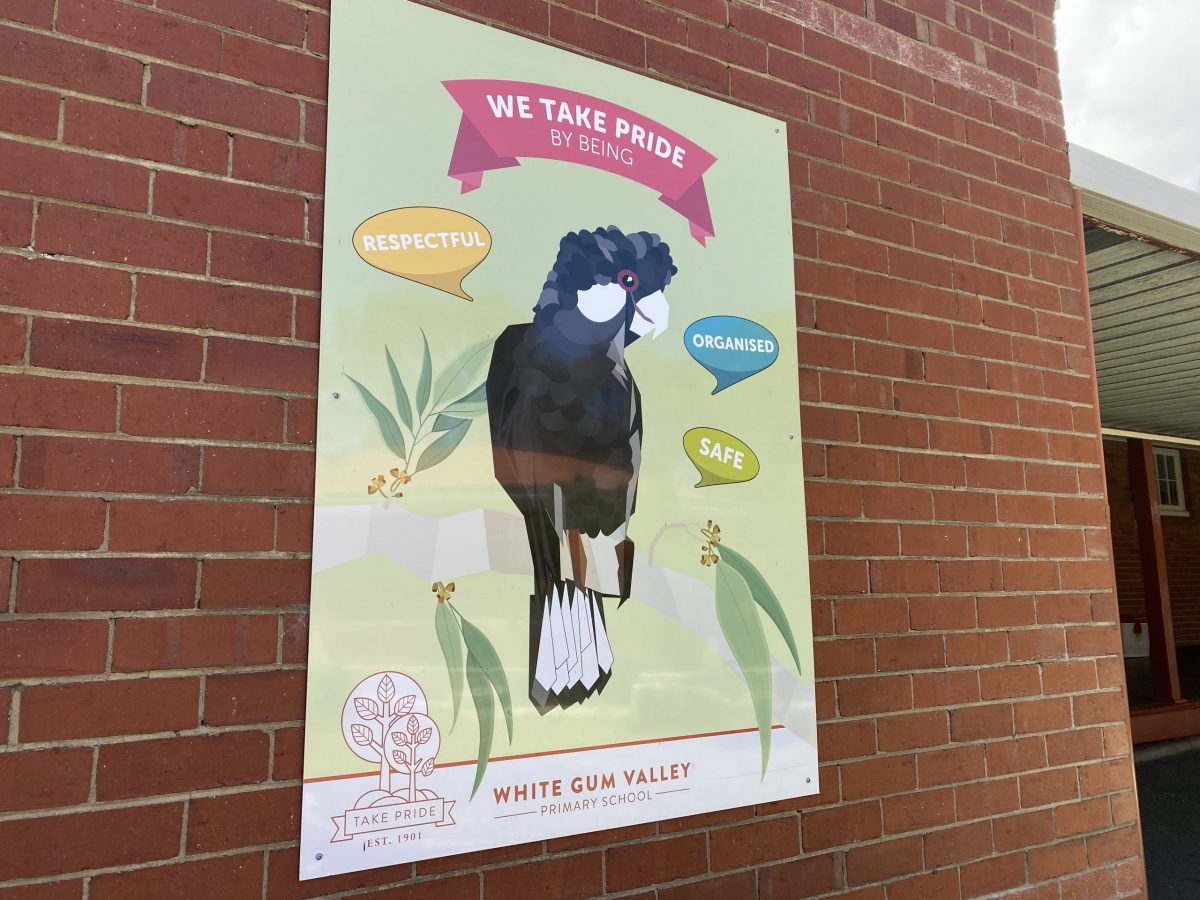 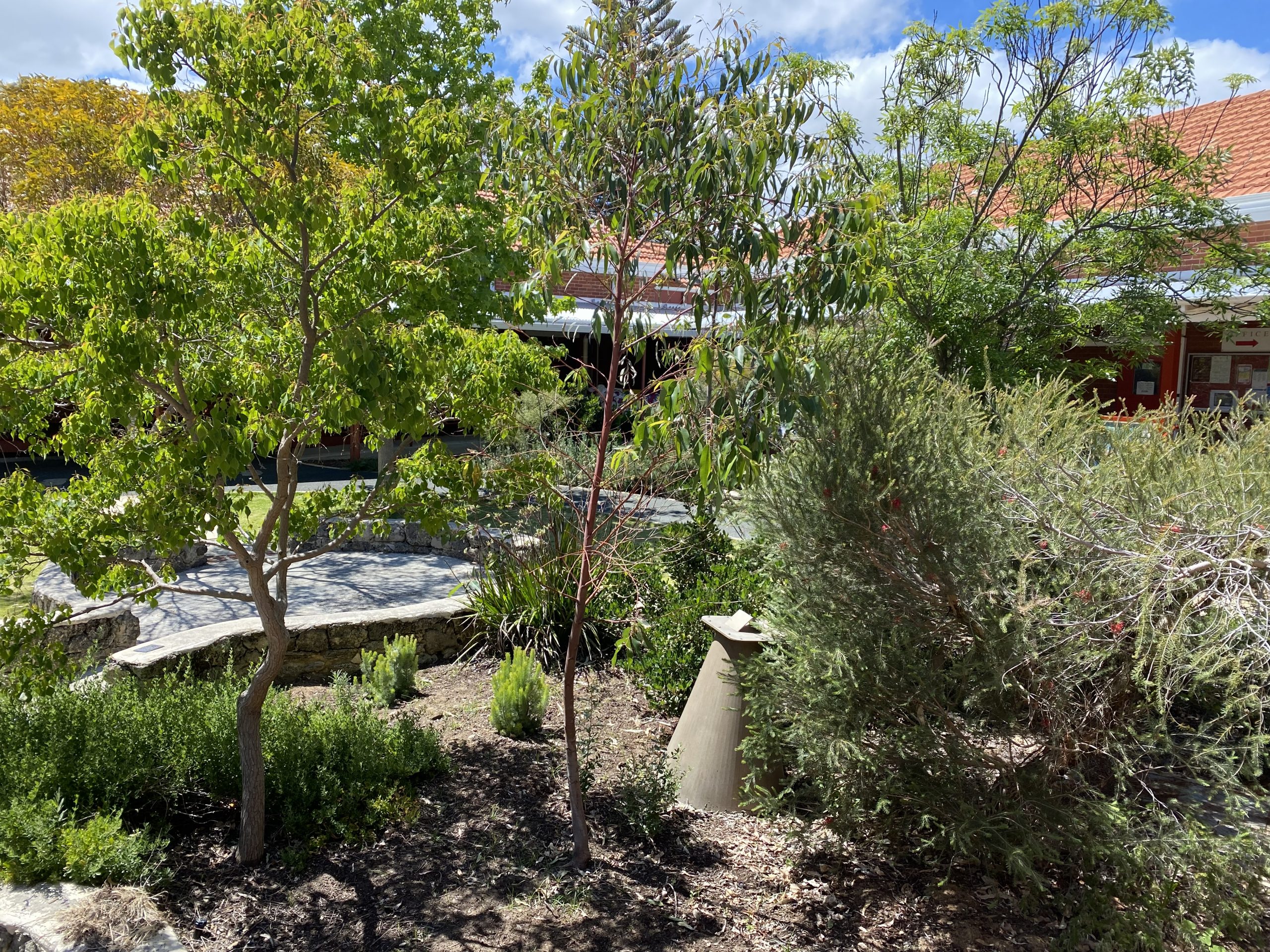 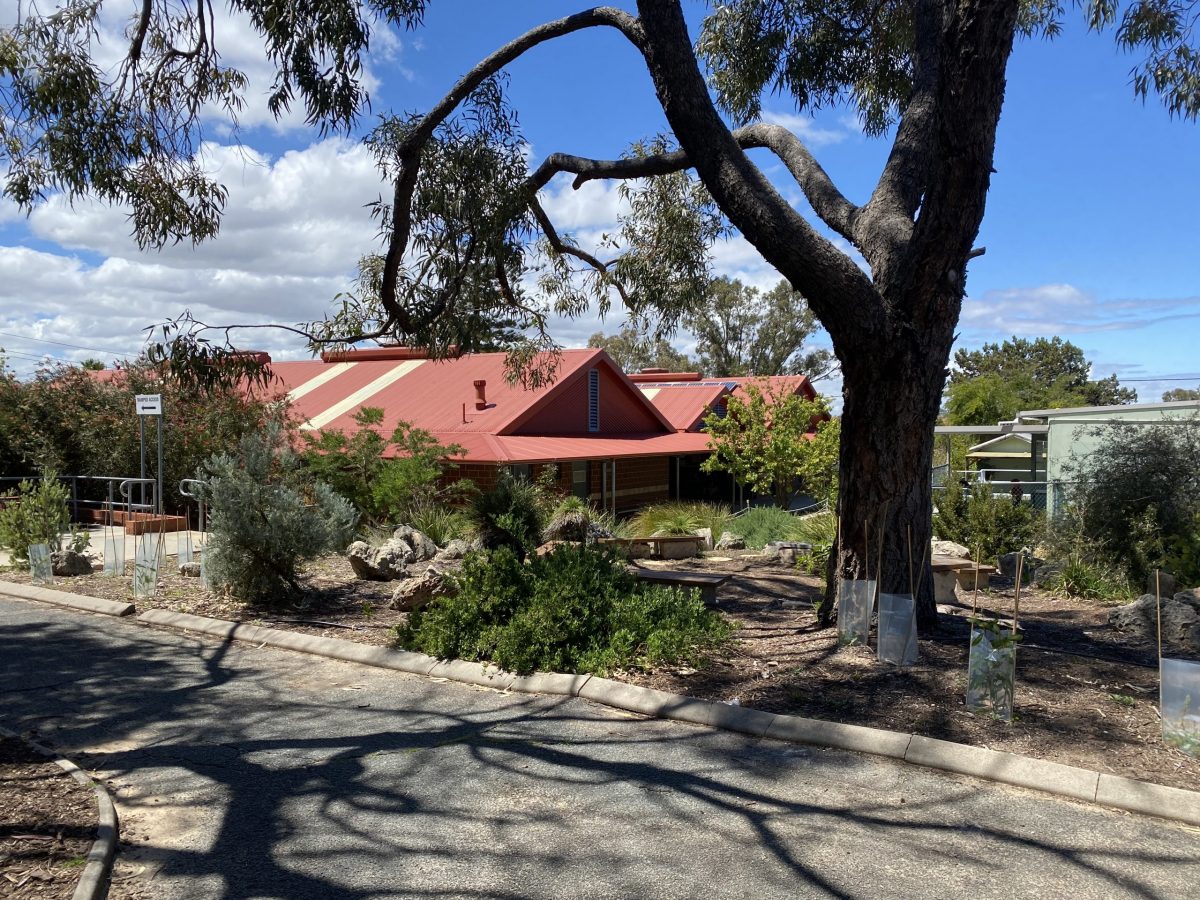 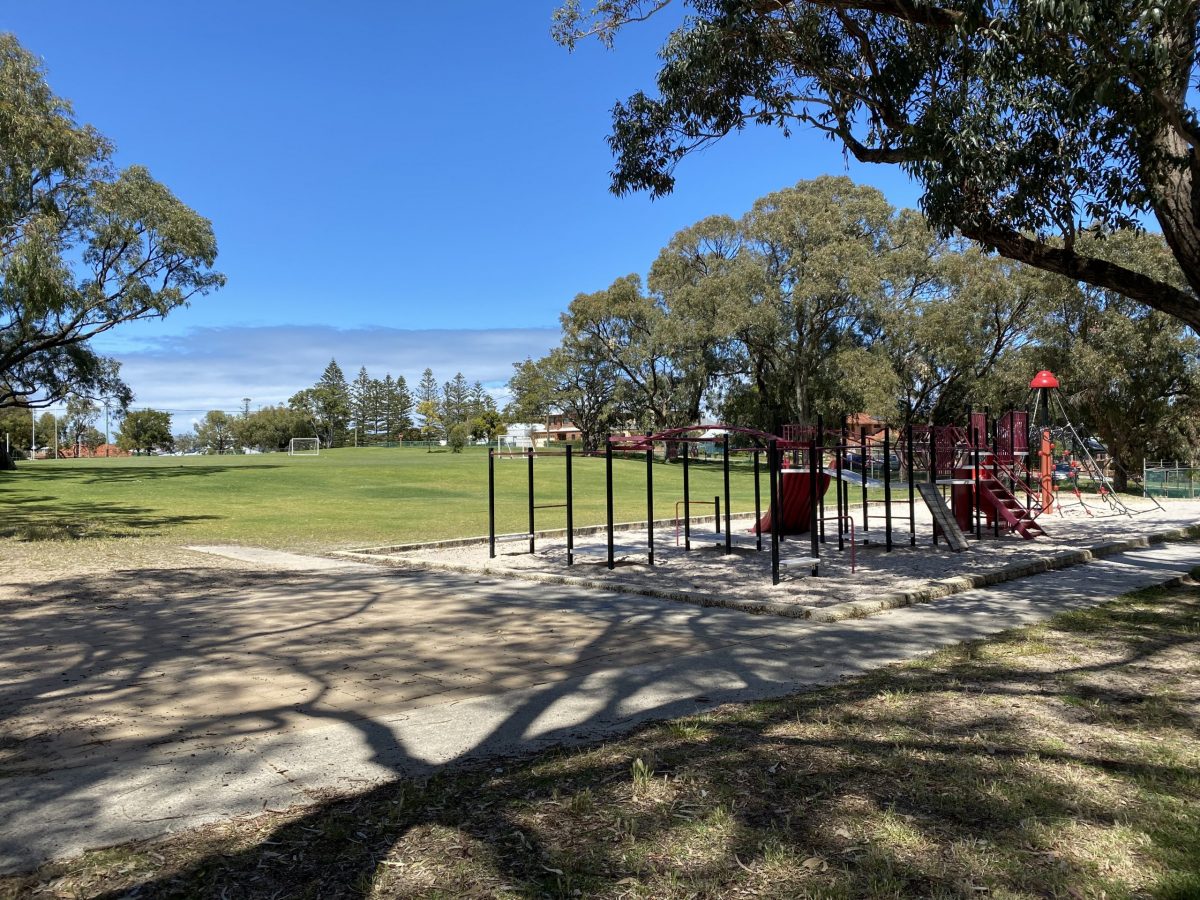 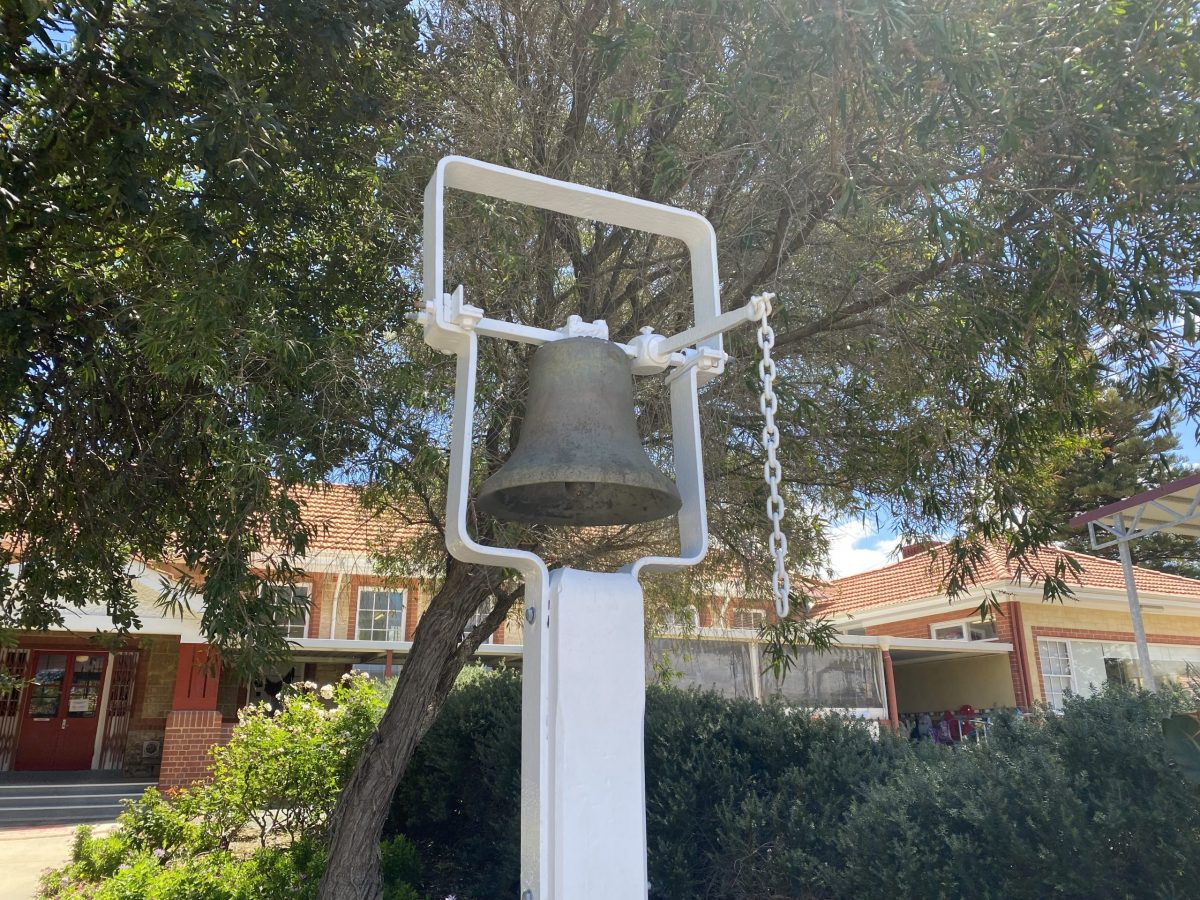 120 years later, there have been 30 PMs, but many, many, many more kids passing through the Valley’s school. Sir Hughie Edwards, decorated WW 2 bomber pilot, VC winner, and later Governor of Western Australia, was one of them.

And what a lovely, intimate school it is. The original buildings are no longer there, but the fabulous 1926 building is, along with the additions that have come over the years. And they still have an original school bell to remind us all of the years past. 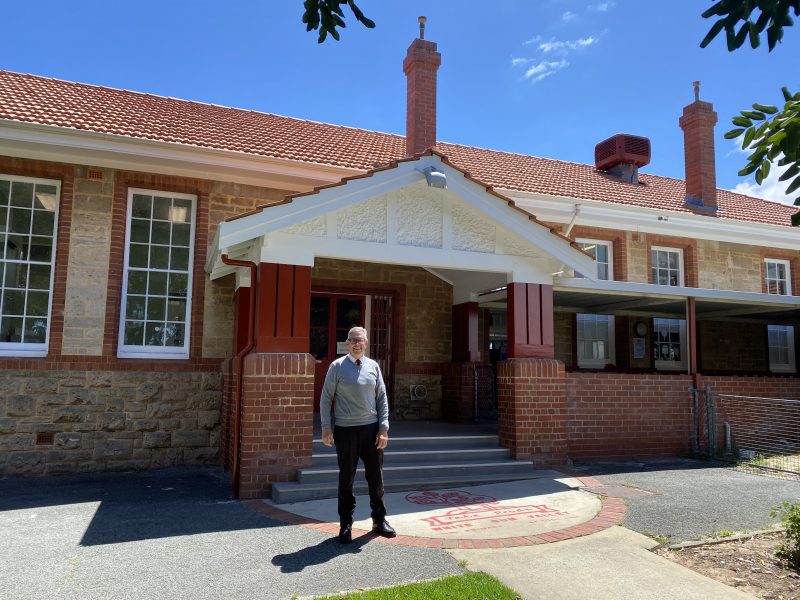 So much history. And so lovingly treasured by everyone connected with the school, including the Principal, Glenn Rondoni (pictured above in front of the 1926 school entrance), and the President of the P&C, Sherry Fletcher.

To celebrate Australia’s 1901 federation of the States, the Duke and Duchess of Cornwall visited Australia. We’re not sure they got to the Valley but if they had hopped on a tram out of Fremantle and then taken a horse and cart out Montreal Street way, they may have seen one of the original classrooms and met the first Principal, Mr Thomas. Perhaps they could have even rung the old school bell! 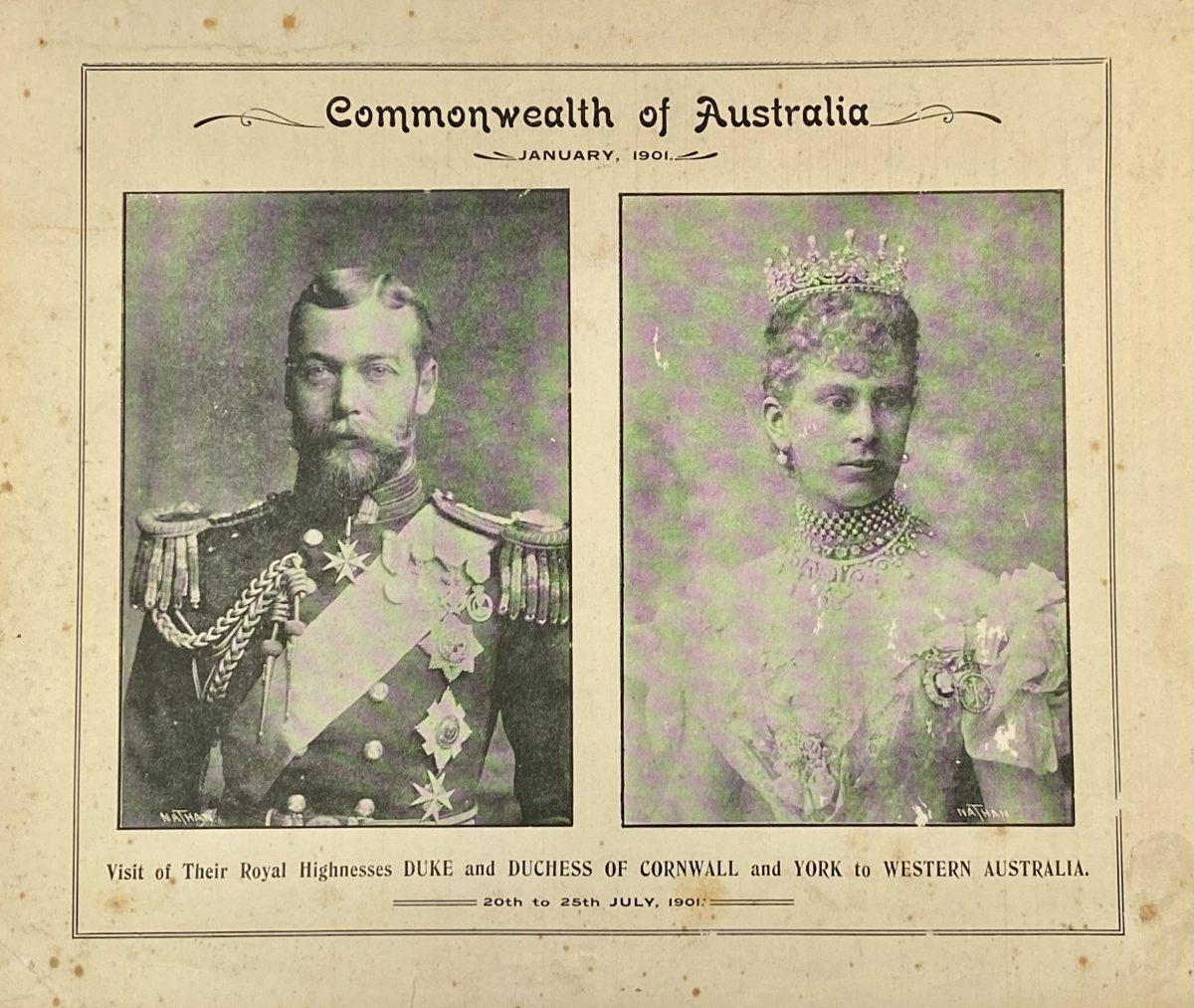 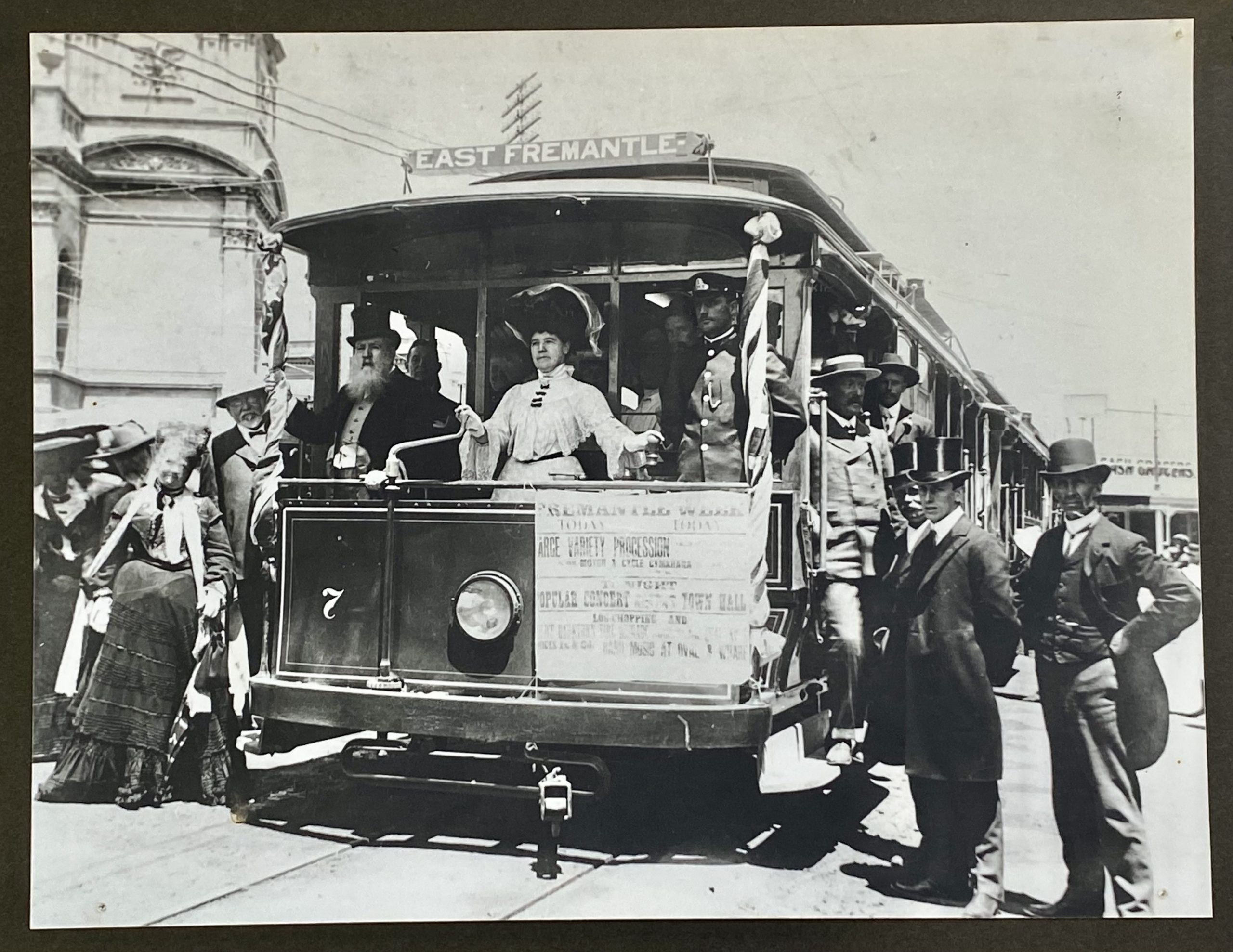 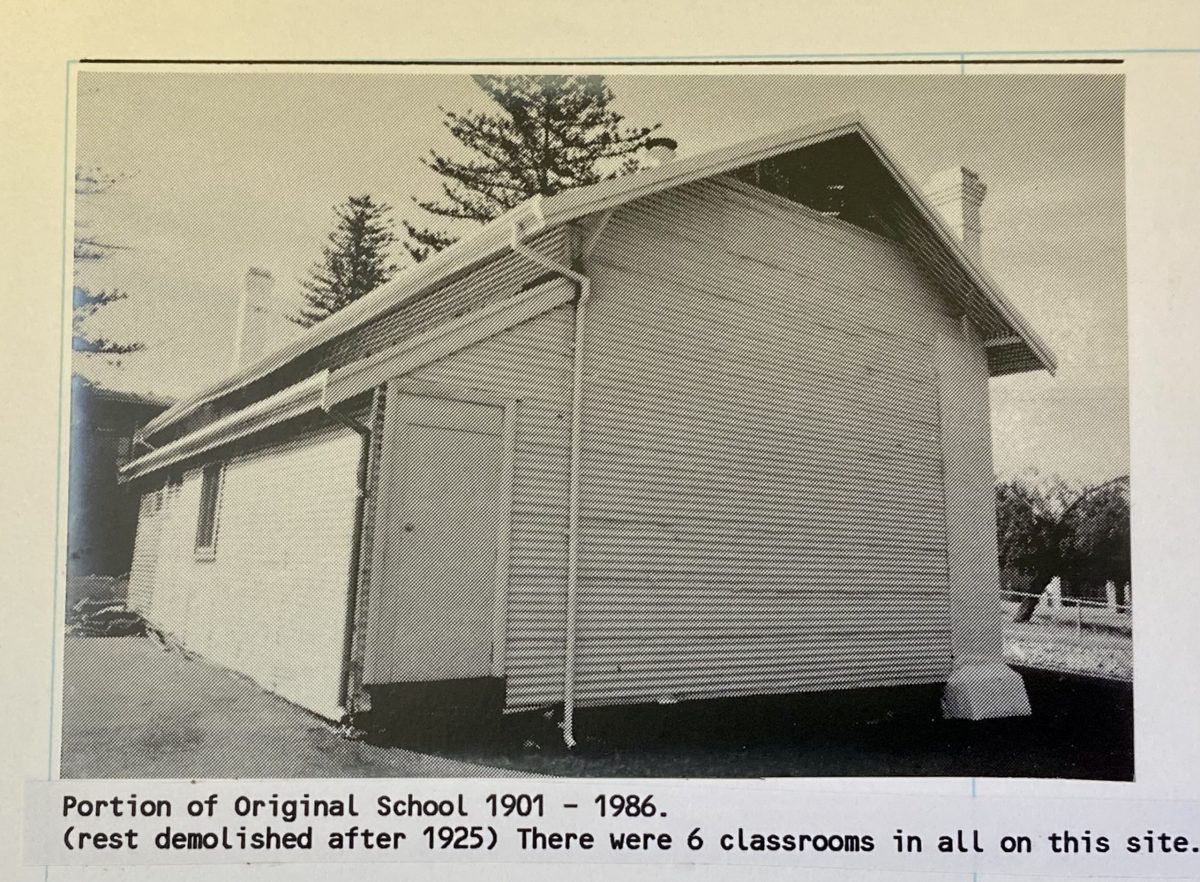 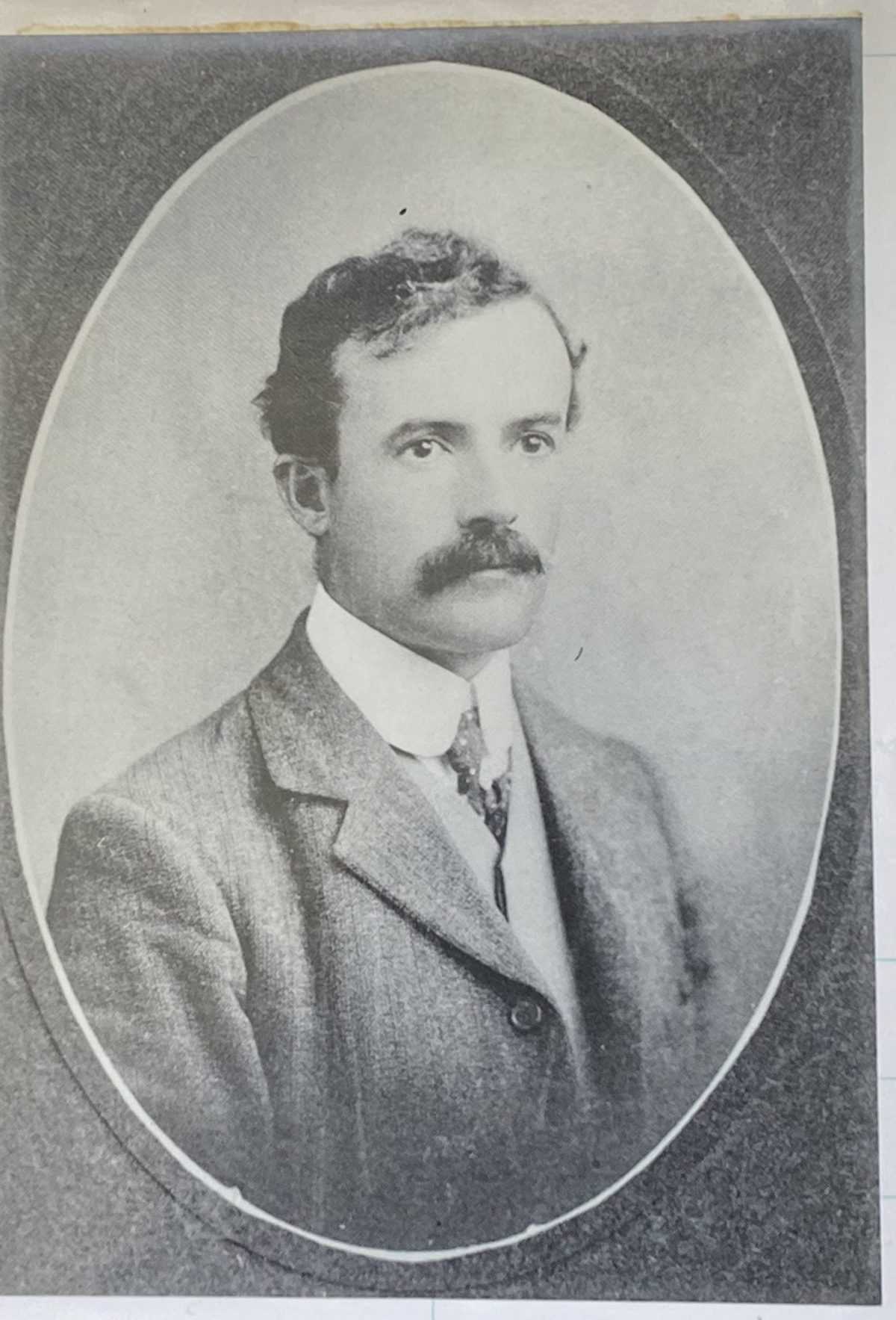 If you walk the streets around the school today you quickly realise the residential catchment area for the school in 1901 must have been the area roughly from Swanbourne Street to Wood Street. The other side of Swanbourne, west to Freo, helped to fill the Alma Street, Freo school. And further east of the school, down into the Valley, must have largely been wide open paddocks.

This extract from a history of the early establishment of the school, prepared some years ago by Mrs Ann Klemm, provides a good account of the school’s early success. 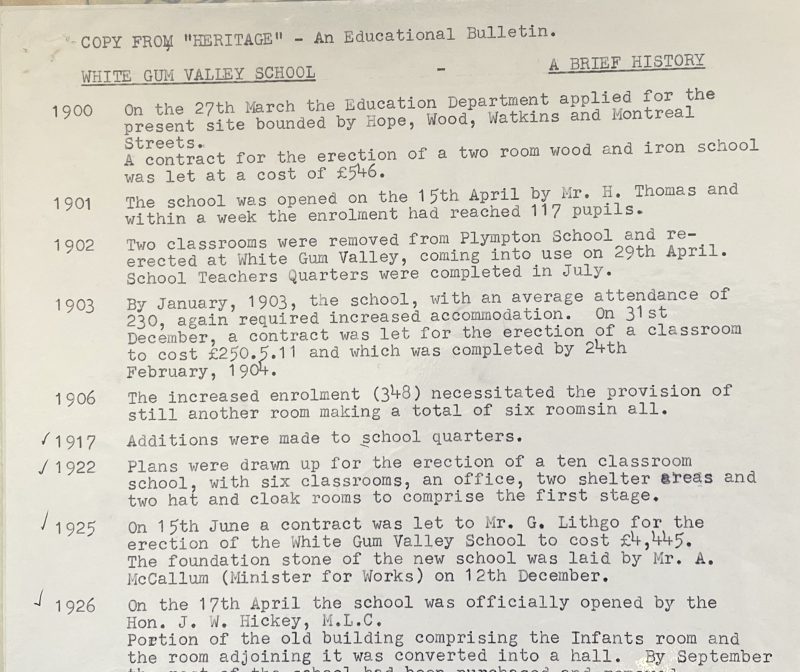 And here’s an extract from a whimsical word picture penned by Mr John Cook, who was a student at the school from around 1930, of what it was like to live nearby to the school some 90 years ago. We expect things were much the same when the school was opened. 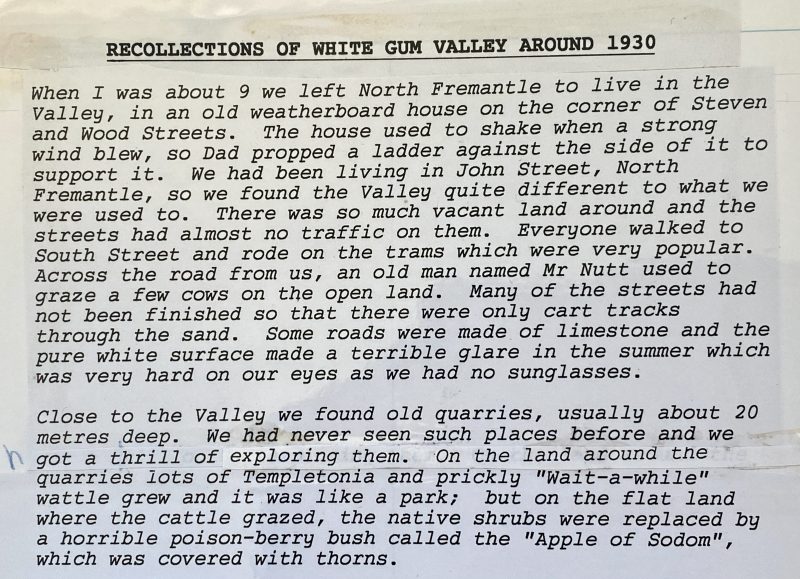 The ‘white gums’ that gave the Valley its name, are of course Tuart trees, one of the loveliest on the planet. A real tree. 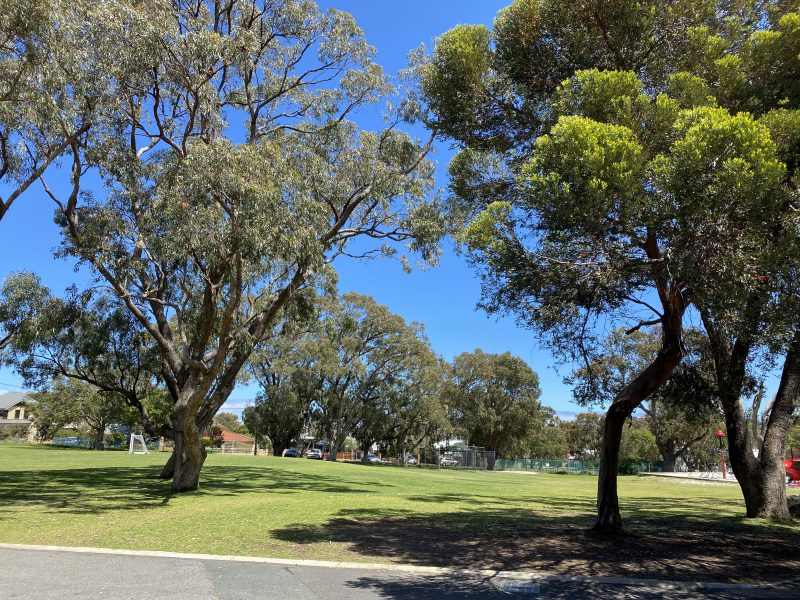 On Saturday 13 November 2021, the school and all associated with it will be celebrating the 120th with a Reunion of past students from across the decades, as well as with a fabulous Fete.

The classrooms will be opened with displays of photographs and materials of one sort and another covering each decade from the beginning.

And at the same time, the Fete will be in full flight on the school oval. 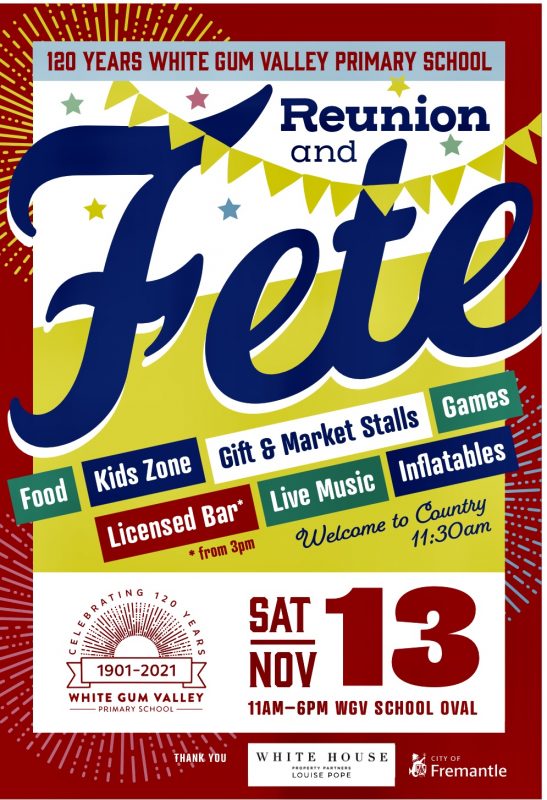 People can expect the feel of an old fashioned fete –
* Devonshire tea and cake stall, meat pies and sausage rolls in canteen bags, homemade curries, fairy floss, ice cream.
* Browse the second hand book stall, plant stall, Christmas craft stall, beauty stall (with bespoke brow and lash bar), school memorabilia stall and local Kindy stall.
* Stock up on Christmas presents such as homemade chutneys and jams, lavender eye-masks, commemorative tea-towels, “I ❤ the Valley” t-shirts and a hot off the press Valley Cookbook – a beautifully designed recipe book with student artwork.
* You can also become part of history and buy a brick enscribed with your family name to forever be a part of the school.

There’s plenty for kids of all ages thanks to the P&C’s sponsors – inflatables, bouncy castle, dunk tank and games, Farmer Damian’s petting zoo, the Buster Fun Bus and silent disco should keep the kids entertained all day!

There will also be a Silent Auction with some great items up for grabs – vouchers from Strange Company, Ronnie Nights, Emily Taylor, Morrisons, Funky Monkey Bars, F45 fitness and many more!

And then there’s The Stage!

Thanks to the generous support of local pollies, the stage will be jam-packed with local talent.

Welcome to Country opens the stage at 11.30am, followed by birthday cake cutting, and then entertainment through to 6pm.

You will get to enjoy the school choir, kids music, belly dancing, and then from dad rock to Trevalene Weiser and Donna Simpson (the Waifs).

Enjoy the music while sipping on a glass of wine (in the licensed adults only bar area).

You won’t be surprised to learn that the P&C has been organising events and fundraising since a Parents Association was formed back in 1918.  It will be a great show!

All funds raised at the Fete go straight back to the school for a new adventure/nature play area planned to start next year on the west side of the oval.

It’s going to be one helluva day. Be there!

* This article was written by Michael Barker, editor, Fremantle Shipping News, and the photographs, and photos of photographs, are his too.