‘Perth Now Fremantle’ – Do They Have No Shame?

Fremantle Shipping News is an online magazine all about Freo which has now been on the local scene over 4 1/2 years.

Our stories are Freo focussed.

We do podcast interviews with Freo related people.

We bring you great photographs of the Port and the streets of Freo and things happening in and around Freo.

We are pretty much the heart of Freo

The Fremantle Herald is another local Freo publication.

More recently a couple of bigger media players in Perth have tried muscling in on this Freo territory with what purport to be local Freo newspapers.

One is Perth Now, owned by Kerry Stokes’ Seven West Media – the owner of The West Australian newspaper and Channel 7 – which delivers to Fremantle letterboxes what purports to be a ‘Fremantle’ edition. 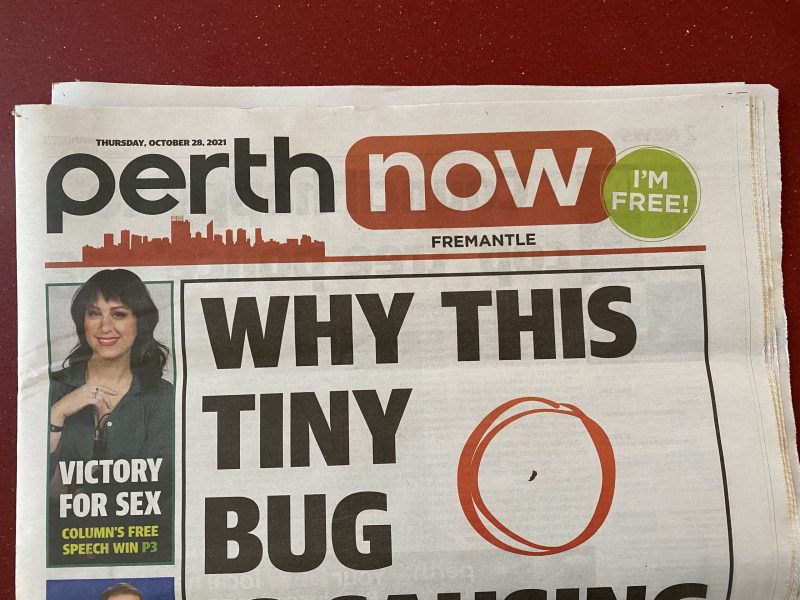 Inside the publication they trumpet – ‘Perth Now. Your NEW local newspaper. Perth has never seen anything like it.’

The front page of the Thursday, October 28, 2021 edition has a reference to a story on page 5, which, as it turns out, is a story about a beetle getting into trees in East Fremantle. But otherwise nothing on the front page, including a piece by a Channel 7 sports reporter, has anything remotely to do with Fremantle or even the Dockers. It’s about volunteering.

Nor does anything on page 2 have anything to do with Freo. There’s an article about the City of Canning, a long way from Freo.

On page 3, however, there is a short Freo story about St Pats expanding its community support centre in Freo. The other, much bigger story on page 3 is about ‘Sex’, and while Freo is not sex-less, this isn’t a Freo story. 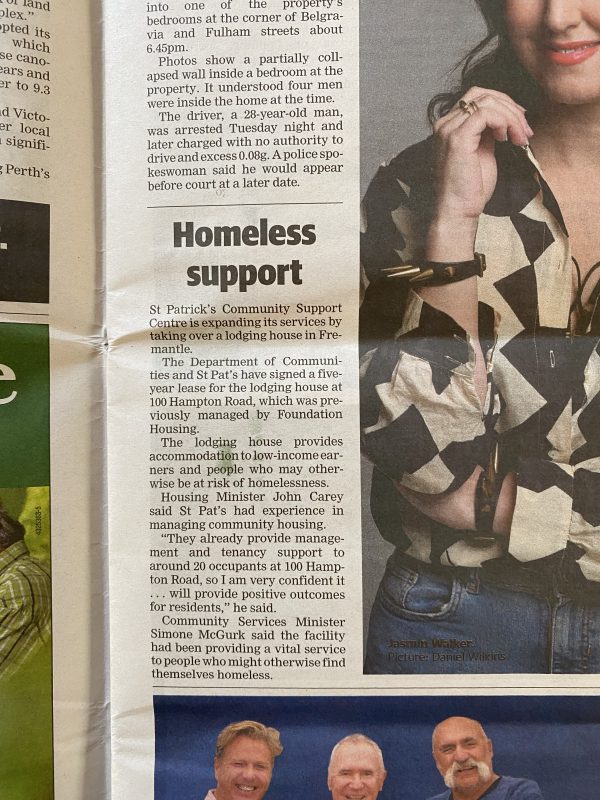 There’s nothing at all about Freo on page 4.

And apart for the page 5 story about tree beetles in East Fremantle that’s about it for Freo or Freo related stories.

There’s not another story to do with Freo from pages 6-27!

Bicton and Cockburn are mentioned. As is a restaurant in City Beach. And a new bar in Perth. And the sports reporter’s story about volunteering.

There are, though, lots and lots of adverts!

Why does Perth Now bother? Well, for the advertising revenue obviously. It’s an advertising flyer.

What they do get right however, is that ‘Perth has never seen anything like it’.

We can’t quite believe that Mr Stokes’ media empire would circulate an advertising flyer masquerading as a ‘NEW local newspaper’ that brands itself as ‘Perth Now Fremantle’.

Do they have No Shame?