Health Matters ~ A Different Perspective – THE “LOWDOWN” ON CHOLESTEROL AND STATINS

Fremantle Shipping News is pleased to bring you Health MATTERS, a feature in which Dr Tony Edis MD provides a different perspective on the latest trends in medical science.

Tony’s perspective has been honed by 35 years of clinical experience, including 12 years at the famed Mayo Clinic, and by a number of contemplative years in retirement keeping abreast of the latest trends in medical science.

But best of all, Tony is a proud alumnus of John Curtin Senior High School, Fremantle.

In his previous articles, Tony has provided –
* a personal take on the Intermittent Fasting trend, and
* the Food Guide Pyramid and dietary fat.

In this article, Tony asks: if, according to the latest evidence, dietary fat is not the enemy, then how come so many of us are taking statins to lower our blood cholesterol?

In our last Health Matters we looked at the evidence showing that a moderate level of dietary saturated fat intake doesn’t seem to have much influence on one’s chances of developing coronary heart disease – CHD.

Yet, we know from numerous well conducted randomised controlled trials, that taking statins to lower the level of fat in the blood (especially cholesterol), can reduce the risk of death and cardiovascular events by as much as 25% in people with or without a history of CHD.

At first sight these two observations would appear somewhat at odds. What’s going on here ? To explain the apparent paradox, we need to take a closer look at cholesterol and how its production is controlled.

CHOLESTEROL — SOME SIMPLE FACTS
Cholesterol is an essential type of fat that is an integral component of cell walls throughout your body. It also plays an important role in the production of some hormones and Vitamin D and it maintains the health of nerve cells.

It is carried in the blood, packaged with proteins to form lipoproteins. There are two types of lipoprotein cholesterol:

• Low Density Lipoprotein Cholesterol or LDL-C, sometimes called “bad” cholesterol, because if your body has too much LDL-C it is deposited in the lining of your blood vessels, to form fat-filled plaques — a process called atherosclerosis, or more colloquially, “hardening of the arteries” (discussed in more detail below).These plaques can build up over time, as more LDL-C accumulates, resulting in narrowing and eventual blockage of arteries. If this occurs in arteries supplying the heart or brain, the blockage can cause chest pain (angina), heart attack or stroke.

• High Density Lipoprotein Cholesterol or HDL-C, sometimes called “good” cholesterol, because these particles absorb cholesterol from the arterial plaques and carry it back to the liver, where it is broken down and eliminated.

The key to explaining the apparent paradox referred to above is the fact that about 3/4 of the cholesterol in the body is actually made in the liver; only a small amount comes from the food we eat. Moreover, the level of dietary fat intake has very little to do with regulating the production of cholesterol by the liver — that process is controlled by our genes.

CHOLESTEROL – HOW DO GENES CONTROL ITS PRODUCTION?
This genetic control involves a number of genes which encode not only the chemical reactions involved in cholesterol production in the liver cell but also the mechanism which regulates its rate of production.

Principal among the latter is the gene which encodes for the lipoprotein receptors located on the surface of the liver cells which soak up LDL-C from the blood and transport it into the interior of the liver cells. There the LDL-C puts a brake on cholesterol production (by a process known as end- product feedback control) thus preventing over accumulation of cholesterol.

Individuals who lack a copy of this gene (about 1:250 of the general population) have a condition known as heterozygous Familial Hypercholesterolaemia, or FH, which is characterised by a deficiency of lipoprotein receptors. As a consequence the liver cells are unable to extract LDL-C from the blood, allowing cholesterol production to barrel out of control. This results in markedly elevated blood cholesterol levels and a much greater risk of atherosclerosis and premature heart attack and stroke.
Other individuals with a family history of CHD may have abnormalities (mutations) in genes controlling different aspects of cholesterol production and transport within the body, which also cause hypercholesterolaemia, but of a lesser degree than found in FH. Just how prevalent these conditions are in the general population is currently the subject of study.

HOW DO STATINS WORK TO REDUCE YOUR RISK OF ATHEROSCLEROSIS?
Statins were originally isolated from fungi, which explains why they are sometimes referred to as “penicillin” for cholesterol. 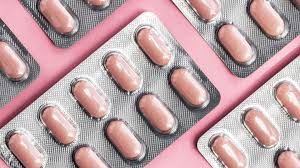 It was initially thought that these drugs had only one method of action, ie.
blocking of the vital enzyme (HMG-CoA reductase) involved in the liver’s chemical production of cholesterol.

However, there appears to be more to the story :

• There is some evidence that statins can also increase HDL-C levels which can cause actual regression of lipid-laden plaque. HDL-C is able to absorb LDL-C from the plaque and convey it back to the liver for breakdown and removal from the body.

• And, in recent years we have also learnt that statins have a number of other substantial beneficial actions that offer protection against the development of atherosclerosis, which have nothing to do with blood cholesterol levels. These relate to the fact that atherosclerosis is fundamentally a chronic inflammatory process resulting from micro- damage to the delicate blood vessel lining cells caused by shear stress from the turbulent and high speed flow of blood. The inflammatory reaction invoked by this injury results in the formation of lipid-filled plaque in the blood vessel wall. These plaques produce physical narrowing of the blood vessel lumen impeding blood flow. The plaques can subsequently disintegrate and induce blood clot formation, which can cause sudden blockage of blood flow, with potential lethal consequences. Statins have a number of potent anti-inflammatory actions which counteract several steps in the process of atherosclerosis.

SO, HOW DO DOCTORS CHOOSE WHO WILL BENEFIT FROM STATIN TREATMENT?
It would be a great thing to be able to identify those individuals in the population who are at increased risk of atherosclerosis, before CHD has a chance to develop. There is a critical need to do so because CHD remains the leading cause of mortality in our society and approximately half of all individuals who die of cardiovascular disease every year, die suddenly. More significantly, half of those sudden deaths occur without any warning symptoms. This has spurred efforts to find screening tests which can identify latent, or asymptomatic coronary artery disease.

The first screening test should be a blood cholesterol level.

If it is elevated, your GP can access a cardiovascular risk assessment tool which evaluates multiple factors (such as ethnicity, family history, lifestyle, smoking, type 2 diabetes, body weight etc) to determine your suitability for statin treatment and its most appropriate dosage.

Conventionally, people aged 45 years and older are encouraged to have their cholesterol and risk for heart disease assessed (Aboriginal and Torres Strait Islanders are encouraged to have this assessment done from age 35 years). But is this early enough ? According to the American Heart Association a person’s first cholesterol screening should occur between the ages of 9 and 11, and then be repeated every five years after that. Certainly, if one has a family history of CHD or stroke, testing should occur at an early age.

Currently, genetic screening studies may be undertaken if there is reason to suspect FH. In the future it may be possible to screen for other risk-inducing mutations as well.
You may be interested to know that moves are afoot in the U.S. to get the Food and Drug Administration (FDA) to approve the non-prescription, over- the-counter sale of statins to people who have used a web-based app to evaluate their own eligibility for such therapy.

Proponents for such a move argue that the safety profile for low dose statins is as good, or better than, aspirin.The app was programmed using the 2018 cholesterol treatment guidelines from the American Heart Association, American College of Cardiology and 10 other societies, on moderate-dose use of one of the statins (rosuvastatin). The self assessment of risk was equivalent to that performed by a panel of doctors in fully 96% of individuals who participated in a trial of the web app. This high level of accuracy is most impressive making it likely that sometime in the future the FDA will approve use of the app and the non-prescription purchase of statins in the US.

However, I tend to agree with opponents of such a move who argue that statin therapy should never be considered in isolation from appropriate professional advice and recommendations for leading a healthy lifestyle — including regular physical exercise; a healthy diet (one which may include some saturated fat but avoids sweetened and processed foods); cessation of smoking; and avoidance of obesity. For more on this, refer to previous “Health Matters” about Intermittent Fasting and The Food Guide Pyramid.

In case you missed Dr Edis MD’s previous articles here they are –
* The first one on the, Intermittent Fasting trend
* The second dealt with the Food Guide Pyramid and dietary fat.