Out of the US, Bloomberg is reporting that the huge cruise shipping line, Royal Caribbean Cruises Ltd share price has tumbled after reporting second-quarter results that fell short of Wall Street projections and saying the delta variant of Covid is having a “modest impact” on bookings. 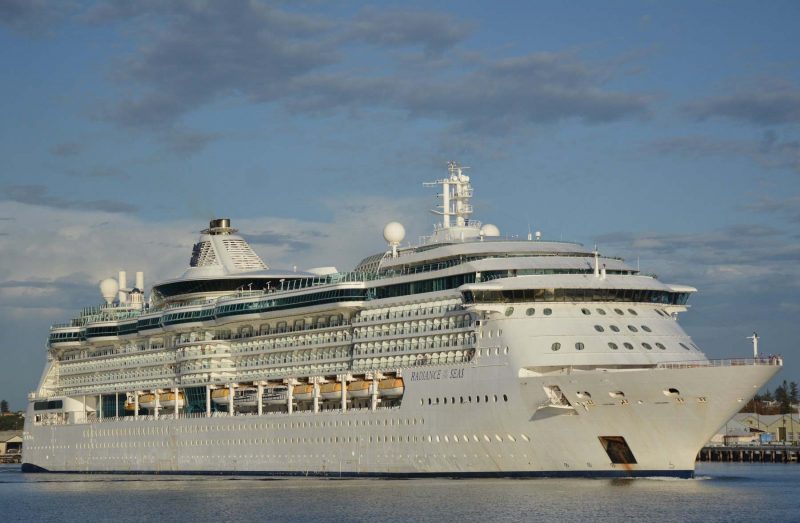 Radiance of the Seas, Royal Caribbean Line, in Freo February 2020

The cruise operator reported a loss of US$5.06 a share (or US$1.3 billion), excluding some items. That compared with the US$4.36 a share loss projected by analysts, on average. With virtually no ships sailing the during the period, revenue was just US$50.9 million, Royal Caribbean said, less than the expected US$146.4 million.

The cruise industry has been counting on better days ahead. After shutting down because of the pandemic, the first paying cruise in around 15 months left a US port at the end of June. But with caseloads surging again, including in the industry hub of Florida, the delta variant is clouding the industry’s recovery plans.

“There was a little bit of a modest or small change in that trajectory even though the month of July was our second-best booking month of the year,” Liberty said in an interview. The pullback was more noticeable in markets where the variant is surging, including Florida, he said.

Shares of Royal Caribbean fell as much as 5% to US$70.74 in New York, the most since July 19, threatening to extend their losing streak to a seventh-straight day.

Royal Caribbean is comfortable with the $5 billion it has in liquidity, Mr Liberty said, noting that customer deposits were rolling in again. He said the company would keep an eye out for opportunities to refinance.

“We’re intensely focused on getting back to our pre-Covid unencumbered balance sheet,” he said.

In a separate announcement, the company said late Tuesday that is would have its entire fleet sailing again by spring 2022. Chief Executive Officer Richard Fain previously said he expected most of the fleet to operating by the end of this year.