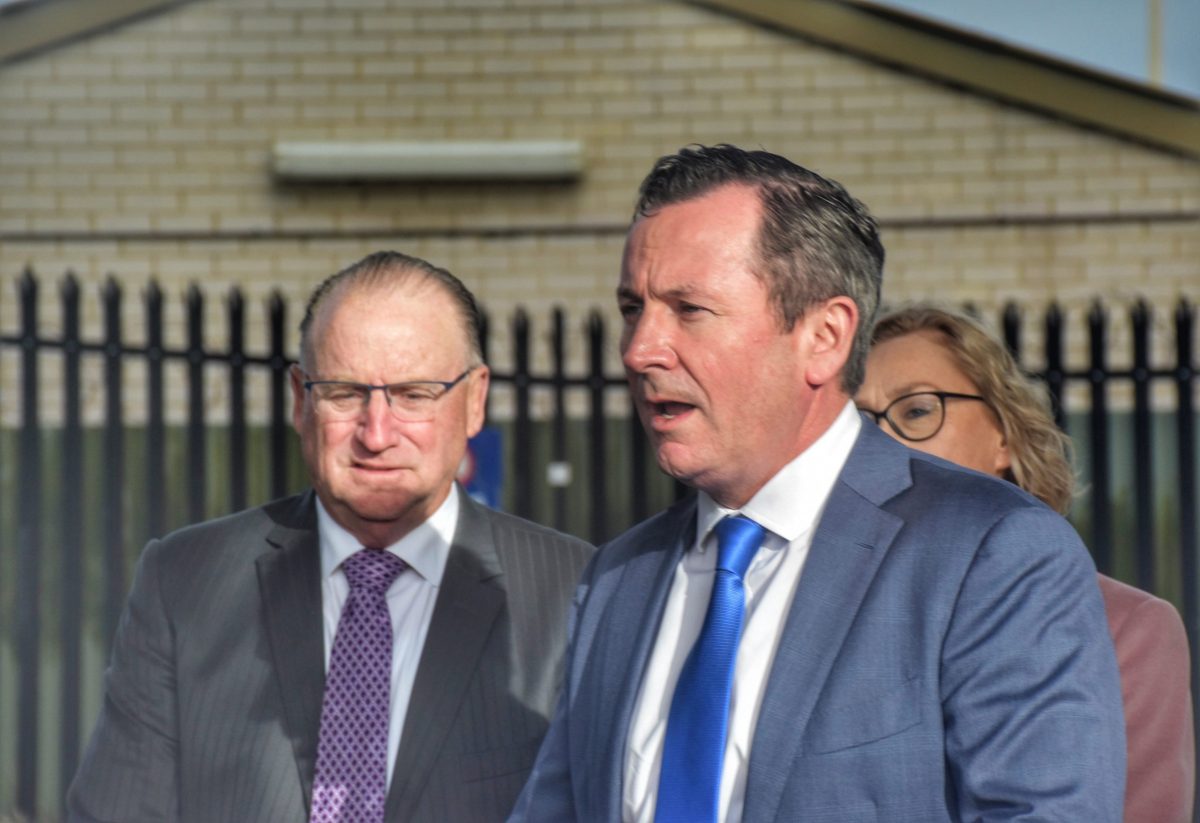 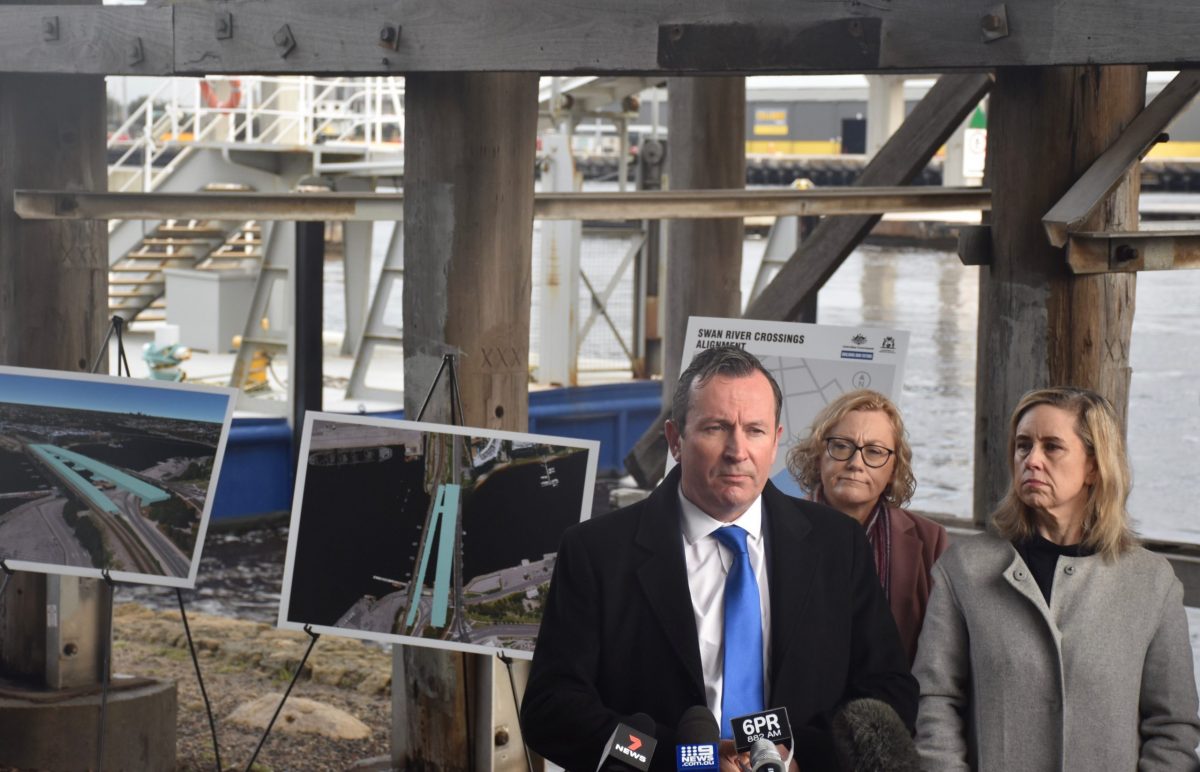 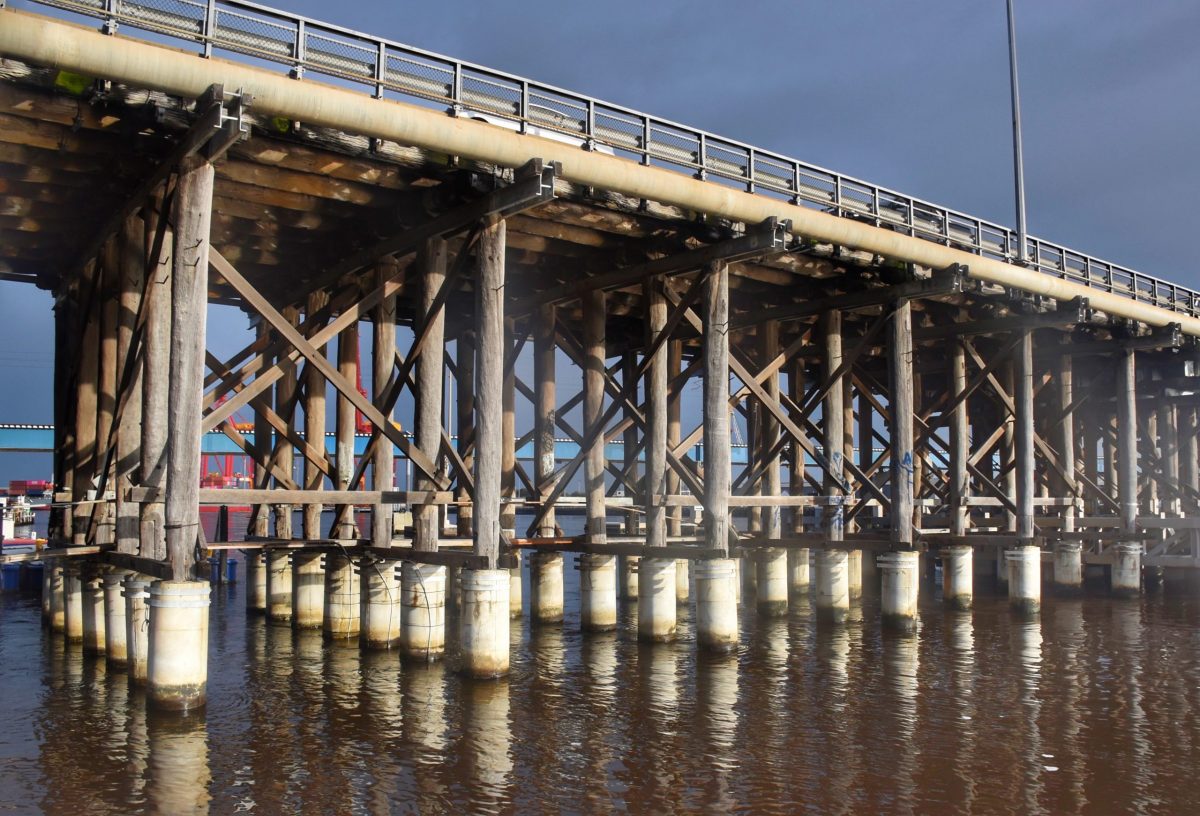 The announcement follows 12 months of anxious community debate about the project in and around Fremantle, particularly over the proposed location and alignment of the new traffic bridge and the need for a second rail bridge, given the State Government has also announced recently that the Fremantle container port, currently on the north side of the Port, will be relocated to Kwinana over the next decade or so opening up the north side for major urban renewal.

The Premier said the project, which includes both a new rail bridge and new road bridge, is to be constructed between the existing Fremantle Traffic Bridge and current rail bridge. 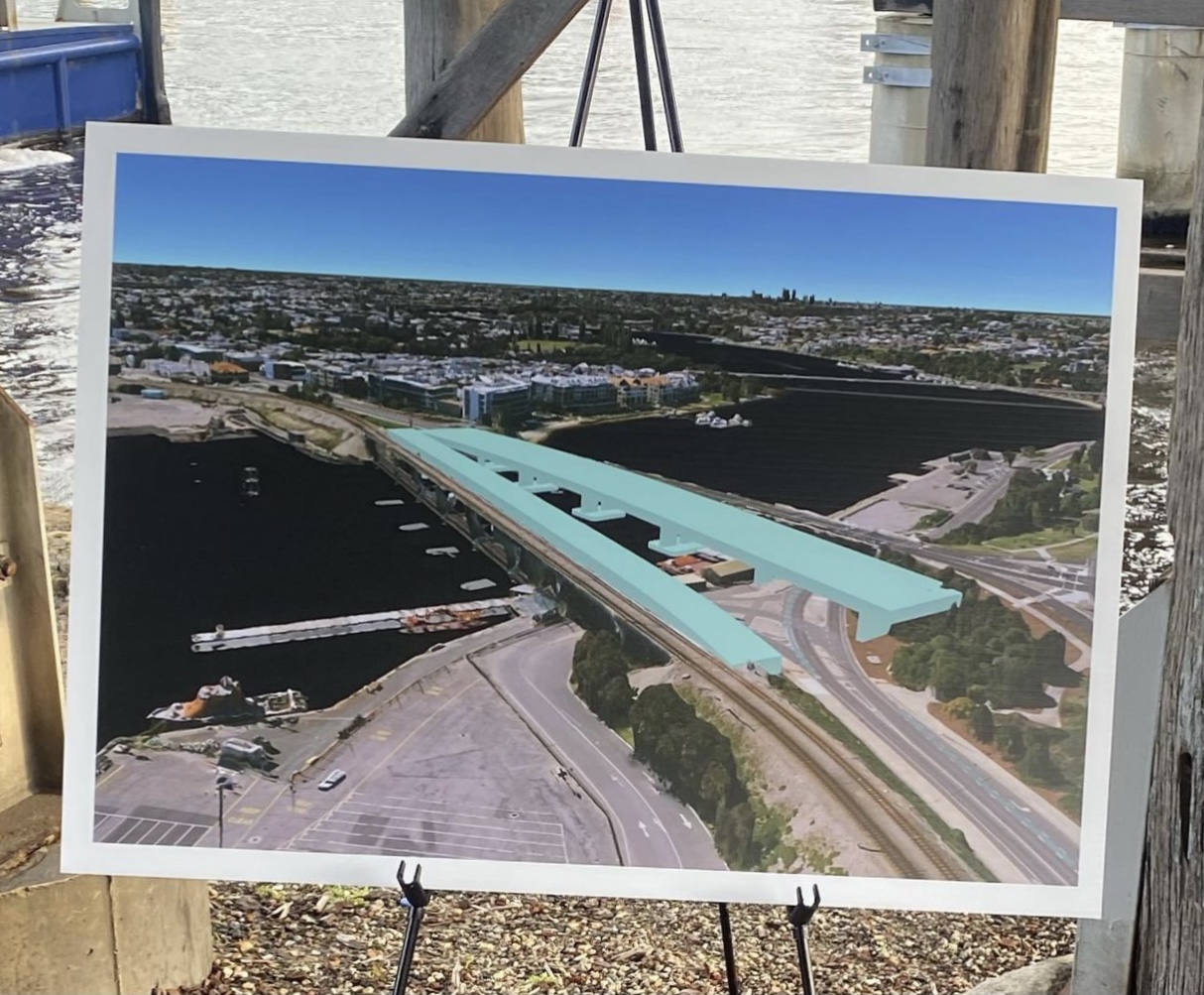 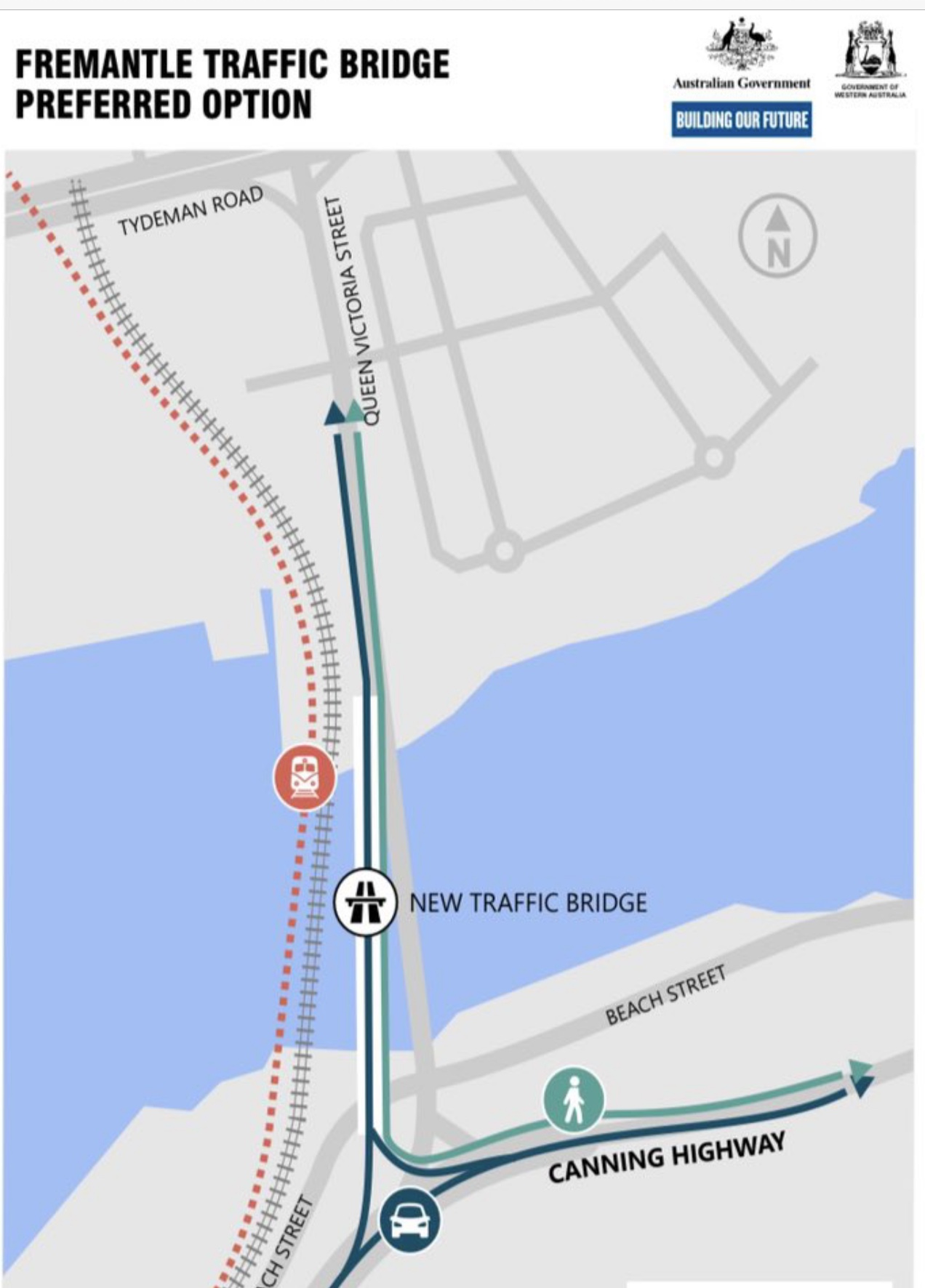 Initially, Main Roads WA, everyone’s bete noir, considered the new traffic bridge could only be constructed on one alignment – to the east of the Old Fremantle Traffic Bridge. However, following strong community pushback and two intensive workshops over the past nine months involving Main Roads, community representatives and, eventually, expert members of an engineering and design Alliance appointed by the State Government just before the State election in March, the Government was advised there were other alignment options apart from the unacceptable one offered by Main Roads.

At that point, four bridge alignment options were proposed on behalf of Government and the public were asked to say what they thought of them. Significantly, the public was not asked what they thought of a ‘fifth option’ many in the Freo community believed should have been on any list – namely, a new bridge at a location to the west of the existing rail bridge and well away from the North Freo town centre – an option that would not necessitate total demolition of the heritage listed Old Bridge.

We recently reported on the latest state of the debate before the Premier’s announcement today.

The option chosen by the Government is Option 1 of the four proposed by the Alliance.

The rationale for the project is that it will ‘replace the current Fremantle Traffic Bridge, which is 83 years old, and increase passenger and freight rail capacity, improve safety for road and river users, and provide modern cycling and pedestrian facilities.’

In the Government’s media release today it is stated that key features of the preferred alignment include:
* Two new bridges to be built between the existing rail bridge and existing Fremantle Traffic Bridge;
* Transport infrastructure to be closer together, maximising space for landscape and design on the southern bank;
* New pedestrian and cyclist facilities;
* Possible retention of a remnant portion of the existing Fremantle Traffic Bridge, with the remainder of the bridge to be demolished;
* Relocation or reinterpretation of the heritage listed Ferry Capstan base.

The preferred alignment will now be progressed through to development and design, while the next phase of community consultation will include a series of forums and discussions on priorities relating to ‘heritage interpretation and connectivity for pedestrian and cycling paths’.

“The Fremantle Traffic Bridge is an iconic and popular structure, having been a staple in the Fremantle community for the past 83 years.

“The new Swan River Crossings project will be built in between the existing Fremantle Traffic Bridge and rail bridge, providing new road and rail bridges as well as upgrading pedestrian and cycling facilities.

“We anticipate early works to commence later this year, with major construction kicking off in early 2022, supporting more than 1,400 local jobs.”

“The Morrison Government is getting on with delivering infrastructure projects that improve congestion and safety for commuters across Australia, making it easier for them to move around our capital cities and ensuring they get home quickly and safely.

“This is just the latest example of us delivering on our commitment to progress critical infrastructure projects across the country under our record $110 billion, 10-year infrastructure investment pipeline, which is helping to drive Australia’s world-leading economic recovery.”

The State Minister for Transport, Rita Saffioti – who is also the Minster for Planning and for Ports – who has been the prime driver of the project for the State Government said –

“More than 1,000 people have had their say on their preferred alignment of the Swan River Crossings Project and I am pleased we have been able to deliver on this preferred option.

“The project will see new road and rail bridges constructed, as well as a new dedicated pedestrian and cycling path – this is Stage 3 of the new Perth to Fremantle PSP, with Stage 1 completed and Stage 2 now underway.

“This is a significant project that has been on the agenda for decades, as there are ongoing significant maintenance costs with the existing bridge and a need to replace the current bridge with a new structure.

“Community consultation on this project will continue as we work through the final design and development stage before commencing construction.”

‘With a confirmed alignment, the project will progress through to the detailed design and development phase, which will include further investigations around the constructability, environmental assessments, scheduling, and detailed costing.’

So, while the alignment is sorted, other significant construction issues appear to remain on the drawing board.

The announcement today may be likened to the proverbial ‘Curate’s egg’ – good in parts.

Many Freo people will be pleased the original Main Roads WA bridge alignment option, to the east of the current Old Bridge, has died a death.

But others will remain dissatisfied with the preferred bridge alignment because it has been chosen from a limited set of options that did not include the ‘Option 5’ alignment further west of the existing rail bridge – and so further away from the North Fremantle town centre and northbank apartment developments.

Others will continue to ask why the rush to construct a second freight rail track.

The preferred alignment and the detail in today’s announcement will also not be received well by those who want to see the heritage listed Old Traffic Bridge retained in significant part and re-used as an urban park along the lines of the famed New York High Line.

However, Richard Evans and Isadora Noble, from the recently formed Save Old Freo Bridge Campaign believe public opinion can still see the retention of a significant part of the Old Bridge as an urban park. And they were on hand at this morning’s presser to highlight their High Line ideas. 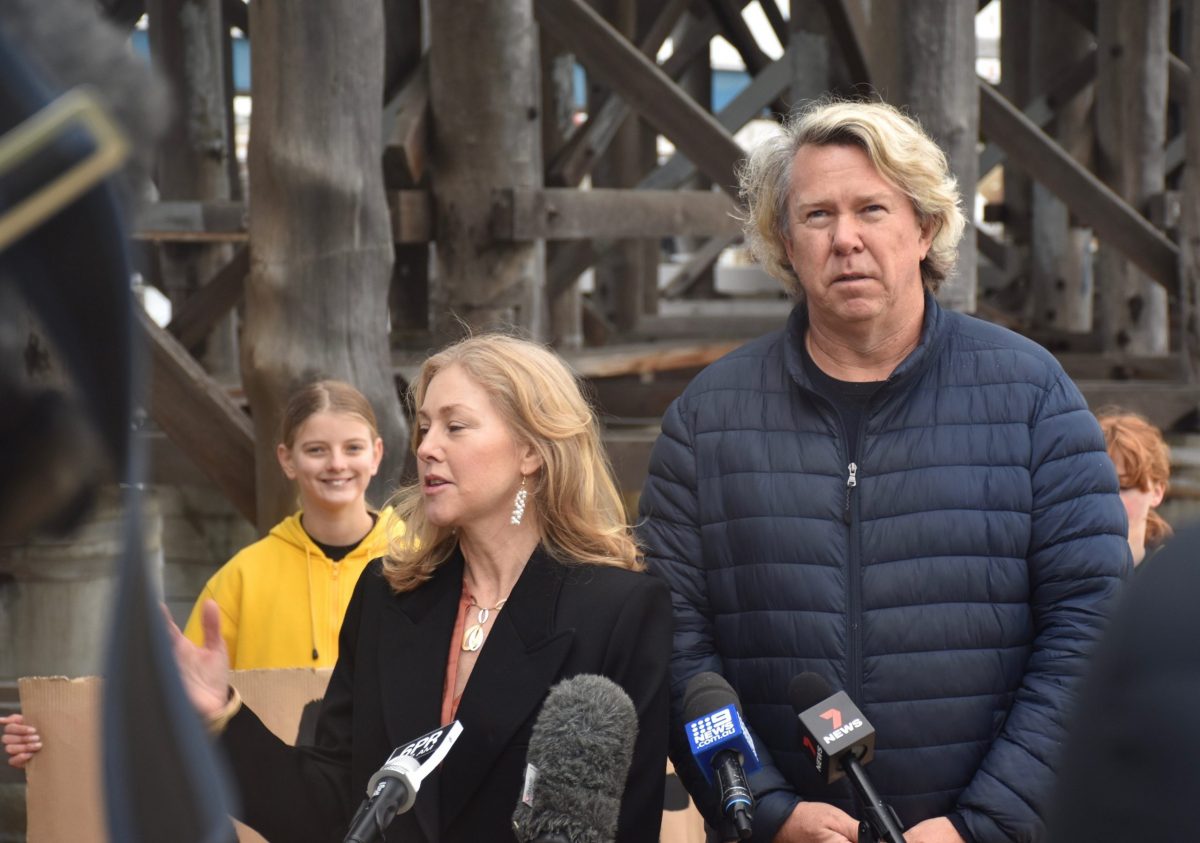 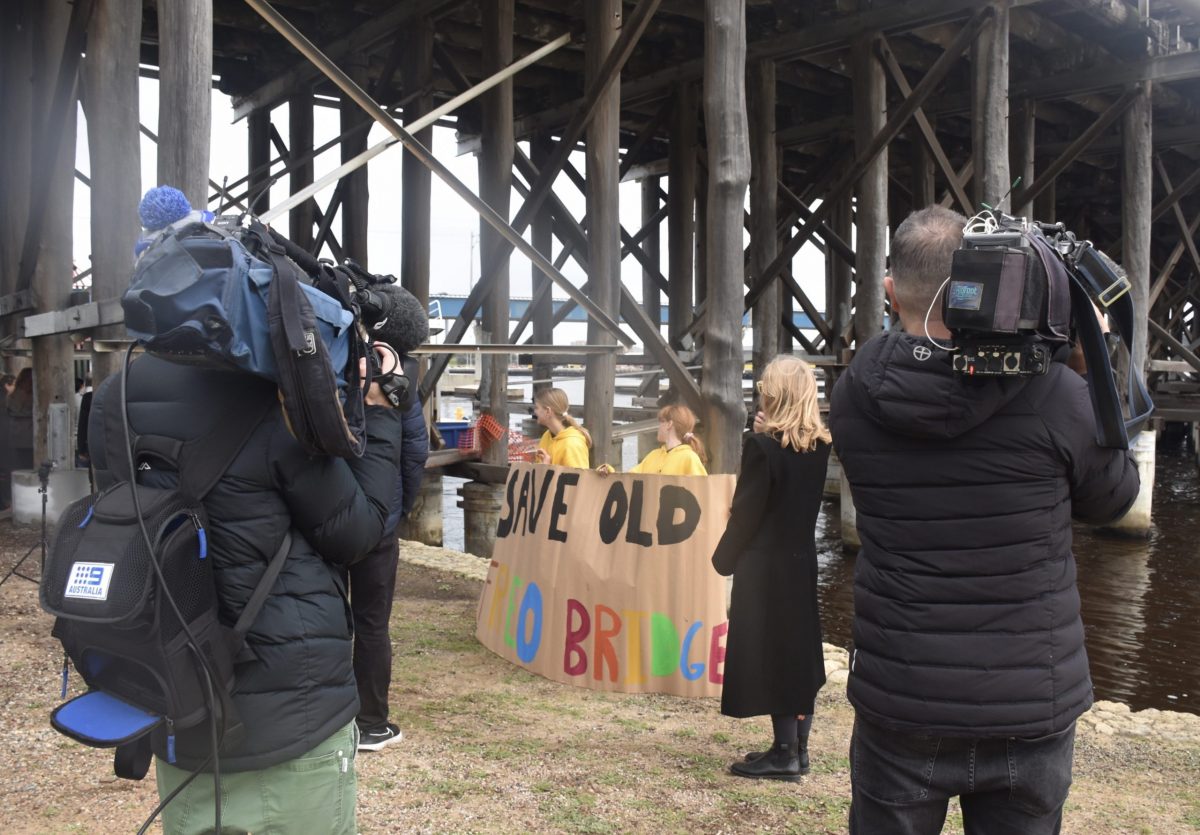 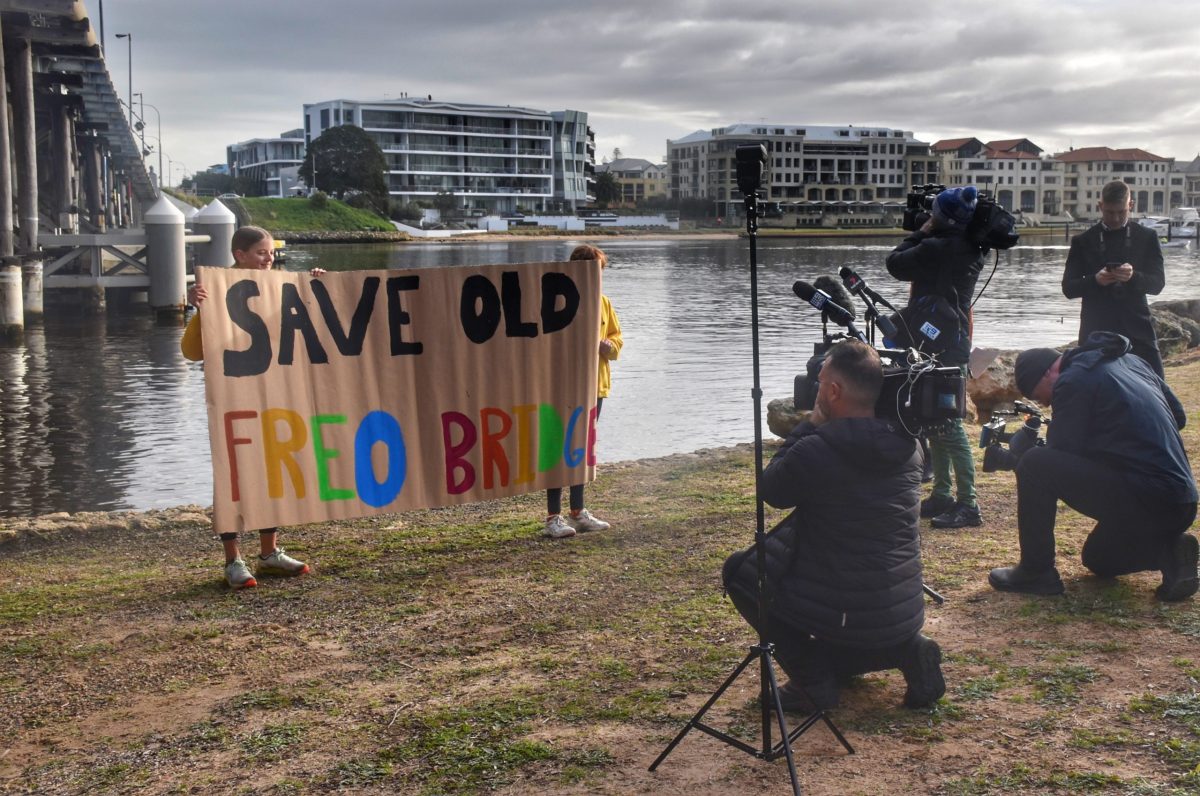 Here’s an impression of what an urban park could look like. Expect to hear more in this proposal. 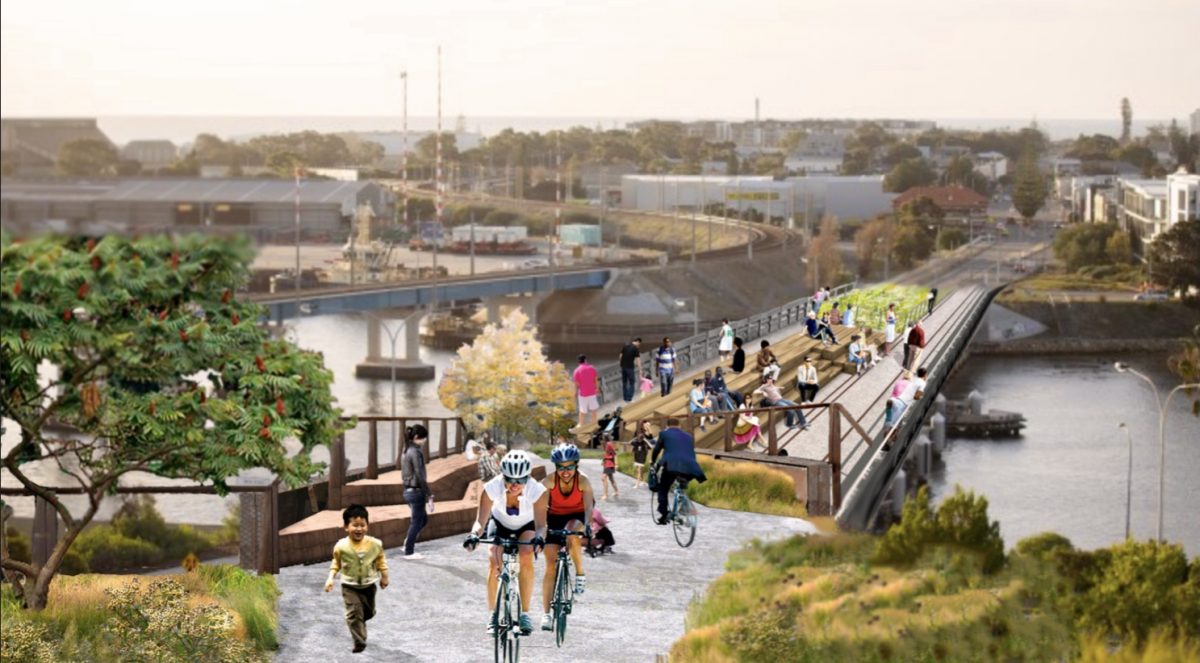 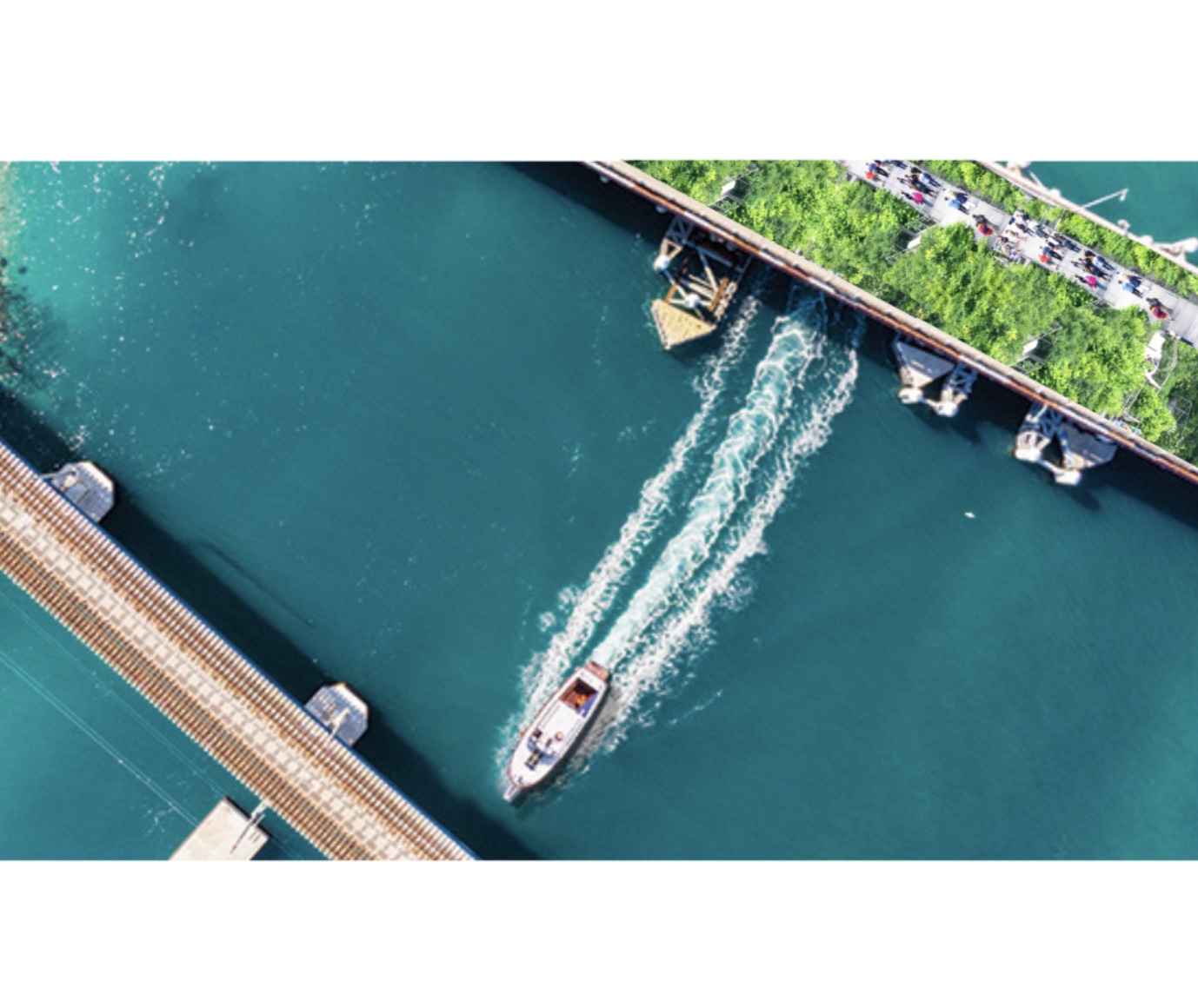 So, stay tuned for the next steps in the Great Bridge Debate. Plainly the debate isn’t quite over yet!

We will keep you informed.