How could we not publish this conspicuous contribution from The Rhymer to the rhyming arts that recently arrived in our inbox, reflecting as it does on a very Freo phenomenon? 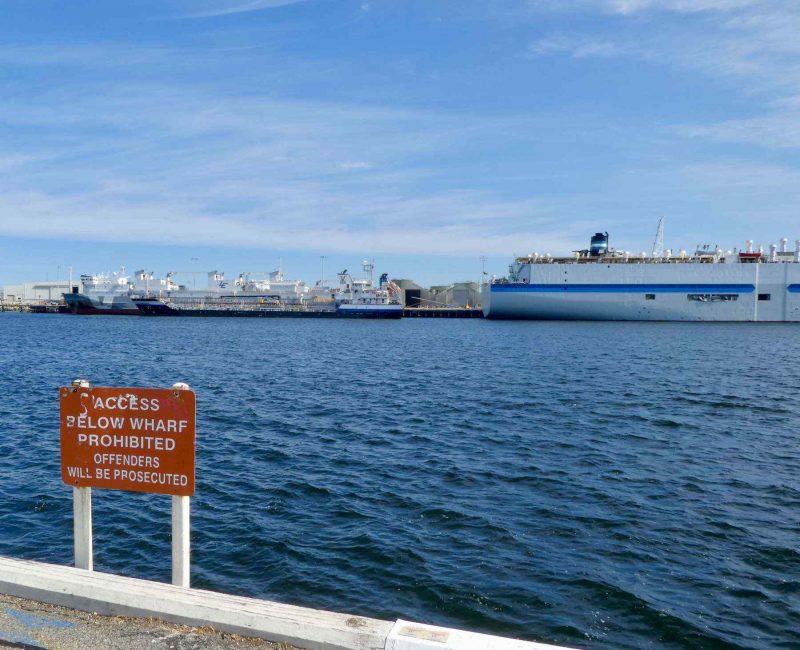 Not exactly sure who The Rhymer is, but we feel sure she or he has a significant bush poet’s future ahead of them.

Time, no doubt, will tell!

We were waiting for the cool relief of the famous Freo breeze,
sipping on a local ale at a temperature to please.
A bright blue sky, white sandy beach what could be more idyllic?
Then upon the wafting zephyr comes an odour most acidic.

Every time a sheep ship’s in and the Freo Doctor rips
feel for the tourist visitors and those on cruising ships.
The nose’s of the transients soon wrinkle to the smell
but tourists, when it gets to strong, can easily say farewell.

It’s the poor old Freo locals who must learn to live with this,
‘coz on the wind is the familiar stink of acrid ovine piss.
‘That’s Fremantle after-shave’, a local wag announced
it stands out from Paco Rabanne – its smell is more pronounced
you can tell a local – it’s dabbed behind his ears
and it has been a favourite of Freo blokes for years.

They could gather up the sheep urine that’s stinking up the port
and bottle it for aftershave – of stocks they’d not go short.
Imagine a new industry that could grow from all this waste,
although the final fragrance might not be to universal taste.

Merino Musk, Essence of Ram, Ewe de Cologne and more
Shearing Scent, Dab-on-a-Dag, and Sweepings from the floor.
Sheep Dip has a pungent smell that might become a fad.
Imagine that on Fathers’ Day when you give it to your dad.

All have a sheepish ring to them – a marketers delight
and we’d be reminded of the brand on many summer nights.
Exporting odours to the world would surely make some bucks
Oops, I’ve ventured onto goats – that’s a smell that IS deluxe!

If we could make a dollar from those nasty sheep exporters
the council would get accolades from most unusual quarters.
Forget the move of cracker night to a date that’s more PC,
we’d be praised for being the centre of recycled ovine wee.

If the smell that we all tolerate was bottled by the quart,
we might turn up our noses at the plans to move the port.