Home 2020 October 14 Another Port, Another Time

Another Port, Another Time

Every now and then, while gazing out the train window, as it makes its way over the railway bridge, bound for Fremantle Station, I am reminded of another port. It’s the one that I grew up with. There were no container wharves with their huge cranes. There was no passenger terminal and the dock area was not crowded with newly delivered motor vehicles and other freight. This was the port of Geraldton. As a boy, I had relatively free access to it in the 1950s and 60s. 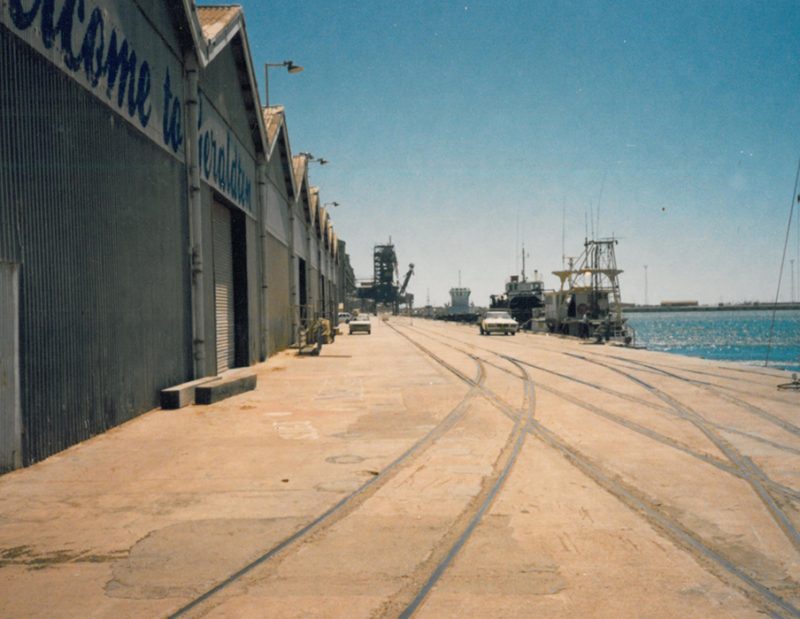 The Geraldton port nestles in the southern end of Champion Bay under the watch of the Point Moore lighthouse further to the west. In that position it had some protection from the swells and wind from the south. In the nineteenth century there was a jetty built, extending from Gregory Street, not far away from the present wharf. That was replaced by another jetty extending from Durlacher Street in the 1890s. Construction of a land-backed wharf began in 1928. It was the first reinforced concrete berth in the State and was officially opened in 1931. That is the wharf and port of my childhood memories.

On the eastern end of the concrete wharf was a slipway used, principally, by the larger of the crayfishing fleet. On the western end were the pens for that fleet. Further west were a couple of boat sheds which may have been built to service the Catalina Flying boats which operated from Geraldton during WW2. In my childhood they seemed to house dinghies and other small craft. Beyond those lay the West End Beach, sweeping in a white, sandy arc. There was a small jetty for kids and beach users generally. In the middle of that arc, not far from the jetty, was Dario’s milk bar. I have a distinct recollection of a gelato machine there. The West End was shallow and very popular with young families. Dario’s gelato was also very popular, requiring speedy consumption as it melted in the summer heat, reducing the cone to a sticky, soggy mush. 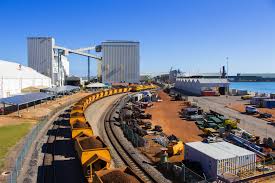 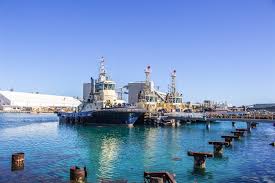 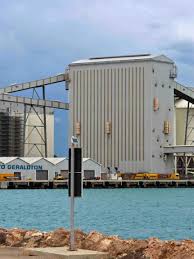 The port was not fenced. I could ride my bicycle straight onto the wharf and fish off the timber buffers and metal bollards. Plenty of kids did the same. It was a leisurely port by today’s crowded standards. The state ships came and went on their way up and down the coast. Many ships docked to load grain from the newly built concrete silos lining Marine Terrace beside the Norfolk pines.

Morning radio (6GN, as I recall) would announce the arrival and departure times of ships, with the State ships being announced as being “…. under the command of Captain Abernathy”, for example. Morning radio was also the medium for summoning those water-side workers, whose services might be required for the loading or unloading of a particular ship.

The port was connected by rail, the line from Perth first being a privately owned line belonging to the Midland Railway Company. The initial line ran from Midland to Walkaway, some 30 kilometres south of Geraldton. It was eventually extended to Geraldton and to the wharf, the line snaking around the barrier of coastal sand dunes stretching from Point Moore to the mouth of the Greenough River. It entered the town from the north. Once past the Geraldton Railway station the line made its way to the port flanked on the ocean side by a protective breakwater and on the town side by the main street, Marine Terrace with its shops on the northern side turning their backs on the railway line and the bay. Turning.

The port was protected by two breakwaters, one to the North which had been built using the Durlacher Street jetty, before it was demolished, and the other, connected to the land at the western end of the West End Beach. At the end of that breakwater were the remains of gun emplacements erected because of the threat from Japanese forces. I never saw it, but I was told that the main channel between the two breakwaters was protected by an anti-submarine net. 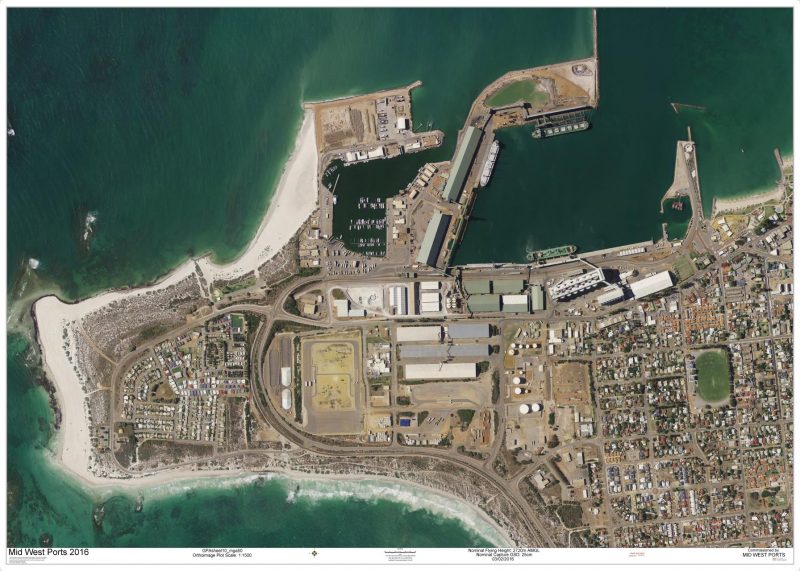 Geraldton was, and still is, a windy maritime town. When I was young there was no public land-based swimming pool but there was a structure built of steel and what appeared to be jarrah sleepers, at the foot of Fitzgerald Street. We called it the pool. It was “u” shaped from the beach with each side extending past the “little plat” to the “big plat” in the far corners. The pool was the place of swimming carnivals and lessons as well as general summer play. It was supposed to be protected on each side by a shark-proof net but its effectiveness was undermined by the daring exploits of kids diving, swimming under the net and emerging, breathless, on the other side. I have a distinct recollection of a shark, having found its way into the pool, being shot with a rifle from one of the wooden jetties.

The harbour, today, is a crowded, busy place. The wharf of my youth and its ship-loading facilities have been extended and enclosed. The small crayfishing fleet has grown and is housed at the western end of the port and the West End Beach is long gone. There has been talk of a new port at Oakagee, to the north of the town. Perhaps there is an inevitability about those plans. Time will tell. 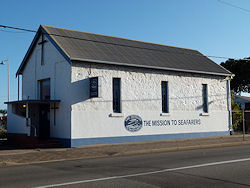 My good fortune was to grow up with a sleepier, more accessible port, ideal for children to explore and wonder about the places foreign vessels had come from or were going to. Is my fondness in some strange way connected to my christening at the nearby tiny Missions to Seamen chapel? I wonder.