The Pleiades Leader is part of a series of regular ship profiles, offering a detailed rundown of vessels that visit Fremantle Port. 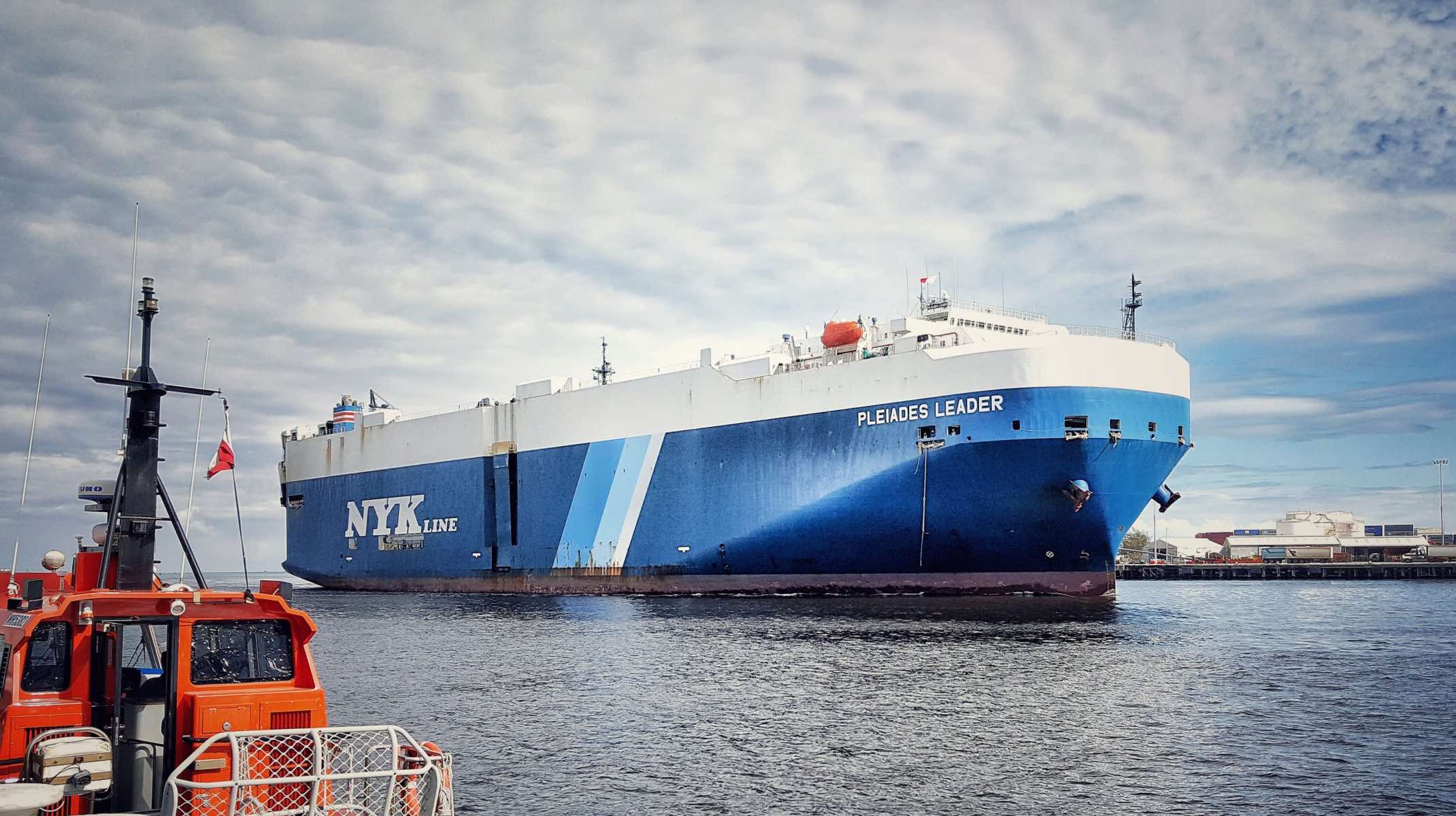 Pleiades Leader is a Vehicles Carrier built in 2009 and currently sailing under the flag of Japan. She is a ‘roll-on/roll-off’ ship, designed to carry wheeled cargo such as cars, trucks, semi-trailer trucks, trailers, and railroad cars, that are driven on and off the ship on their on wheels or using a platform vehicle, such as a self-propelled modular transporter.

At the end of the first world war, vehicles were brought back from France to Richborough Port drive-on-drive-off using the train ferry. During the War British servicemen recognised the great potential of landing ships and craft. The idea as simple; if you could drive tanks, guns, and lorries directly onto a ship and then drive them off at the other end directly onto the beach, then theoretically you could use the same landing craft to carry out the same operation in the civilian commercial market.

Wheeled vehicles were originally carried as cargo on oceangoing ships in the same manner as any other cargo. Automobiles had their fuel tanks emptied and their batteries disconnected before being hoisted into the ship’s hold, where they would be chocked and secured. This process was tedious and difficult and vehicles were subject to damage and could not be used for routine travel.