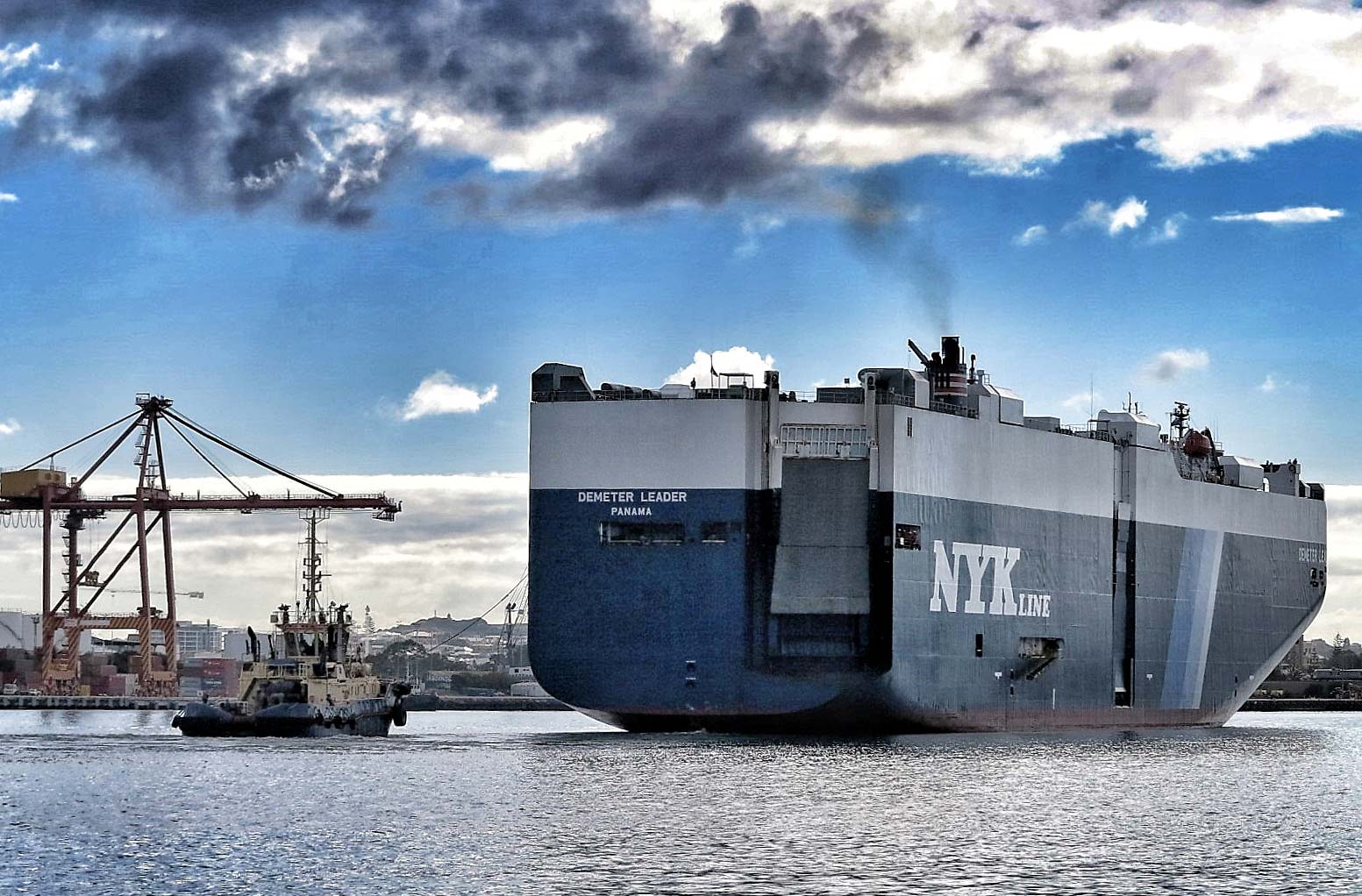 Each time I choose a ship for Ship Ahoy I find myself just as interested in the companies behind the ships.

In this case the ship is the car carrier DEMETER LEADER, also known as a RO-RO (roll-on/roll-off), and the company is Nippon Yusen Kabushiki Kaisha (NYK Line).

NYK Line is one of the oldest and largest shipping companies in the world. It is a member of the Mitsubishi keiretsu. The company has its headquarters in Chiyoda, Tokyo, Japan and a fleet of 800 ships, including container ships, tankers, bulk and woodchip carriers, RO-RO car carriers, reefer vessels, and cruise ships.

NYK is the world’s largest Roll-on/Roll-off ocean carrier. NYK’s RORO fleet has a 660,000 car capacity which represents just over 17% of the global car transportation fleet capacity.

With the date of commencement yet to be announced, NYK will deploy a binary cycle power generation system on a newly constructed Panamax bulk carrier to be operated by the company. The system will generate electricity from the exhaust heat emitted by the marine engine’s air cooler. NYK has previously equipped bulk carriers and pure car and truck carriers (including Demeter Leader) with hybrid power supply systems to utilise exhaust heat from engine exhaust gas. However, the binary cycle power generation system will give the opportunity to reuse engine exhaust heat to generate electricity.

The generated electric power will serve as auxiliary power and will reduce CO2 emissions by up to 2.3 percent by decreasing fuel consumption.