Come along to the Fremantle Town Hall to have your say about the Main Roads WA plans for the rebuilding of the heritage listed Old Fremantle Traffic Bridge.

The meeting is supported by the Better Bridge Campaign and Fremantle Shipping News.

The slogan for the Better Bridge Campaign says it all – Our Bridge, Our Place, Our Choice. 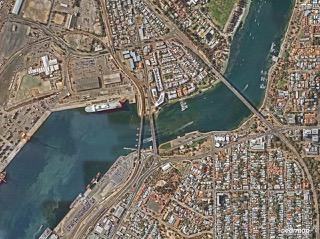 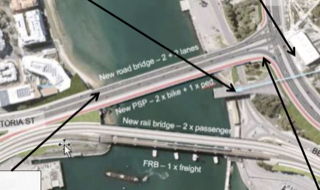 Key speakers will address the inadequacies of the Mains Roads WA plans, a number of which have already been identified in Rebecca Clarkson’s recent Opinion Piece published in the Shipping News.

Nor are Main Roads WA talking about mitigating the effect their bridge will have on North Fremantle residents if it is built where they currently propose to build it.

A Community-based alternative plan to create a new, exciting gateway to the City of Fremantle, with the old bridge being retained and refashioned to create a major public place along the lines of the famous New York City Highline, will be unveiled at the meeting.

And if you’re able to financially support the campaign, that’d be greatly appreciated. Here’s the link..

Reserve seating:
You can reserve a socially-distanced seat for yourself and your friends at the Town Hall by contacting us here at the Shipping News, stating the number of seats required.