Home 2021 May 31 So, You Own An Old House In Hilton And Want To Demolish And Subdivide…

So, You Own An Old House In Hilton And Want To Demolish And Subdivide…

In February last, an application was made to the Fremantle Council for approval to demolish an existing single house at 90 Paget Street, Hilton, at the corner of Winterfold Street, and to retain and fill the site. At the same time, the applicant applied to the WA Planning Commission for approval to subdivide the site into 3 small residential building lots.

Sounds sensible, no, as we encourage higher density development these days?

Trouble is, parts of the existing dwelling date from the very beginnings of Hilton in the post-WW 2 period. To put it bluntly, the dwelling is fairly and squarely within the Hilton Garden Suburb.

Once, the idea that a post-WW 2 anything could have value of any sort, especially heritage value, would have been scoffed at. Heritage, you must be joking!

People once also scoffed at the idea that mid century furniture design had merit, let alone value. And what high prices it now fetches.

The Hilton story is very much part of the bigger Freo heritage story, and is nicely laid out in the following report of Council Officers to the Planning Committee of Council, which had the delegated power to deal with the demolition application.

As detailed in Local Planning Policy 3.7 ‘Hilton Garden Suburb Precinct’ Heritage Area the area is of cultural heritage significance within the City of Fremantle as an example of a substantially intact ‘Garden Suburb’ dating from the immediate post World War 2 period and characterised by its curvilinear road layout, parks, large and irregular shaped lots.

It has historical value as an area developed by the State Housing Commission to provide affordable housing at a time of increased housing demand in Australia, particularly to house new arrivals: returned servicemen and immigrants. It also has historical significance for its association with the importation of prefabricated homes from Austria and for the timber homes designed by prominent architect Marshall Clifton, many of which remain extant in the area. House design was influenced by the modernist movement in architecture which prevailed widely in the post-war period. The designs were functional without being decorative. 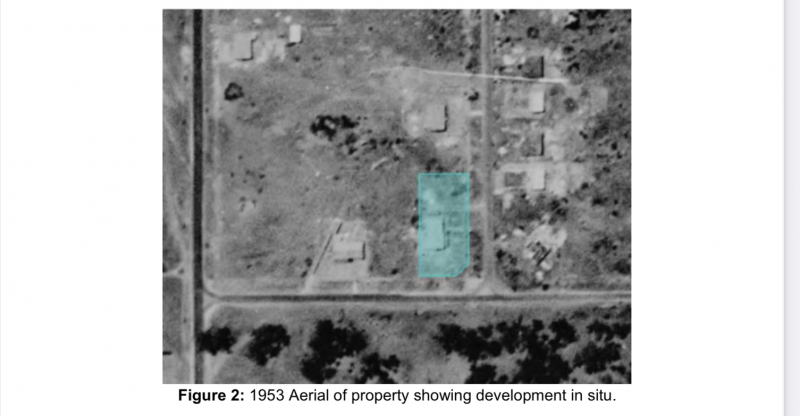 Hilton has aesthetic value for its parks, streetscapes, mature trees, areas of indigenous vegetation and birdlife. Its stock of relatively intact modest housing, including both timber and brick cottages, set on large lots, many with mature trees and gardens, contribute to the ambiance of the area and create a distinct and cohesive streetscape character. It has social value to the people who live there for the range of community facilities provided and the diversity of the local community including private owners, Department of Housing tenants, elderly people and families.

The result of all that, with which the Planning Committee ultimately agreed, was that the Officers considered the existing house formed part of the earliest development of the Hilton Area, and the demolition of the dwelling would have an impact on the character of the streetscape through the loss of both the dwelling and the surrounding trees and gardens. They also thought the dwelling had additional significance due to its location at the southern boundary of the Heritage Area. Although the building had been modified over time, the Officers considered the retained portion of the original dwelling is of heritage significance and worthy of retention.

So, the Council Officers were focussed on the heritage value of the heritage portion, and not the additions. Indeed they seemed to accept the more recent additions could happily be demolished. And they noted that the City’s heritage officer had provided a plan delineating the extent of the building which could be supported for demolition.

As a result, the Council Officers finally considered that the retention of the heritage portion of the dwelling would not necessarily preclude potential subdivision of the subject site, due to the location of the portions of the building recommended to be retained being in the centre of the lot. The trouble was the applicant had chosen to seek determination of the application for full demolition of the site and seemed not to be interested in half measures.

And so the Council Officers considered refusal was the only option.

On 7 April 2021, the Planning Committee agreed and resolved to refuse the demolition application for the following reasons –
1. The proposed demolition of the existing dwelling on site is not supported in accordance with clause 4.14.1 of Local Planning Scheme No.4 (LPS4) as the existing dwelling is considered to have cultural heritage significance and makes a contribution to the broader cultural heritage significance and character of the Hilton locality which is a prescribed heritage area under LPS4.

2. The proposal is detrimental to the amenity of the area, detrimental to the cultural heritage significance of the area, and incompatible with the objectives of the Residential Zone set out in clause 3.2.1 (a) of the Local Planning Scheme No.4, as per clauses 67(a), (l) and (n) of the Deemed provisions of the Planning and Development (Local Planning Schemes) Regulations 2015.

However, reflecting the Heritage officer’s thinking and plan, the Committee further advised the applicant –
… that the City may support the demolition of the later additions on the subject site, where a proposal includes the retention of the original dwelling. The applicant/owner is encouraged to contact the City’s Heritage Team to discuss this option. 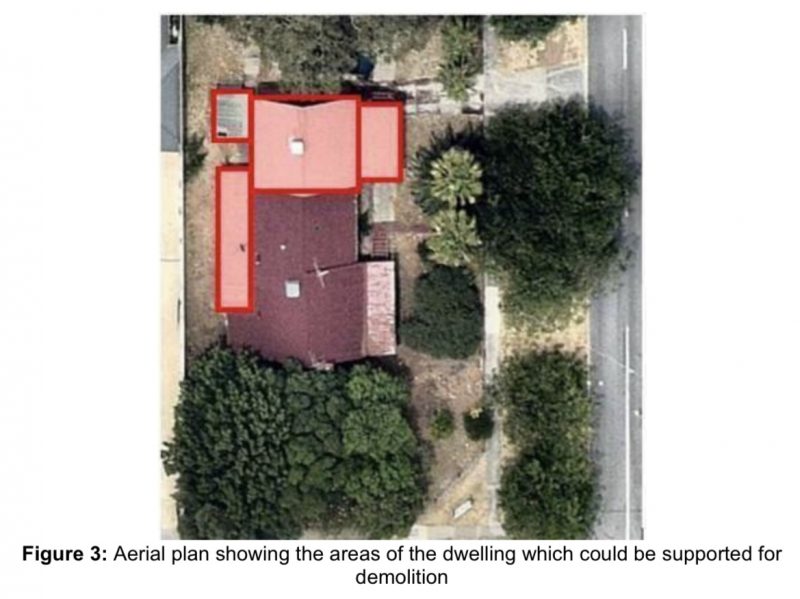 All in all, an object lesson in trying to balance heritage and development interests.

We will watch with interest as to what happens next.

The applicant has the option to accept Council’s invitation to keep talking, or appeal the decision to the State Administrative Tribunal; or perhaps both.