Places I Love – Kookynie and Willy The Outback Horse

Kookynie really is a one-horse town! 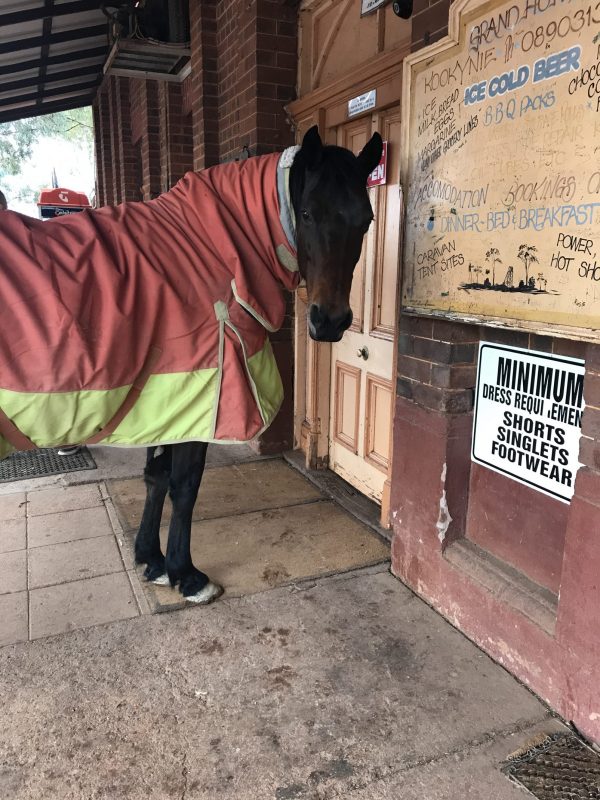 It has a population of 12 people, 4 dogs and a horse called Willie.

This is not a joke, five years ago a horse called Willy wandered onto the Grand Kookynie Hotel’s verandah.

Kevin and Margaret Pusey, the hotel owners found Willie outside the pub, having drunk all the water from a dog’s bowl. He was lost and starving. Willy scoffed six buckets of water and has never left. Most days, the old horse stands outside the pub, right in front of the door. 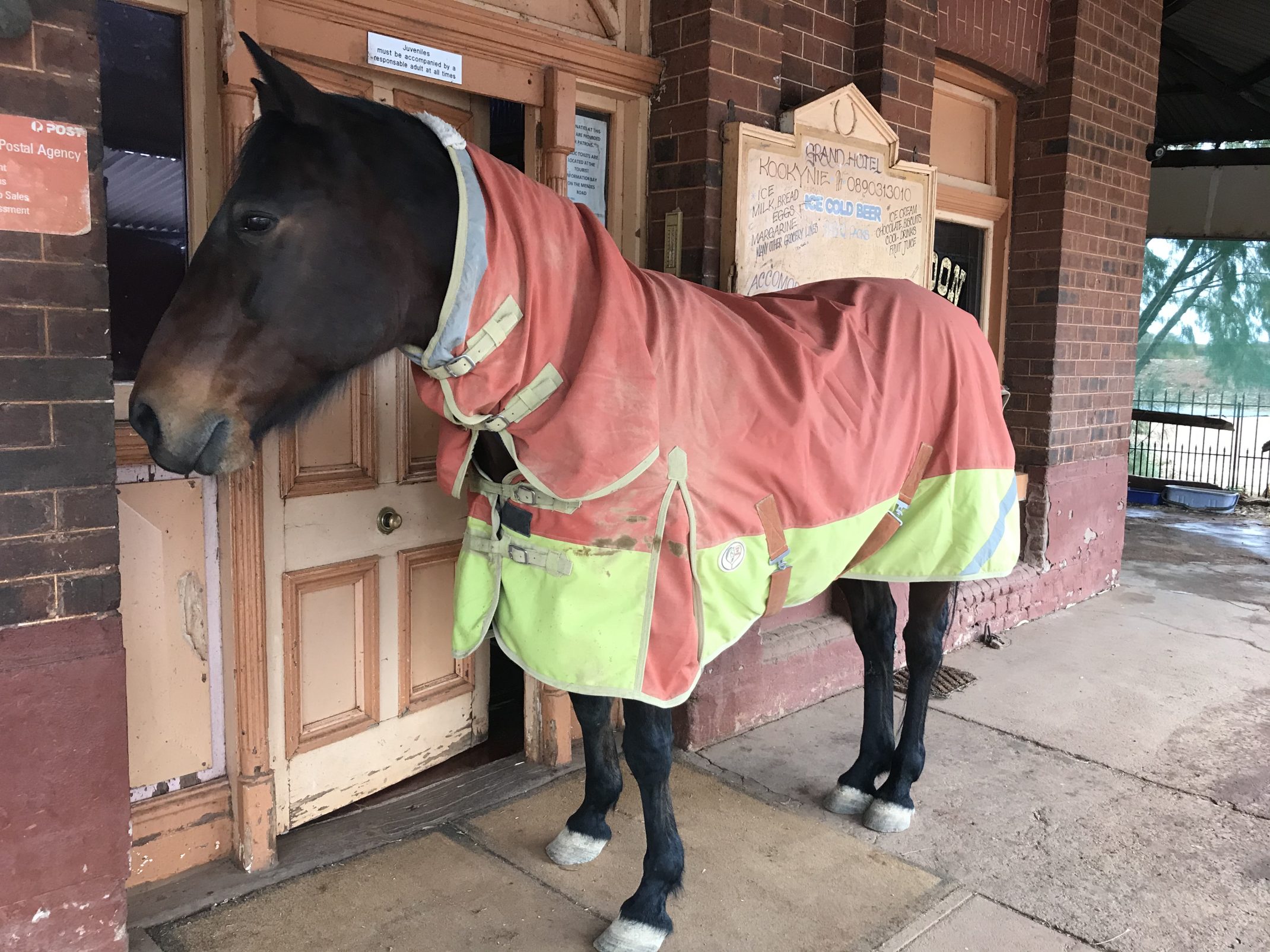 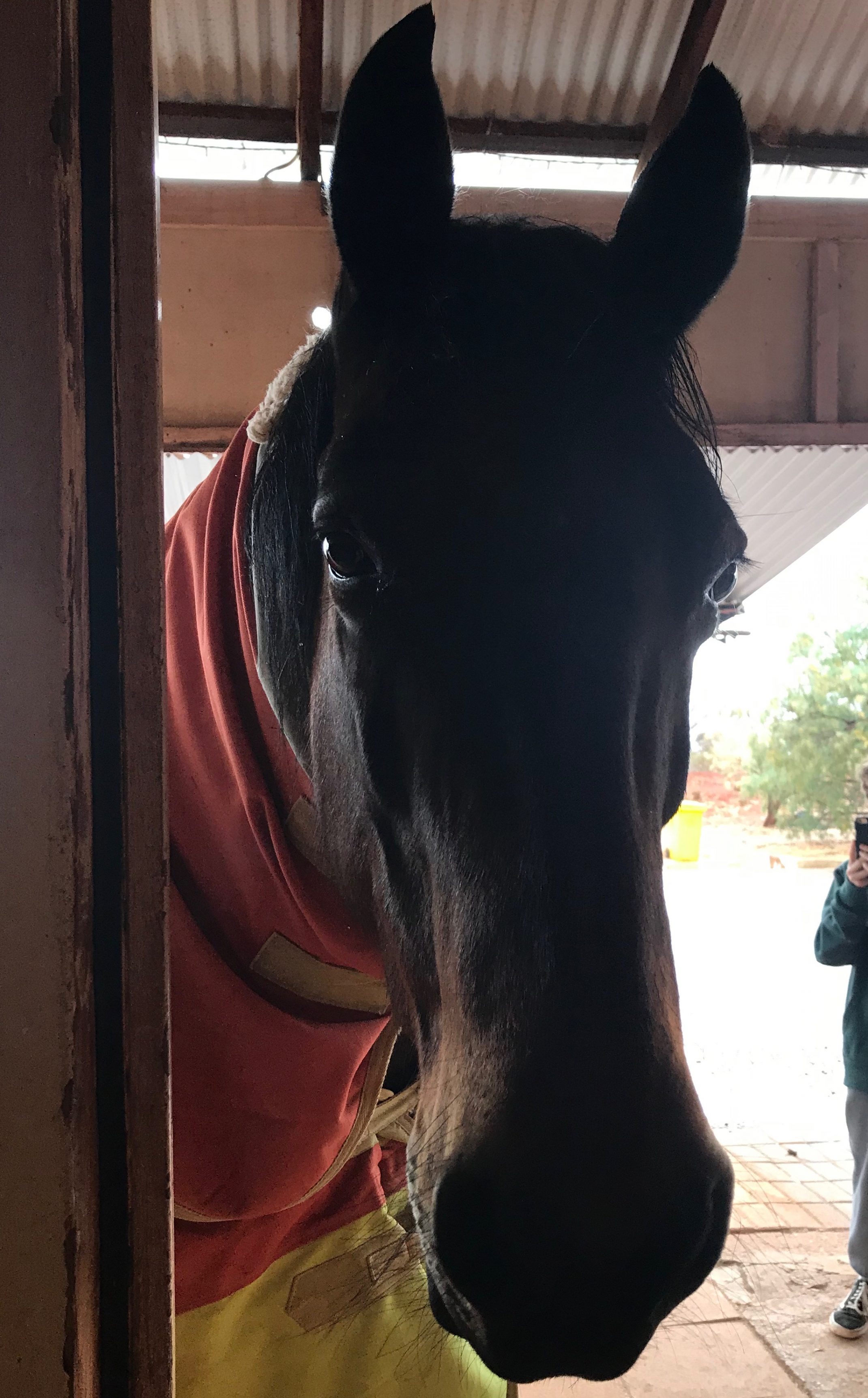 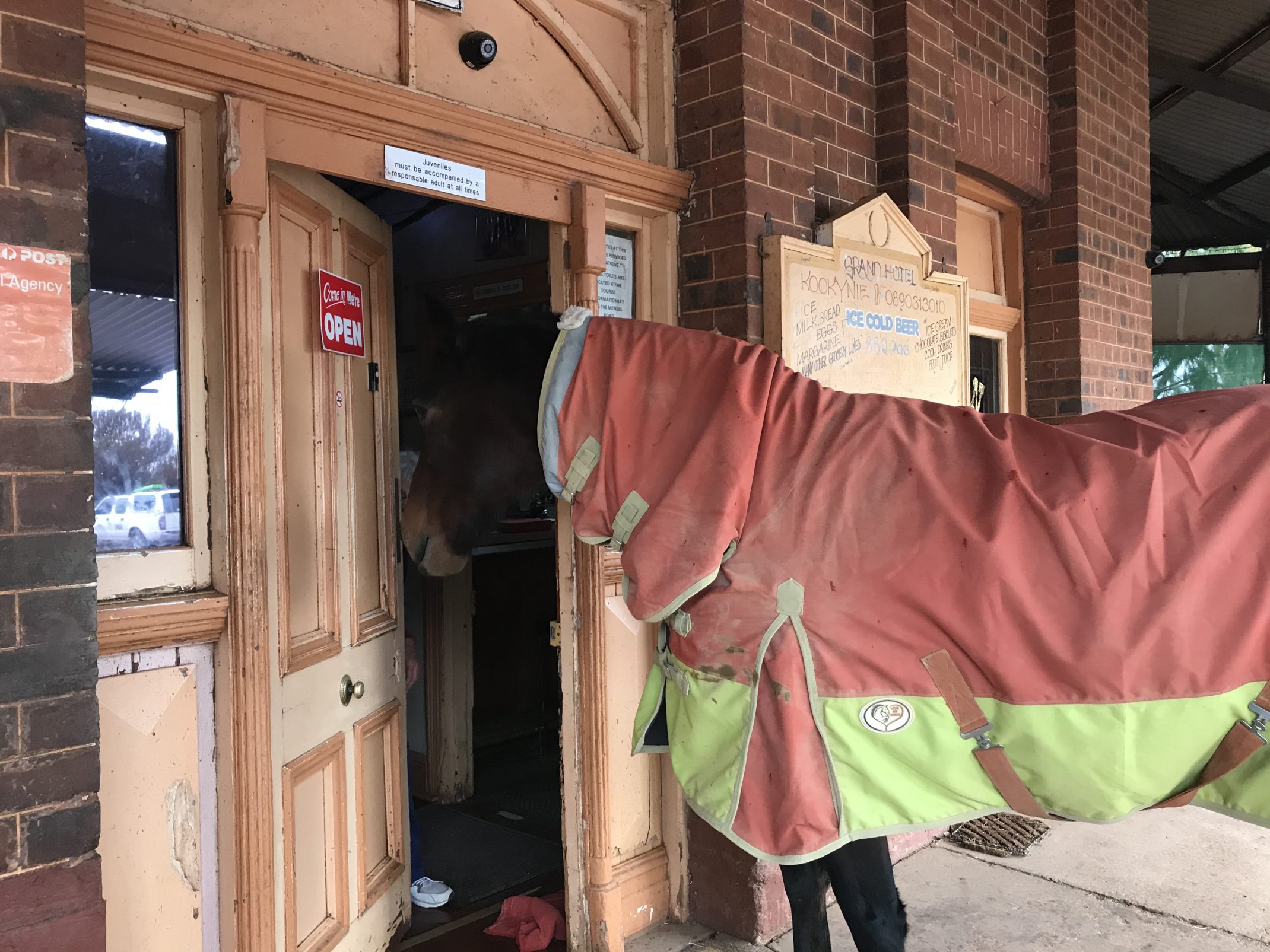 The horse was a former pacer called Willy Strike More. He won thousands on the Gloucester Park track in the late 2000s. He was on an outback station, but did not get on with the other horses.

Willy has become a major attraction at the Grand Kookynie Hotel. He was standing at the front entrance when we arrived. The scene was like something from a Spaghetti Western. He tossed his mane and wouldn’t move out of the way to let us in.

Margaret (the 80 year old barmaid) sprayed his front legs with water, encouraging him to move away from the door. While we were in the pub, Willy stood outside the entire time gazing in through the window.

The hotel is a quaint place with eight guest rooms and an old-school petrol bowser out front. It’s been in operation since 1902. The pub has high ceilings and is packed with historic photographs, antique bottles and memorabilia from the gold rush era. 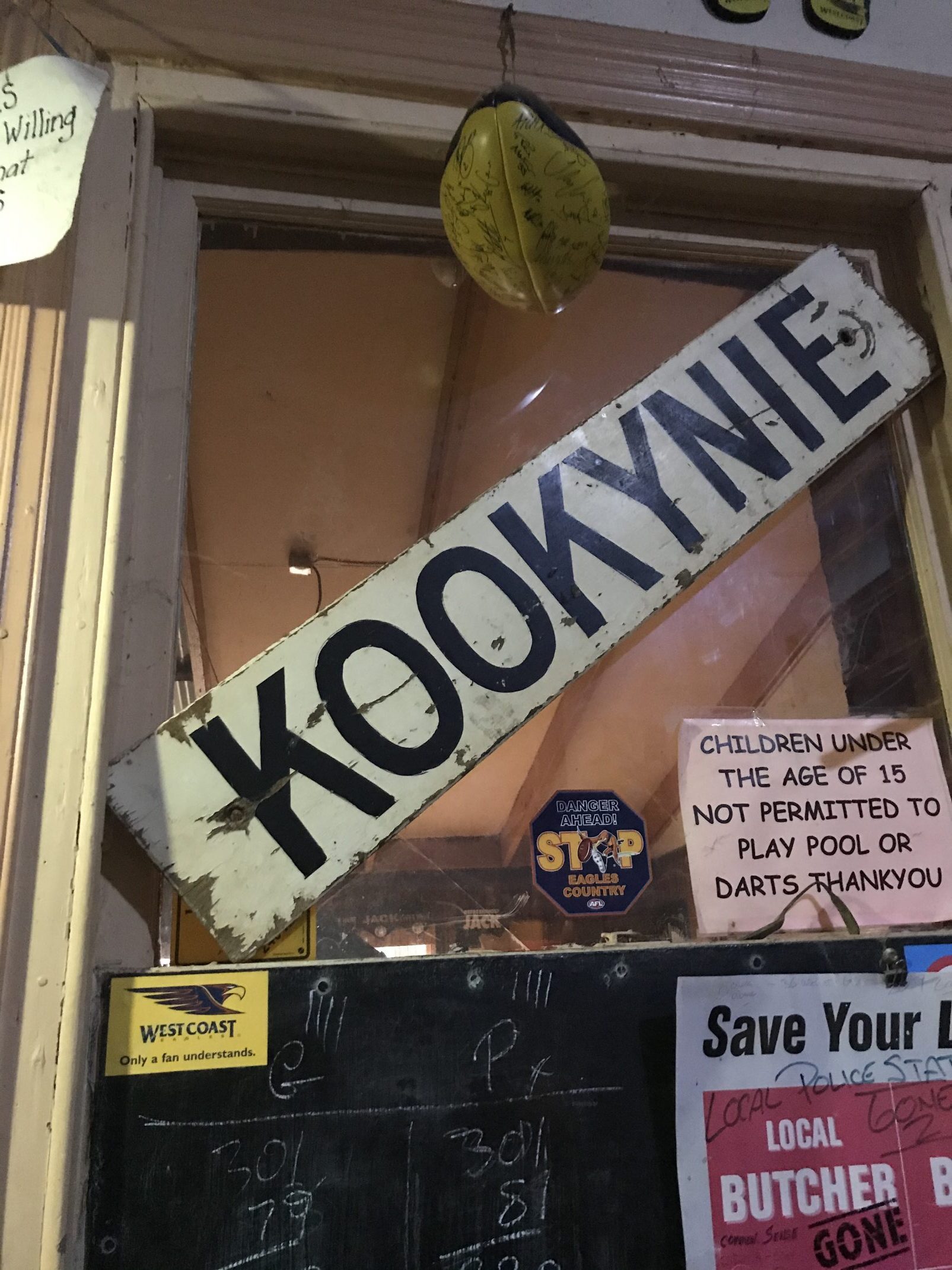 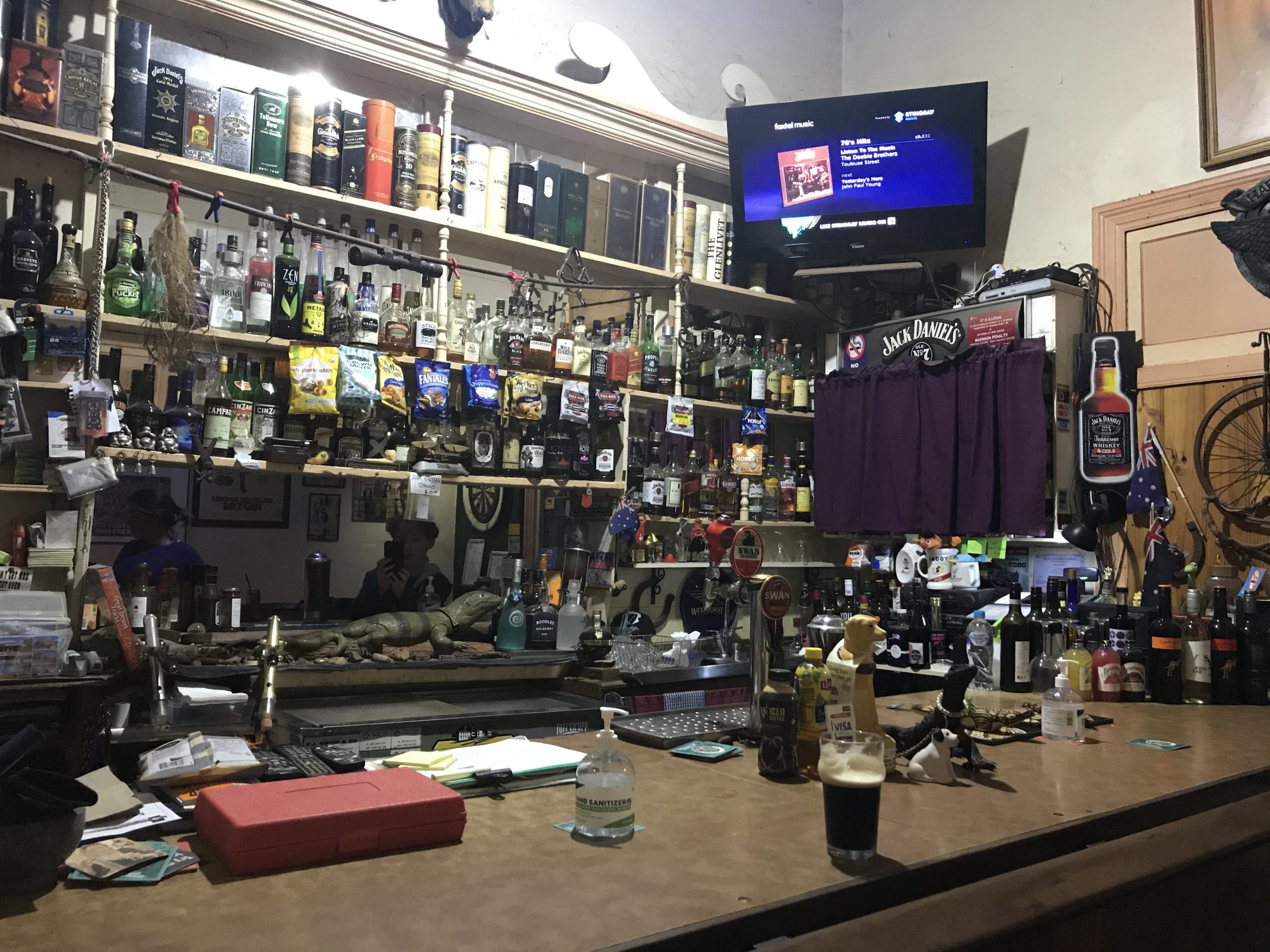 Kookynie is a ‘living’ ghost town in the Eastern Goldfields two hours north of Kalgoorlie. The surrounding countryside is vast with sparse vegetation. The nearest town is Menzies, 40 minutes away.

Kookynie is on the 965-kilometre Golden Quest Discovery Trail – a self-drive tour that takes in 25 sites of historic and Indigenous significance around the Goldfields.

In 1905, Kookynie was a busy town with 400 buildings and a population of around 2,500. The gold rush of the early 20th-century saw people from all over the world pour into Kalgoorlie and neighbouring towns.

Pioneers braved harsh conditions to pursue the dream of great wealth. Kookynie was established along with the towns, Gwalia and Ora Banda, to take advantage of the gold fever that gripped the nation.

As the gold rush died down, the outback’s population dwindled and the once thriving towns became ghost towns. We wandered around the township and explored the ruins of the Cosmopolitan Hotel, shops and houses. 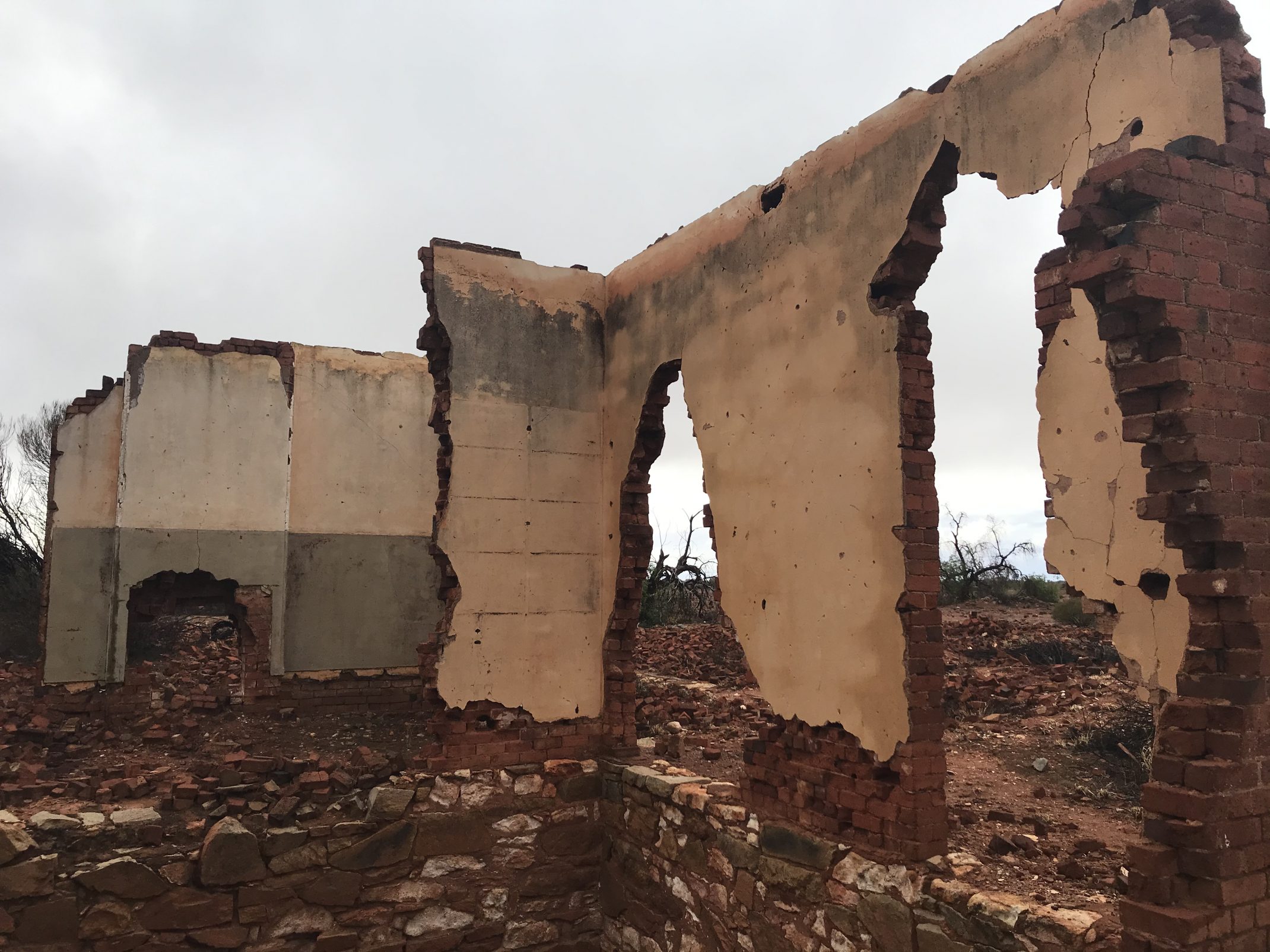 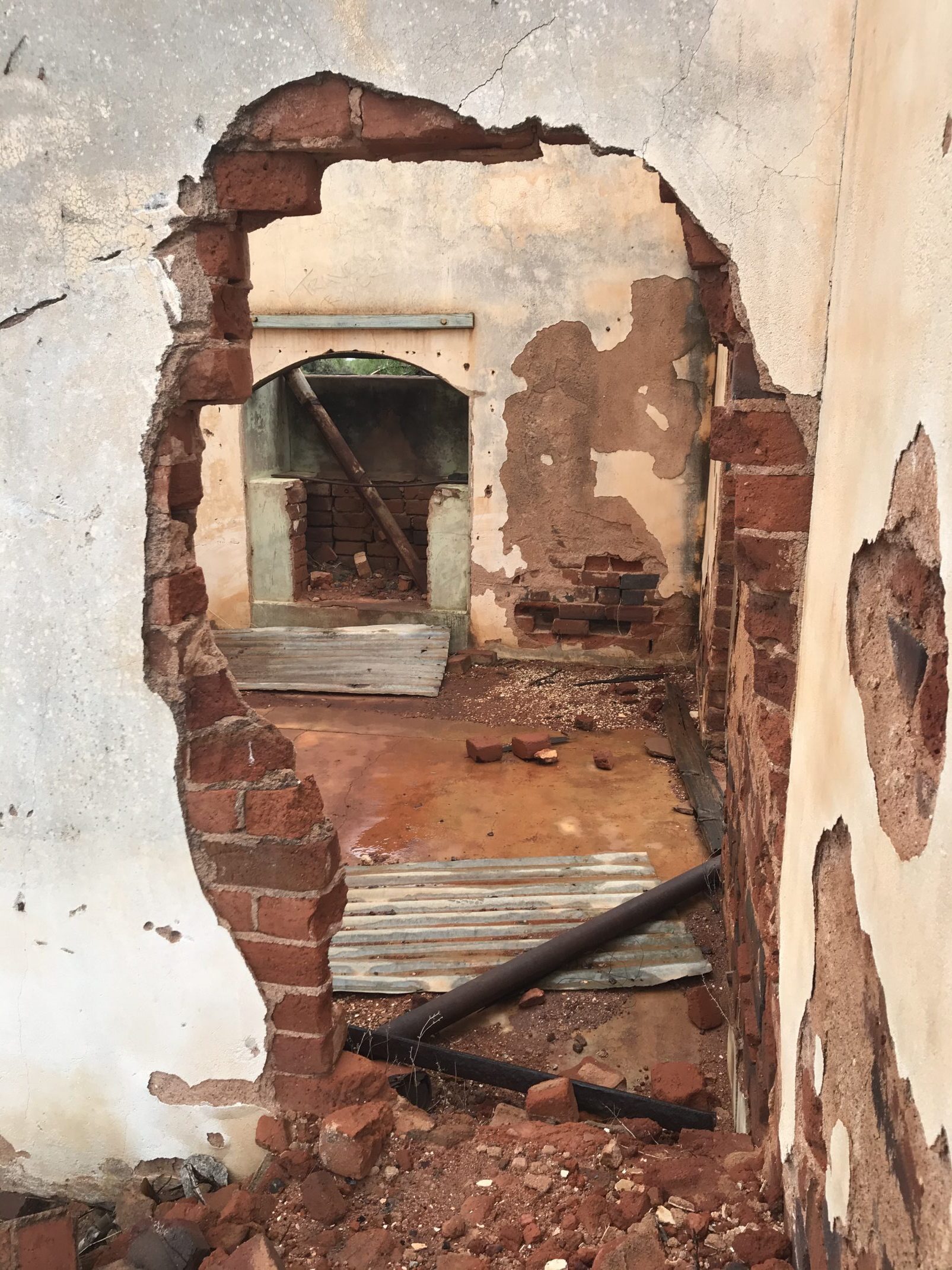 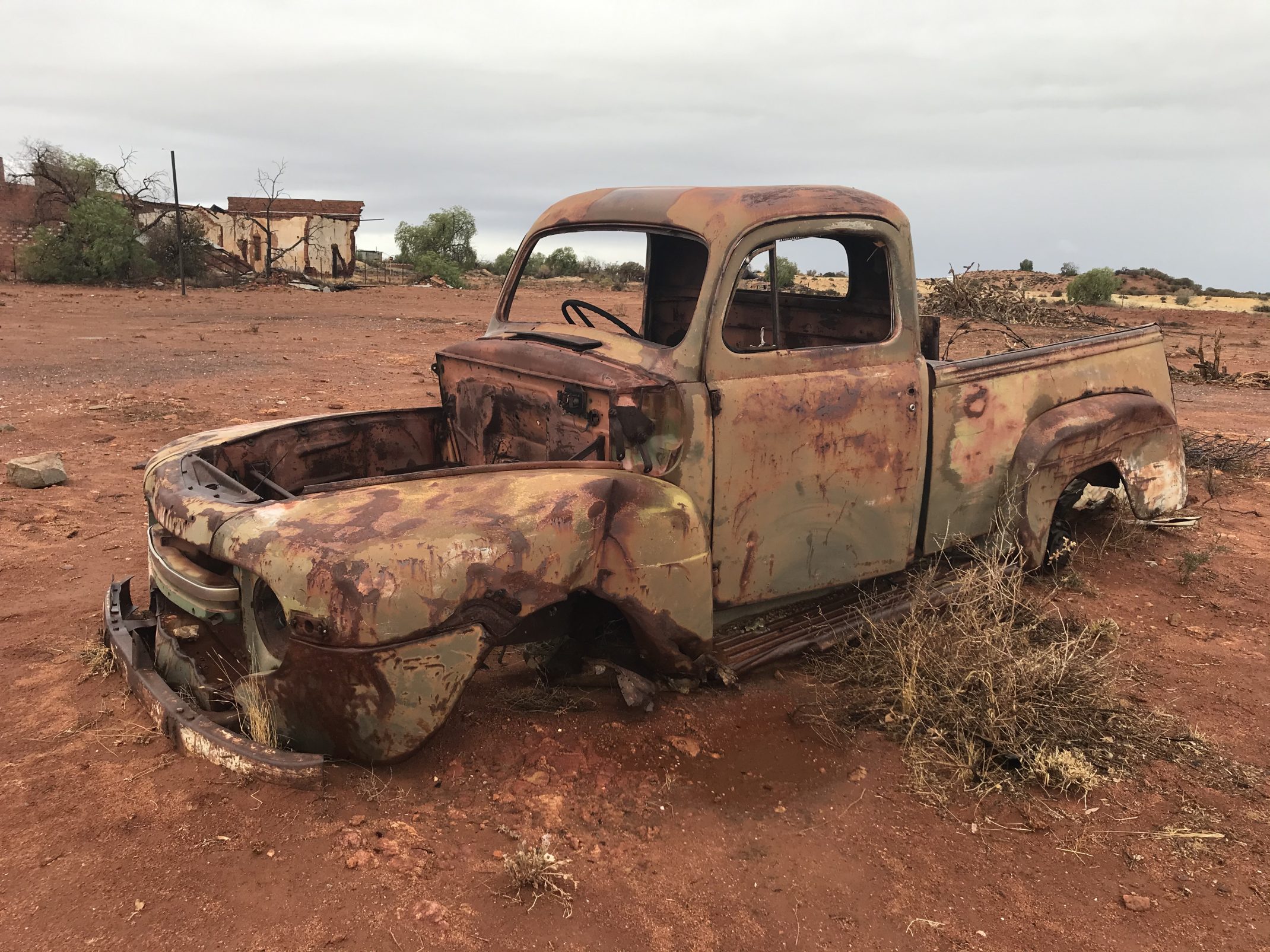 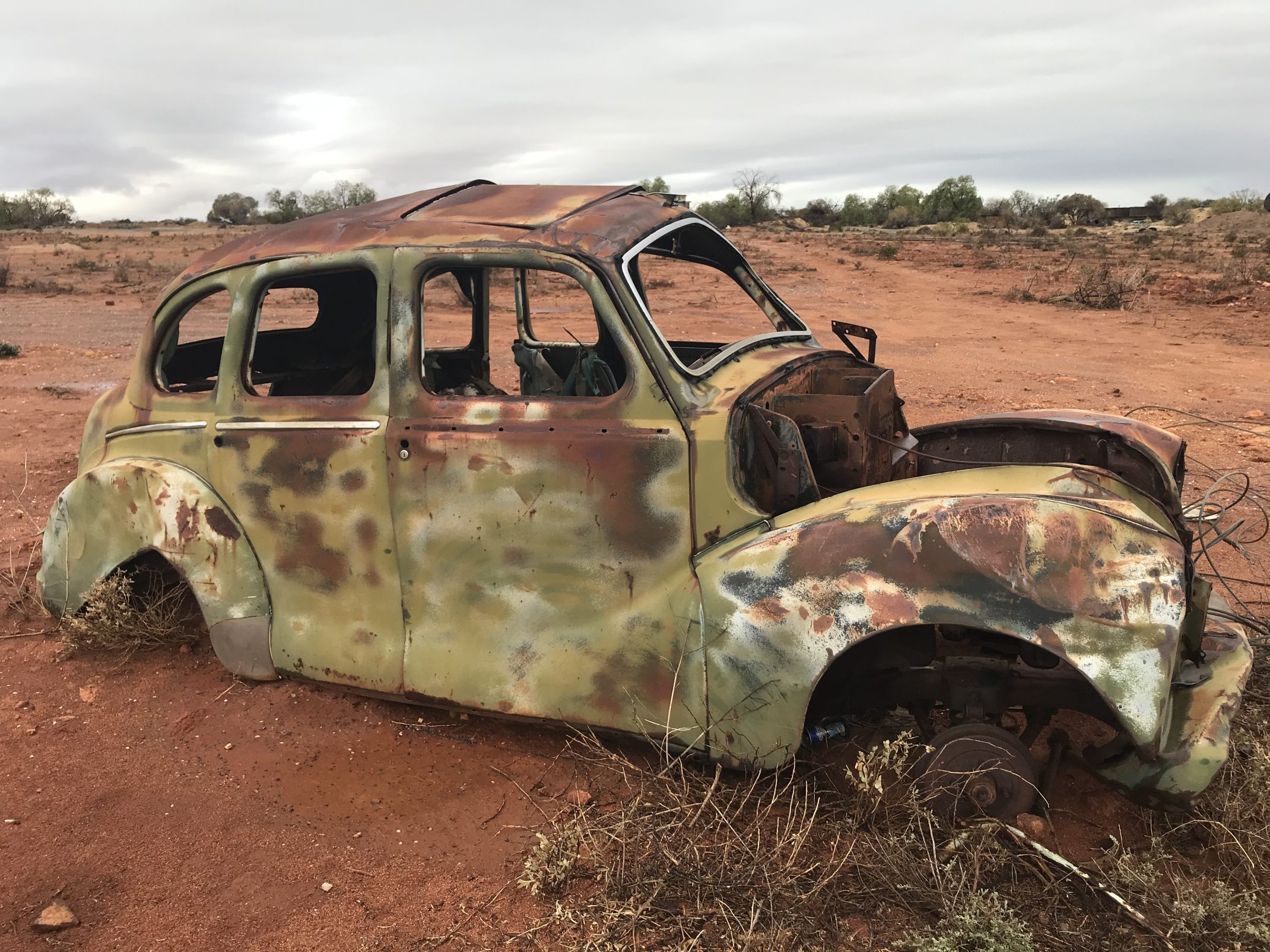 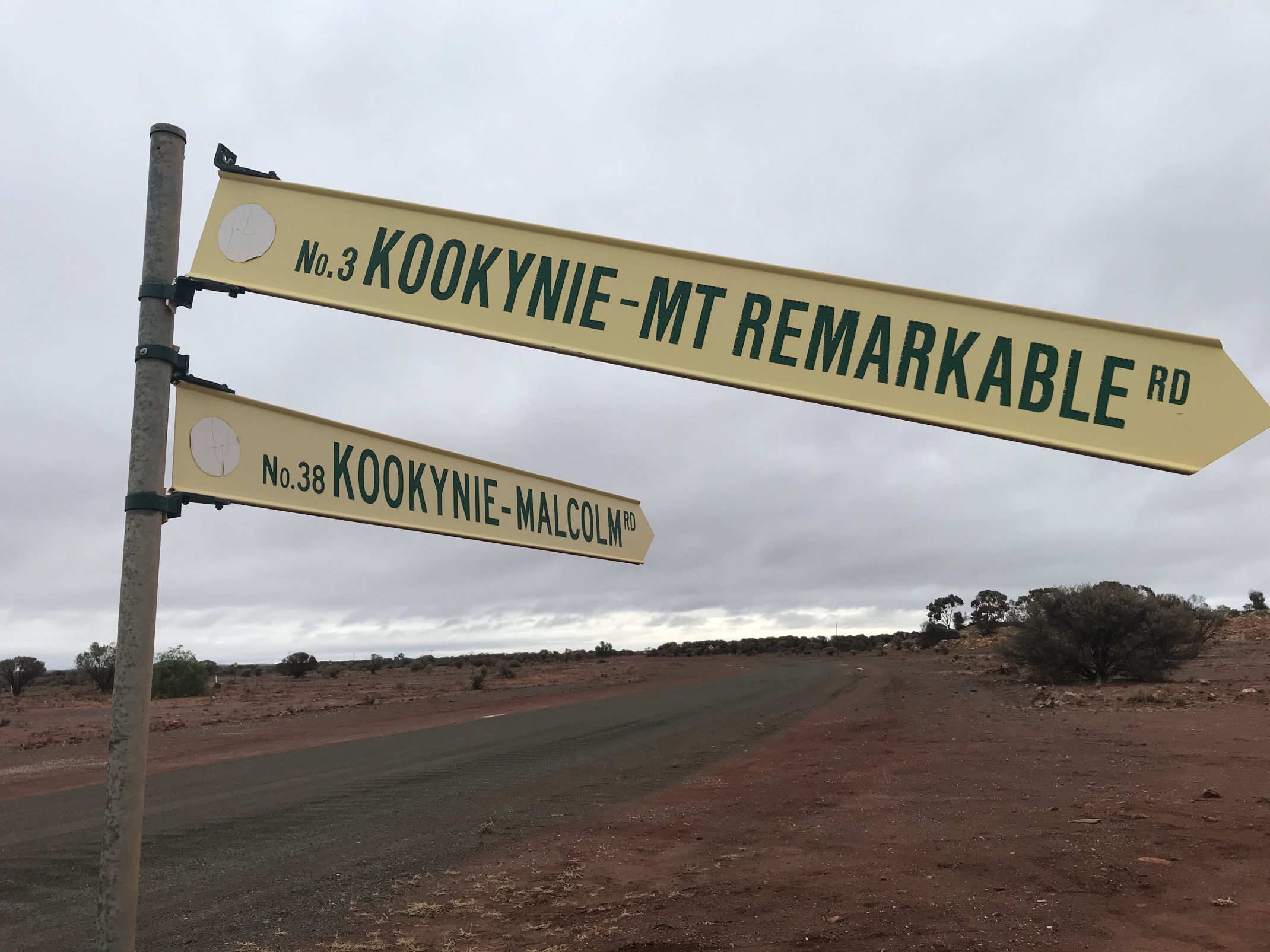 Kookynie had six hotels, a brewery and public baths. It’s difficult to imagine the lives of pioneering prospectors and how the town must have looked in its hey-day. Well-placed information boards provide history and information about the ruins.

Rusted cars and mining machinery dot the landscape. Broken bricks and pieces of pottery lay scattered on the ground.

Tourists, prospectors and locals now keep this small town afloat. Willy the horse is also grabbing people’s attention, now that he is living his best life at a remote Goldfields pub.