Silver Whisper – Tied up in Freo

March 27, 2020March 27, 2020 in Shipping News
The Silversea Cruises luxury cruise ship Silver Whisper departed Florida on what was to be a record-setting voyage – a 140-day itinerary visiting all seven continents. While longer cruise voyages have been conducted, this is the first to incorporate such geographic breadth.
Well , that was the plan and perhaps still is. Fremantle was always to be one of her stops. And she arrived Thursday. She also left Thursday night.
She’s geographically only a bit over halfway through her voyage, as it’s still a way to Amsterdam where she finally comes to rest.
Search as one might for a statement from the cruise line or its parent company Royal Caribbean, nothing can be found as to what’s going on with her future voyage. 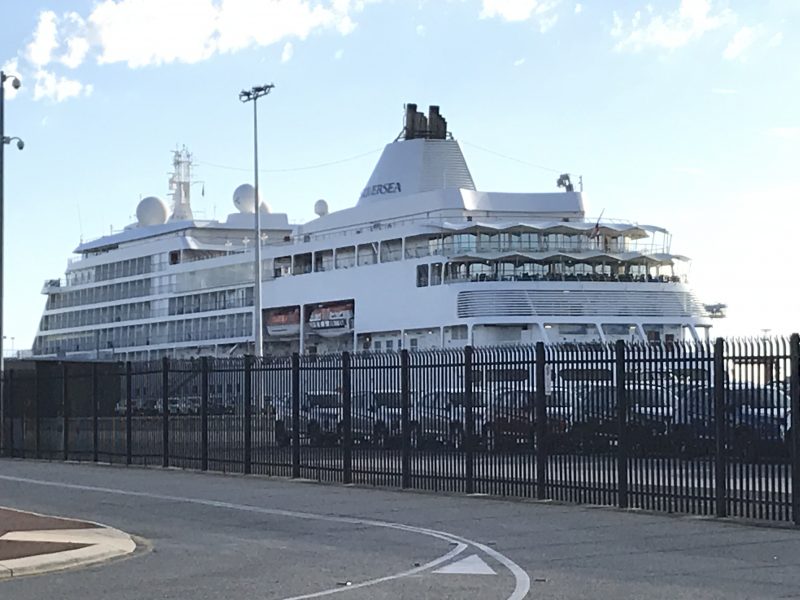 Next stop is scheduled as Singapore.
What we do know however is that the WA Commissioner of Police, who is also the Emergency Services Coordinator made an order under the Emergency Services Act 2005, on 24 March that no one is to disembark the Silver Whisper while she was in Freo, without his permission.
Silver Whisper is a small ultra-luxury ship, with space for only 388 passengers and butler service for each cabin. All-inclusive pricing for the voyage runs from US$65,000-240,000, depending upon cabin assignment.
Have a look here for more details of the available luxury.
So, as tough as it will be for passengers and crew to remain on board, probably for much of the remainder of her voyage, they should endure relative comfort.
One imagines she’s stocked with copious quantities of the much sought after item that has fast disappeared from supermarket shelves in Australia, among other things.
Bon voyage.
Share this
Related Articles