Home 2019 December 20 Your Christmas shopping could harm or help the planet. Which will it be?

Your Christmas shopping could harm or help the planet. Which will it be?

Australians spent $400 million on unwanted Christmas gifts last year. There must be a better way.

Australian shoppers are set to spend $52.7 billion this Christmas. In the words of the retail industry, we are “stampeding” to empty our wallets, both online and in stores.

The shopping frenzy is not good for the planet. It generates a mountain of waste including plastics, and decorations, wrapping paper and party paraphernalia only used once. It also involves thousands of air and road miles to transport goods, which creates up to 650kg of carbon dioxide per person.

Many Australian consumers are concerned at the environmental impact of their shopping habits, especially at Christmas. AAP

But amid the spending spree, consumers are becoming more concerned about environmental impacts. A recent survey of shoppers found one-quarter would prefer to receive a “socially conscious or eco-friendly” Christmas gift.

If you’re one of those people, read on to find out what Australian retailers are doing to help the environment. 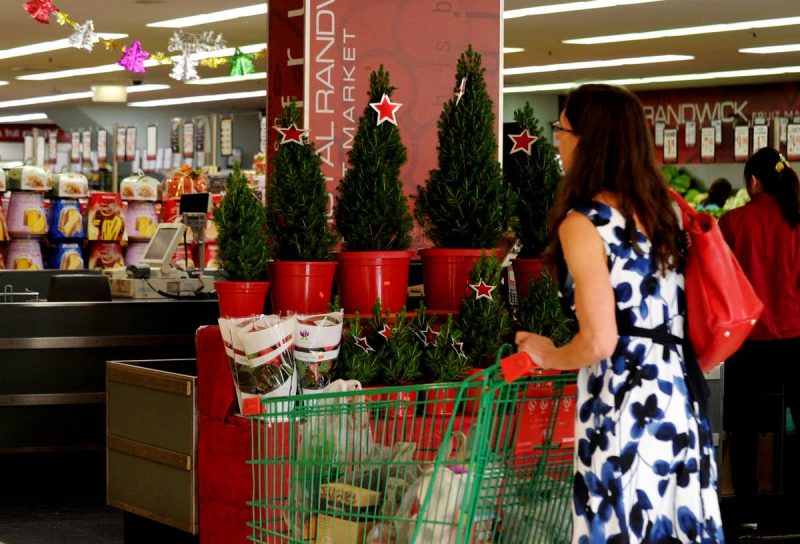 Supermarkets are leaders in the retail field on climate action. AAP/Tracey Nearmy

Responding to climate change is in the interests of retailers. The Department of the Environment and Energy has warned Australian businesses will be affected by higher temperatures, altered rainfall, bushfires, heatwaves, drought and storms. These can affect food production, the movement of goods and people’s ability to shop, among other things.

In Australian retail, supermarkets are leading the way on climate action.

Coles recently announced a deal with renewables developer Metka EGN. The supermarket giant will buy around 10% of its electricity from three new solar plants in New South Wales.

Woolworths has a goal to reduce greenhouse gas emissions to 60% below 2015 levels by 2030, and is installing natural refrigerants, or reducing refrigerant leaks, to reduce pollution.

Other retailers are also getting on board. Officeworks, in partnership with Greening Australia, is planting two trees for every one used, based on the weight of paper products bought by customers. It aims to both repair the environment and tackle climate change.

A YouGov report found 75% of Australian adults have thrown clothes away in the past year; 30% tossed more than ten garments. As fabrics break down, they release approximately three to four times their mass in methane and other greenhouse gases. 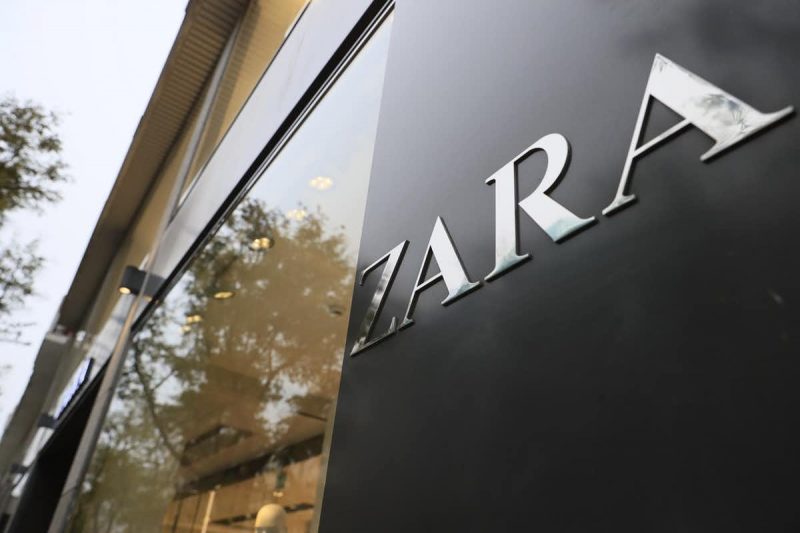 Zara stores are reducing their electricity and water use. AAP

Some major clothing retailers are responding. For example H&M offers a garment recycling service to prevent clothes from going to landfill. Customers hand in a bag of old clothes which are either reused, reworn or recycled. H&M is also among several global brands to offer clothing rentals.

By the end of this year, all Zara clothing stores, including in Australia, will be eco-efficient. Such stores use at least 20% less electricity and 40% less water than conventional stores.

Turning the tide on plastic

In Australia, Coles and Woolworths were heavily criticised recently over their plastic toy giveaways.

Woolworths responded with the Discovery Garden promotion which gave out free plants. However Coles relaunched its plastic promotion, Little Shop minis, claiming a poll revealed 96% of customers who collected the items still had them, and the packaging could be recycled.

Woolworths is the first Australian retailer to commit to introducing TerraCycle’s zero-waste resusable packaging system, Loop. Shoppers would purchase certain products in packing that can be returned and reused.

Woolworths and Coles also dumped single use plastic bags in 2018, before many state governments had legislated for a ban.

Non-grocery retailers are also getting on board. For example IKEA now allows shoppers to return, recycle and reuse old furniture. 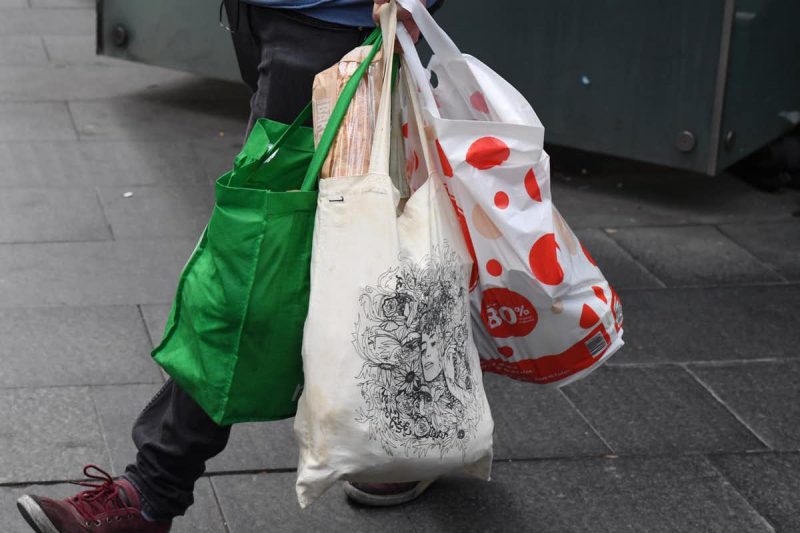 Coles and Woolworths are acting on plastic bag waste. AAP

Why retailers are acting

There are compelling financial reasons for retailers to go green.

Shoppers are more likely to choose retailers that share the same values and beliefs they do – this is known as the “value-belief-norm” theory, and explains pro-environmental behaviours.

So people who care about the environment are more likely to shop with retailers who have a higher level of environmental performance. If the values differ, this creates mental discomfort in the consumer known as cognitive dissonance, and they are likely to shop elsewhere.

Read more:
Greenwashing: can you trust that label?

But the retailer’s actions must be authentic. Consumers are becoming more alert to the problem of greenwashing, when businesses make misleading claims about their green credentials.

And retailers can always do more. The World Economic Forum says for supermarkets, this should include all stores moving towards becoming packaging-free, selling only local, seasonal produce and clearly labelling all products to indicate their carbon footprint. 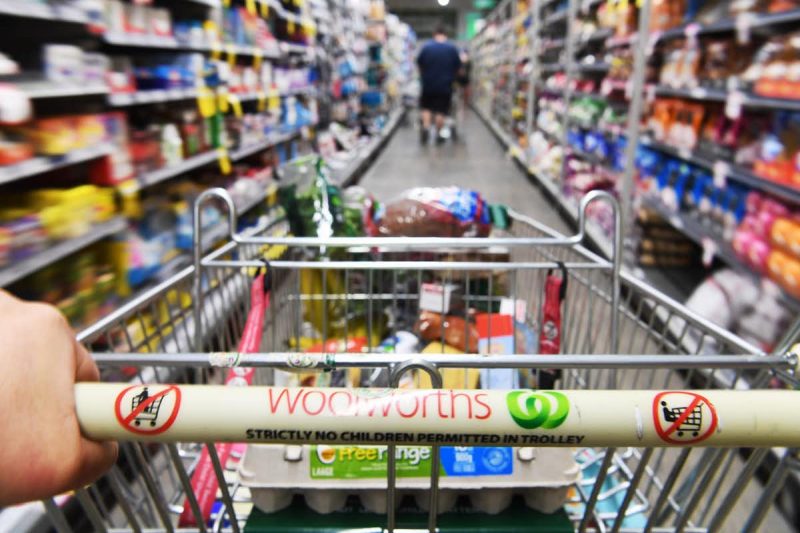 A number of online resources can help you have an eco-friendly Christmas. Buy goods produced locally, re-use or don’t use wrapping paper, reduce food waste with better storage and compost what you must dispose of. Recycle wrapping, send an e-card or gift voucher instead of a physical card or present, and plan well to avoid buying excess presents and food.

Be mindful of giving for giving’s sake. About $400 million was spent on unwanted gifts last Christmas, many of which probably went to landfill. The most unwanted presents included underwear, socks, pyjamas, candles and novelty items.

Or perhaps avoid the retail frenzy altogether, and consider having a present-free Christmas. The planet, and your wallet, will thank you.