In a recent opinion piece on the High Court’s sperm donor decision, the author considered the implications of the decision are limited. However, the authors of this opinion piece seem to have a slightly different view. Read on.

Families formed using donor conception have, for a decade or more, assumed donors of sperm and eggs are not legal parents because state and territory laws state they are not.

Over time, judges have opened up cracks in that apparent certainty, particularly for lesbian families and single mothers.

This week’s High Court’s decision in the Masson case blasts those cracks wide open, leaving the legal parentage of many donor-conceived children uncertain.

Who’s your daddy? This latest court case doesn’t provide any certainty for donors, women and their children.

What is the Masson case about?

This week, the High Court held that under the Family Law Act, Robert Masson, a man who provided sperm to a friend, Susan Parsons, for insemination is a legal parent of the child who resulted, and not merely a donor. Masson and Parsons (both court pseudonyms) agreed that Masson would be involved in the child’s life and named on her birth certificate.

The couple went on to have a second child, C, with an unknown donor, and later married in New Zealand, where Susan Parsons had grown up. The case went to court because the women wanted to relocate with the children to New Zealand to be closer to Susan’s family and where their marriage would be recognised.

What did the court decide?

Before a court could decide the relocation issue, it needed to determine who were B’s parents.

This was not easy. While state and territory laws expressly state a sperm donor is not a legal parent, the federal Family Law Act does so only where the child is born to a couple. Single women, as Susan Parsons was held to have been at the time of conception, are not explicitly addressed in s60H of the Act, which defines parentage where artificial conception is used.

The High Court held that though this part of the Act did not address the factual situation in this case, it should be read “expansively”. This allowed the court to draw on other provisions in the Act to determine legal parentage in this case.

Because there is no comprehensive definition of “parent” in the Act, the court held that “parent” is given its ordinary, accepted English meaning:

The question of whether a person is a parent of a child born of an artificial conception procedure depends on whether the person is a parent of the child according to the ordinary, accepted English meaning of “parent” … This is a question of fact and degree to be determined according to the ordinary, contemporary understanding of “parent” and the relevant circumstances of the case at hand.

The trial judge had found that, based on the pre-conception intentions of the parties and the level and type of involvement Masson had in B’s life, he was a legal parent. The High Court found no reason to doubt that conclusion.

What are the implications for mothers?

This latest decision provides legal certainty for the people involved in the dispute. But it has created uncertainty for other women who have conceived with known donors, and their children. This is because the court provides little guidance on what level of involvement is necessary to transform a donor into a parent.

The parenting arrangements in the Masson case are uncommon. The vast majority of women who conceive with a known donor do not co-parent with him. Typically, the donor plays an “uncle-like” role, though arrangements can vary enormous from virtually no contact to regular contact. 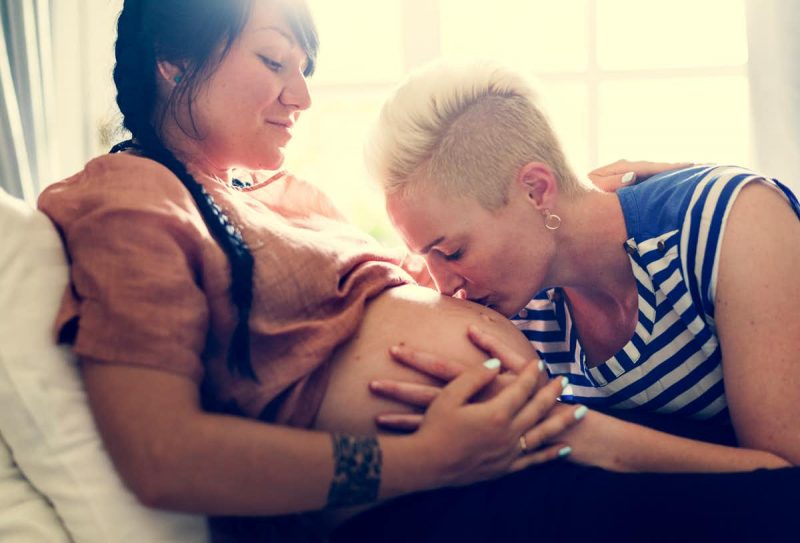 The case also does not provide certainty for single women or women not in a de facto relationship at the time of conception.

What is not clear after the Masson case is how much involvement is needed for a donor to qualify as a parent, or even whether it is necessary to be involved at all. The “ordinary” definition of parent could arguably include all biological parents, given that a genetic connection is all that is needed to make a man a parent where conception is via heterosexual intercourse.

What does this mean for single women?

It is also troubling that this expansive understanding of “parent” only applies where the birth mother did not have a spouse (married or de facto) when she conceived. In other words, known donors can be legal parents where the mother is single, but not where the mother has a partner at the time of conception.

Single women are the fastest growing demographic of people using donated sperm and a significant number use known donors to conceive. This ruling creates considerable uncertainty about their children’s legal status. It also creates an inequity in the legal framework; couples are protected from donors’ assertions of legal parentage while single women are not.

Finally, the decision raises serious concerns for the growing number of women who conceive through fertility clinics with the sperm of an unknown donor, but are making “early contact” with the donor. This is via legislation, such as that in Victoria, which facilitates contact between clinic-based sperm donors and their offspring where both parties consent.

Many mothers have done so wanting to give their child a connection with the other half of their genetic heritage. But now it is unclear whether having some level of involvement could make the donor a legal parent. If the child calls him “Dad”, might he suddenly be a legal parent and entitled to a say in major parenting decisions? When should a donor’s involvement be assessed? Could he gradually become a parent over time?

This decision opens up any number of possibilities. It will be important for families and donors to be aware of the legal risks early contact may involve.

This judgement may also worry donors, who donated on the understanding they would not be responsible for financial support of children born from their donations. Whether they now meet the definition of “parent” for the purposes of child support is unclear.

There may also be positives to this judgement. The High Court was willing to take into account the reality of a child’s relationship with the people they regard as their parents – in other words, “psychological parenthood”.

This is a big improvement on the narrow biological definition of “parent” which had prevailed until very recently:

a person who has begotten or borne a child.

How exactly this broader definition of legal parent might work in practice remains to be seen.