January 31, 2019February 12, 2019 in Life, Law & Culture
During and after the America’s Cup in the 1980s, artist Roger Leevers gained an iconic following of fans who used to come to look at his latest satirical blackboard drawings in Fremantle designed to sell the new boutique beers that a spate of local breweries were bringing to the jaded and parochial Australian palette.
Roger’s cynical visions of Australian politics and consumerism tested the boundaries of publicans’ tolerance – once they understood them. Emeritus Professor Richard Read has been given unique access to these lost treasures and will extol Roger’s art for its elated critique of a lost Fremantle pub culture.
A warning: while Roger goes in for a lot of refined irony, pub art of the 1980s could tend to the bawdy side! Join us for this unique event – complete with beer and bar snacks!
Emeritus Professor Richard Read
The Glass Canoe and the Honey-Eater: Roger Leever’s Outsider Art of Elation
Thurs February 7th 6.00pm-8.00pm
A. H. Bracks Library, Melville, cnr Canning Hwy and Stock Rd.
Cost $5
Bookings can be made on the City of Melville website. 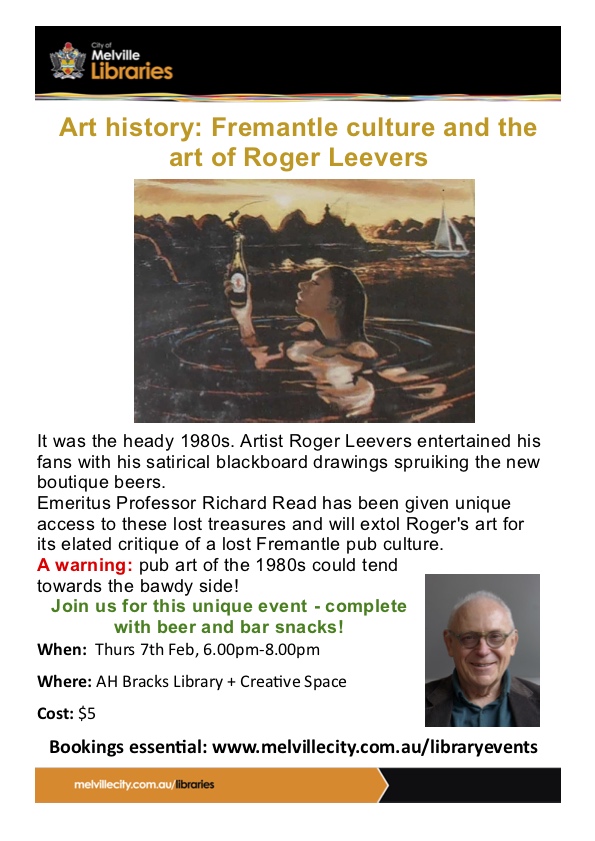 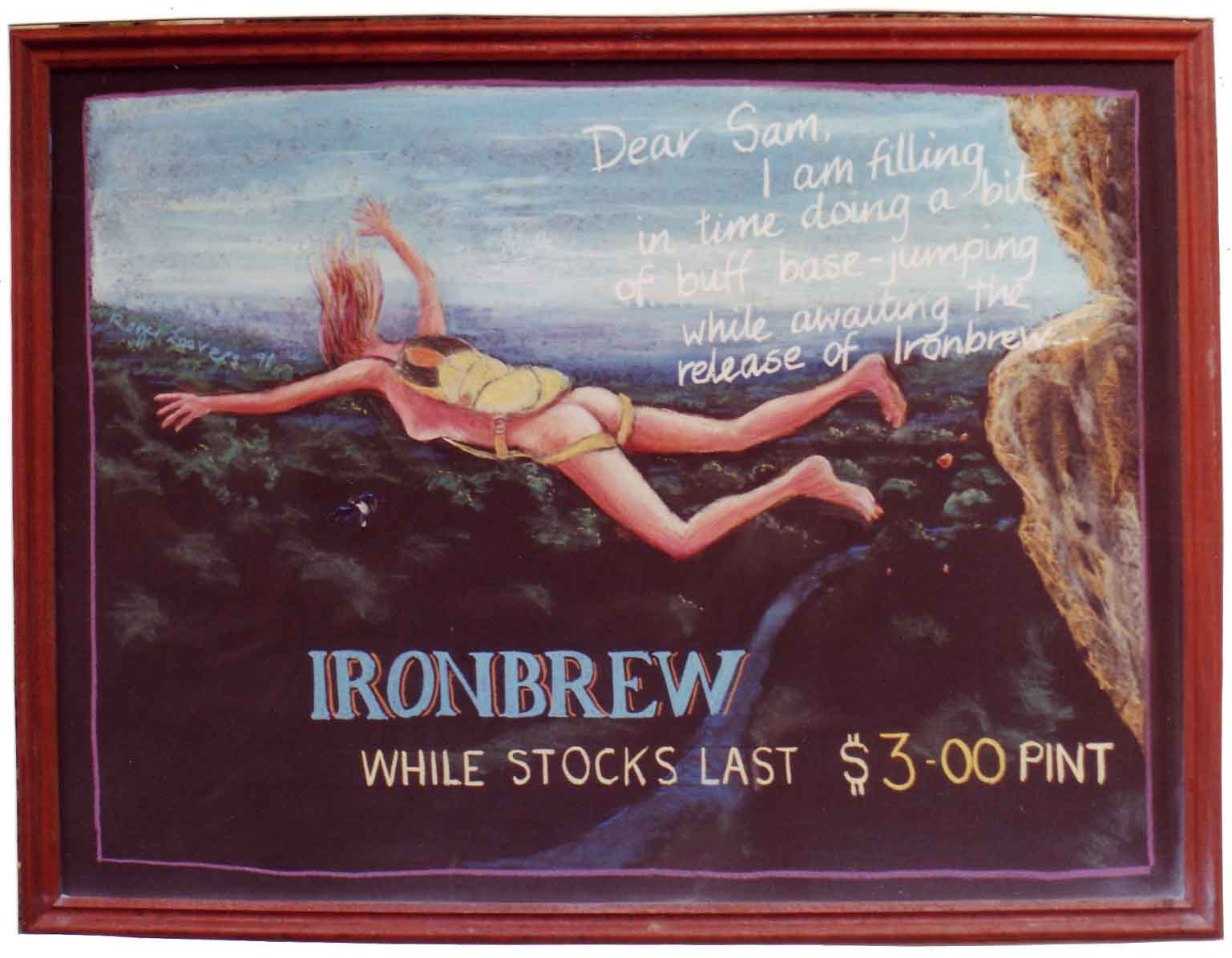 ‘Dear Sam, I am fillng in time doing a bit of buff base-jumping while awaiting the release of Ironbrew’ 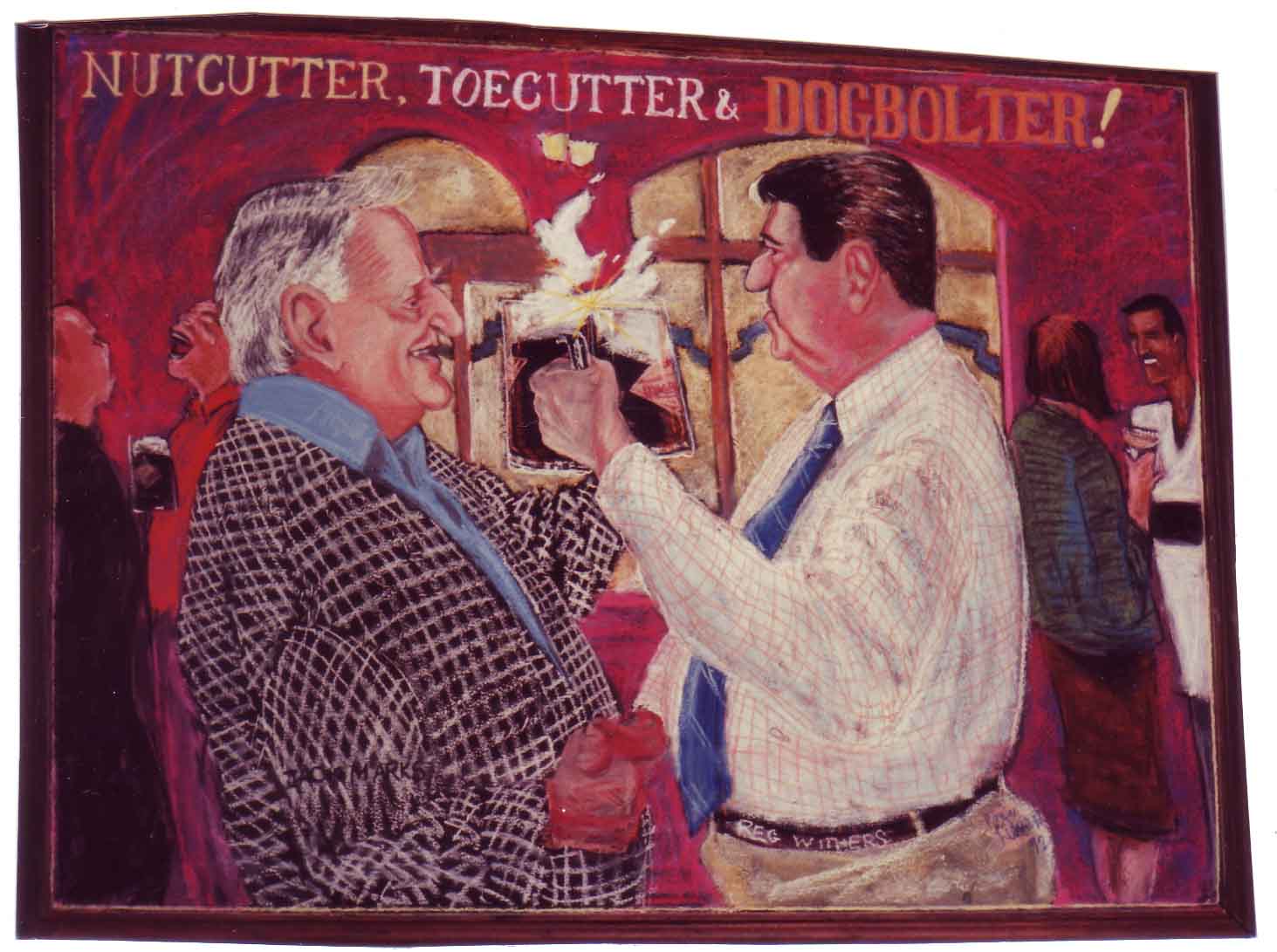