You can take your pick!

Get down to Victoria Quay and watch them in action, day or night.

When the inner harbour was opened on 4 May 1897, the installation of cranes for loading and unloading vessels was not far behind.

By the 1920s and 30s, Fremantle boasted a total of 4 Babcock & Wilcox cranes. These cranes, with cargo nets, were used to load and unload the cargo vessels that called into Fremantle, before the introduction, in the 1970s, of the shipping containers we use today. Three of the early B&W cranes remain intact and may be found resting behind the Fremantle Maritime Museum. 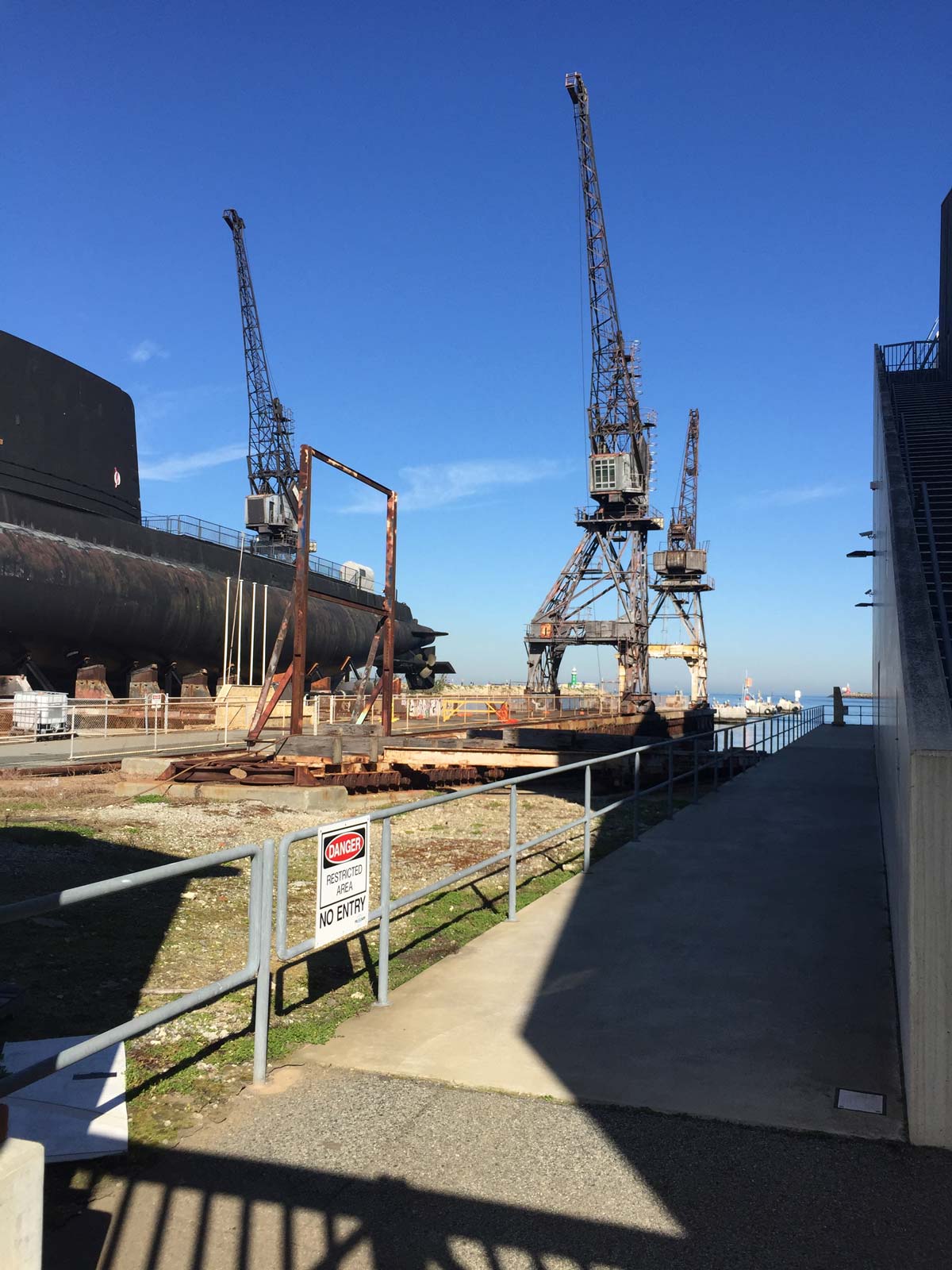 The old cranes at Fremantle Port

Fremantle today is Australia’s fourth largest container port and services the container trade for the majority of Western Australia. The major commodities imported to Fremantle by container are manufactured goods, furniture and parts, chemicals, paper and agricultural and industrial machinery. Animal feeds, waste paper, scrap metal and cereals make up the majority of containerised exports from Fremantle.

The current 7 portainer cranes are fitted with Bromma spreaders to enable them to lift a different combination of containers, such as a single 20’, single 40’, single 45’ or two 20’ containers at the same time.

These 7 cranes managed to lift a total of 715,949 twenty foot equivalent units (TEU’s) in the 2016-2017 financial year, and serviced a total of 510 containerships, which average around 30 hours alongside.

The stevedores work in teams of around 14, rotating regularly due to the position they need to be in operate the cranes and can unload and load up to 1000 containers in a 24 hour period.

The new, eighth crane just delivered, to DP World, is a ZPMC Super post panamax crane and will stand 50m tall, weighing 1200 tonne and be able to lift 75 tn. The outreach of the new crane will allow it to work on the post panamax containerships that are becoming wider and can carry 10,000 containers per vessel.

By the way, the Zhen Hua 24 carrying the new crane is currently due into Fremantle at approximately 0600 on 20 September and will be visible from the Fremantle Maritime Museum.  Get a look at her.

Check them out at the Port soon! 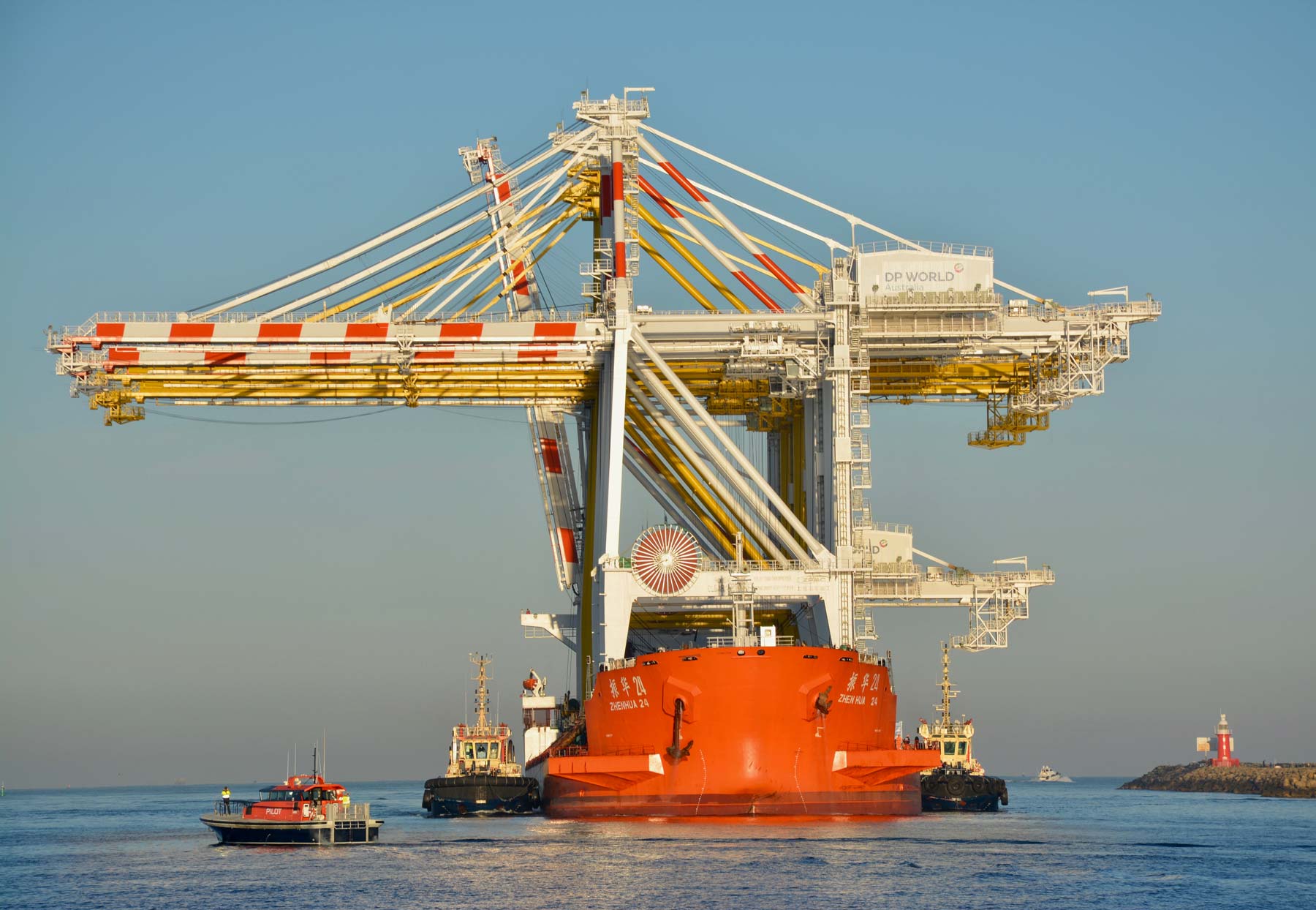 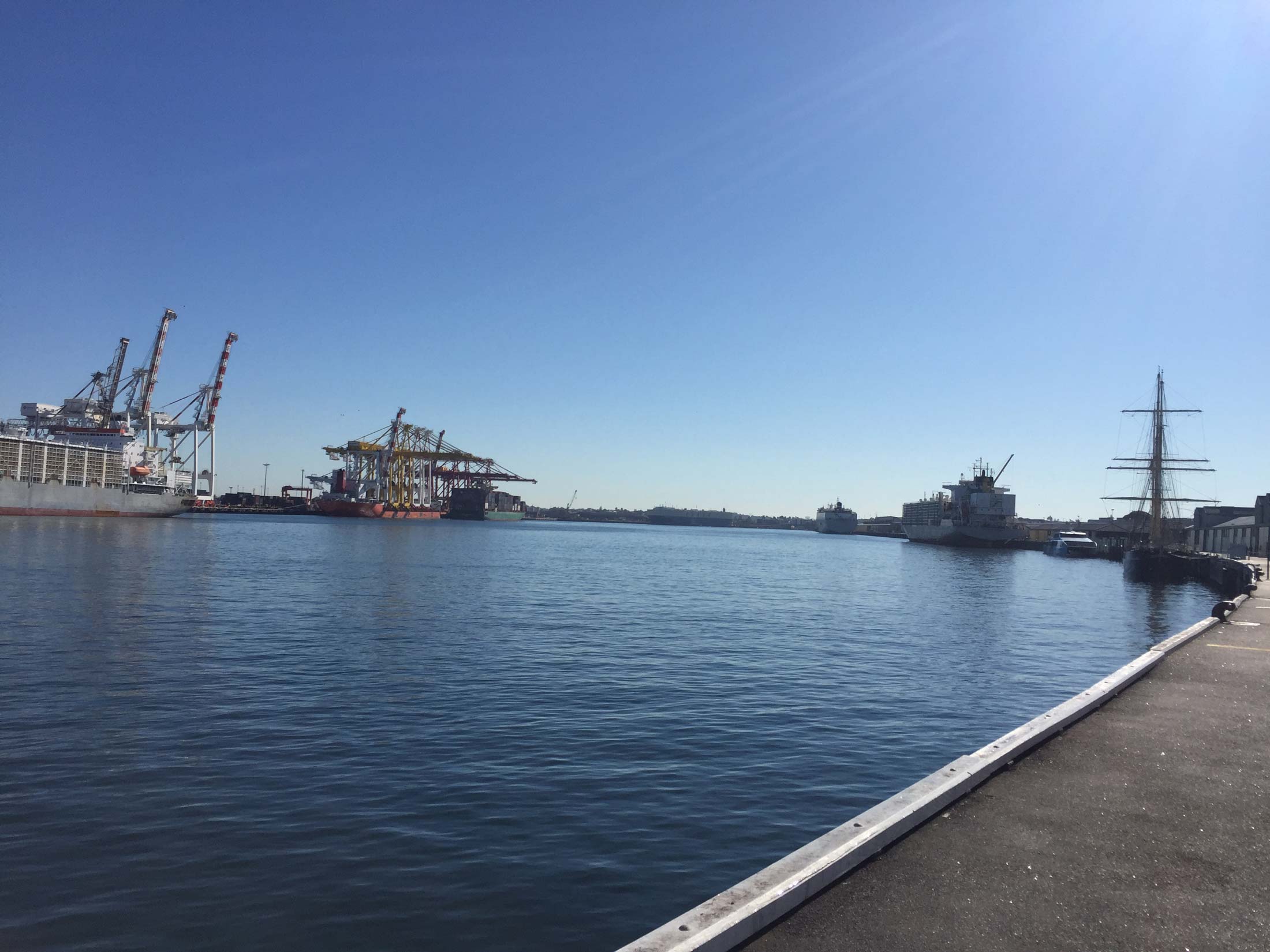