The Japanese icebreaker Shirase was completed in May 2009 and made her maiden voyage in November 2009 to support the then 51st Japanese Antarctic Research Expedition.

She is designed to operate a continuous icebreaking capability of 1.5m thick ice at 3 knots and 22 MW. To reduce snow resistance a water flushing system of 260 m3/min is equipped at the bow.

She is as strong as she appears. During her first voyage she encountered one the most severe ice conditions of the past 50 years. With the ice thickness of multi-year ice being more than 4 metres and covered with compacted snow of 1 m, she broke through the ice field by ramming operation using technologies such as the water flushing at the bow , which vastly improved her icebreaking capabilities.

Last Monday 27th November the Japanese Ice Breaker Shirase entered Fremantle Ports from Tokyo’s Harumi pier. She was here to collect most of her 180 crew before heading to Antarctica.

She left Fremantle Ports Saturday 2nd December and I was there to watch the tug boats guiding her out, amongst many Japanese people who were calling out well wishes in their native tongue… Big smiles all round.

She is estimated to arrive near Showa Station in Antarctica around 21 December to transport 1,000 tons of goods.

Her team of scientists will choose a new drilling point (the last drilling in 2007 collected 720,000 year old ice samples from the Dome Fuji Station in inland Antarctica) in the hope of sampling even older ice to set a new record and assist them to understand climate change of the past and hopefully predict future global warming conditions.

The 180 strong team will conduct both atmospheric and marine observations, along with research on penguins and other arctic creatures. 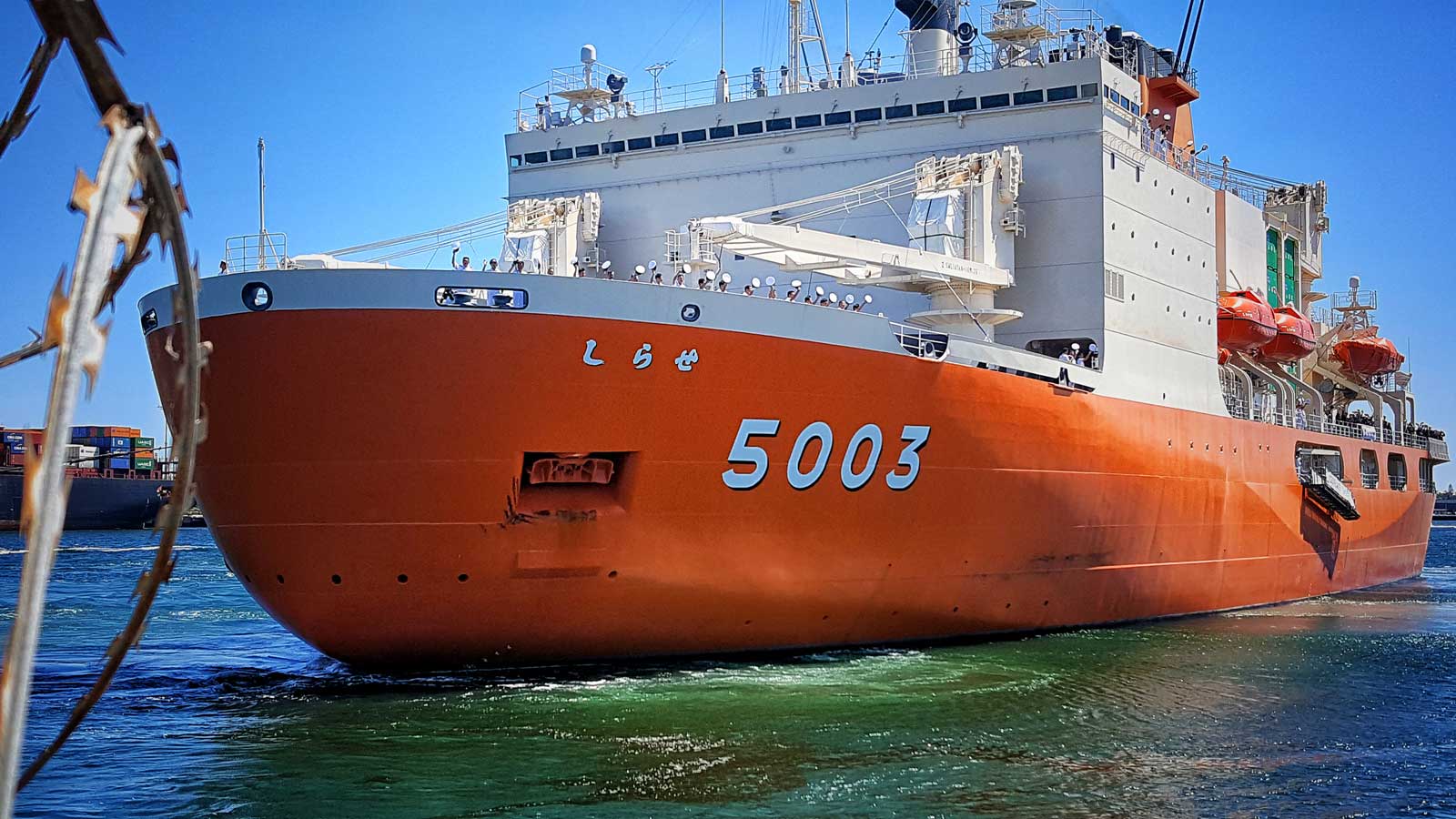 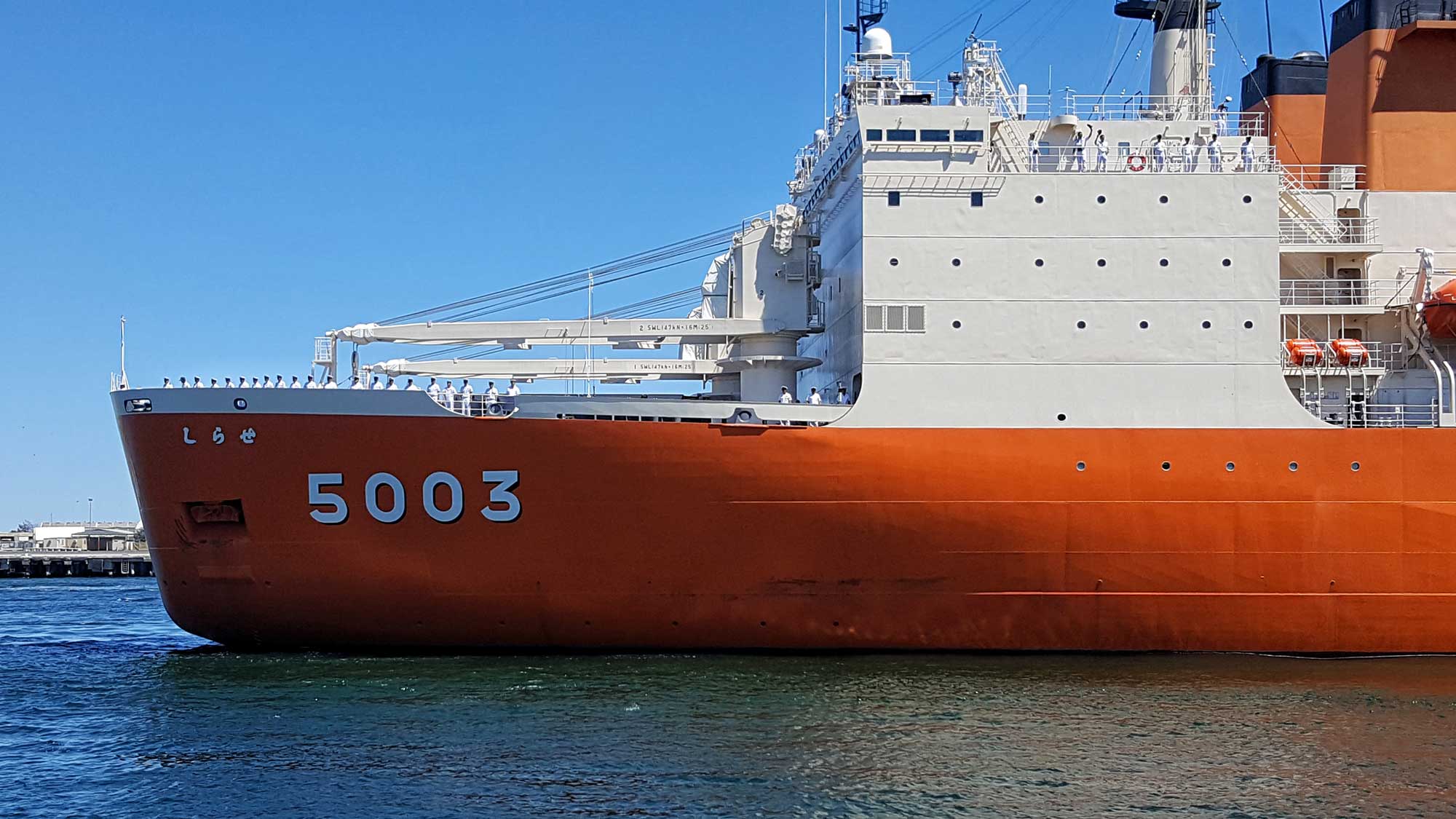