Life On The North Side – TAMS Group

The first in a series of articles about Freo-based businesses

If you haven’t been in the Rous Head commercial zone recently, on the north side of the Inner Harbour, you should reacquaint yourself with what goes on there. It’s a whole new world, so different from the rest of Freo. It’s an amazing, beating marine hub.

The first thing you register, as you turn left from Tydeman Road, North Freo into Port Beach Road and head south towards North Mole, is the enormous area devoted to the storage of containers – a veritable container city. You then realize just what happens to the containers you see arriving and leaving the port on the ships we feature daily on FSN’s In Port department, before they are conveyed to more distant places by road, rail and sea.

The next thing you notice as you enter into the Rous Head zone proper, is the tremendous number and range of businesses that prosper in and around the north side all to do with the water.

The commercial life of Freo has always been critical to the City’s general prosperity, and it has long been connected with the water, something you appreciate clearly when you’re in the Rous Head zone. And this appreciation was borne out on our visit to the TAMS Group business in Sultan Way, where we were shown around by the energetic CFO, Mr Lee Bartlett.

Until they rebranded not so long ago, TAMS were known as Total AMS Pty Ltd. The TAMS Group occupy a large 26,000 square metre site right on Rous Head Harbour. Looking across from their impressive big boat lifter at the Harbour’s edge, the entrance at North Mole is enticingly visible. Nearby to the boat lifter, TAMS employees may well have the best lunch room in Freo. Their Harbour view is untrammeled and they are close enough to the water to cast a lazy line while munching a sandwich!

Speaking of employees, TAMS has some 400 who are employed at Rous Head and other locations the Group operates from. Quite an employer. And a fair indication of the size and success of the TAMS various enterprises, especially over the last decade.

The TAMS Group history could itself provide an MBA case study for business expansion, management and success. In 1999, Mr Grant McCleary established Australian Mooring Services with a focus on commercial diving. From that acorn the TAMS oak tree has grown. Perhaps a better simile would be, from that grain of oyster sand this pearl of a business has grown!

In 2008, Total Harbour Services, a harbour and terminal towage business working around the Fremantle and Cockburn Sound area was acquired.

In 2010, WA Dredging incorporated it into the present company. Then, in a brief period of rapid growth between 2010-2013, the dredger River Bee was bought, Northport Marine – which focused on vessel repairs –  was acquired, and the Onslow Shore Base was established to support marine operations in the Pilbara was established.

An injection of skilled executives and additional equity holders was added to ensure the success of this growth strategy. The results appear to speak for themselves.

Today TAMS Group offers a diverse integrated marine services in marine construction; vessel and plant hire; harbour and terminal towage; commercial diving; dredging; mooring design, installation and maintenance; marine manning; offshore and port logistics support; and engineering design and fabrication. They can do anything under, on and alongside the water.

It is businesses like TAMS and others around the Port, both at the Inner and Outer Harbours,  that can take you a little by surprise. They are significant by any measure. The accompanying photographs give you an inkling as to the size, organization and overall feel of the Rous Head base of the TAMS Group enterprise, and how it contributes to the continuing life of Fremantle as a maritime city.

Take a diversion into the Rous Head zone when next you’re heading to Port or Leighton for a swim and sense all his for yourself! 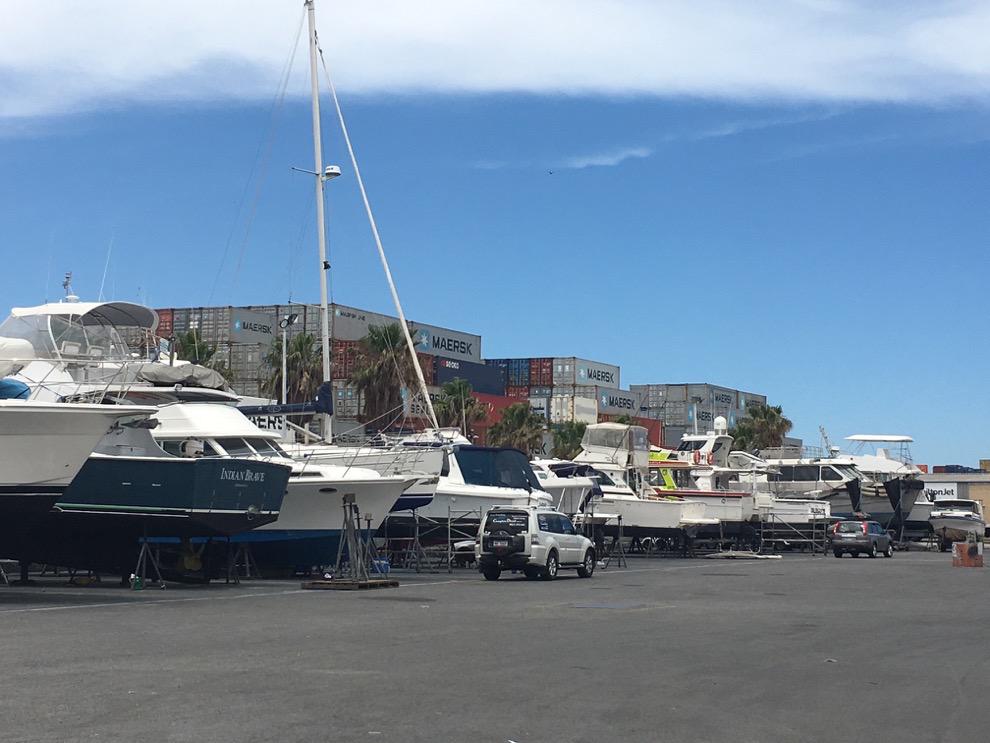 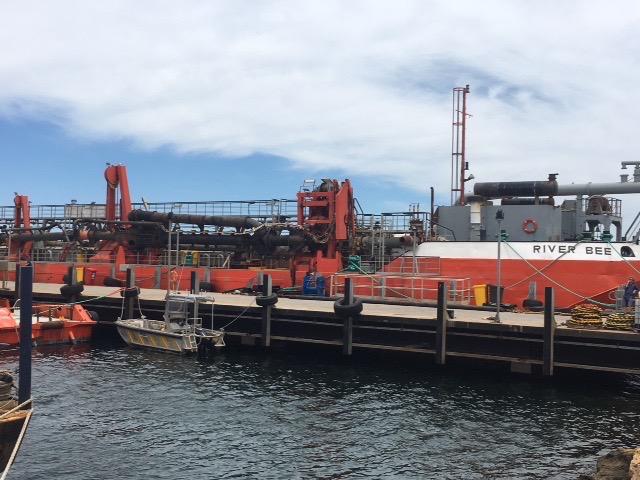 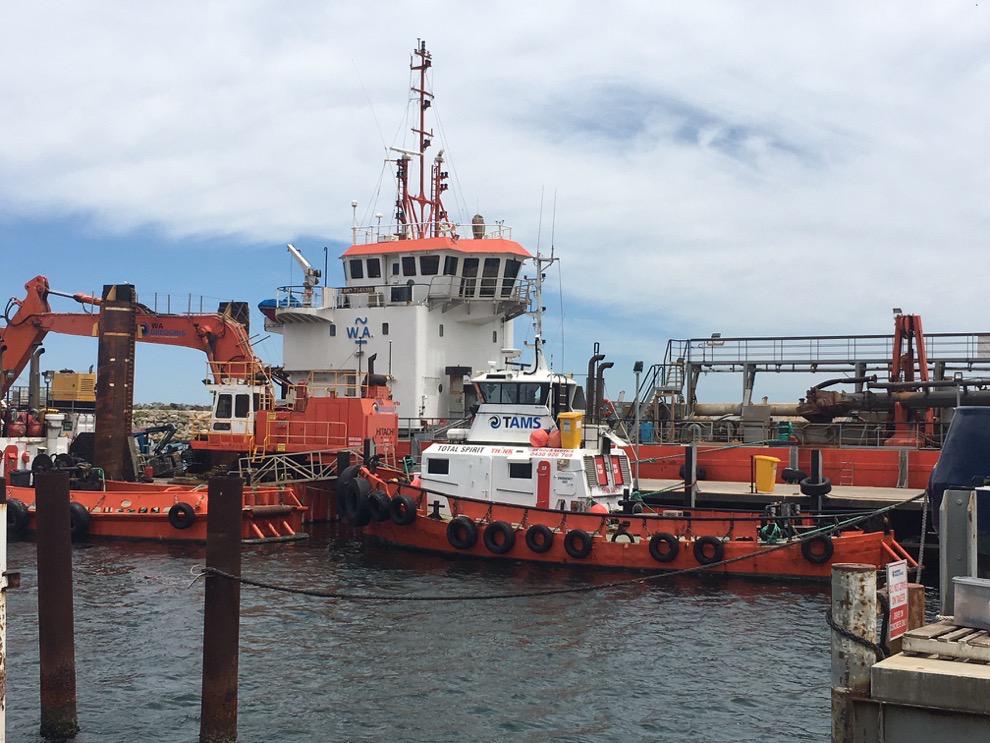 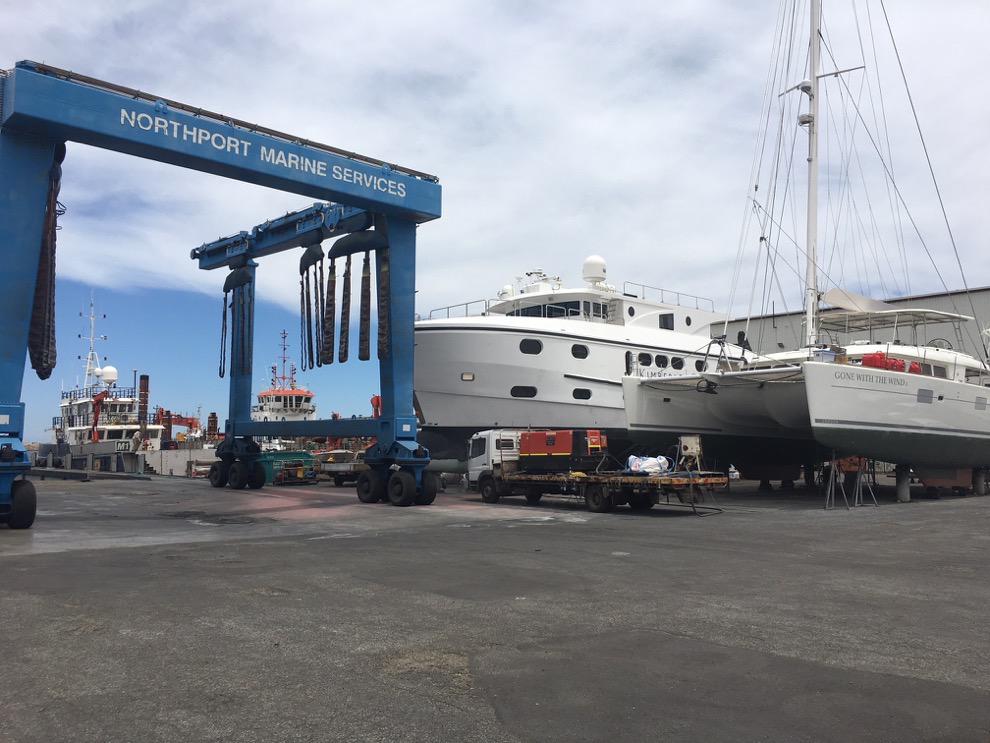 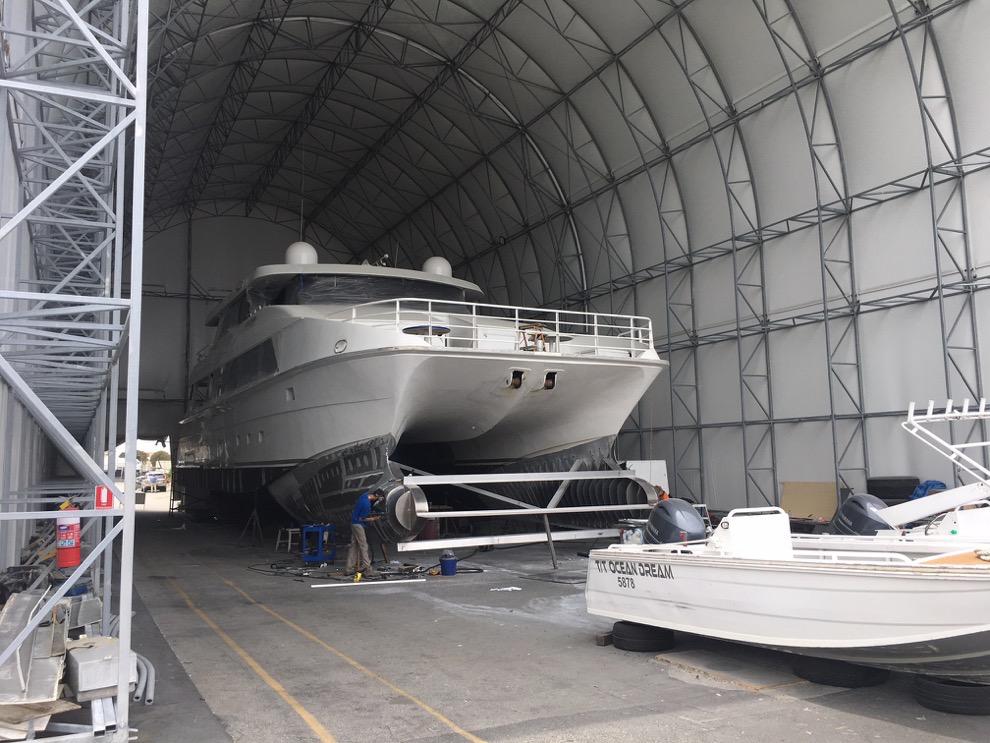