Melissa Parke, the high profile member for Fremantle in the House of Representatives in Canberra from 2007 until her retirement from active politics at the general election in May 2016, talks to FSN about her time in politics.

Melissa came to politics with a career in law and international human rights behind her. Her strong personal commitment to human rights issues soon became evident as the member for Fremantle, including over refugee, Palestinian and security issues, as well as in advocating for new animal welfare and environmental policies.

Most recently, in the run up to the WA state election, Melissa found herself in the frontline once again over the controversial Roe 8 extension proposal, along with Carmen Lawrence and Josh Wilson, a past Freo MHR and the present MHR, who may be seen together in protest mode in the accompanying photograph.

In this interview Melissa Parke shares something of her experience as the member for Fremantle, the issues she stands for, the challenges of party politics and the tyranny of distance for WA based federal politicians, and what life is beginning to look like after nine years in the hothouse of federal politics. 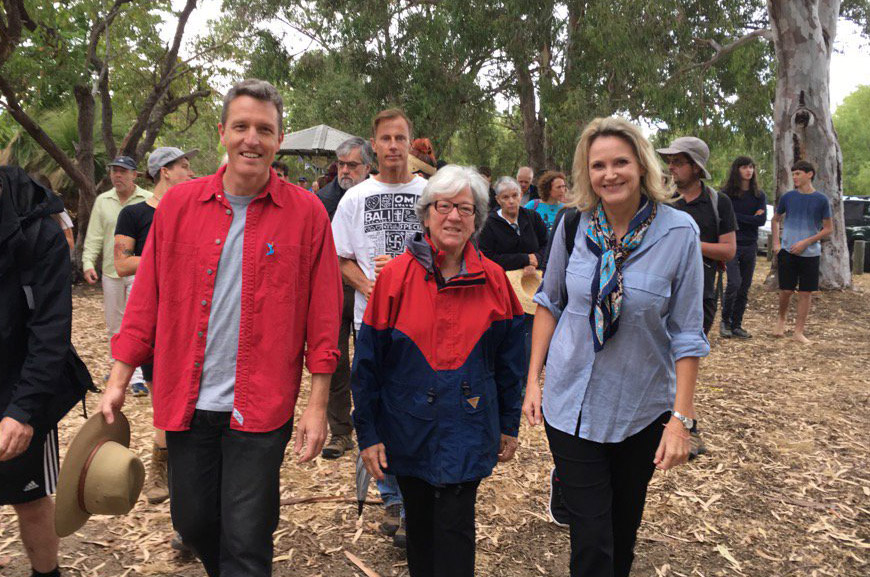