The Bridges Of Fremantle City

Over the years since British colonial settlement of The Swan River Colony in 1829, there have been a few bridges across the Swan River near Fremantle.

For the Indigenous Whadjuk People of the Noongar Nation, who know the river as the Derbarl Yerrigan, those parts of the river where the bridges stand provided important crossing places from one side of the river to the other.

Of the bridges that still stand, the old Fremantle Traffic Bridge is the oldest – although it is slated for removal and replacement with something newer and safer. We await the imminent unveiling of the replacement bridge plans and design. From this bridge you can look east to the Stirling Bridge and west across the Railway Bridge to the Port’s inner harbour, with Victoria Quay on the south side and North Quay on the north. 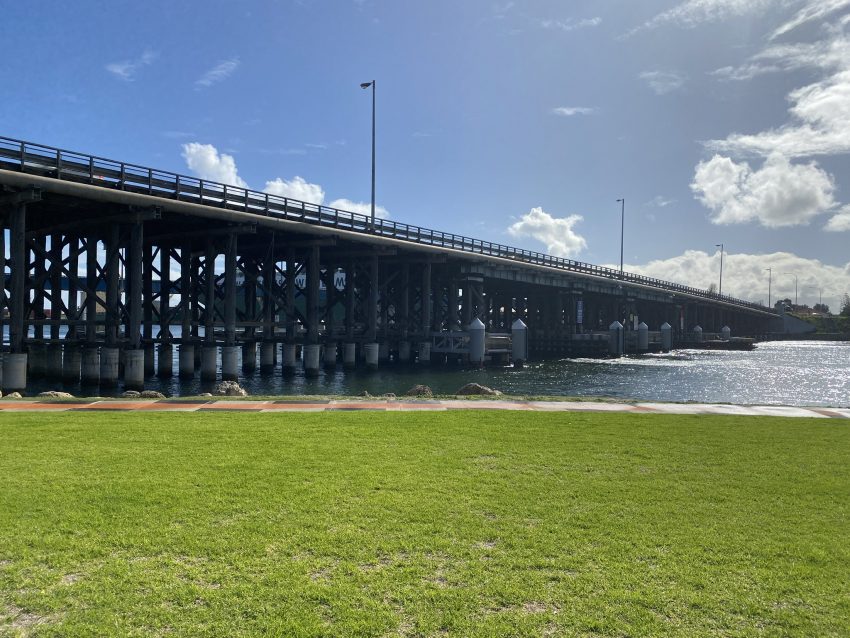 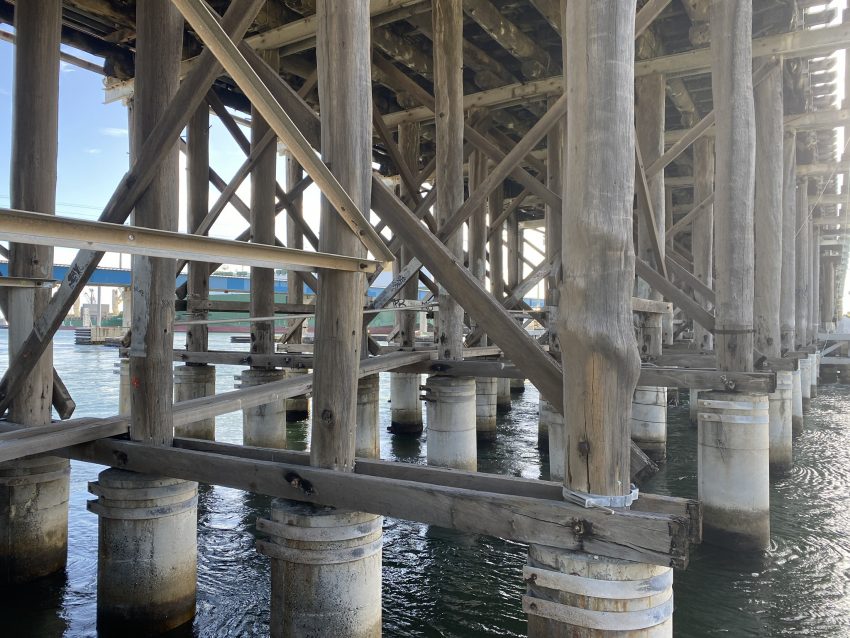 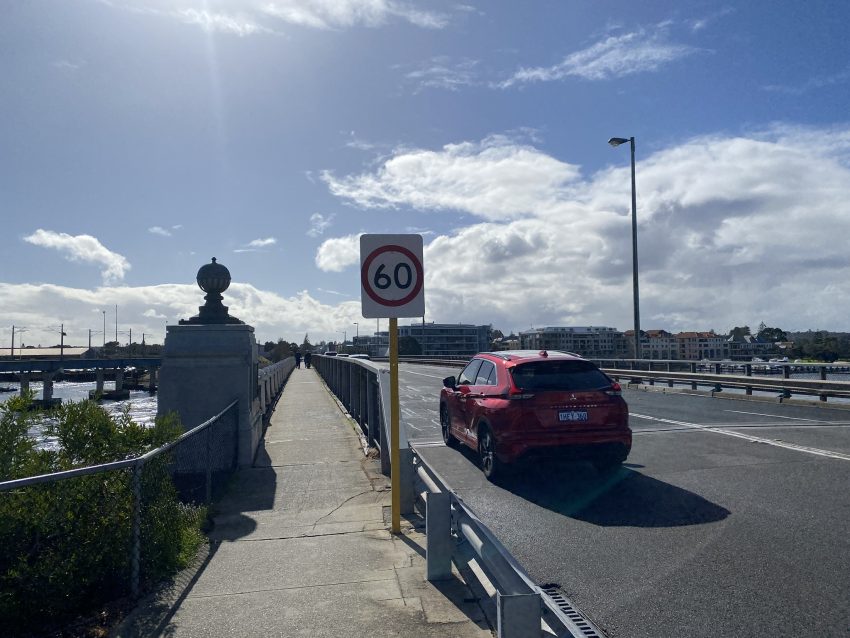 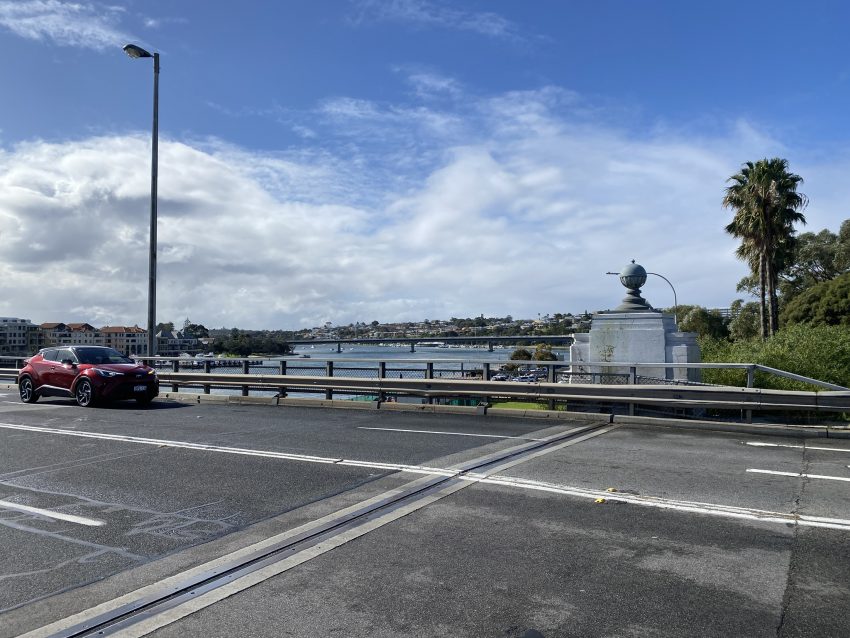 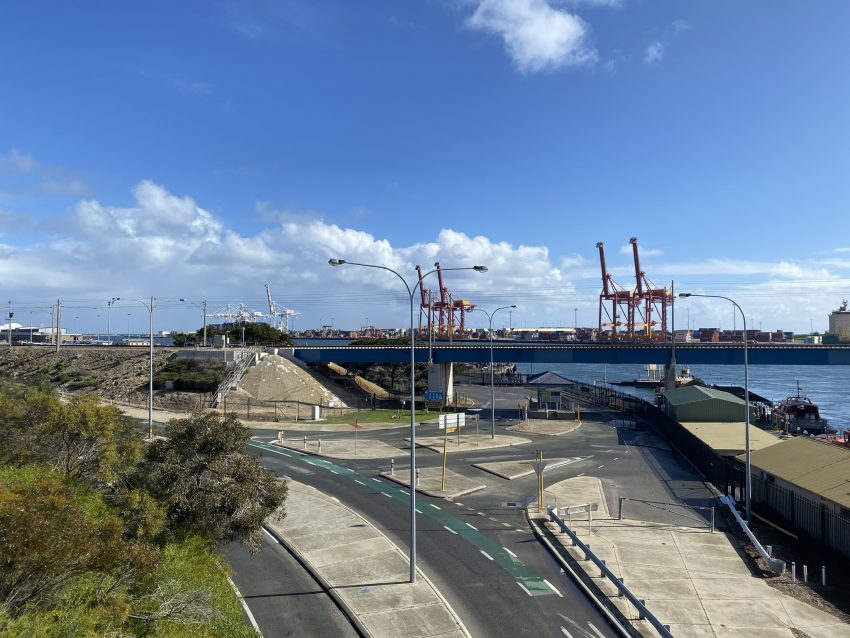 Near to the old Traffic Bridge, just to its west, is the Rail Bridge. Not a fashion-plate by any means, but it gets done the job of taking passenger rail from Freo to Perth and back, and getting container freight rail through Fremantle to North Quay. Soon, along with the new traffic bridge, there will be an additional, new rail bridge. Again, we await the unveiling of that new bridge plans and design. 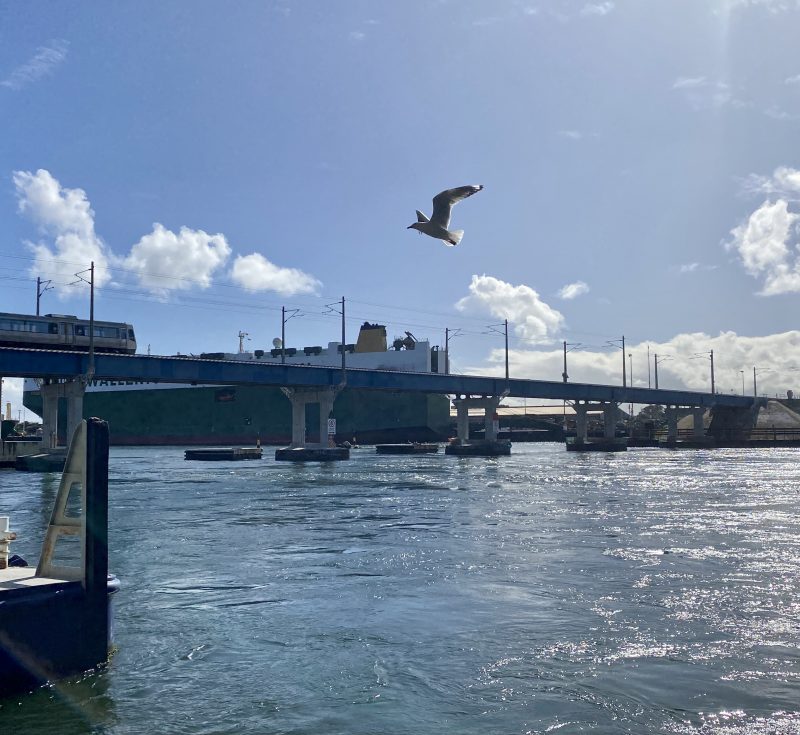 To the east of the old Traffic Bridge we have the Stirling Bridge, named in honour of Captain James Stirling, the first British Governor and European land speculator in Western Australia. Fremantle has a few street names recording him and his family, including Stirling Street, James Street and Ellen Street – Ellen being his wife’s first name. From Stirling Bridge looking west you can see the old Traffic Bridge and sometimes the trains crossing the Bridge. The Port also stands out. 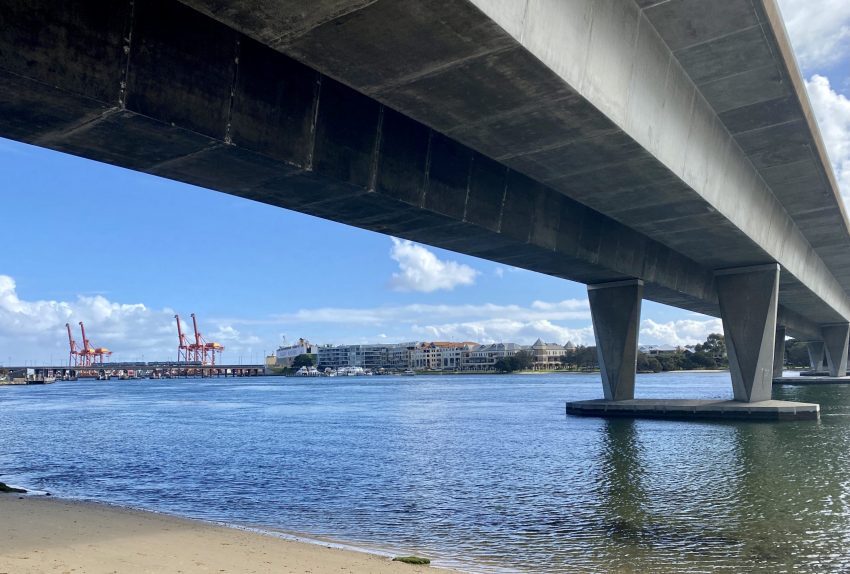 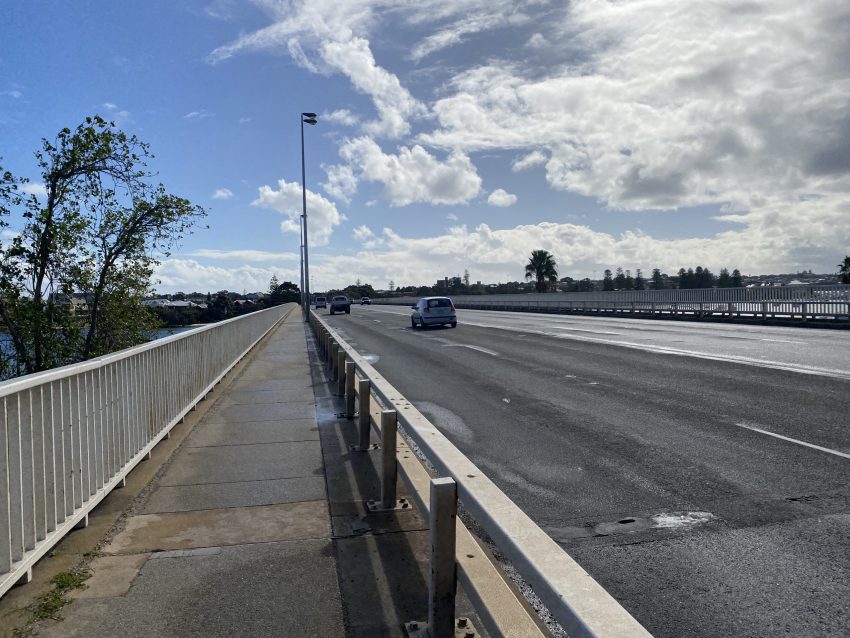 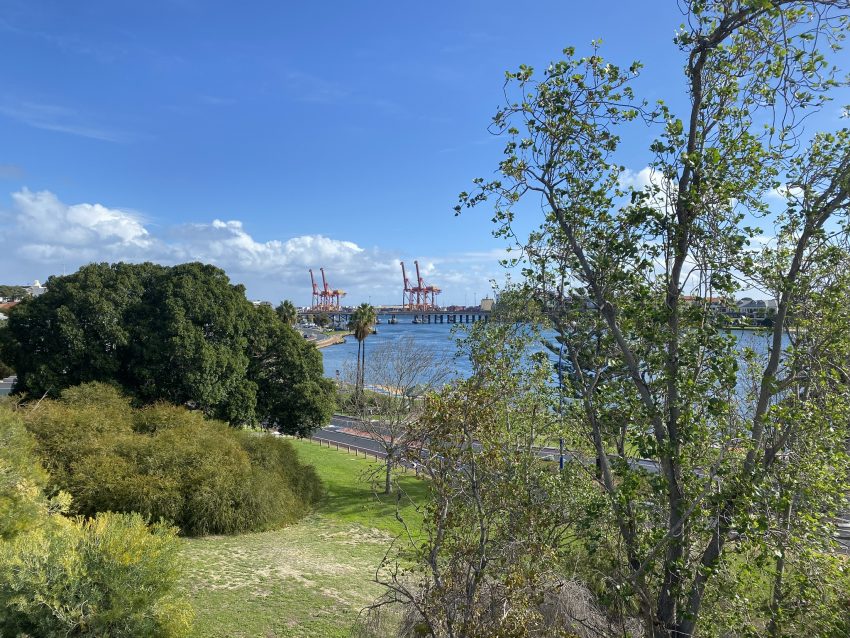 When you arrive in Fremantle by train on the Perth-Fremantle line, between the rail bridge crossing the river and Fremantle Station you glide under a pedestrian overpass of what might be termed uncertain elegance. It is designed to take foot traffic from the elegant – at least inside – 60s Fremantle Passenger Terminal (when cruise ships return to the Port later in 2022/early 2023), into central Fremantle. Not an entirely edifying sight this overpass, but interesting in its own way! You can always stop at Captain Munchies for a coffee and a snack. 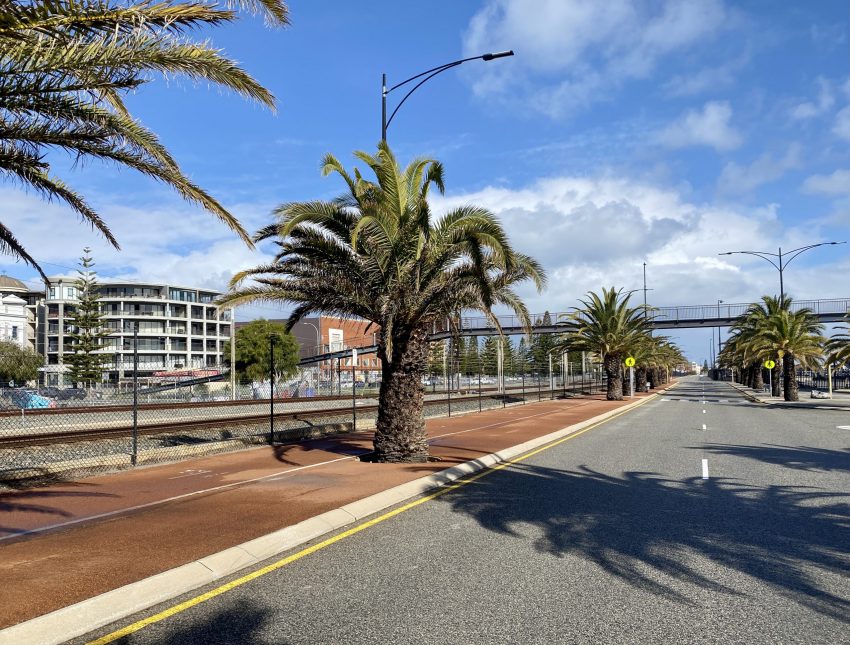 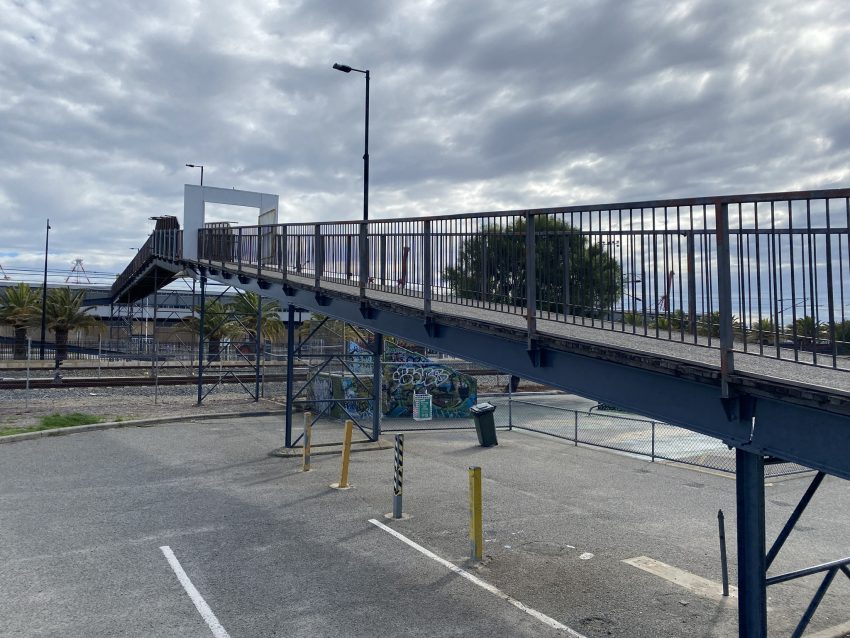 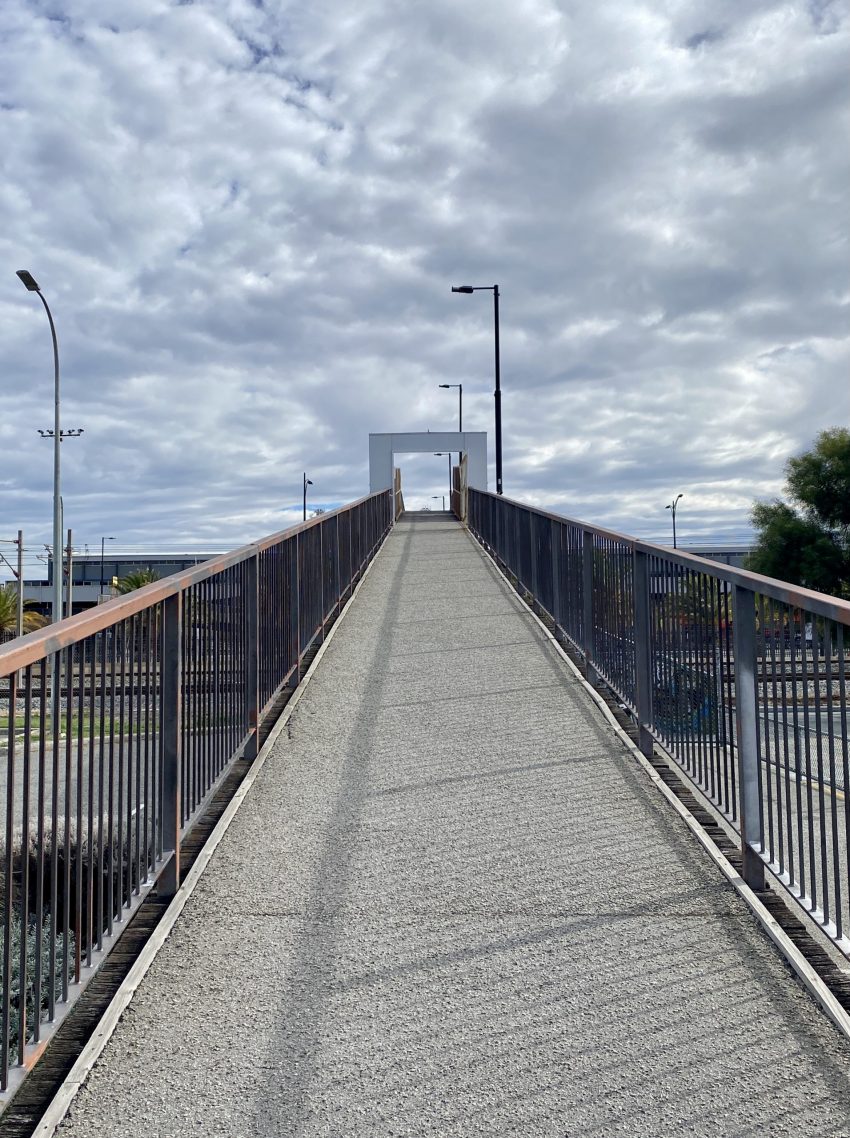 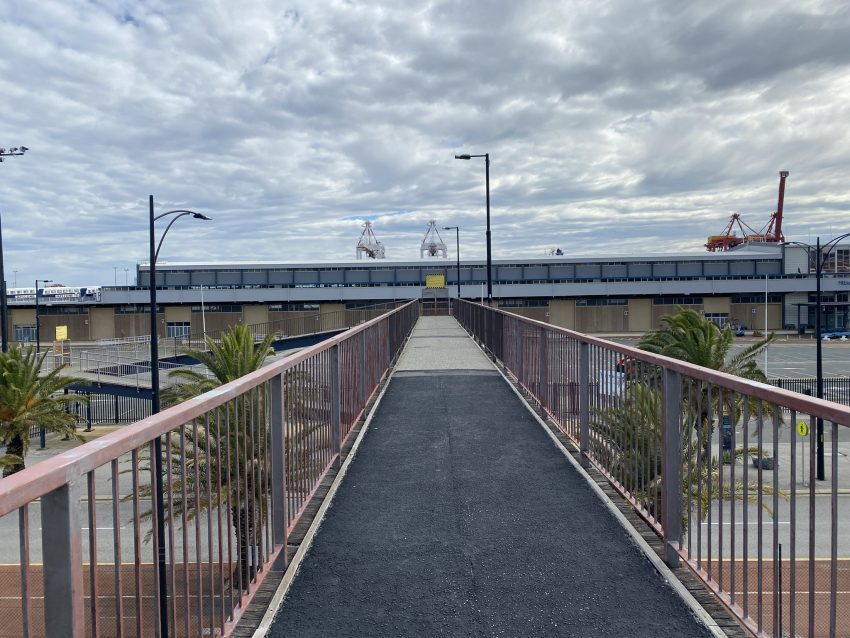 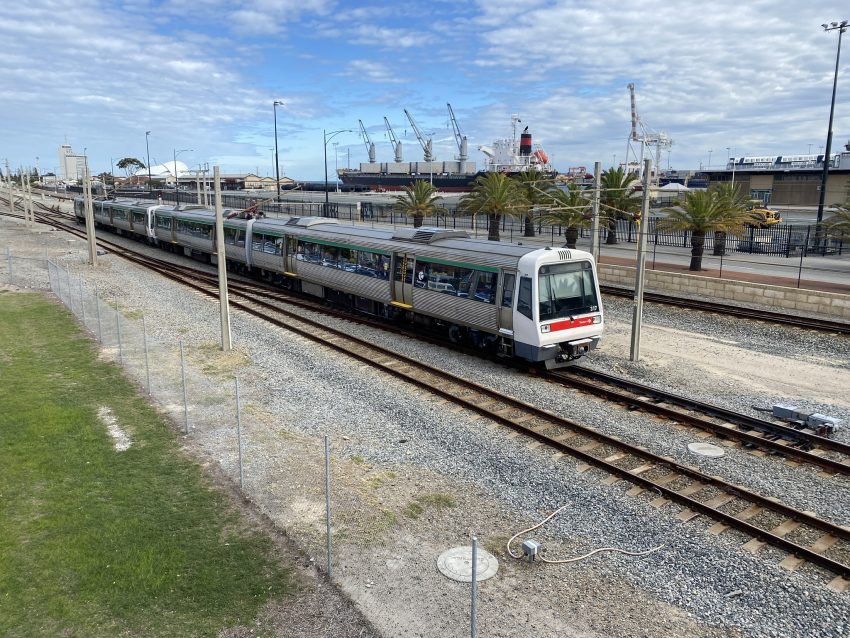 Just west of Fremantle Station – a lovely building hidden from gaze behind buses much of the time – is a pedestrian and cycle path which permits passengers and cyclists to find their way across the railway line to Victoria Quay and it’s delights. If you stand in the middle of the pathway you can look back to the pedestrian overpass. 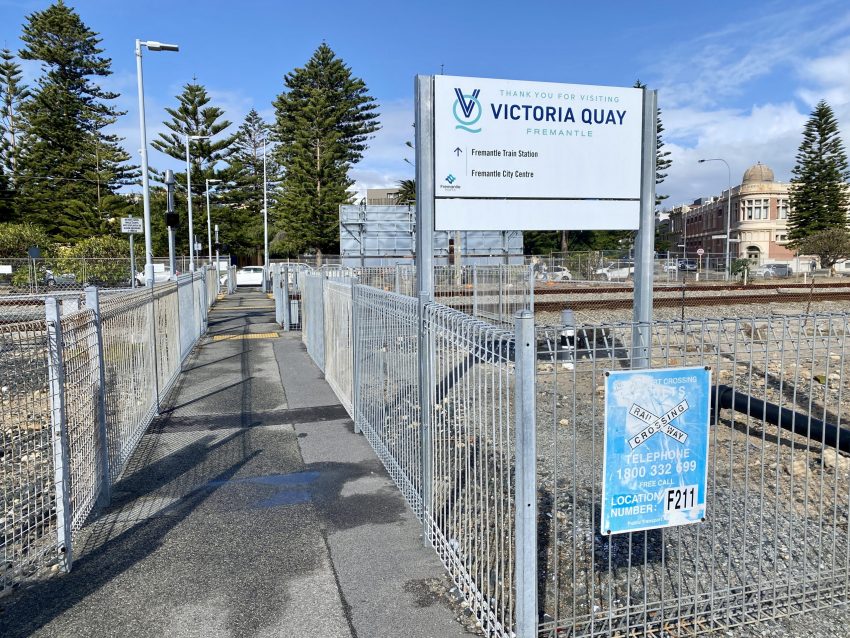 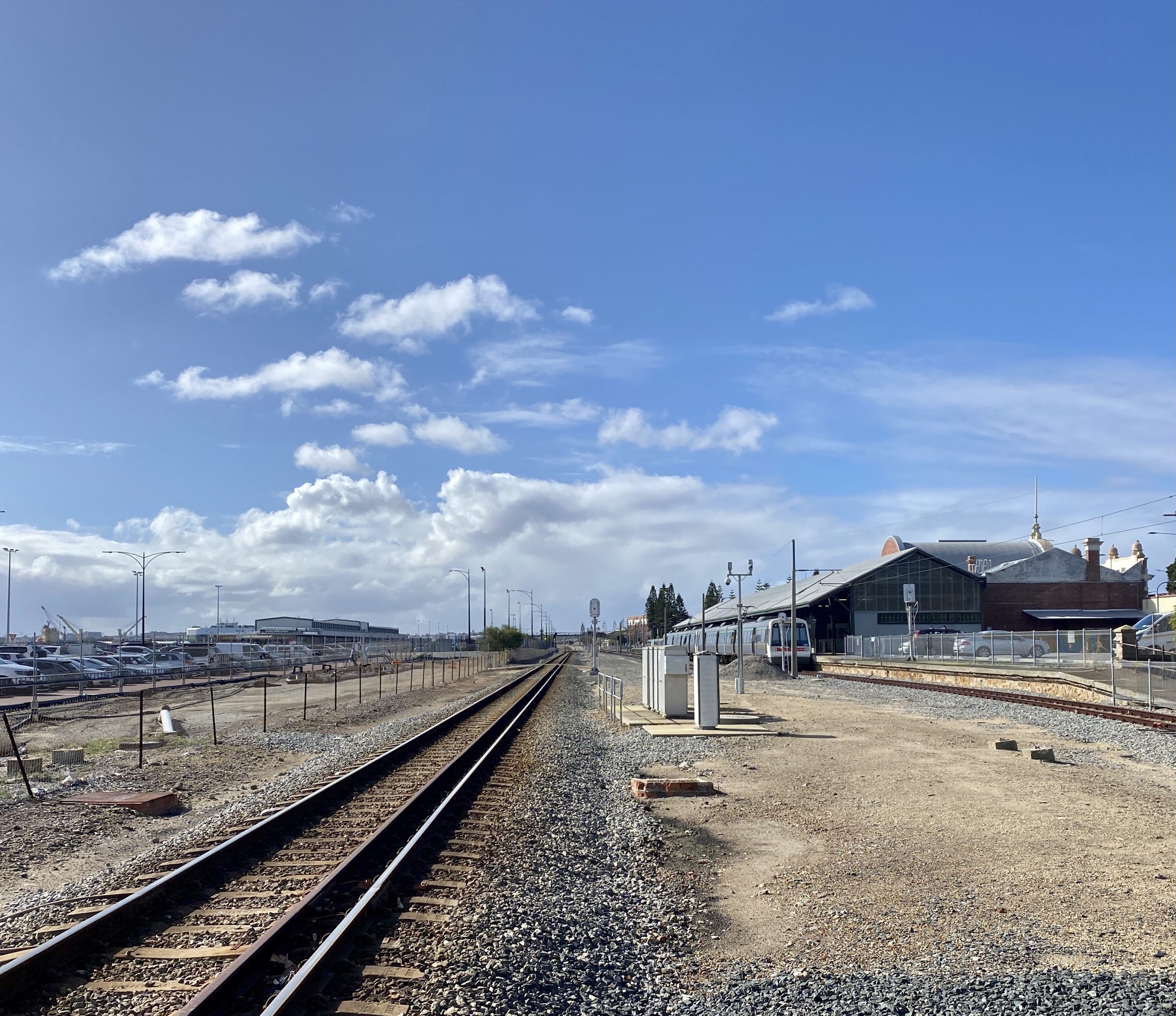 For those who are new to Freo, even for those who are old Freo folk, there’s great enjoyment to be had finding your way to and up and over and under and around these bridges and overpasses and pathways. You get to see Fremantle and the river from angles quite different from those spied from a road or a passing car, or even the train. And the Port is revealed in all its glory!