When a Hollywood producer dropped anchor in South Fremantle looking for the perfect setting for his next movie he called on Mark Naglazas to help scout locations.

It was the call from Hollywood I was not expecting. No — they weren’t looking for someone to double for George Clooney in one of his Nespresso commercials (those lattes can be very hot). On the end of the line was the assistant of a big-name American producer looking for locations for his upcoming Fremantle-set romantic-comedy. (I’m sworn to secrecy so let’s call him Marty.)

Marty needed a local to show him around the cafes of South Fremantle; it’s where the film’s lovers will meet, fall in love over a latte and return to time and again. As both a rom-com aficionado (even Richard Curtis but only before an insulin shot) and a coffee snob I was the right film buff for the job.

I met Marty at ground zero for the South Fremantle cafe scene, Roasting Warehouse. Marty had just stepped off a flight from Seville, where his company was shooting a medieval fantasy, and was as tanned and expensive-looking as the leather Balenciaga shoulder bag in which he was carrying the screenplay. (When I asked Marty for a peek he said okay but he would then have to rip out my heart and feed it to his French bulldog Hercule.) 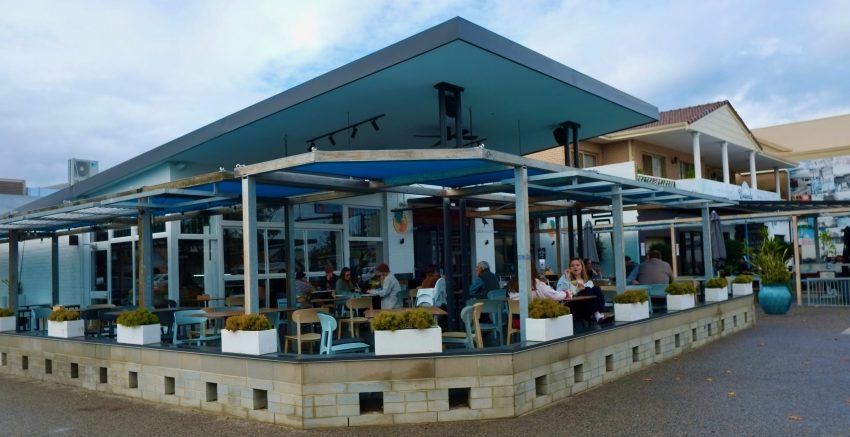 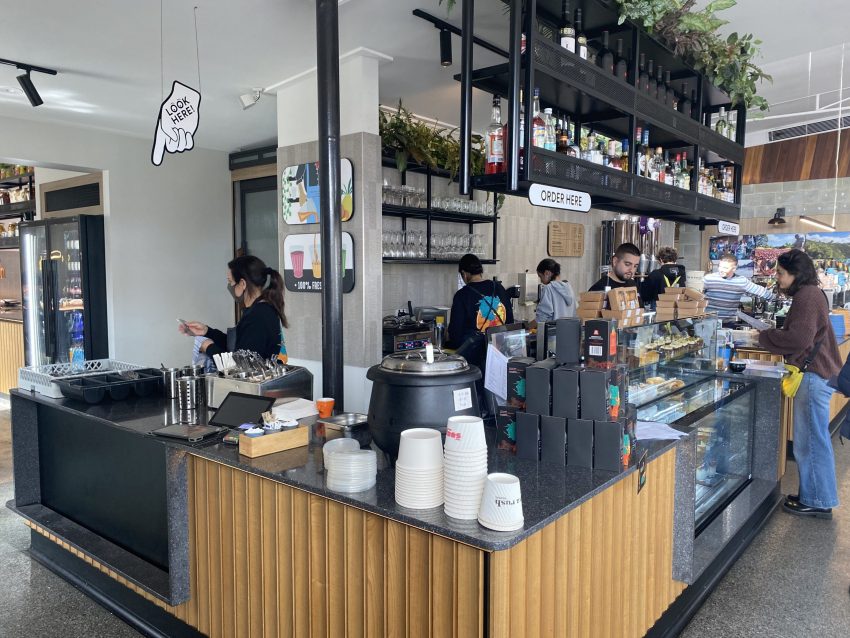 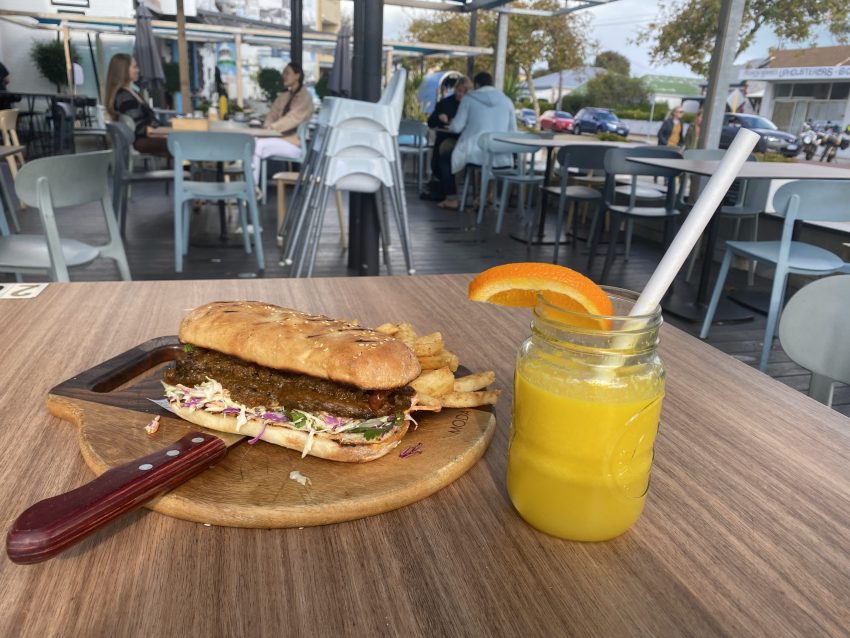 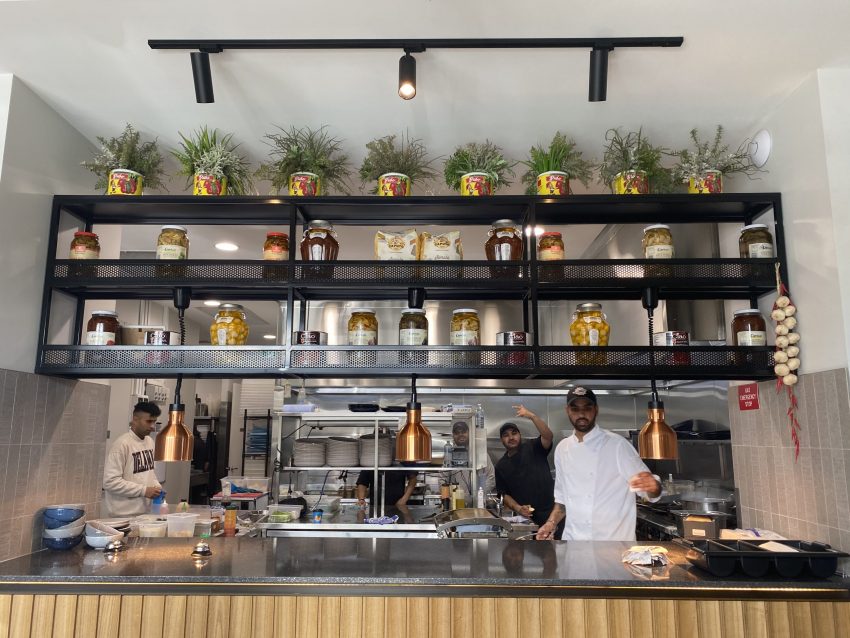 “I love this place!” declared Marty as we sat at one of the many outside tables that make Roasting Warehouse a South Freo breakfast mecca. “Perfect for a meet-cute scene. I can see Ryan and Emma bumping into each other here. Don’t write that down! Just plucking names out of the rapidly warming biosphere.” Marty was on a Hollywood committee combatting climate change and used every opportunity to mention the impending Armageddon.

We began with juices and shared a brisket. “The last time I split one of these was with Jimmy Caan. We both grew up in the Bronx, you know,” said Marty as he snapped pictures to send back to the team in Los Angeles. “This is great. But you know what really gets my juices flowing? The Australian government’s 40% tax rebate. You’re paying for my movie! Ka-ching!”

The skies opened up, so we dashed next door to South Freo Continental (“Rain! How romantic. I’m adding that to the script”). Marty looked around at the Italian-themed bric-a-brac on the walls of this traditional Freo family business. “This place has an authentic neighbourhood vibe,” he observed. “Regular folks. Don’t want to clog the frame with too many middle-class hippies and bohos.” 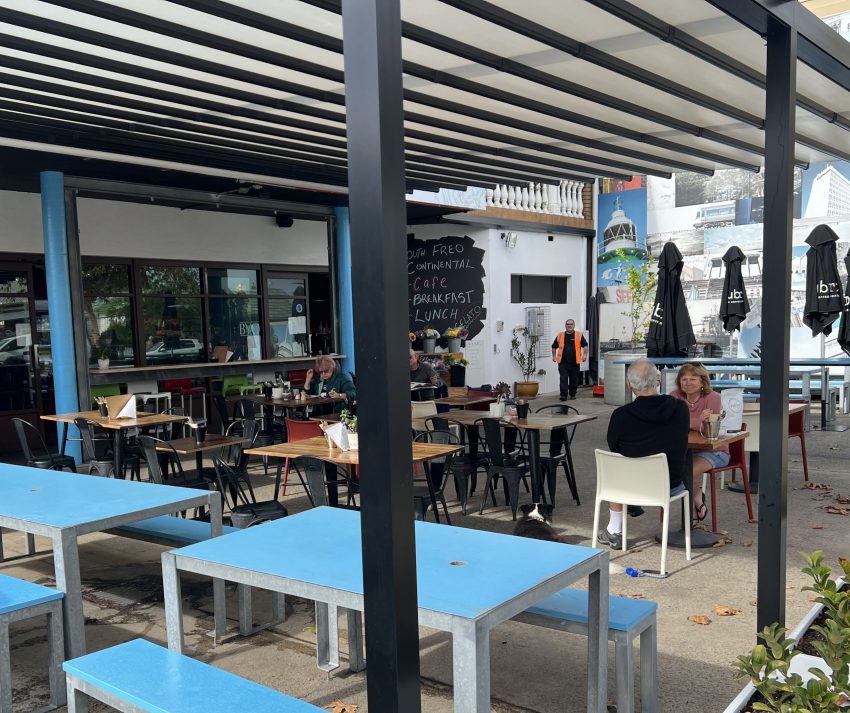 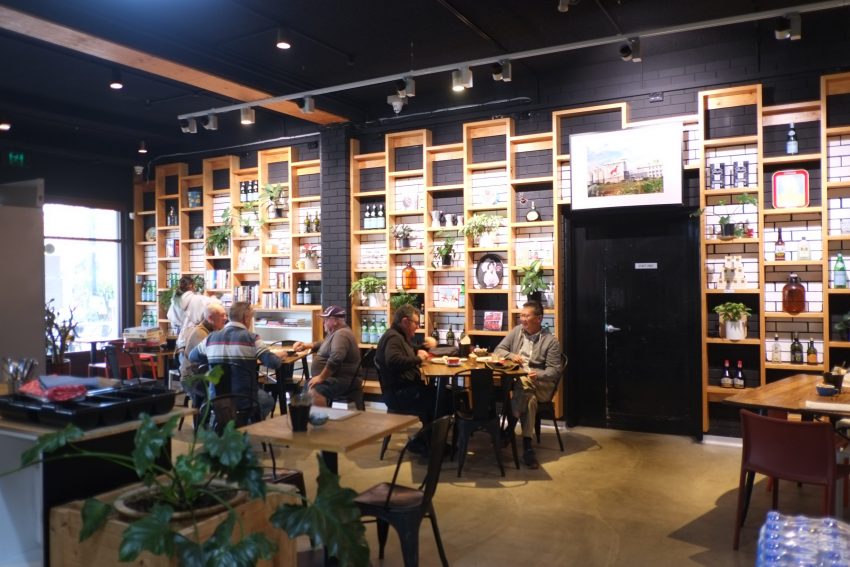 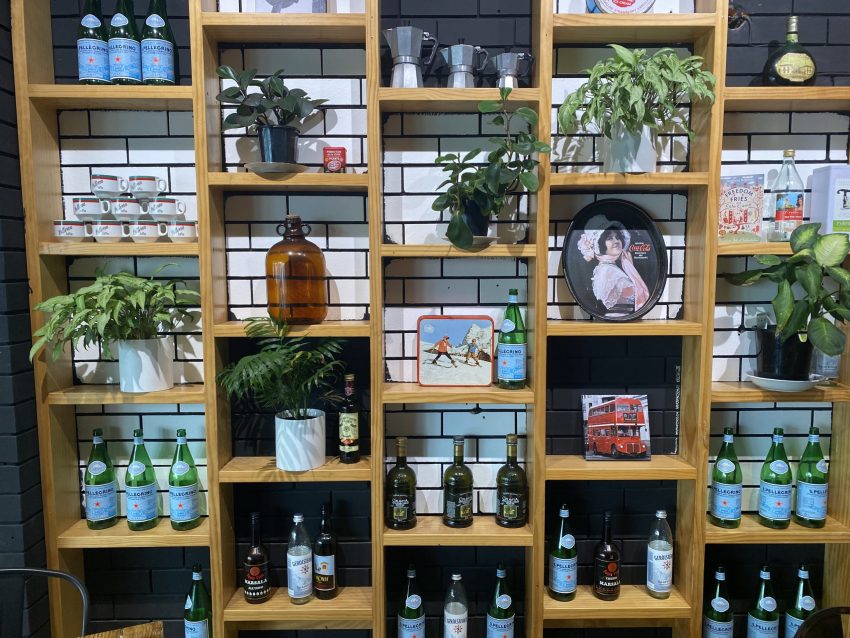 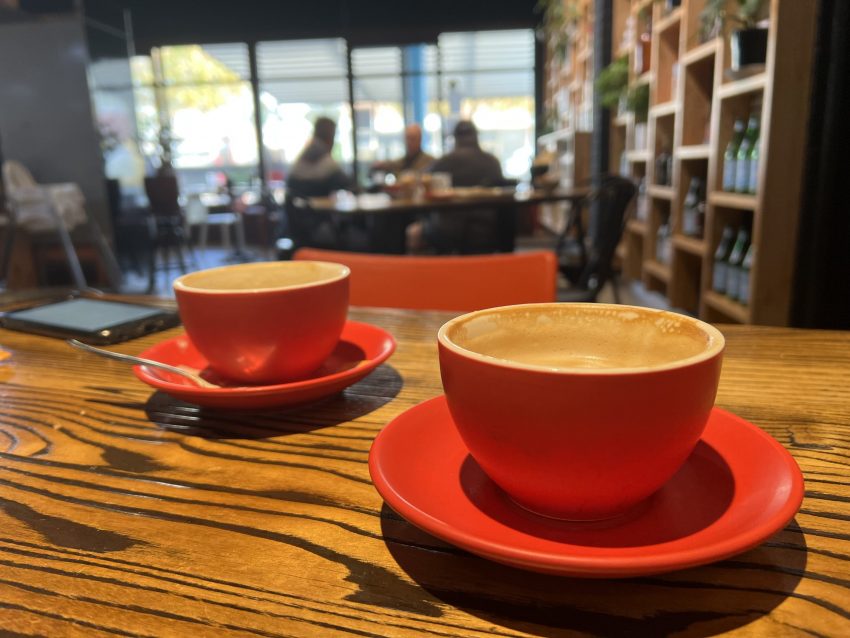 It was early but Marty couldn’t resist a gelato and encouraged me to have one. “Come on Mark. Live a little,” he said, shoving a cone into my hand. “I had a triple by-pass when I was fifty then married for third time. Keeps me young, if you know what I mean. That’s what my movie’s all about — sucking the marrow out of life. Or at least giving it a good lick,” he said as he polished off his gelato.

Marty wanted a full breakfast so strolled down South Terrace to Little Lefroys. He warmed to the place immediately. The staff were laidback but attentive, the furniture cleverly repurposed (“Street pick-up chic! Me like-eee!” exclaimed Marty) and the clientele a wide mix of ages, from millennials in love to groups of older folks boldly schmoozing without masks. 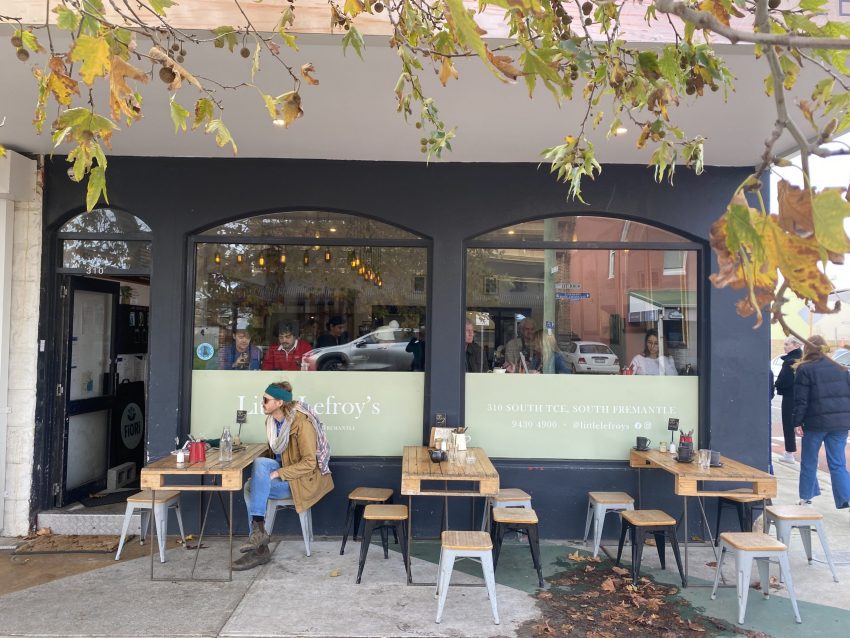 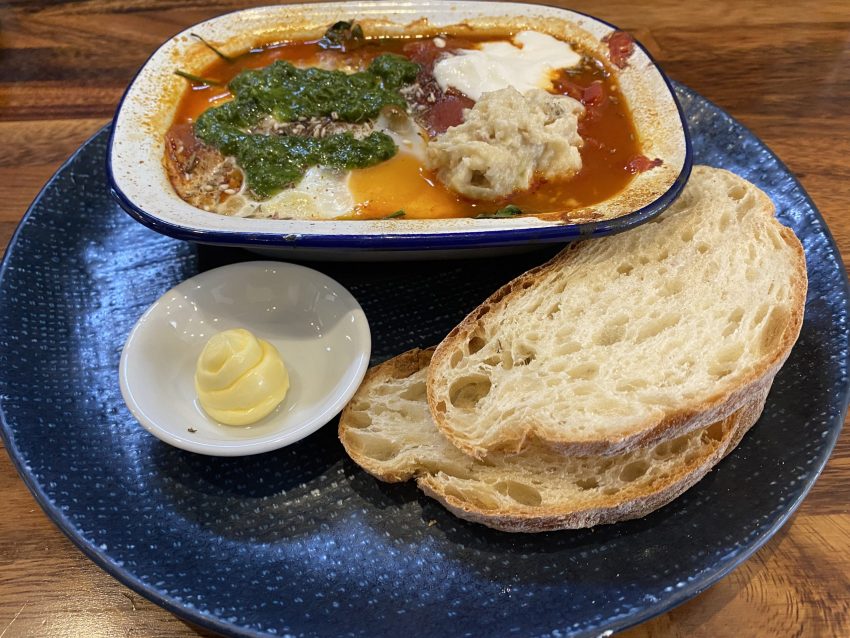 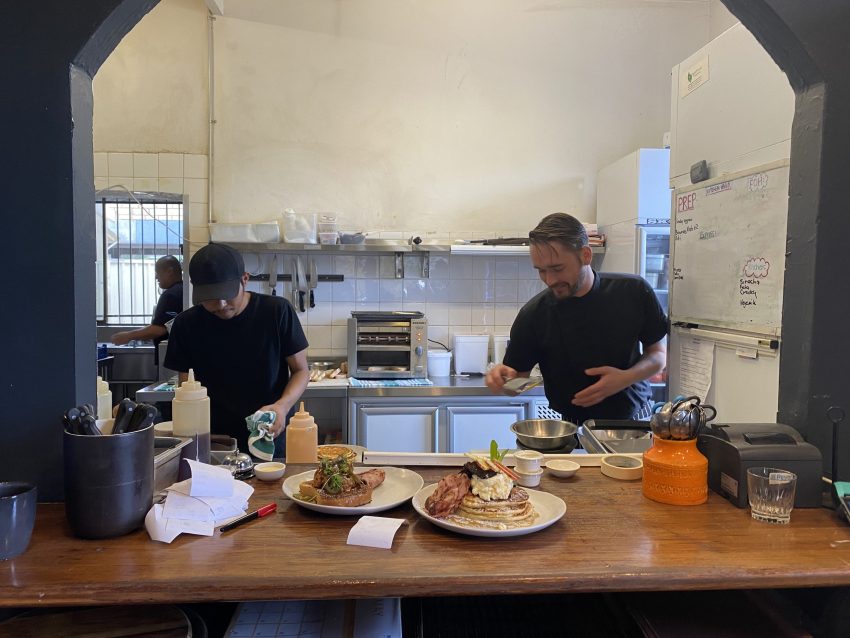 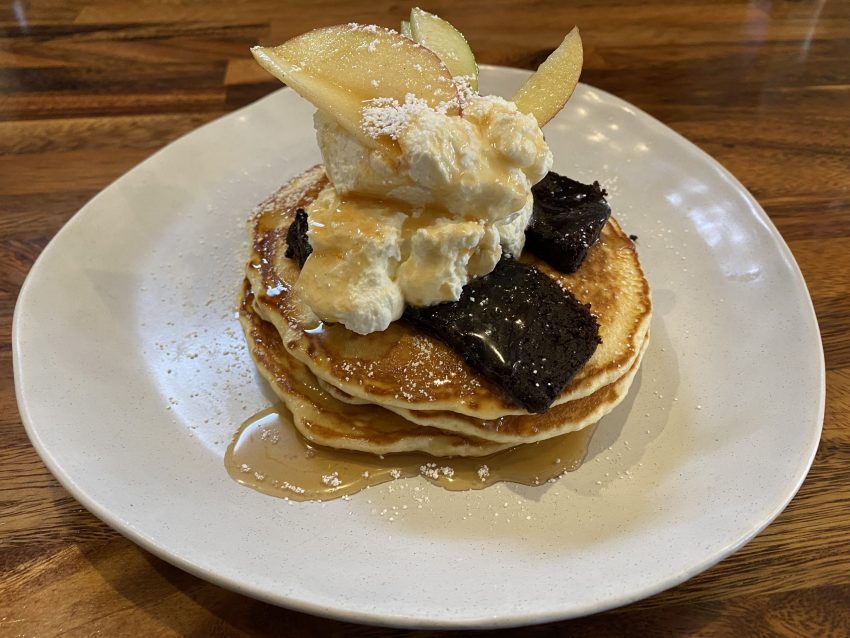 “We have a subplot involving a couple of frisky boomers,” said Marty as he tucked into his cream-and-syrup smothered pancakes. “There will be a scene in which the older woman orgasms over these wonderful flapjacks — think Emma Thompson and rolling eyeballs — and our Gen Z heroine snapping, ‘I’m not having what she’s having’.”

As I relished the deep smoky flavours of my choices — shakshuka eggs with chorizo, spinach, yoghurt and eggplant — Marty explained to me his idea of making a rom-com in Fremantle dates back to the 1980s when he spent time here and fell in love with a sannyasin named Avrati, a love affair which, recalls Marty, “blew my mind.”

After breakfast we crossed South Terrace to Patisserie La Vespa, taking an outdoor table for another coffee, a cake and some people watching. When the waitress delivered an Italian classic from La Vespa’s dazzling array of cakes and pastries, Marty quipped: “Leave the cannoli, take the gun.” She was understandably confused. 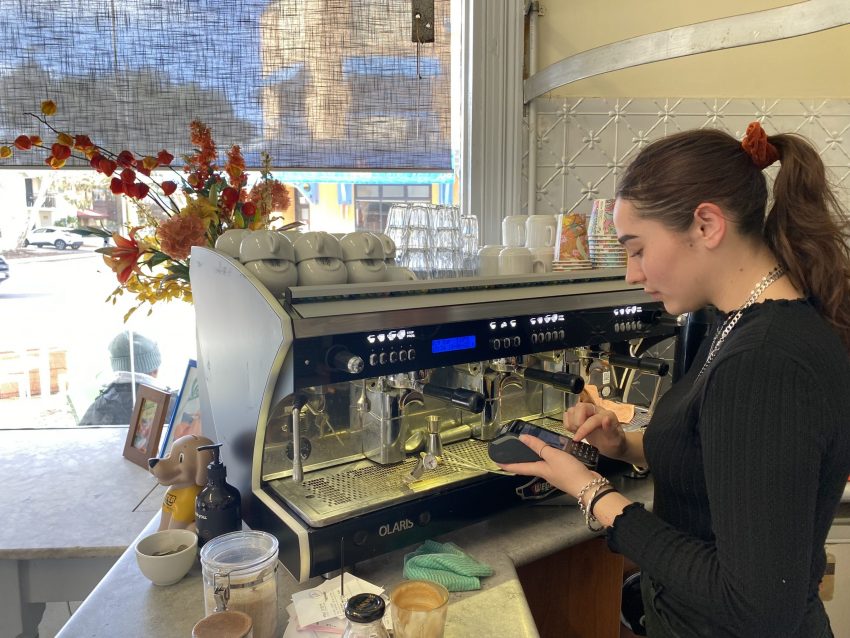 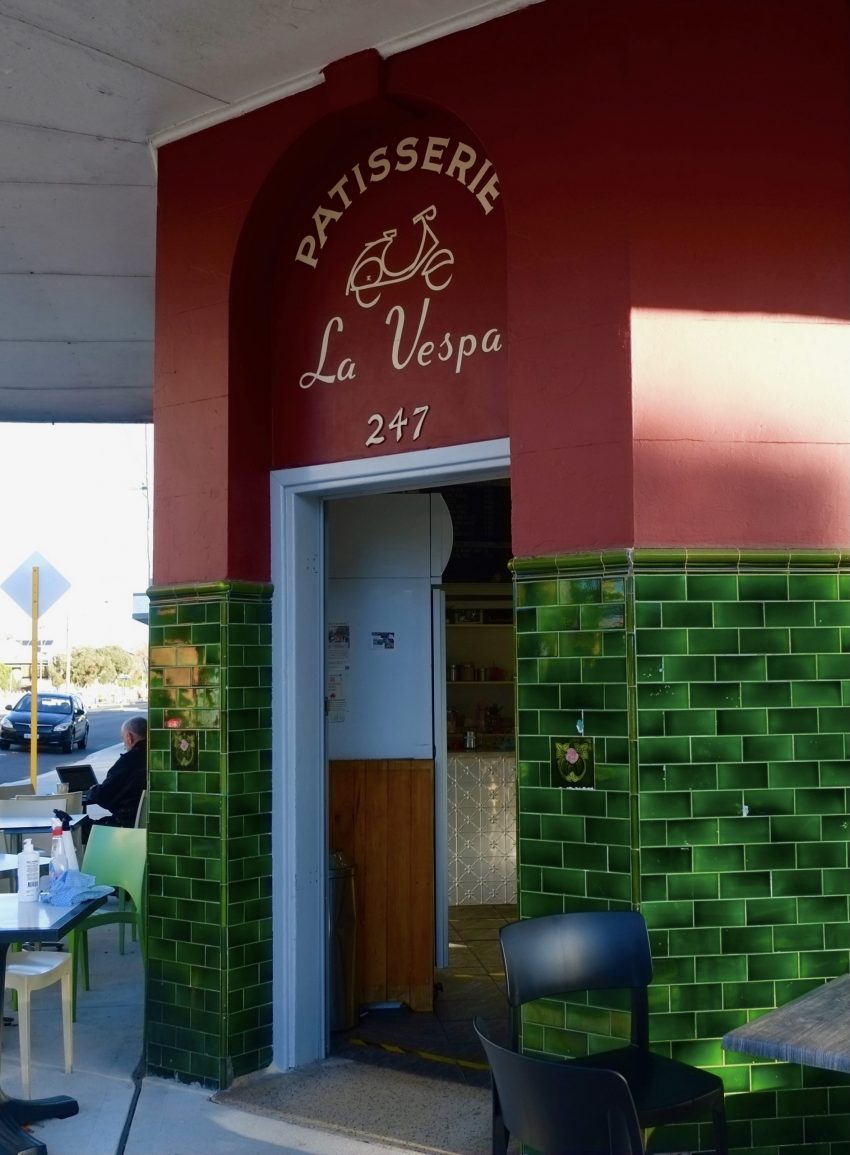 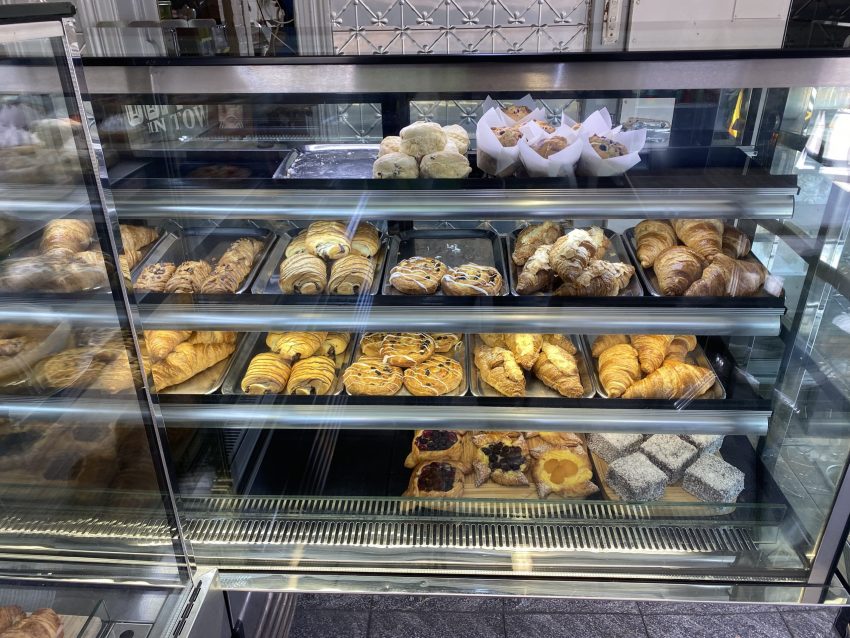 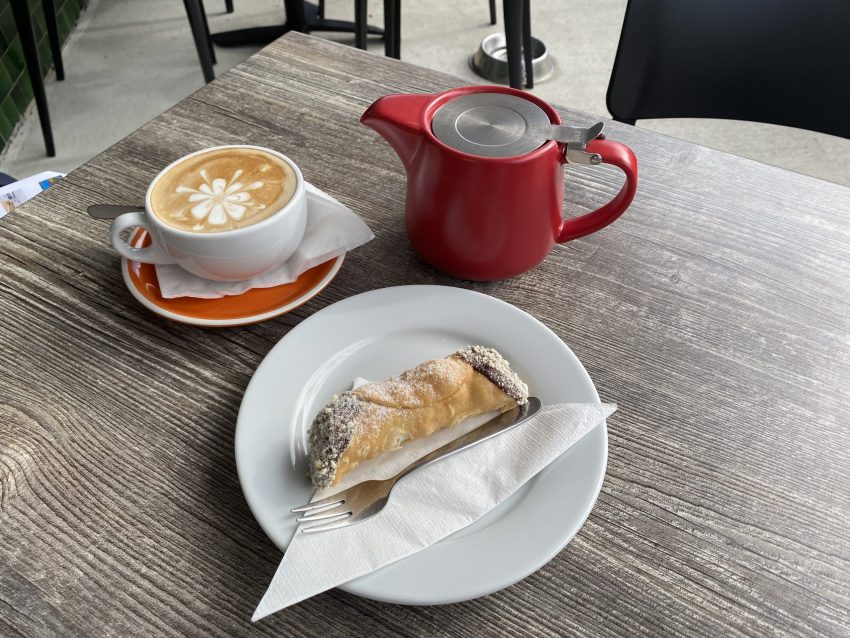 “The young ones have style, the senior citizens have character. Look at that old bloke. He’s lived a life. You can see it in his face. Can we get him for the film?” No problems, I said, slipping into movie-fixer mode. The “old bloke” turned out to be the editor of this very publication, Michael Barker. I later put the proposal to Michael. “Call my agent,” he said.

While Marty loved the cafes I showed him he said he needed a large soundstage for the climax, which will take place on a runway, like in Casablanca. “A few years ago I read you were building a state-of-the-art movie studio on the harbourfront. Sounded a little nuts to me, but let’s see it,” demanded Marty.

I took Marty on the scenic route while I worked up an excuse for why we still have no movie studio after spending two years and $5 million on feasibility studies. “We’ll be ready for Harry Potter and the Curse of the Enlarged Prostate,” I said, hoping to disarm him with a dad joke.

But Marty didn’t laugh. He’d fallen asleep and was drifting back on an orange wave to a time of sunshine and sensuality, free-thinking and free accommodation. “Avarti, Avarti” he muttered. “We will always have Fremantle.”

Roasting Warehouse
6am to 3pm every day.
12 South Terrace

South Freo Continental
318 South Terrace
6.30am to 3pm every day.

If you’d like to read more Mark Naglazas’s stories and reviews, look here!