How would Freo fare with an extra 0.77 metres of sea level?

The reason being that everyone is talking about what happens to sea levels if Antarctica’s ice cover keeps melting at its current rate, or even faster.

The latest IPCC Report in the Summary for Policy Makers looks at the implications for climate and adaptation around the planet if the temperature rise can be kept down to 1.5 degree Celsius rise compared with a feared 2 degree rise.

In relation to sea level rise it says this –

B.2. By 2100, global mean sea level rise is projected to be around 0.1 metre lower with global warming of 1.5°C compared to 2°C (medium confidence). Sea level will continue to rise well beyond 2100 (high confidence), and the magnitude and rate of this rise depend on future emission pathways. A slower rate of sea level rise enables greater opportunities for adaptation in the human and ecological systems of small islands, low-lying coastal areas and deltas (medium confidence). {3.3, 3.4, 3.6}

B.2.2. Sea level rise will continue beyond 2100 even if global warming is limited to 1.5°C in the 21st century (high confidence). Marine ice sheet instability in Antarctica and/or irreversible loss of the Greenland ice sheet could result in multi-metre rise in sea level over hundreds to thousands of years. These instabilities could be triggered at around 1.5°C to 2°C of global warming (medium confidence). (Figure SPM.2) {3.3.9, 3.4.5, 3.5.2, 3.6.3, Box 3.3}

On that basis, by 2100, a sea level rise of 0.77 metres where the Indian Ocean meets Fremantle, compared to what the sea level was a few years ago in 2005, is not impossible.

Which causes one to ask, What would that look like in our low lying Freo areas, like the West End of Fremantle, and how might it affect infrastructure in the Freo harbours, as well as public beaches and nearby apartment developments?

Now, we don’t intend to cause a stampede with folk abandoning their coastal abodes or worrying madly about tsunami-sized waves suddenly crashing on the shore at Port, Leighton, Bathers and South Beaches, but an examination of this map, produced by the Commonwealth Government back in 2010, may help to exercise the mind. You’ll see it depicts areas likely to be affected in a scenario of a sea level rise of 1.1 metres by 2100. The West End would be decidedly damp. 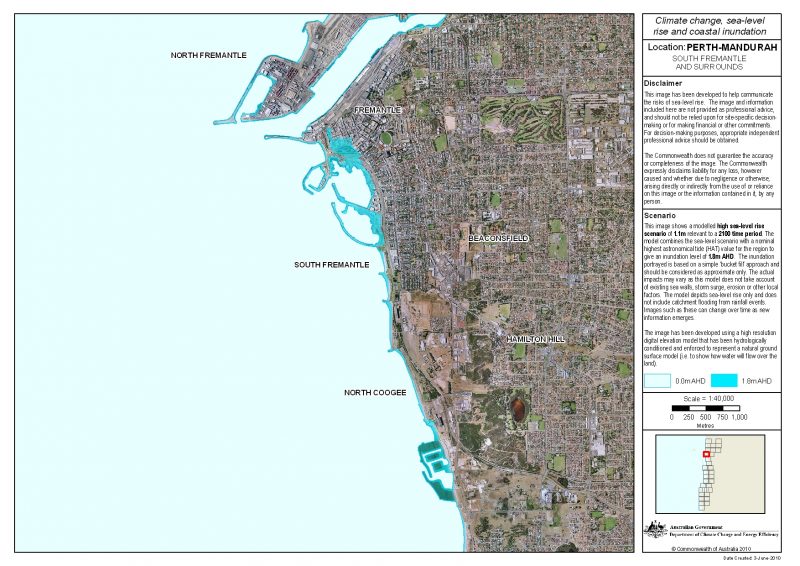 And to try to help you work through such a scenario we have a couple of fun photographs for you to consider as well!

Just 100 years ago, in 1922, Fremantle suffered Lismore-like flooding. The famous Abraham ‘Izzy’ Orloff – Freo’s first great street photographer who, coincidentally, arrived in Fremantle from Ukraine – took his camera out onto the intersection of High Street and Cliff Street to record these magnificent images of the event (courtesy State Library). 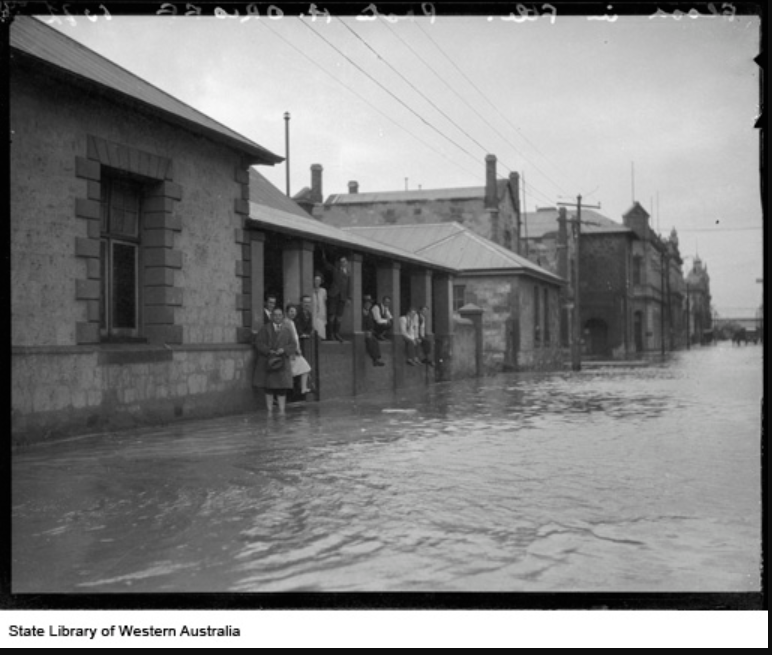 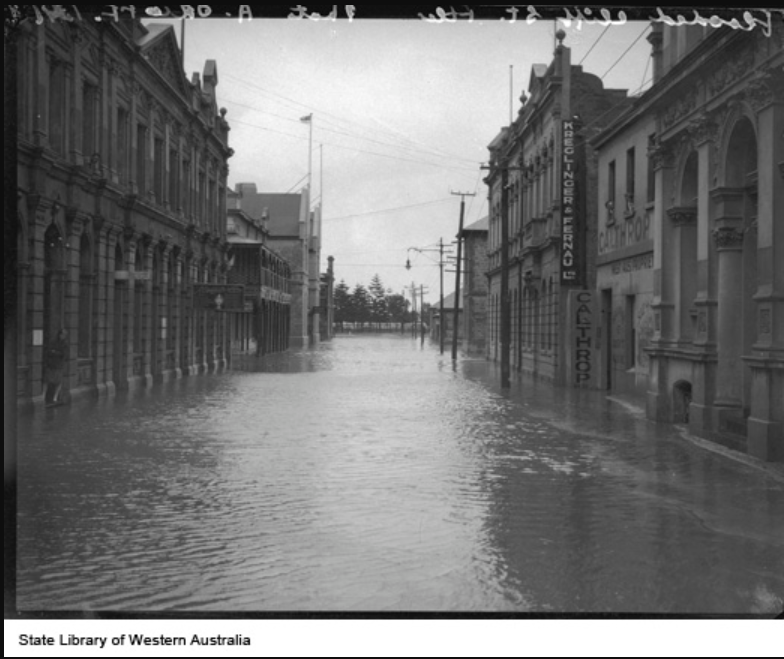 And as a reminder of how low-lying Freo is and where the high water mark was before land was reclaimed to form the Esplanade and the land that is now adjacent to Marine Terrace and the railway line that runs through the West End, have a look at this early snap (again courtesy of State Library). 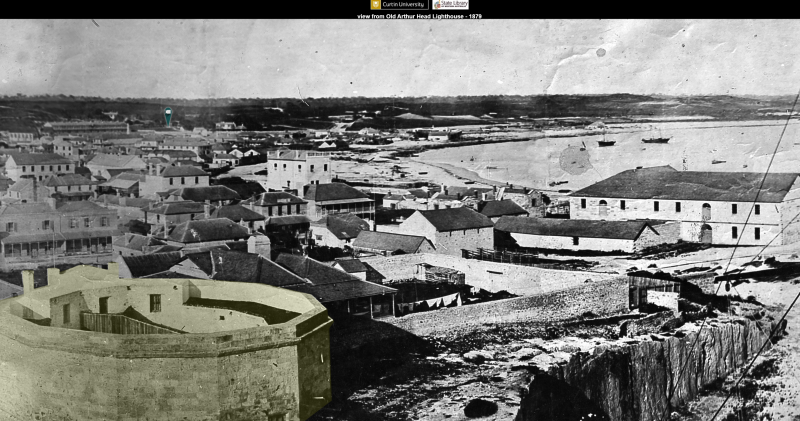 The big question is, Just what adaptation measure do governments, including the City of Freo and other coastal municipalities like Cockburn and Cottesloe, not to forget the State and a Federal Governments, have in mind in responding to what appears, slowly but surely, to be coming our way?

Is it thought a sea wall will save the West End and beyond?

Will we ensure coastal development proposals are fully assessed for their fitness in a rising sea level zone?

Is it feasible to keep replenishing beach sand, a current adaptation method designed to maintain usable beaches, as the decades go by?

We are sure these are but a few of the many questions that need asking.

We don’t know the answers, but look forward to hearing them.