In our Freo Today feature today, we featured a vessel unknown to us and unknown to our follower Jack Lawrence, who took this snap of her and asked us who she was and what she was up to. As far as Jack could tell she was going up and down the water trawling for something. 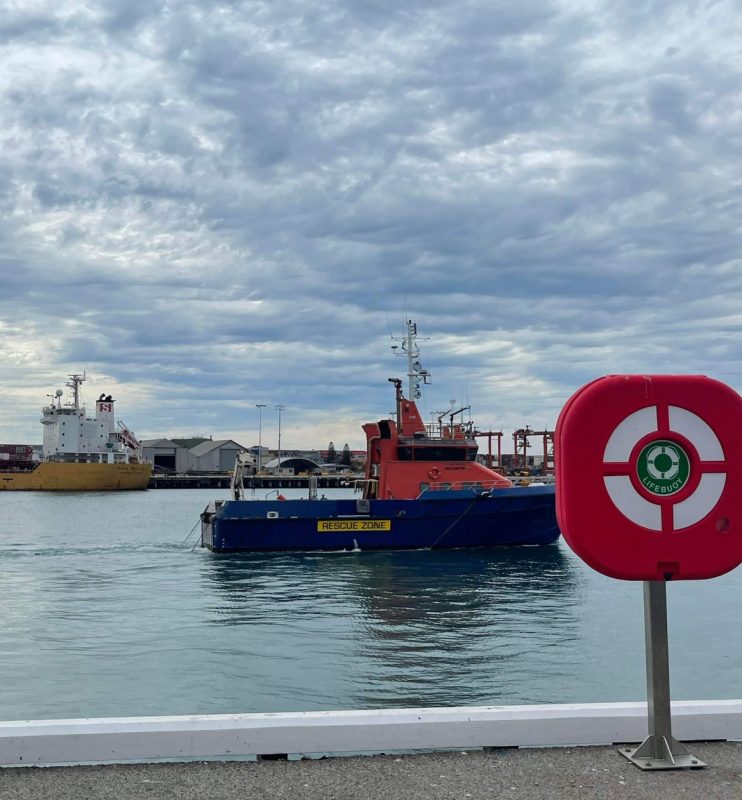 Well, head flak at Fremantle Ports, Neil Stanbury, so knowledgeable about so many things marine and nautical, and floating, has come to the rescue, if you’ll excuse the pun.

We are told she is ‘bar-sweeping’. Essentially, Response’s crew are flattening out any raised sections in the harbour-bottom. The bottom of the harbour can become raised in places, as a result of tug wash when berthing or letting go large ships.

The crew use sonar to identify the spots, then use the sweep bar to rake that specific area. It’s done periodically in the harbour, particularly in fine weather and when there aren’t ships against the four North Quay container berths. The Response services both the Inner and Outer Harbour and is also Fremantle Ports’ principal fire-fighting platform.

The ‘Rescue Zone’ marking on her side indicates that part of the vessel where rescues are effected, if necessary.

There you go, you learn something new every day!

Oh, and if you’re wondering where the Response is just now, here she is tied up in Victoria Quay near the railway bridge. 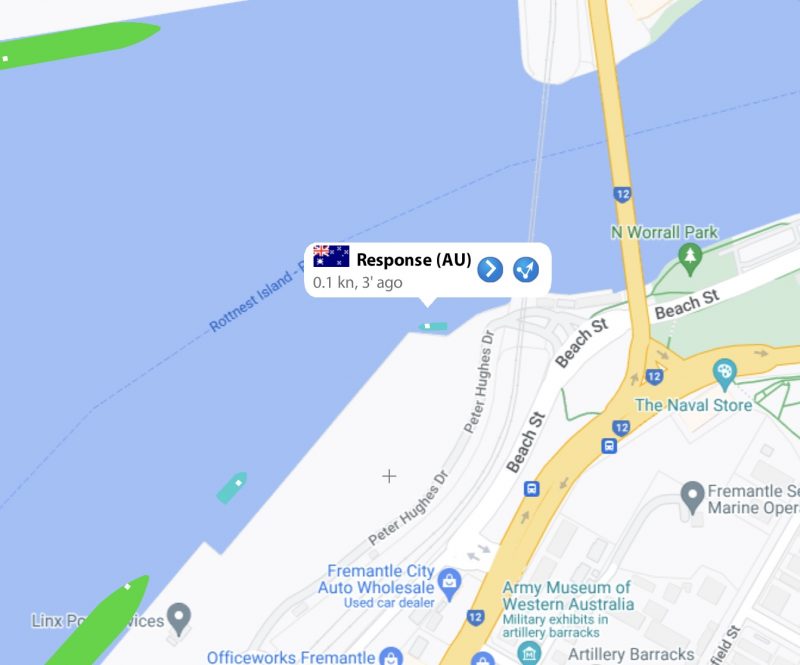