Former Fremantle Mayor, noted Criminal Law Barrister, and author, Richard Utting, has written this opinion piece on the occasion of the District Court of Western Australia turning 50. No doubt it will ruffle the feathers of a few legal eagles, but for many more it will strike a chord. In it Richard recalls his early days appearing in the District Court, reminisces about some of the old style judges, and comments on the high rates of incarceration in WA. Richard calls on the current State Attorney, John Quigley, to set up a high powered group to look into reducing incarceration rates in WA, and to introduce a Judicial Commission to help oversee judicial conduct in Western Australia.

When I was admitted to the practice of law in Western Australia in 1975, the District Court was a mere 5 years of age. Prior to its creation, criminal and civil law was, respectively, the province of the Court of Petty Sessions/Local Court and the Supreme Court. 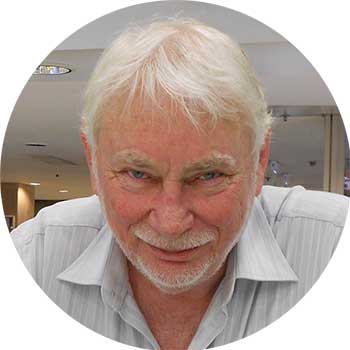 The District Court became the much-needed middle tier. It was based in the Supreme Court for criminal cases and had four Judges. It now has its own building and thirty judges. 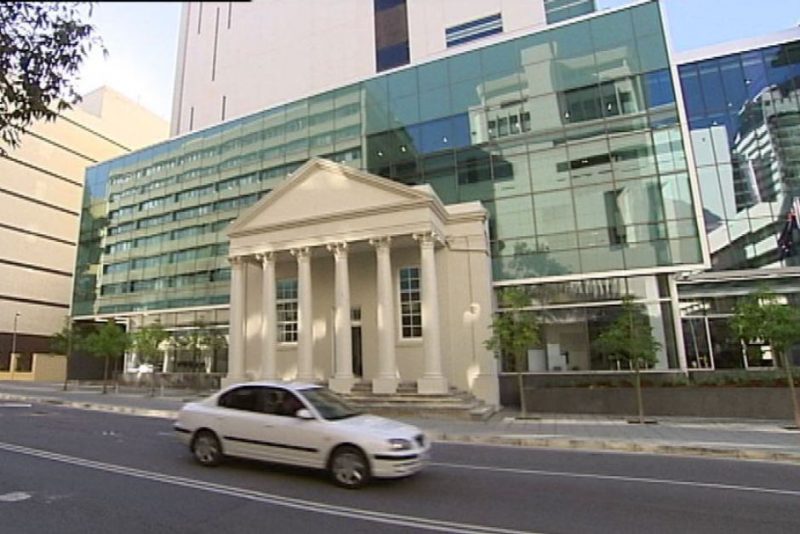 Had it not been for generous judicial pensions, it may have been difficult to recruit Judges to the new court. However, the pension made it very attractive for lawyers, especially those approaching sixty years of age. Do ten years as a Judge and get the pension.

As a result, the early Judges were white men in their late 50’s. Associates and ushers were the same. Associates were typically ex-service officers, ushers, ex-NCOs. The court was very WASPish.

One of the main problems in criminal law trials then were the admissibility of police interrogations.

Verbal police interviews were not recorded, apart for notes in pencil made on unnumbered sheets of foolscap, and unsigned by the accused. Where the content of these verbal interviews was significant, a voir dire or mini hearing was held as to whether the admissions were voluntary or, whether they should otherwise be excluded.

Good luck trying to persuade a conservative white judge that your indigenous client was beaten up by the police or that the coppers were lying to get a drug dealer convicted.

However, the same evidence as to involuntariness could be placed before the jury. ‘Verbals’, as these types of unsigned ‘confessions’ were called, became so notorious within the community that juries would not convict based on one.

The High Court eventually ruled that when a prosecution case relied on a ‘verbal’ the jury had to be given a warning about the dangers of convicting on such evidence. This led to the videoing of confessional material which, in turn, halved the length of trials.

Some Judges in those days thought that juries needed firm guidance, not just on the law but also on the facts. Judge O’Dea DCJ, on one occasion when a jury returned a not guilty verdict, threw his pen down and exclaimed: ” You didn’t listen to a word I said.”

A friend of mine tackled a District Court Judge at a social gathering as to why he didn’t uphold his ‘no case’ submission. “Ah, I suppose I should have” was the reply. “But I thought I could walk him through the jury.”

In those days of yore, I had another trial before Judge Ackland DCJ. Chris Zelestis, now a senior QC, was prosecuting. It was in Court 7 Supreme Court, thus it was before 1982 when the District Court had moved into the Central Law Courts in Hay Street. His Honour was very even handed. He treated everyone, counsel, accused, and jury with contempt. The trial lasted three days. My client, a vegetarian, was remanded in custody during trial.

It was unusual for an accused to be granted bail once a trial started, the integrity of the trial process was thought to be too important. They would be carted off to the East Perth lockup for the evening.

The lockup could be quite lively. Gambling was then illegal except for a few establishments ‘tolerated’ by the police. Every now and then the police would decide to raid a ‘tolerated’ casino to prove it was not, in fact, tolerated. Appropriate warning was given before the police descended – that meant that the regulars would clear off.

Thus, the raid would net a few dozen Japanese seafarers, who were then carted off to the East Perth lockup, no doubt marvelling at this display of Western Australian hospitality. The casino boss would eventually arrive to bail them out.

The East Perth experience was thought, by defence counsel, not to be the ideal preparation, if the accused intended to give evidence.

Judge Ackland set the benchmark against which all bad Judges are measured. Trials before him were a nightmare. The only saving grace, as defence counsel, was that juries hated him too,

At that time judges and courts generally seemed not to have kindly reputations. The Victorian County Court was described then as “dispensing justice tempered with sadism”. Of English judges it was said: “…the main reason for the current stagnation in criminal justice policy and practice is the conservatism of British judges who block any attempts at change. Judges are described as an upper class, elderly, and out of touch group…”

The comment came from Joe Berinson, of whom I will say more below.

Comments of this nature applied equally to our District Court in its first decade. 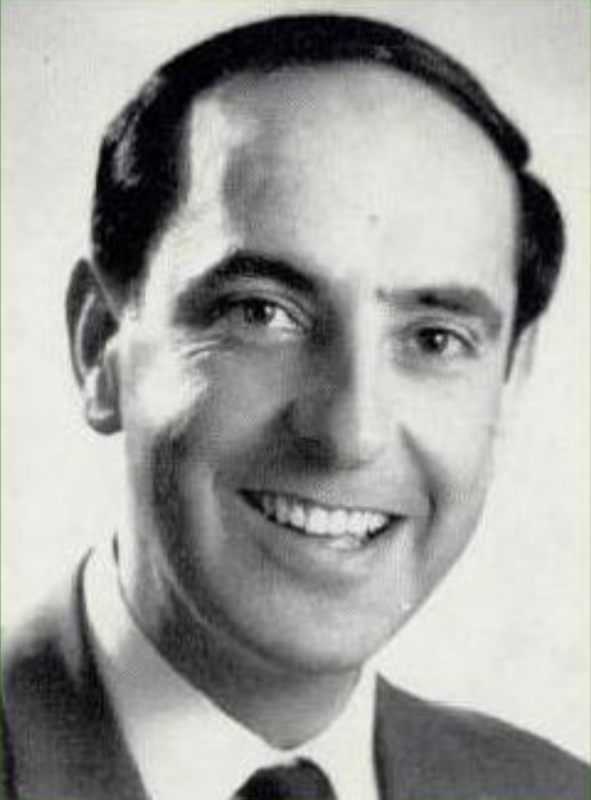 Joe Berinson in his younger years

On 29 May 1991, the then Attorney-General and Minister for Corrective Services in the then Labor Government, Joe Berinson MLC, made a statement to the Legislative Council:

How amazing that a government could be elected with such a reduction policy. Even more amazing, it was supported by the Liberal Party opposition. It may have been the last time that there was a sensible debate on crime and punishment in WA’s parliament.

The group visited Austria, Finland, Germany and England. The subsequent report (Paper 930) was tabled by Mr Berinson in the Legislative Council on December 3, 1991.

I should point out to the present State Attorney General, John Quigley, that the Berinson report is still there – you should have a read! 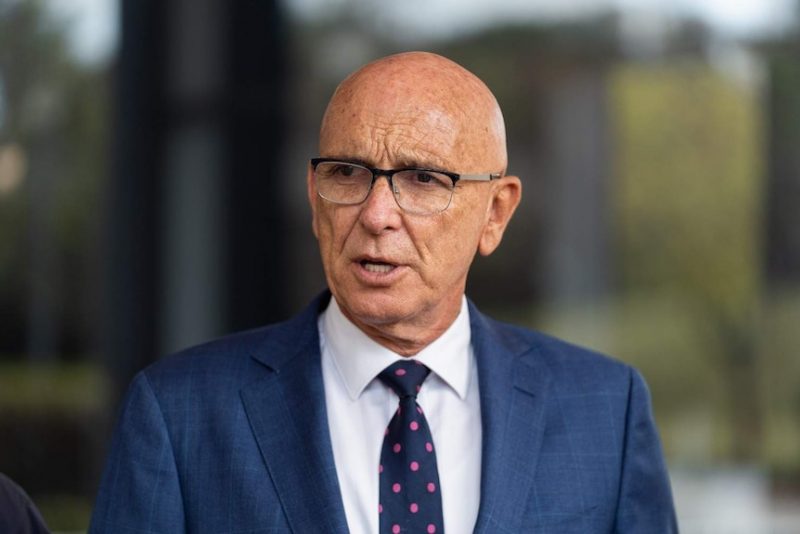 As a State, we have, and historically have had, the highest rate of imprisonment of any State in Australia.

Imprisonment in WA has now reached the stage where it is increasing the crime rate. At $100,000 per inmate per year, it’s a very expensive failure.

And we are all to blame for this: Lawyers who don’t fight hard enough; the DPP which invariably submits that immediate imprisonment is the only option; Judges who, to be safe, sentence at the higher end of the scale; the Court of Appeal which lacks courage.

But most to blame are our elected politicians. Too often elections turn into an obscene bidding war as to which side can imprison the most people.

Joe Berinson was a reforming Attorney-General. The last execution for murder in WA was in 1964, yet the death sentence remained after that. It was invariably commuted to life imprisonment. However, it was feared, for political purposes, it might be used again. It was abolished in 1984, when Mr Berinson was the Attorney.

Traditionally, when the Chief Justice of the Supreme Court retired, the next senior judge would get the guernsey. Berinson saw the need to modernise the court. David Malcolm QC was the leader of the independent bar and a hugely successful barrister. In 1988, was persuaded to become Chief Justice.

The conservative composition of the District Court changed rapidly too with judicial appointments made by the Burke Labor government. Judges Clarke, Kennedy, Healy, H Jackson and Keall DCJs were appointed between April 1984 and May 1986. Younger more progressive judges.

Toni Kennedy was the first female judge in the State. It is perhaps unfair to other judges to mark this as the turning point for a more civilised court, but she did make a dramatic difference.

I was once before her on circuit in Esperance. She bounced into court with a big smile and said a “Good morning everyone” to the lawyers, staff and jury panel.

The accused was addressed by his/her title rather than just their surname. Overnight bail during trials became common. A trial with her Honour presiding was fair, courteous and pleasant.

Len Roberts-Smith once told me, before he became a Supreme Court judge –
“Every case you do, kills you a little”.

That’s one reason why depression is a major problem amongst lawyers. At least a trial in front of a civilised judge mitigates the damage.

The quality of District Court judges these days is a lot better than when I was first admitted. However, judicial bullying has not been eradicated.

We need a judicial commission, along the lines of the one in NSW. That commission can receive complaints from the public, lawyers and judges into the behaviour of other judges and magistrates.

It can investigate complaints and, if necessary, suggest to the Attorney General that a motion should be moved in both houses of parliament to dismiss the judicial officer.

As I say, Joe Berinson was our last reforming Attorney-General. Alas, his government sank under the weight of WA Inc and progress was halted.

Winston Churchill, when he was Home Secretary, in a 1910 speech to the House of Commons, said, in part:

“The mood and temper of the public in regard to the treatment of crime and criminals, is one of the most unfailing tests of the civilisation of any country.”

At the time of writing this piece, the results of the March State election are unknown. It appears likely that the ALP government will be returned with an increased majority. That should guarantee it another eight years in power.

Now is the time. This government has the chance to make a real difference to the way we deal with crime and punishment.

Appoint a high-powered committee, like Joe Berinson did, to investigate the effectiveness of prison and associated topics.

Give it the powers of a Royal Commission.

Make sure it is properly funded.

Get the support of other political parties and the public.

The government will have time to undertake this exercise with thoroughness and tranquillity.

* This article is a slightly edited version of an article that was first published in the April 2021 edition of Brief, the magazine of the Law Society of WA.

** F you’d like to know more about the life and times of Richard Utting click here to listen to our popular Fremantle People podcast with Richard.