We sense there is near universal agreement that the electoral system used for electing members to the State’s upper house, the Legislative Council, needs reform. 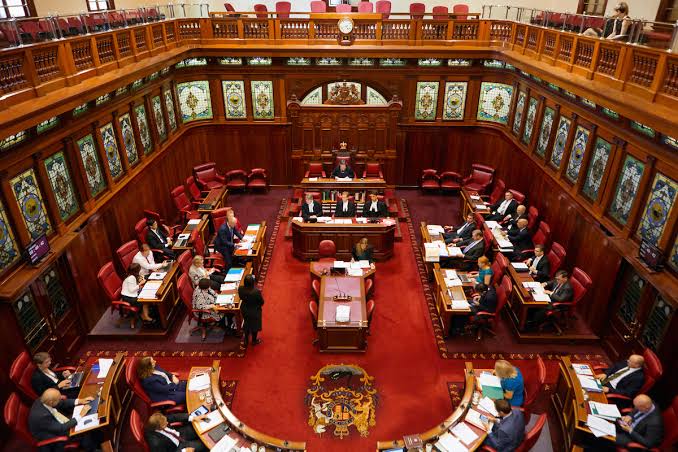 The idea, let alone the actual outcome, whereby a person or ‘party’ that receives fewer than 100 votes in a division can return a member to sit in Parliament is ludicrous.

Antony Green predicted all this before the vote count!

When the same thing was happening nearly a decade ago in the Federal Parliament with the gaming of the Senate electoral system by ‘micro parties’, reforms were made.

Indeed they’ve been emulated around the country with the exception of Victoria and WA.

Here’s part of what the Joint Standing Committee on Electoral Matters of the Commonwealth Parliament subsequently reported in 2016.

It bears close reading and emulation in WA.

As the report indicates, such reforms have the real capacity to empower voters, not weaken their vote.

A notable outcome of the 2013 election was the election of a number of previously unknown candidates to the Senate from ‘micro-parties’ on very small primary votes. This result was perceived by some as a perverse outcome of the Senate voting system. From 1984 parties had been able to submit group voting tickets, and voters could elect to use a party’s ticket to distribute their preferences by voting ‘1’ for that party above the line on the ballot paper.
Originally introduced to reduce the rate of informal voting in the Senate, the group voting tickets were increasingly used to trade preferences between groups of parties in a way that was largely opaque to voters. It has been argued that this pooling of preferences between small parties led to results which did not best represent the will of the voters.

During its post-2013 election inquiry the Joint Standing Committee on Electoral Matters (JSCEM) released an interim report in May 2014 that recommended substantial changes to the Senate voting system. Significant recommendations included abolishing group voting tickets and implementing optional preferential voting both above and below the line on the Senate ballot paper.

In February 2016 the Government introduced legislation to amend the Commonwealth Electoral Act 1918 (the CEA)—the Commonwealth Electoral Amendment Bill 2016. Following the longest continuous sitting of the Senate (at almost 29 hours straight), the Bill passed both Houses with a number of amendments on 18 March 2016 and was assented to on 21 March.

The most significant element of the Commonwealth Electoral Amendment Act 2016 is to implement optional preferential voting both above and below the line on the Senate ballot paper. Voters are now instructed to complete at least six preferences above the line or at least 12 below the line; saving provisions would allow votes that expressed fewer preferences to be counted.

The effect of this is that the preferences of voters who vote above the line now only apply to the groups that voters express explicit preferences for, leaving voters in control of how far their preferences flow. Group voting tickets no longer apply.

The amending Act also provides for the inclusion of party logos alongside the party name on ballot papers. This appears to be in response to suggestions some voters were confused by party names in the 2013 election.
The introduction of these significant reforms only three months before the announcement of the election led to concerns about the ability of the Australian Electoral Commission (AEC) to successfully implement the changes and conduct the election. These concerns followed the overturned 2013 Western Australian Senate election where it was found that security and logistical failures may have contributed to the loss of ballot papers.

Use of the new Senate voting system

At the time of the introduction of the new Senate voting system there was considerable concern that the reforms would lead to many people continuing to just vote 1 above the line with a correspondingly high rate of vote exhaustion (this was a key element of Senator Day’s failed later High Court challenge).

Although not necessarily representative of the larger states, analysis of the Tasmanian results reveal that only 2.8 per cent of votes exhausted (compared to 0.1 per cent in 2013), and around 85 per cent of those who voted above the line preferenced 1 to 6 as instructed on the ballot paper.

Tasmanian Senate voters also largely chose to ignore preference recommendations from ‘How To Vote’ cards, even from the major parties. Less than 10 per cent of Liberal voters, and ever fewer Labor voters, preferenced above the line according to How To Vote cards. However, this may not be typical of Senate voting in other states, particularly given that Tasmanian voters are accustomed to voting using the Hare-Clark system in state elections, which is similar to below the line voting.