Maritime Movements – Its Time To Shine!

Vos Shine. What is that exactly?

A lacquered layer on your helm? A bruise below the eye? The mirror-clear polish on the car? 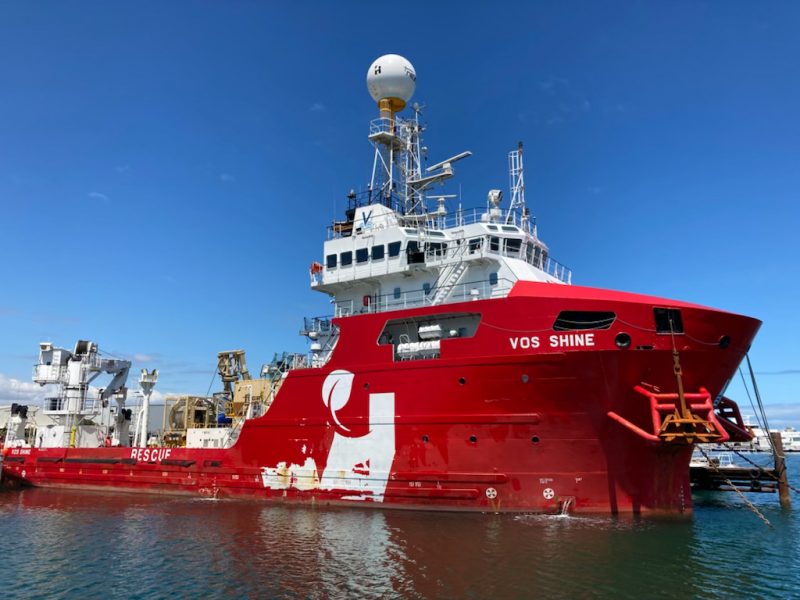 She certainly does on the sea.

One final thing before starting the story of Vos Shine, and that is to respect the Aboriginal people who nurtured and preserved this beautiful country we live in. We hope our hands, together, will continue to honour its story.

Vos Shine is not a trophy finish from dedicated polishing, no, Vos Shine is an offshore supply and dive support vessel.

Harvest Technology has reportedly taken out a long-term bareboat charter on her until 2022, according to their announcement to the Australian Stock Exchange in May 2019. ‘Delivering value through world-class cutting-edge technology combined with robust industry partnerships’, is how the company describes itself.

It is not exactly clear specifically what this means, or for what it applies, but Harvest’s website refers to the laying of fibre optics from Tiwi Islands to Darwin.

And this is what they need the Vos Shine for.

Though I am told she is a ‘supply vessel for the oil and gas industry’. 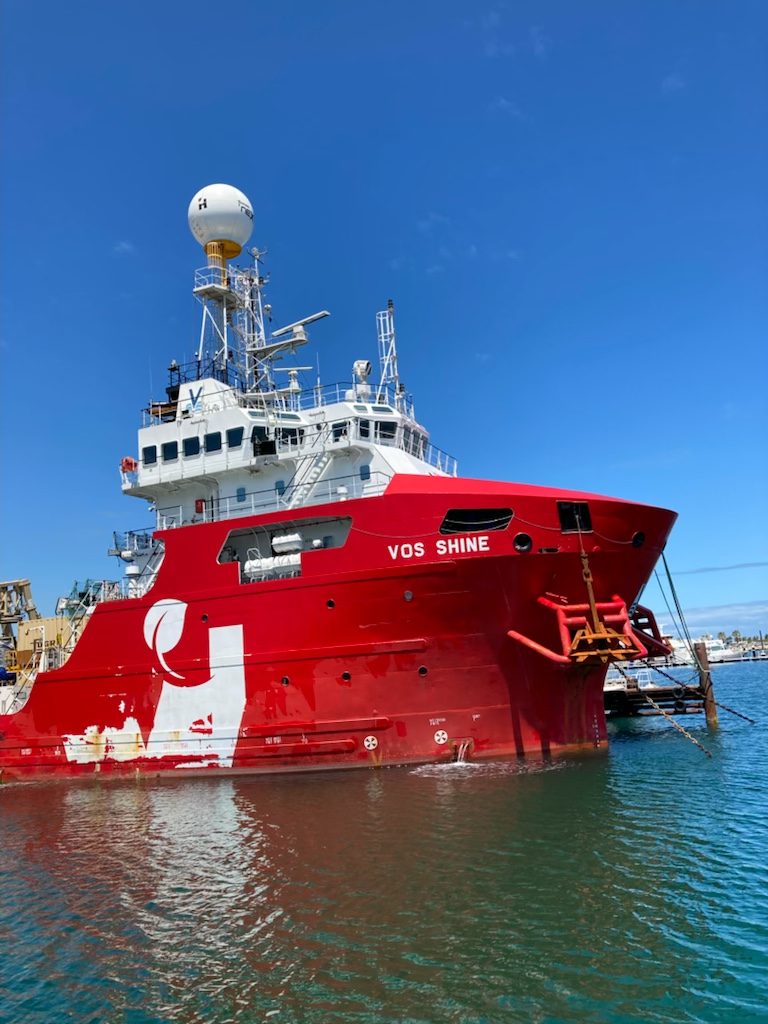 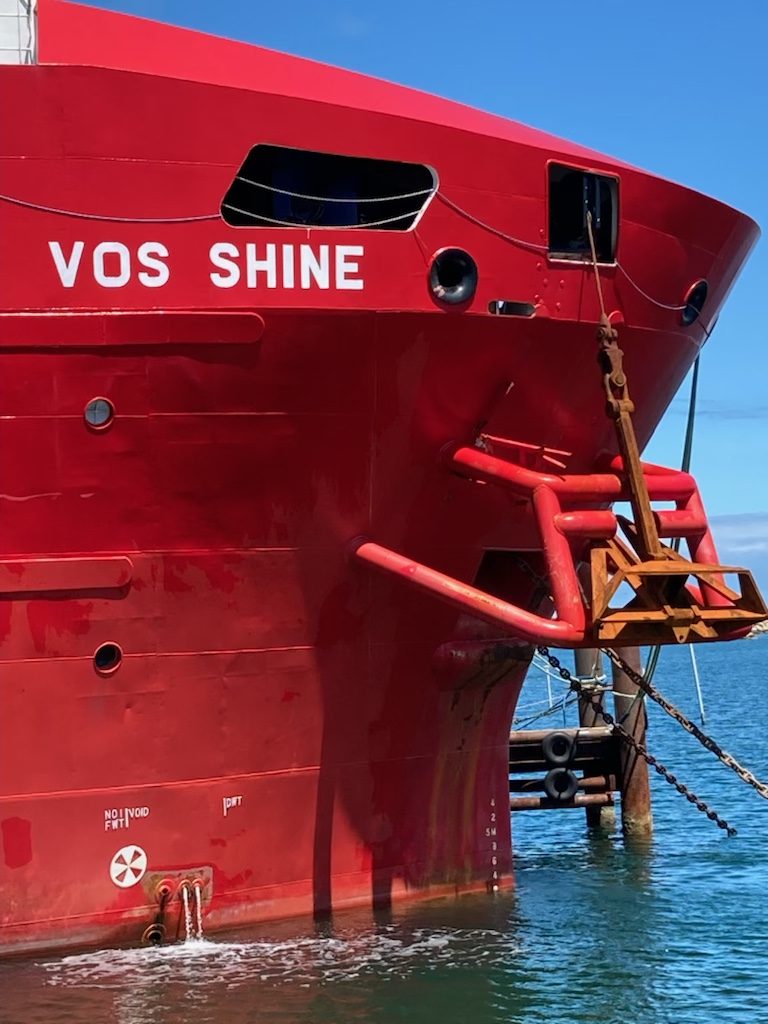 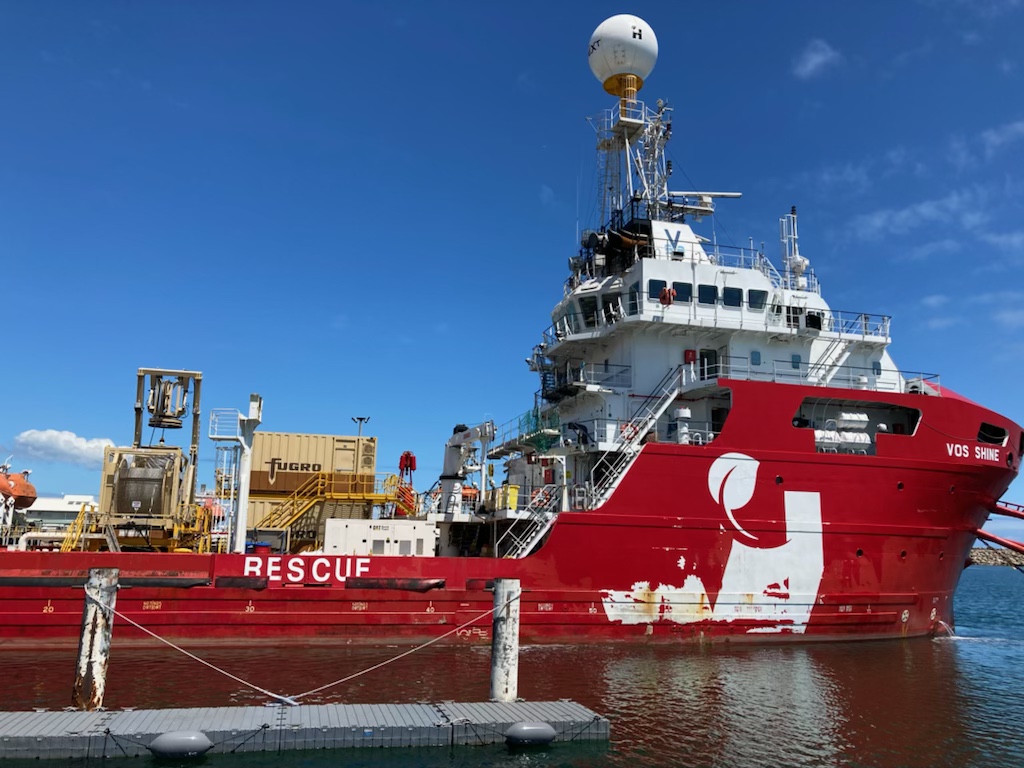 So who is Vos Shine?

Vos Shine was built in 2012, at the Fujian Southern Ship Yard in Fuzhou, China.

She is a Lloyd’s Class Registered 100 A1 Offshore Supply Ship, over sixty meters long, and is a bright red and white DP2 Air Diving/Offshore Supply Vessel.

She sleeps 49 but it’s her communication capacity that leaves you speechless.

Viking Navigation Survey Systems with HPR interface; a through hull multi beam transducer, if required; three wind sensors; three gyro compasses; and an A1, A2 and A3 Global Maritime Distress and Safety System (GMDSS).

Though she can’t consistently communicate in the polar region, she has occasionally done so, pushing her 70 degrees south and 70 degrees north coverage to its limits.

Sounds like this could come in handy in Russia’s Northern Sea Route, where the quality of communication has been assessed as being dangerously non-existent.

So it doesn’t sound like Vos Shine and Ocean Apex rig will work together when the rig starts her northern climb sometime in March, and I’m not sure Moana Explorer is big enough to take on Vos Shine’s role – if indeed that is what Vos Shine had been assigned to. 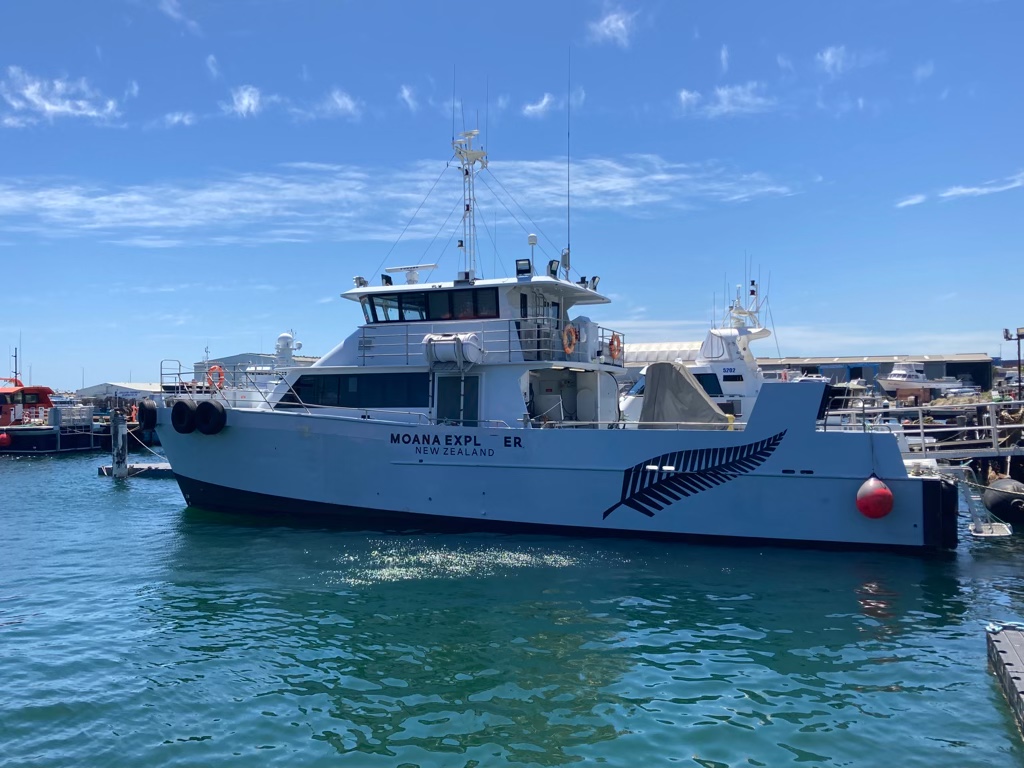 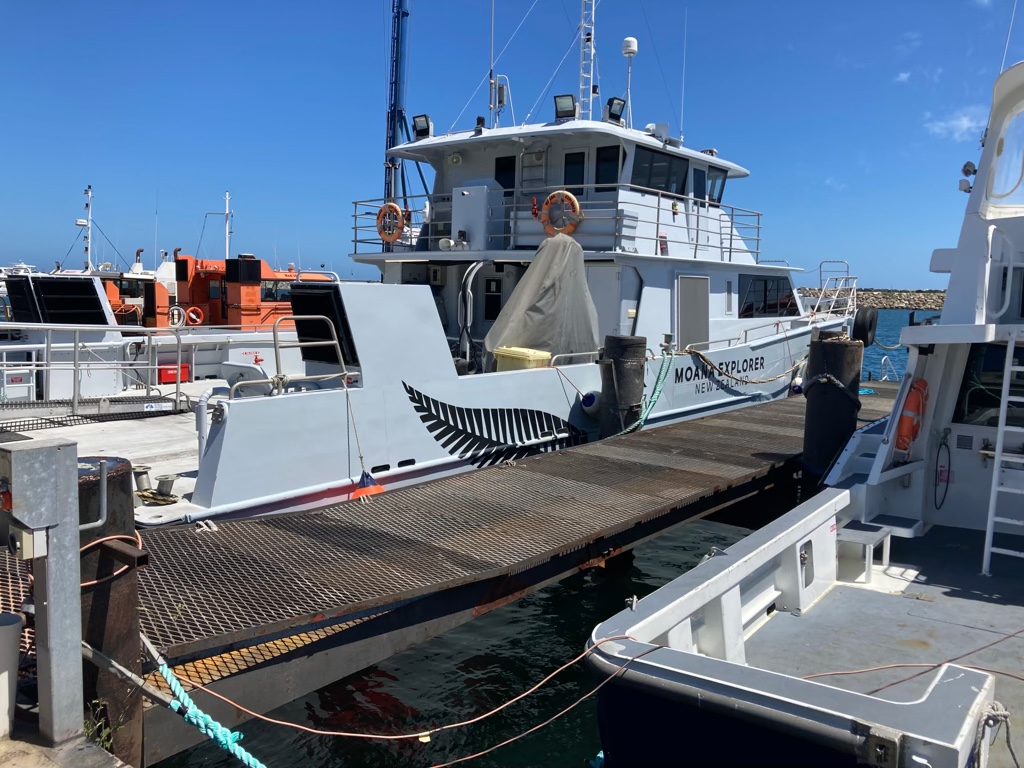 Moana Explorer is currently berthed in Vos Shine’s old digs in Rous Head’s Northern Basin as Vos Shine is anchored at sea. She is doing the crew changes for Ocean Atlas – the semi-submersible rig, also anchored at sea off our coast right now.

I spoke with boat charter entrepreneur, Matt Wardle, owner of HSA Marine, where Vos Shine and Moana Explorer – and tug Osprey – live. Matt says Vos Shine is at sea getting ready for her next assignment and isn’t likely to need her berth back for a while. 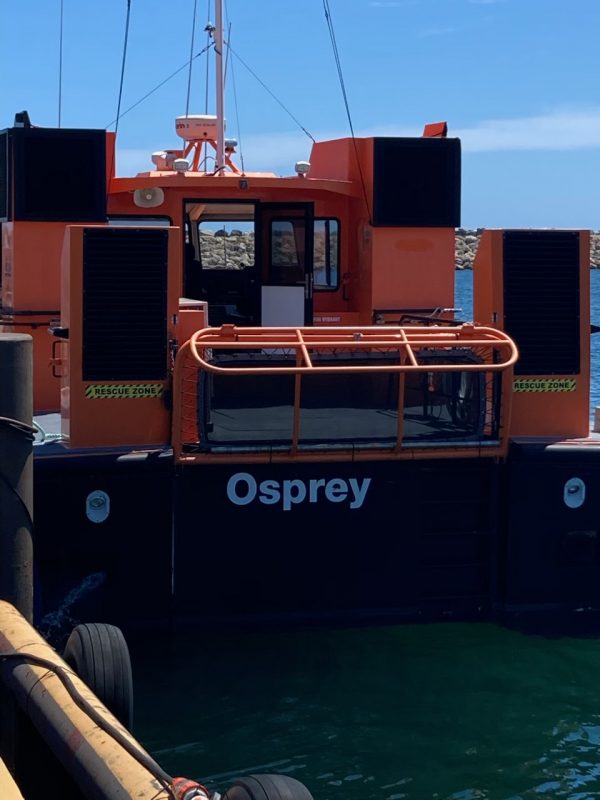 As the charterer, Matt doesn’t know the specifics of what the charters are for, but with the State on the start of another march, supplies to the north will be on the move again – a thought from which Matt and his crew, no doubt, must gain a glint of optimism from.