As this photograph shows, Woodman Point is a real ‘Point’ jutting out into the Indian Ocean. 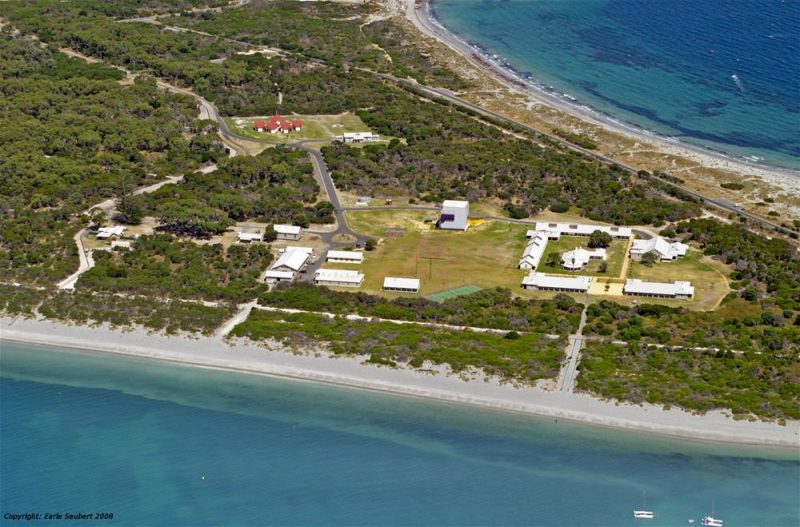 The waters immediately to the north are known as Owen Anchorage, and to the south, Jervoise Bay.

The Point marks the northern point of Cockburn Sound.

It is also home to the buildings that once comprised the Woodman Point Quarantine Station, dating from Colonial times, in the late 1880s.

Woodman Point was named after Thomas Woodman who accompanied Captain James Stirling on the 1827 HMS Success expedition which explored the upper reaches of the Swan River. When Stirling with his family and hardy bunch of First Settlers arrived in June 1829, to settle the Swan River Colony, Woodman Point would surely have been one of the first landmarks they sighted before camping out on nearby Garden Island for a few months over the winter while they decided what to do next.

When Thomas Peel arrived in the Swan River Colony in December 1829, with his first group of of even hardier settlers, to take up landholdings south of Fremantle, he first set up the Village of Clarence just south of Woodman Point, probably near where Naval Base now stands. Clarence didn’t last long and the remains are few.

The area south of Fremantle and around Hamilton Hill and near Woodman Point became a favourite place for the riding and racing of horses by settlers in the earliest days of the new Colony. There was indeed a racetrack near Woodman Point, as this obituary, from the Kalgoorlie Western Argus from 8 October 1912, upon the passing of early settler, Mr Joseph Lockyer, testifies:

DEATH OF A CENTENARIAN MR. JOSEPH LOCKYER, OF NORTHAM.
Perth, Sept. 30.
In his hundredth year, Joseph Lockyer died at his homestead farm on the bank of the Avon River, about two miles from Northam.

The deceased was born at Paulton, Somersetshire, in 1813, and arrived in the ship Hooghly.

Soon after he became celebrated as an amateur horseman. He never rode for money, but always for love of racing.

He took part in the first race meeting ever held in the colony at Hamilton Hill, situate at the back of Woodman’s Point, in the early thirties, and for half a century either rode, owned, or trained horses. He continued riding in races until nearly sixty years old, and many times rode with the Chief Justice (Sir Stephen Parker) and Mr O’Grady Lefroy…

As the obituary also highlights, in the early days Woodman Point was often called Woodman’s Point. At some point, excusing the pun, of sorts, the possessive was dropped. A pity! We rather like Woodman’s Point.

By the way, the Hooghly, upon which Mr Lockyer arrived, was the second of Thomas Peel’s ships to arrive in the new Colony, which it did in February 1830. 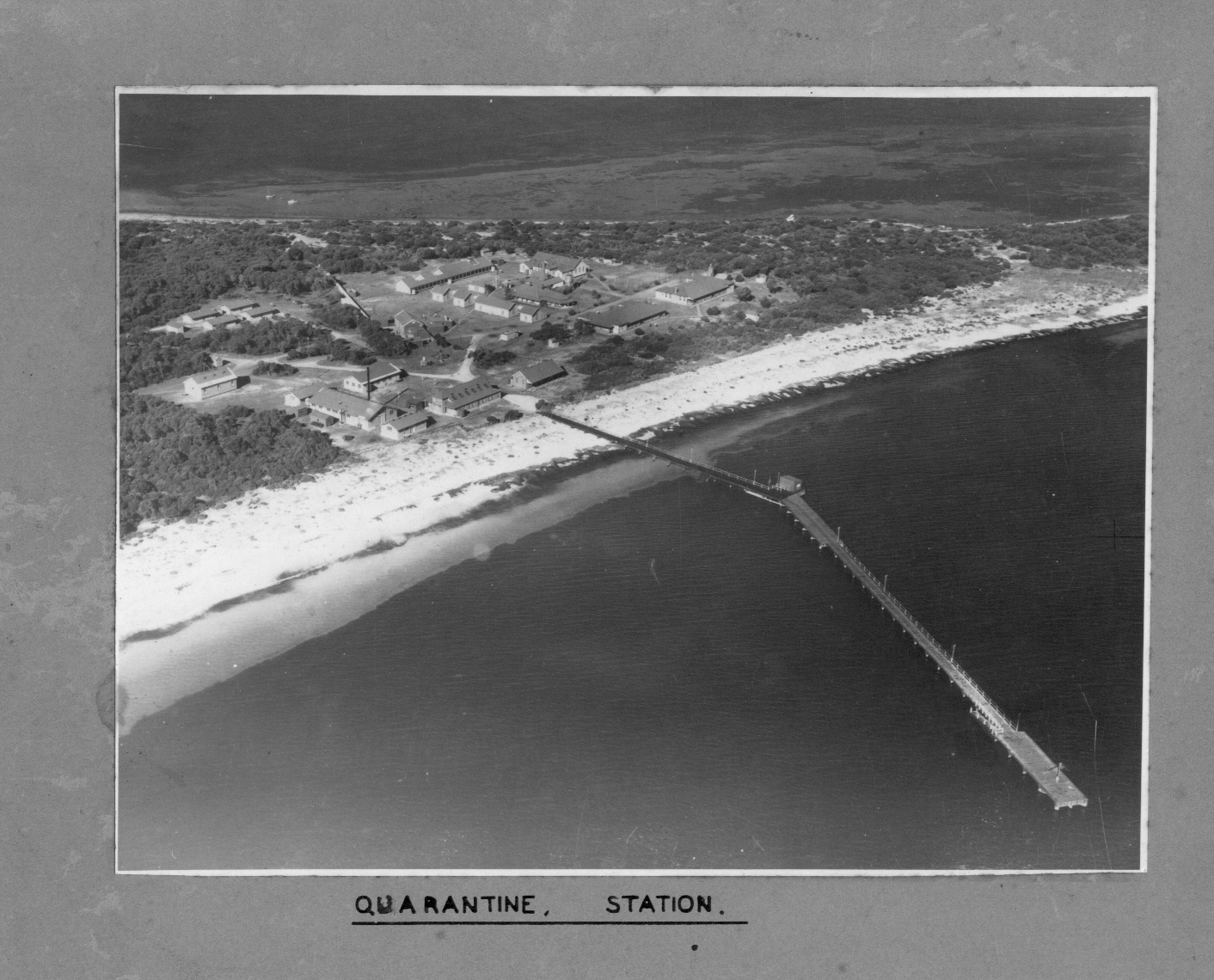 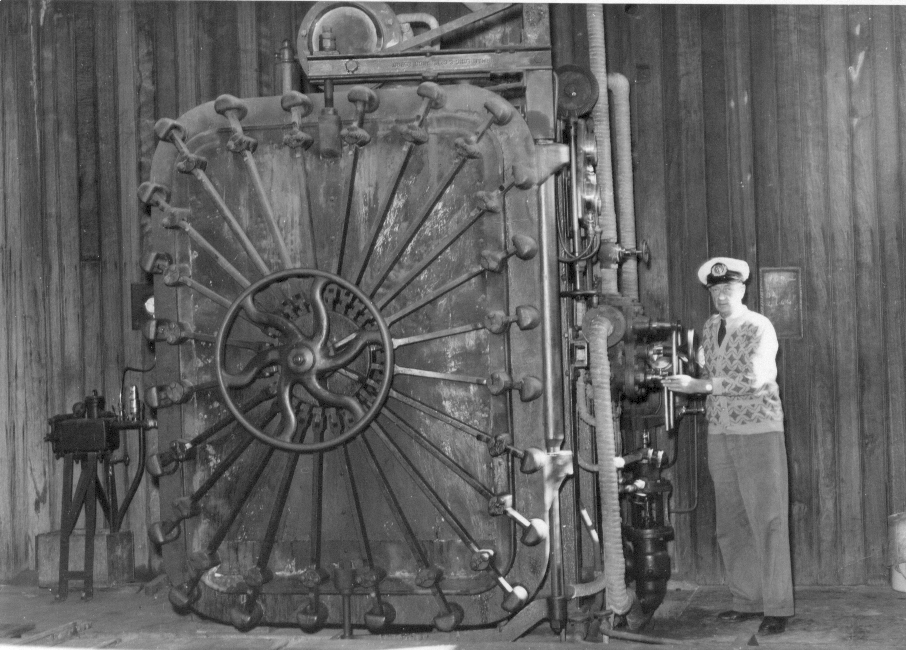 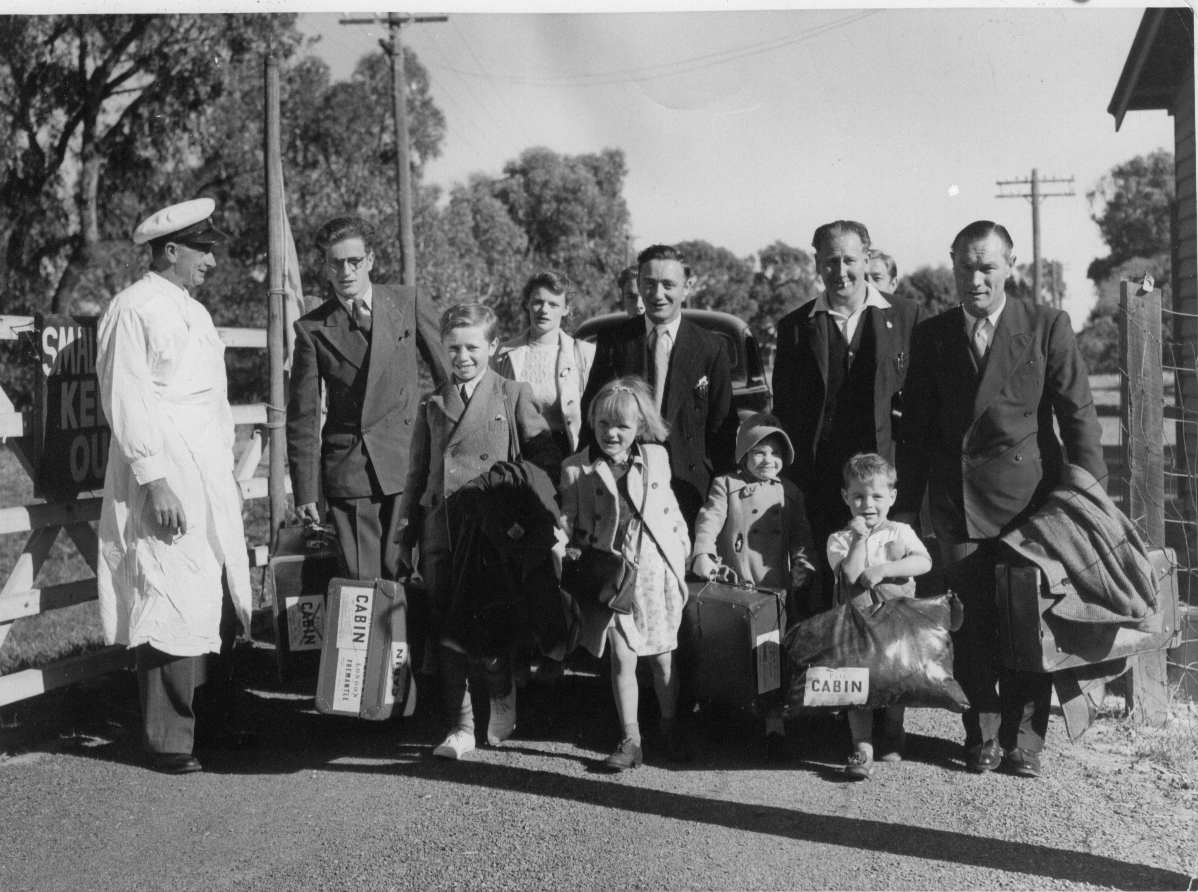 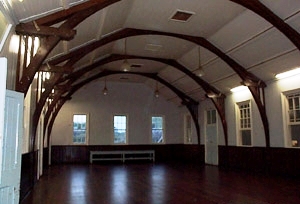 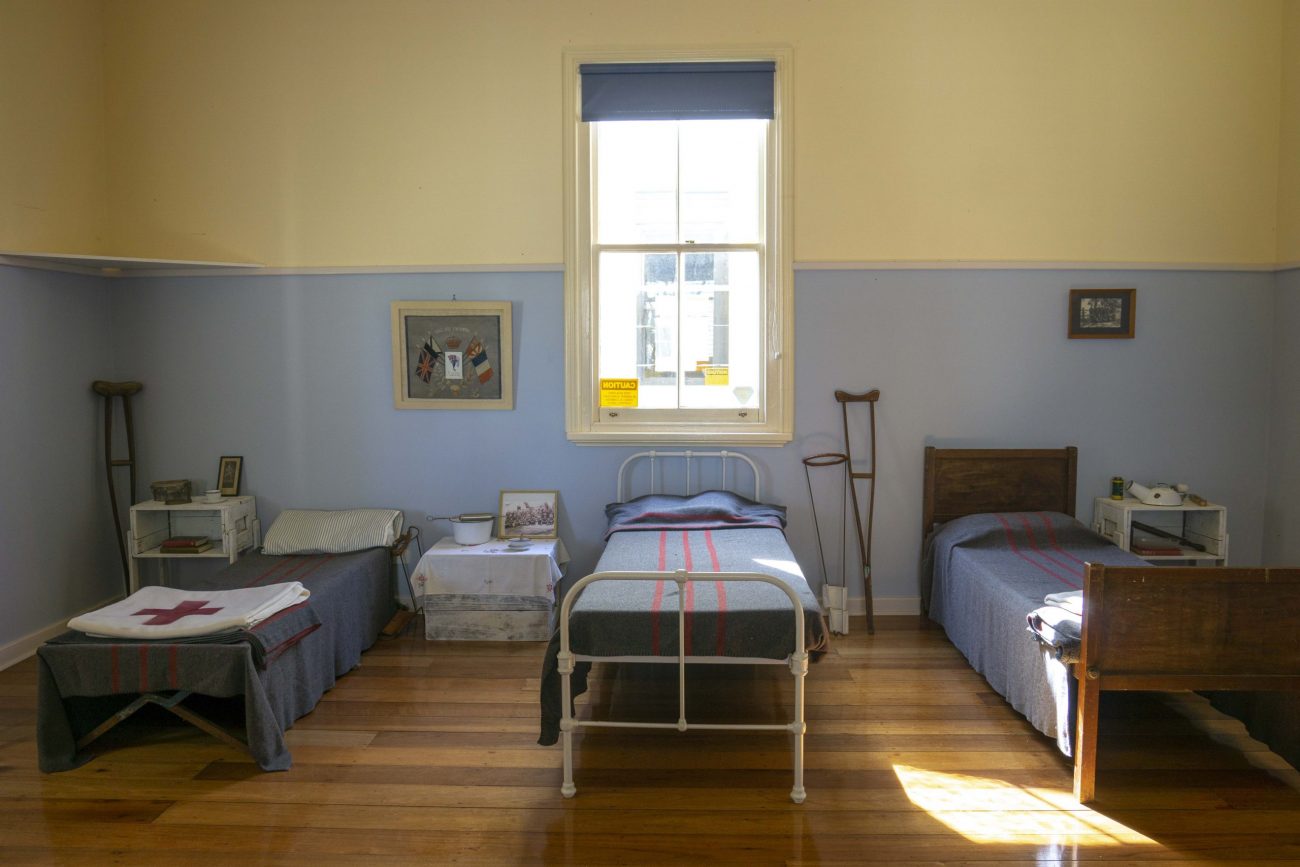 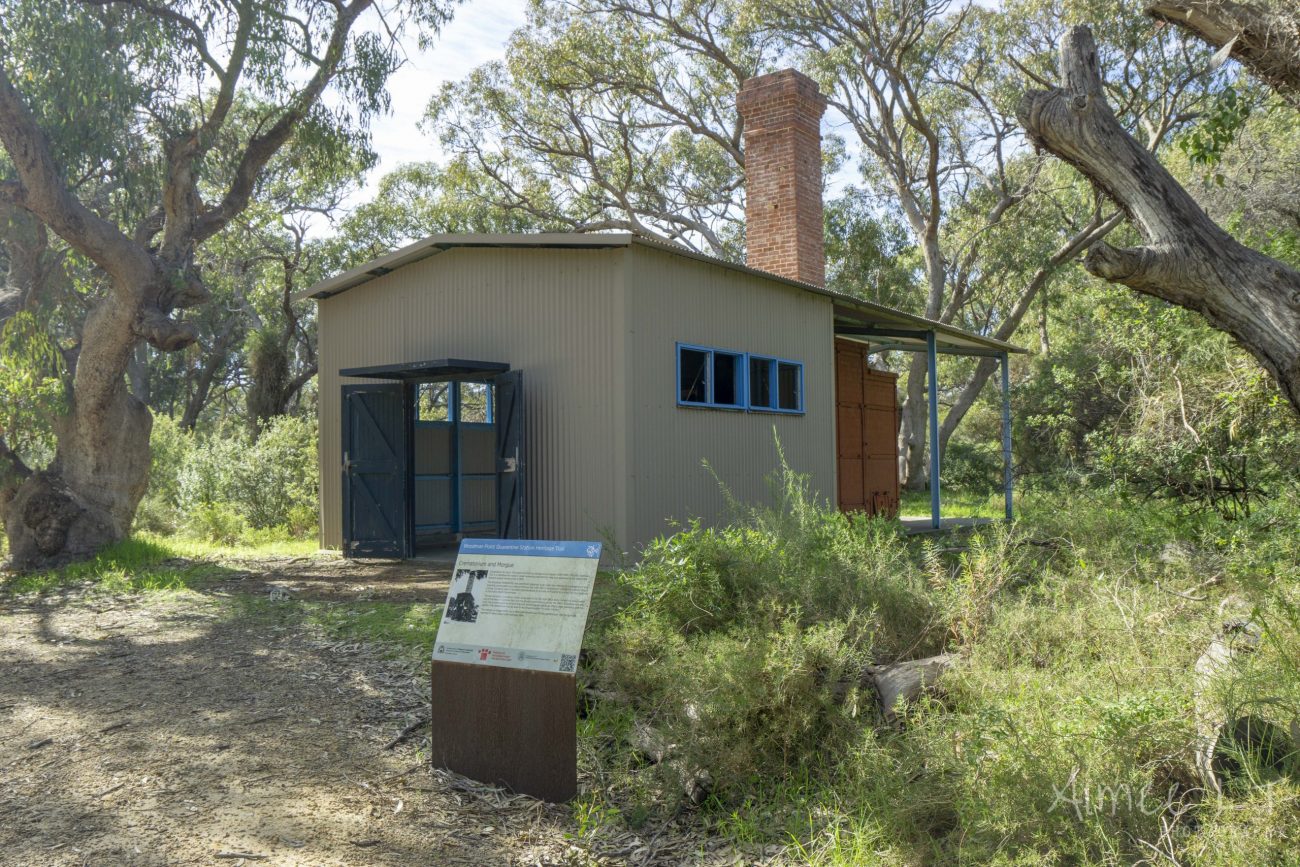 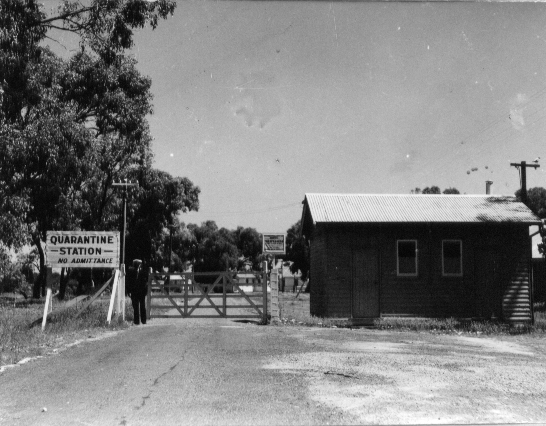 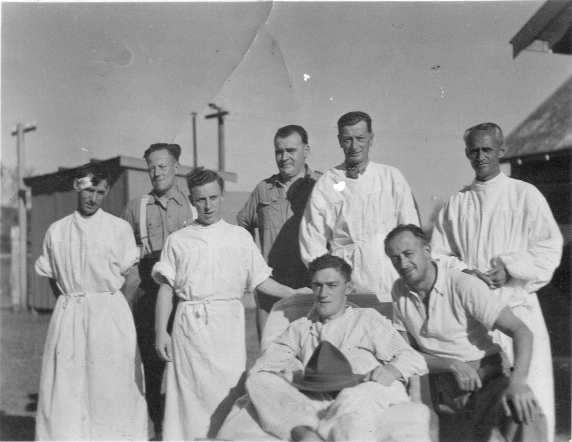 From the time of Federation in 1901, the Quarantine Station was controlled by the Commonwealth Government. However, after its closure in 1979, the land reverted to the State Government and soon became a wonderful camp for sport and recreation.

In this podcast we are pleased though to reflect on the historic use of Woodman Point as a Quarantine Station. This use is so easily forgotten, although many of the buildings that remain, and are now used for sport and recreation, date from those earlier times.

A number of families grew up on the Quarantine Station, because the fathers and mothers worked there. And a number of locals worked there over time as well; especially in times when pandemics and epidemics, not unlike covid, broke out around Perth and Fremantle, and around the world and threatened the public health of the community.

The bubonic plague, the Spanish Flu, outbreaks of smallpox, all saw the Quarantine Station snap into action over the years. Many people, including frontline health workers, died of the diseases they contracted and were cremated there.

Today, the Friends of Woodman Point help to keep alive this moving and fascinating history of Woodman Point. Better still, they offer wonderful history walks for the whole family around the old Quarantine Station.

If you’d like to visit Woodman Point and take a history walk, get in touch with the Friends on their Website or Facebook page @Friends of Woodman Point Recreation Camp.

In this podcast, Neil Wilson, one of the Friends and their Vice President, outlines the history of Woodman Point to our editor, Michael Barker. It’s a great story. Listen now!