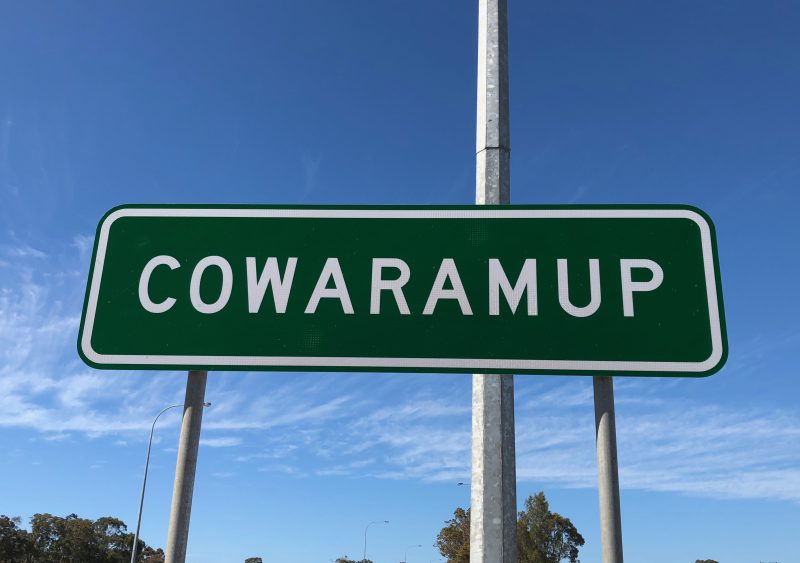 The cows in Cowaramup are wearing their Christmas hats! 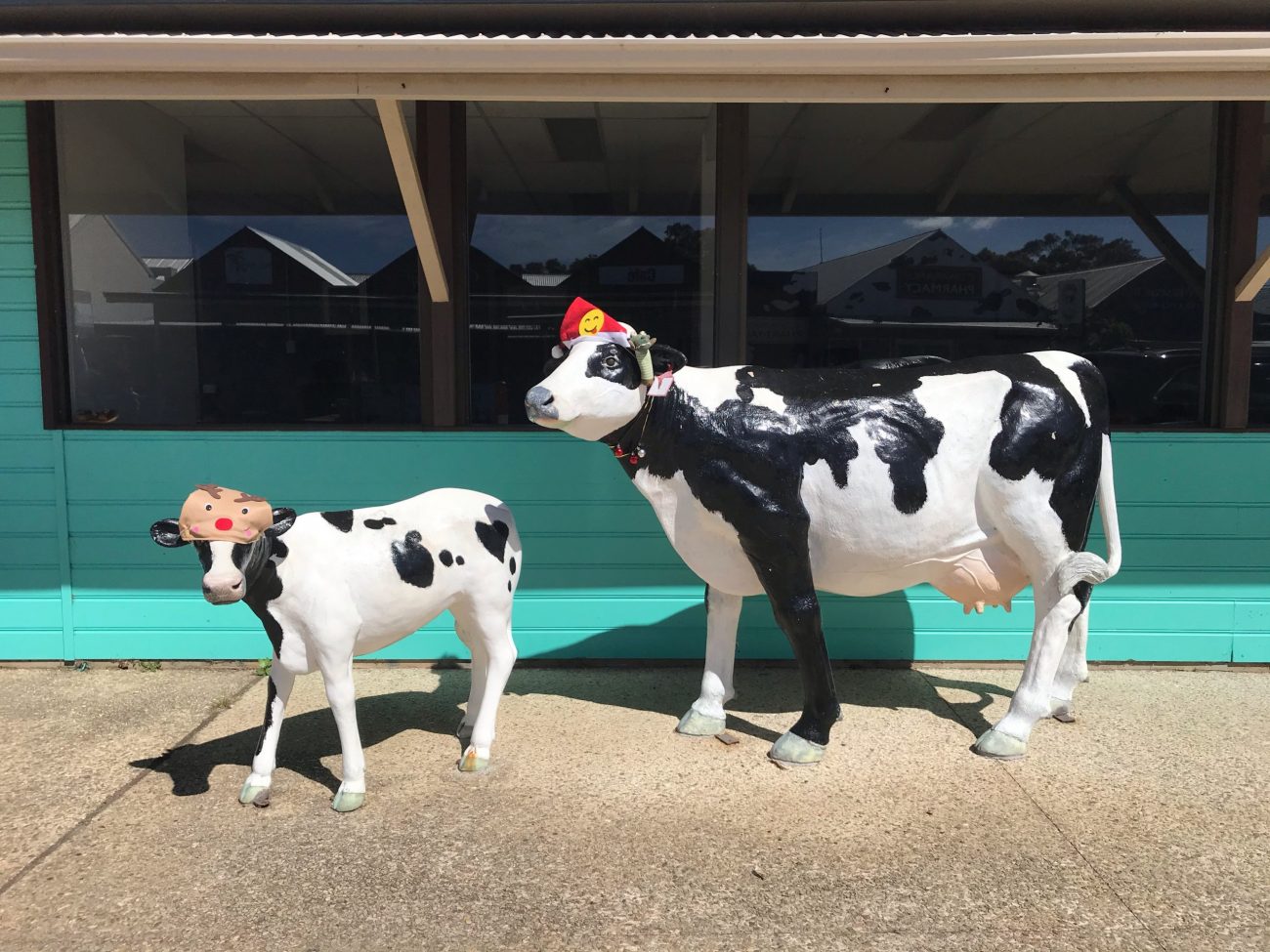 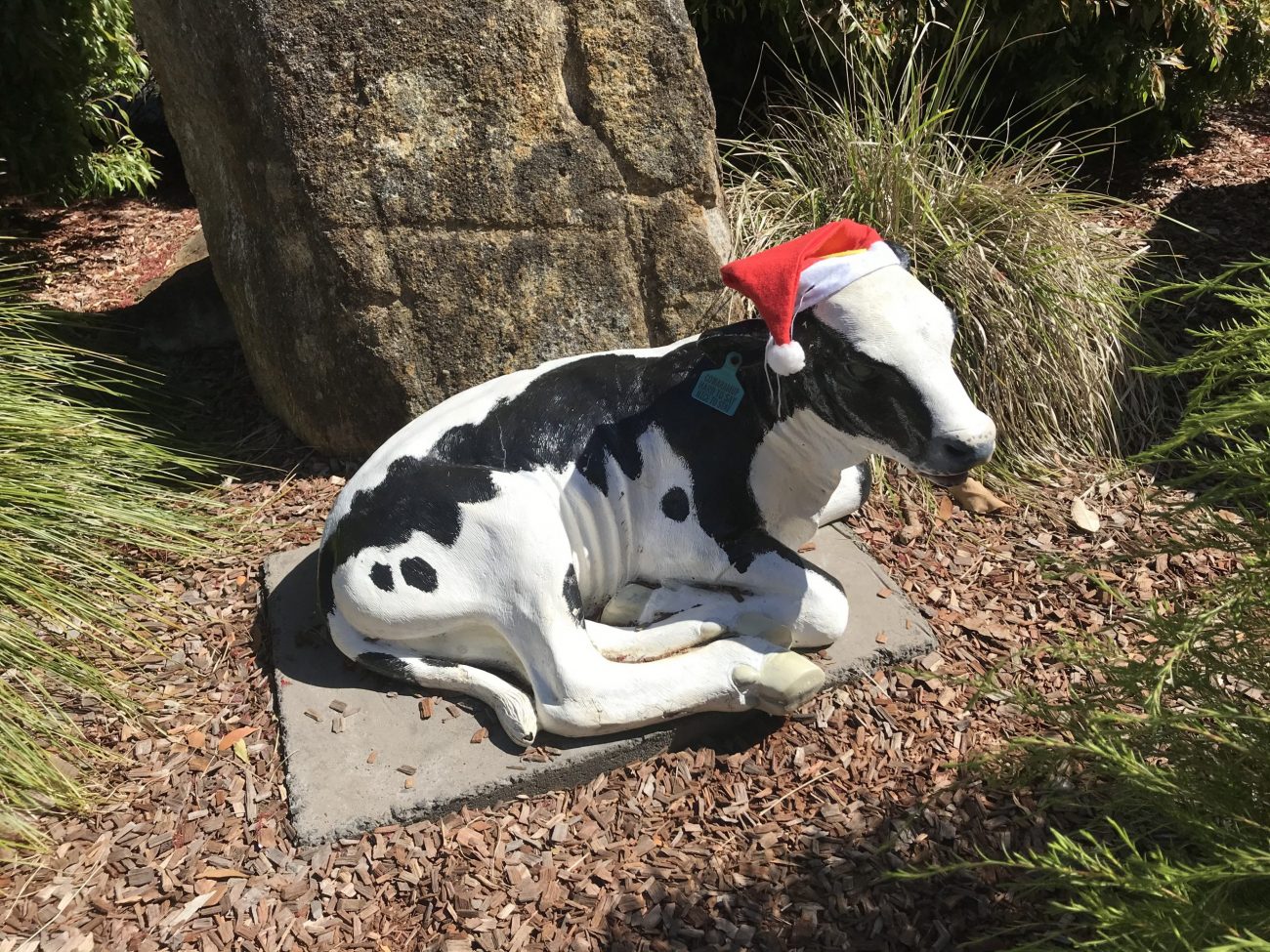 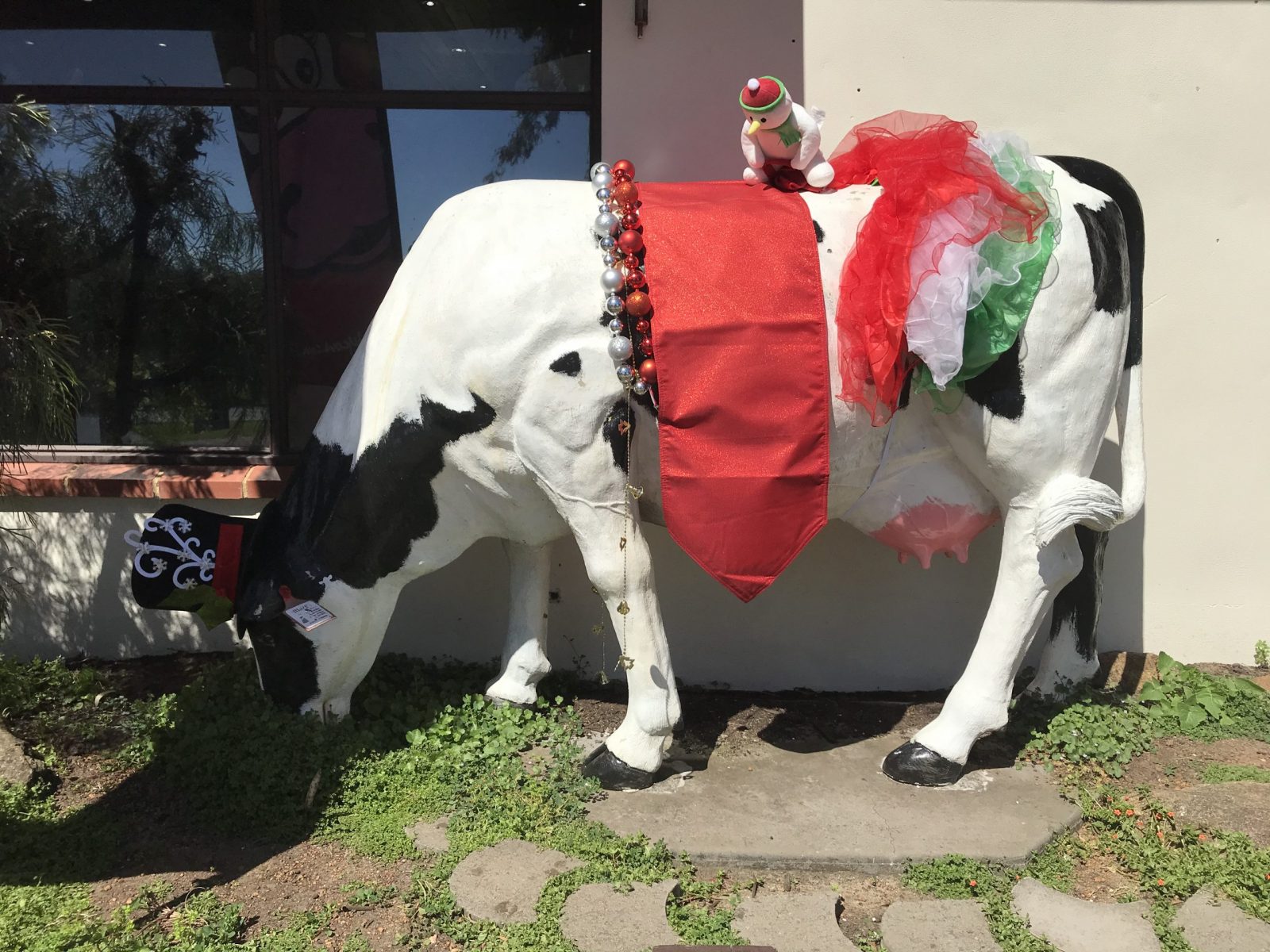 I love cows – I grew up on a dairy farm. So I always enjoy visiting Cowaramup. It’s a quirky, picturesque little town in the South West, 12 kilometres north of Margaret River.

As you drive into town you’ll spot a series of life-sized fiberglass Friesian cows and calves. They wander the streets and parks; stand in flowerbeds and outside shops. The town is full of cow-themed shops and wares. 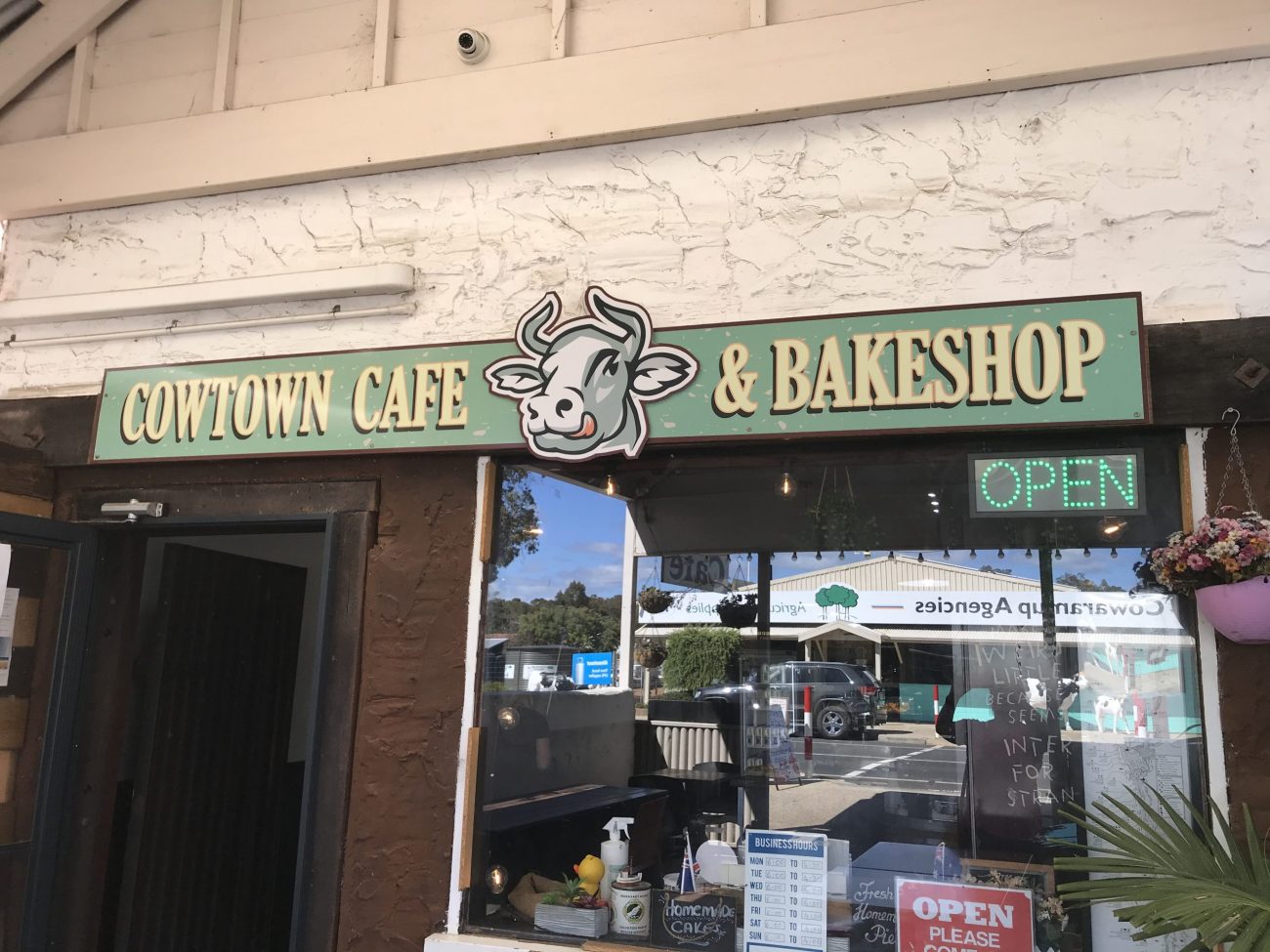 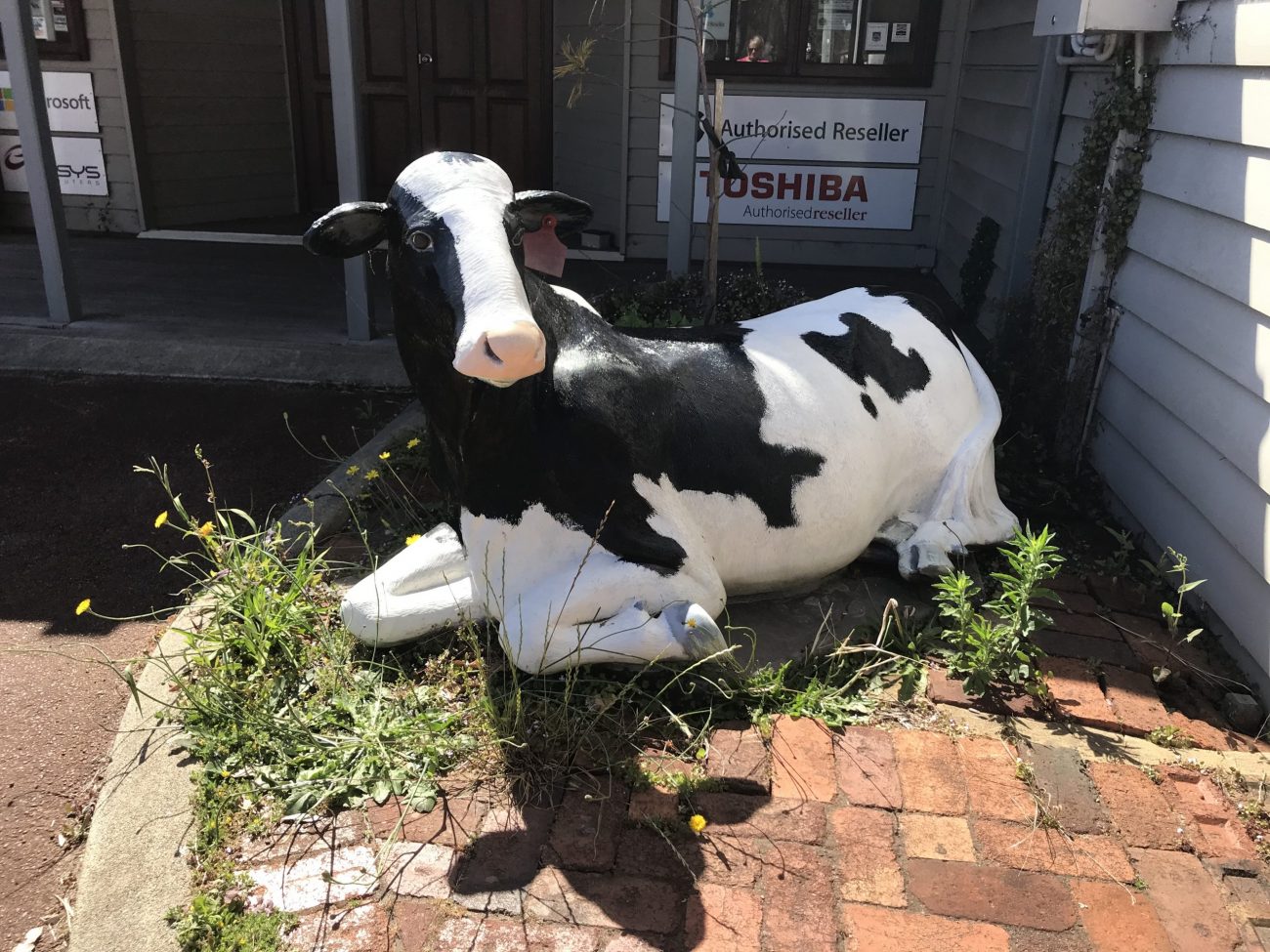 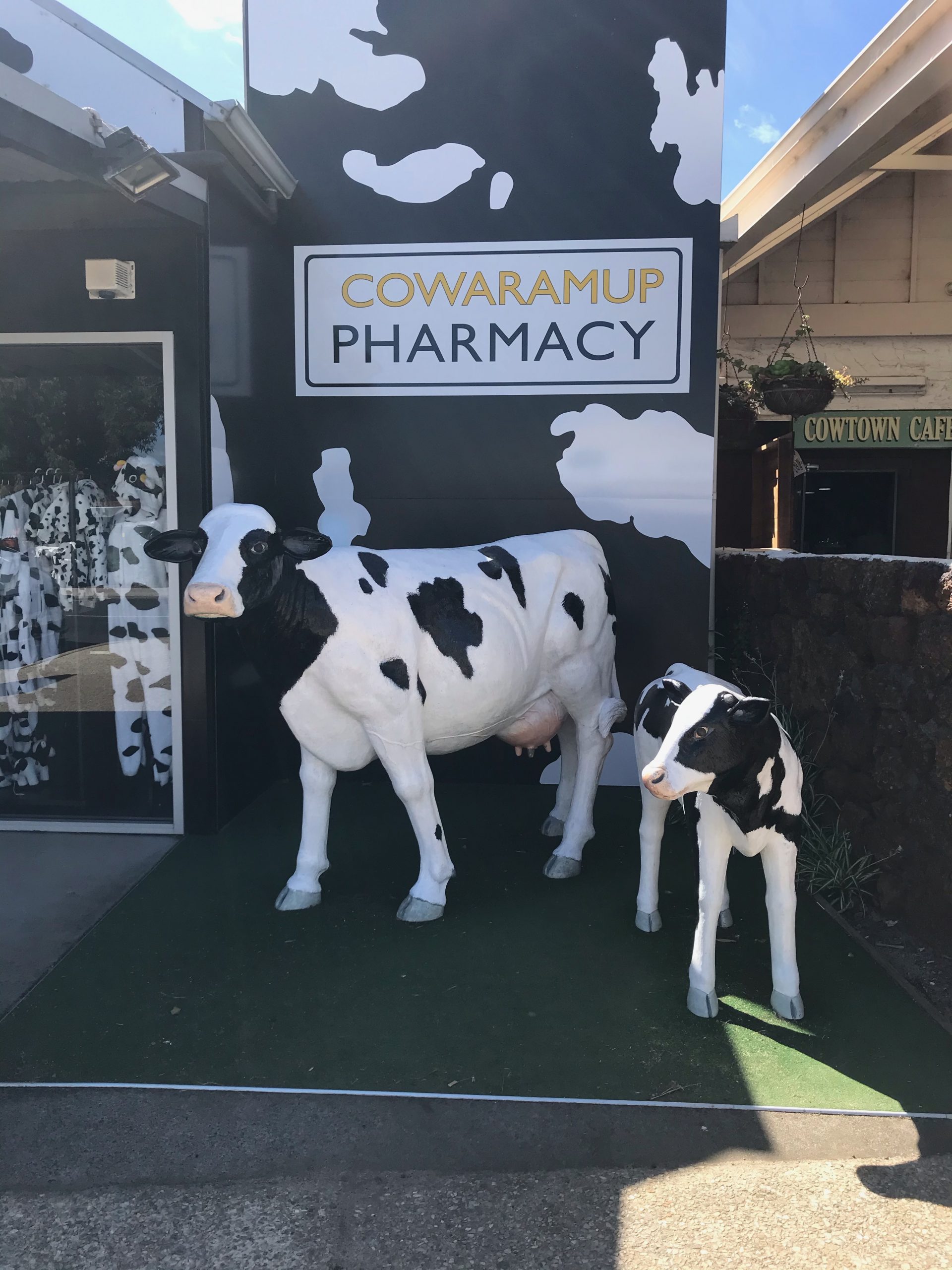 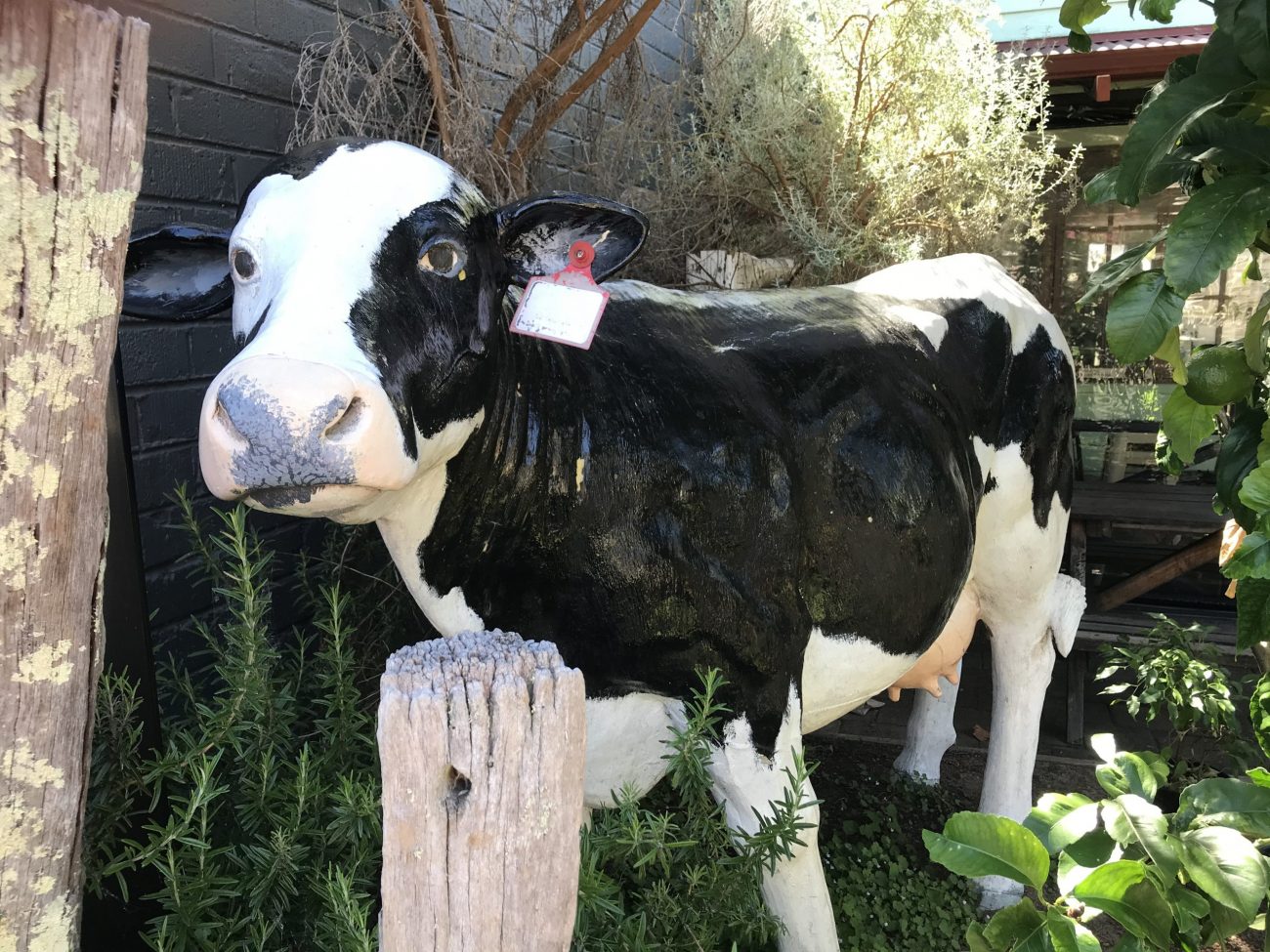 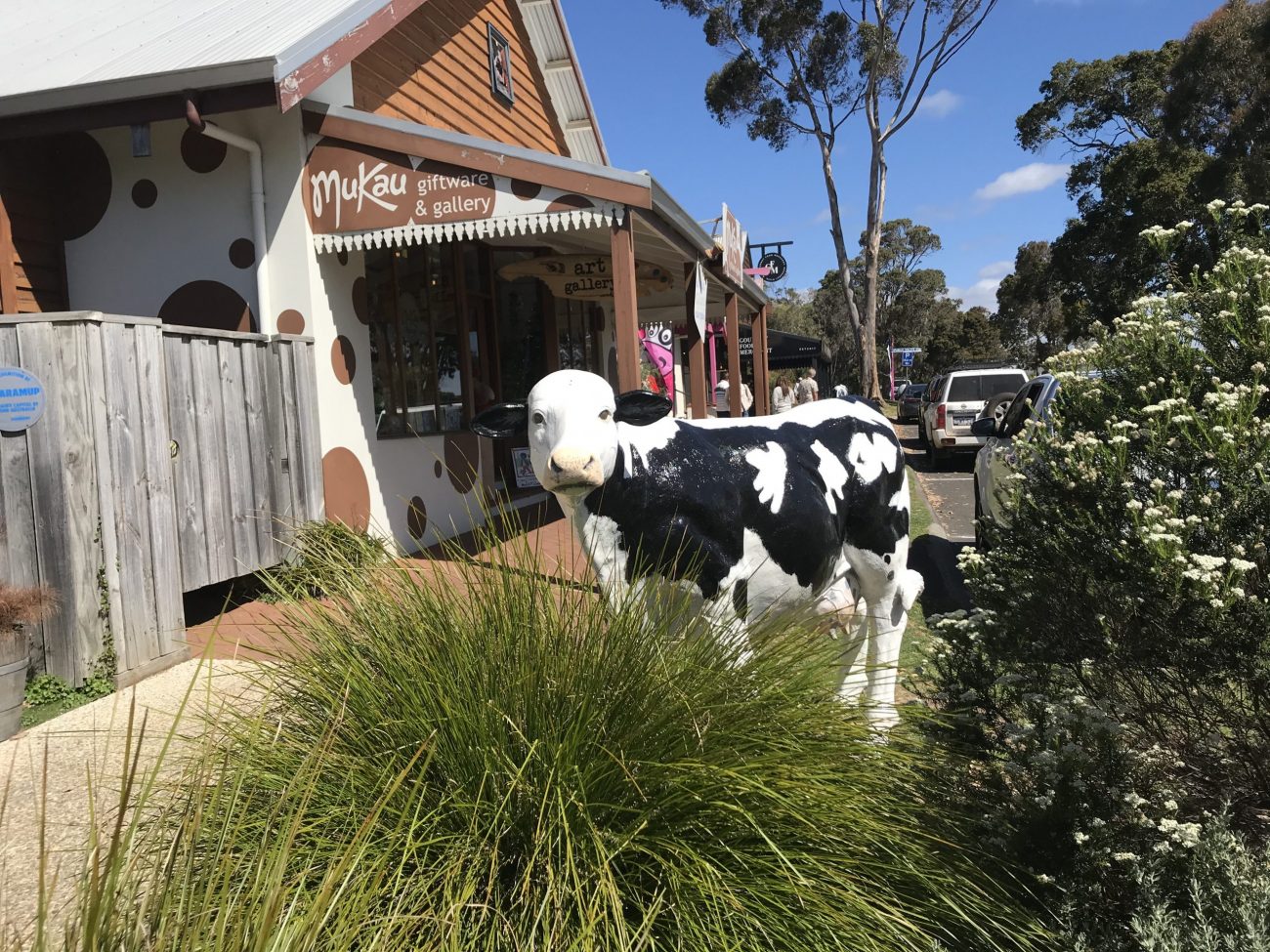 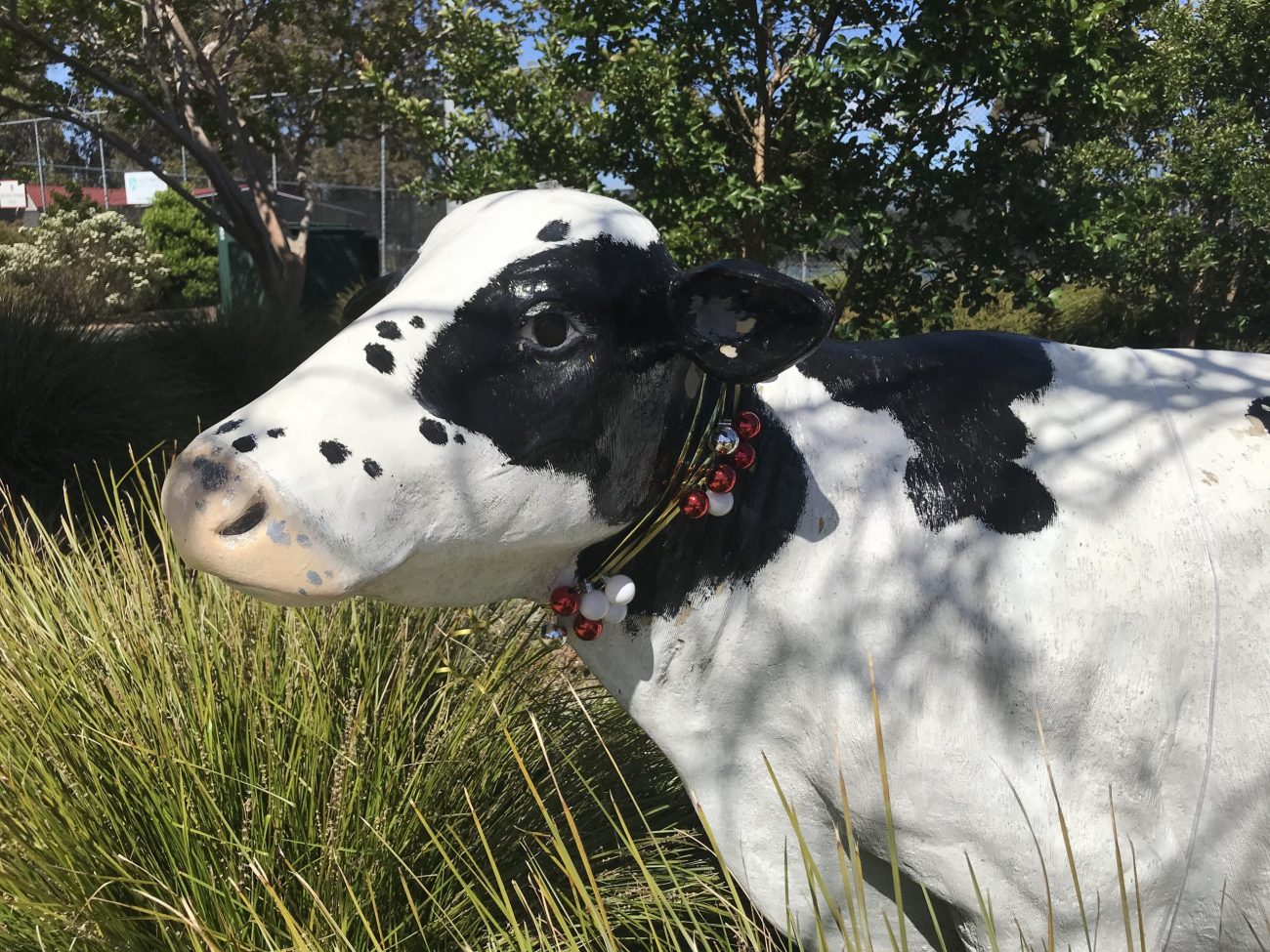 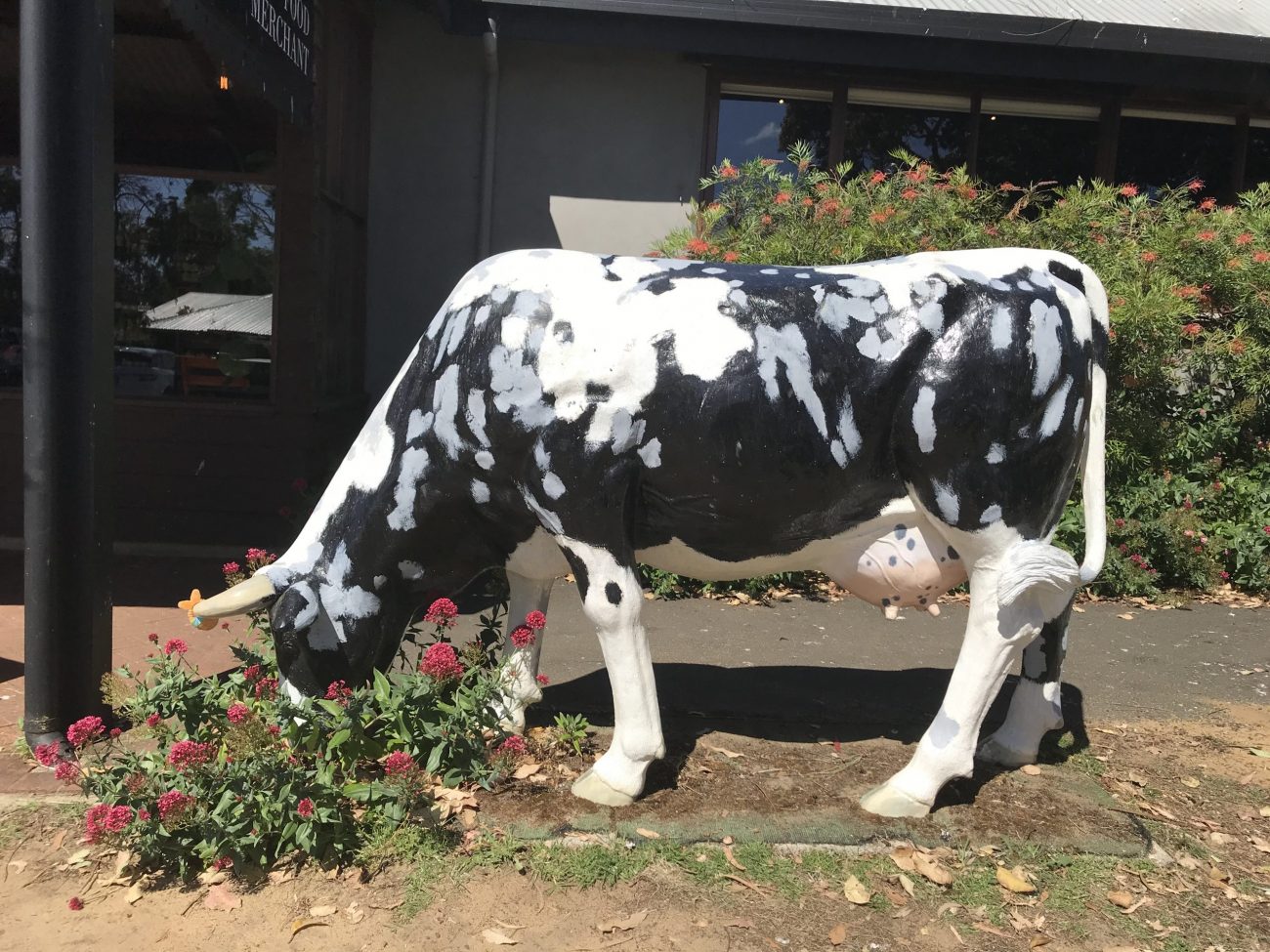 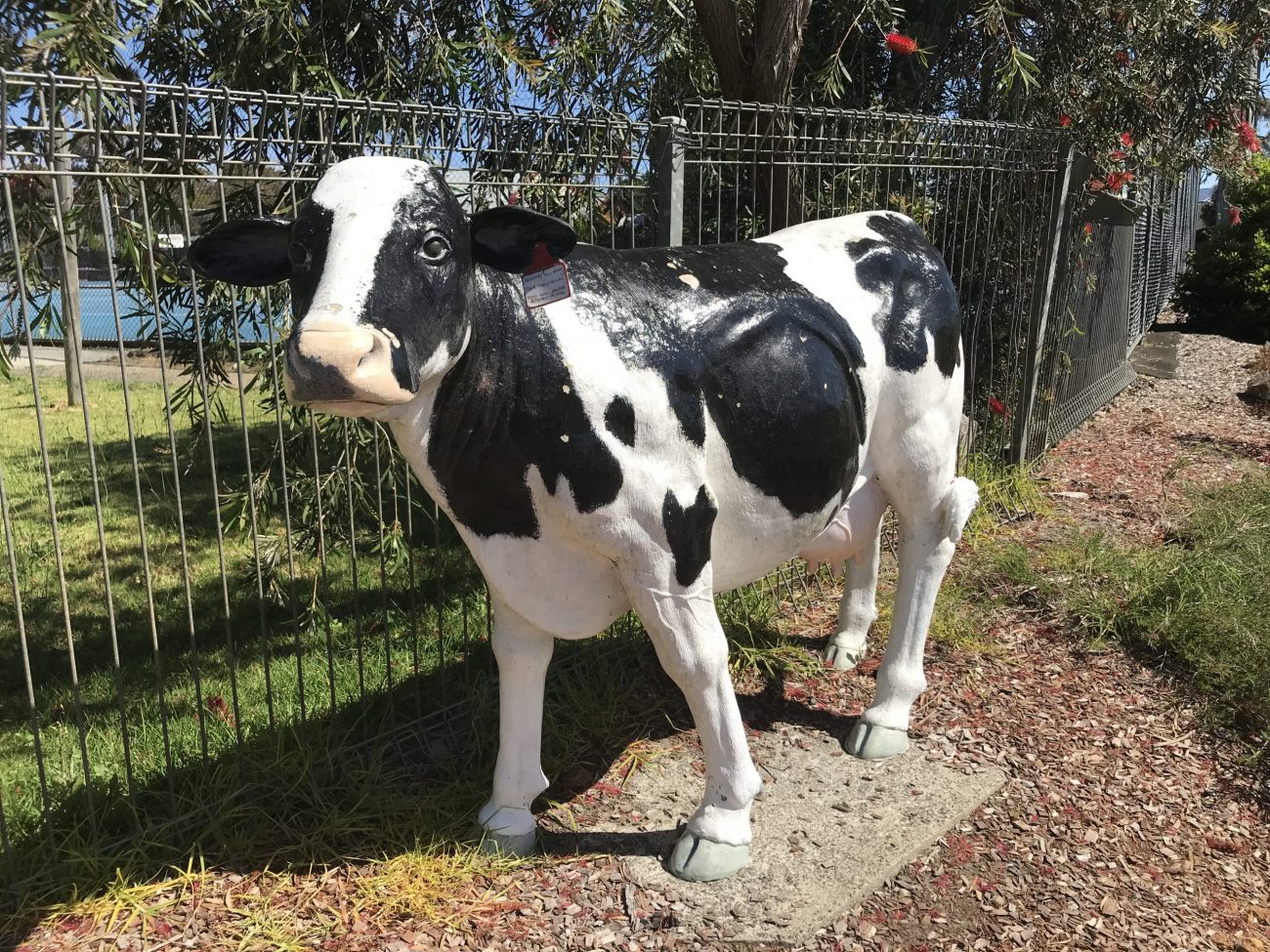 So how did all the cows get there? In 2010, the South West won the rights to host Cow Parade, an international art event that has been staged in 75 cities around the world since 1999.

Afterwards, many of the cows were auctioned for charity, but several remain around the Margaret River region. Black and white Friesians are also known as Holsteins and originate from the Netherlands.

Friesians were introduced for the dual purpose of high quality low fat milk and lean beef. An average cow produces 30 litres of milk a day. These gentle cows stand 150cms tall and weigh in at 600kgs.

Each time I visit, I struggle to pronounce the name properly. It’s ‘Kuh-wara-mup’. The town actually takes its name from a bird and not a cow. The town was named by local Noongar people, meaning ‘place of the cowara bird’, a purple crowned lorikeet. 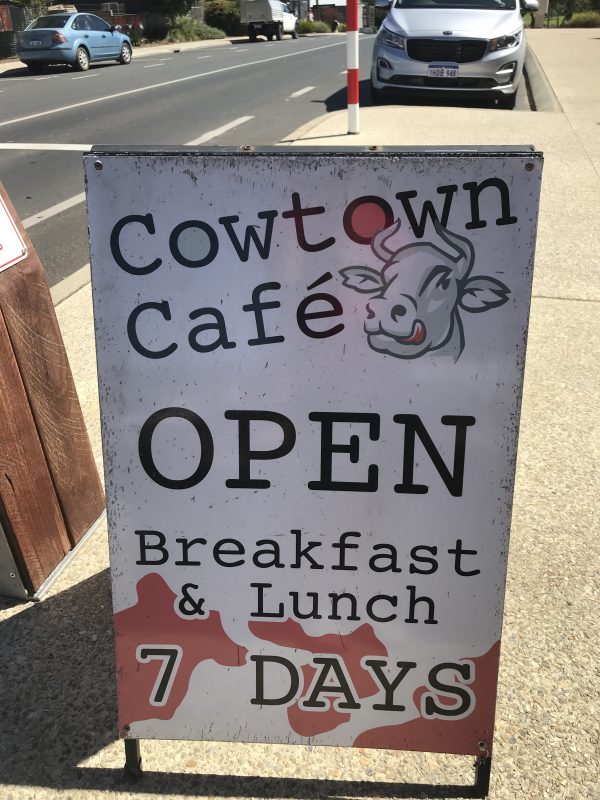 Locals affectionately refer to the town as ‘CowTown’. CowTown is in the heart of the dairy and wine region of the South West.

Everything around CowTown is to do with bovine or vine. The surrounding fields are full of cows knee deep in lush grass and wineries with rows of vines.

The first wine produced in this area was in 1917 by Mr Jimmy Meleri. He sold bottles of wine at local dances. The first commercial vineyard was estableished by Dr Cullity and named Vasse Felix Estate. Today, nearly 5,500 hectares of the region is under vine with 215 growers.

The town originated from a Group Settlement Scheme in 1920, after the First World War, and began its days as a timber town. The hardships endured in the early days of group settlement are difficult to even imagine: the incredible hard work, extreme heat, mud, flies, ants – the isolation, poverty and deprivation. The first flock of sheep was introduced in 1934 and cattle arrived in the 1960s.

Cowaramup was once a stop on the Busselton to Augusta railway line. This railway line was decommissioned in 1957. The track has now become part of the ‘Rails to Trails’, a picturesque 13km walk or cycle pathway all the way to Margaret River. 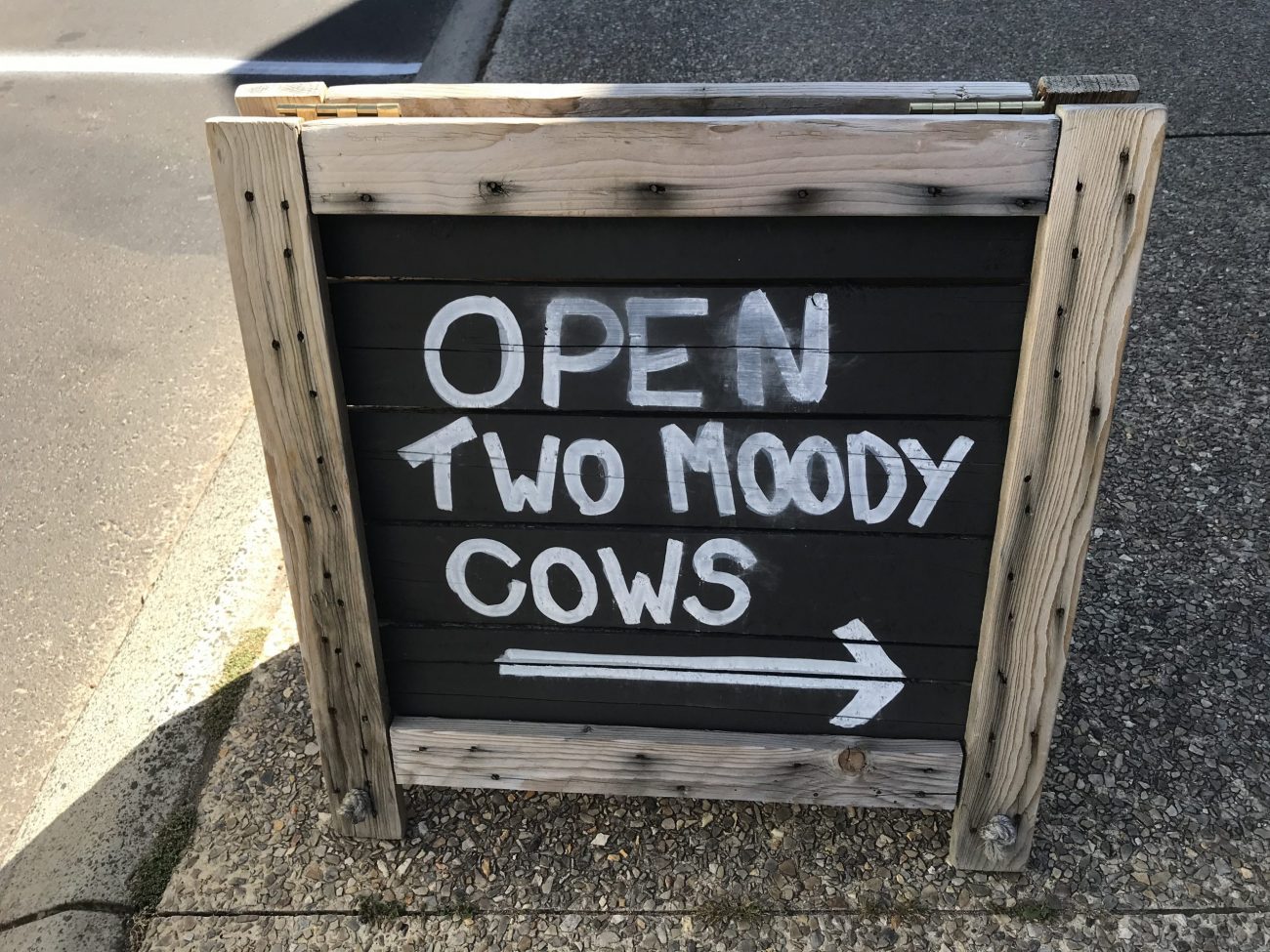 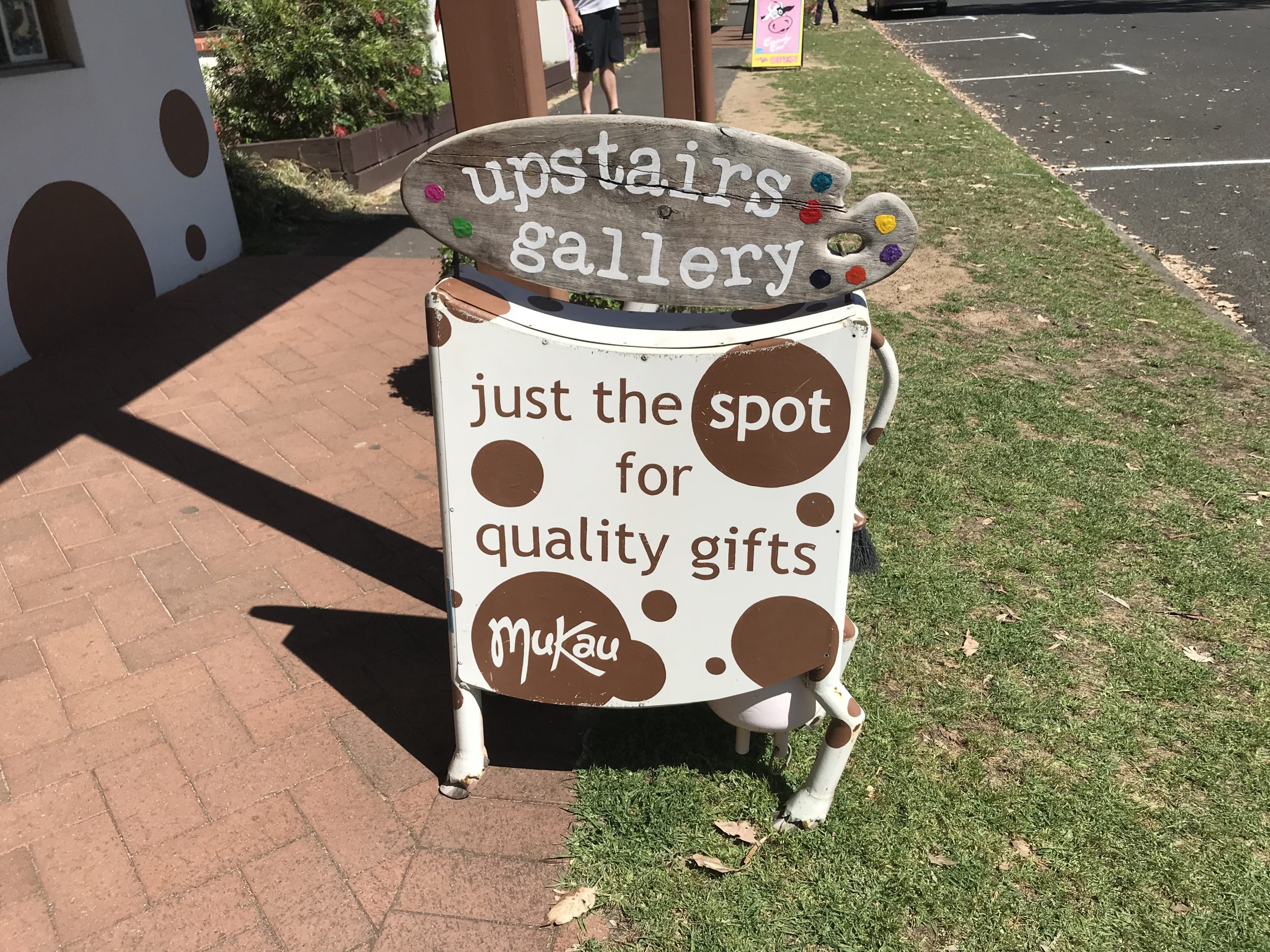 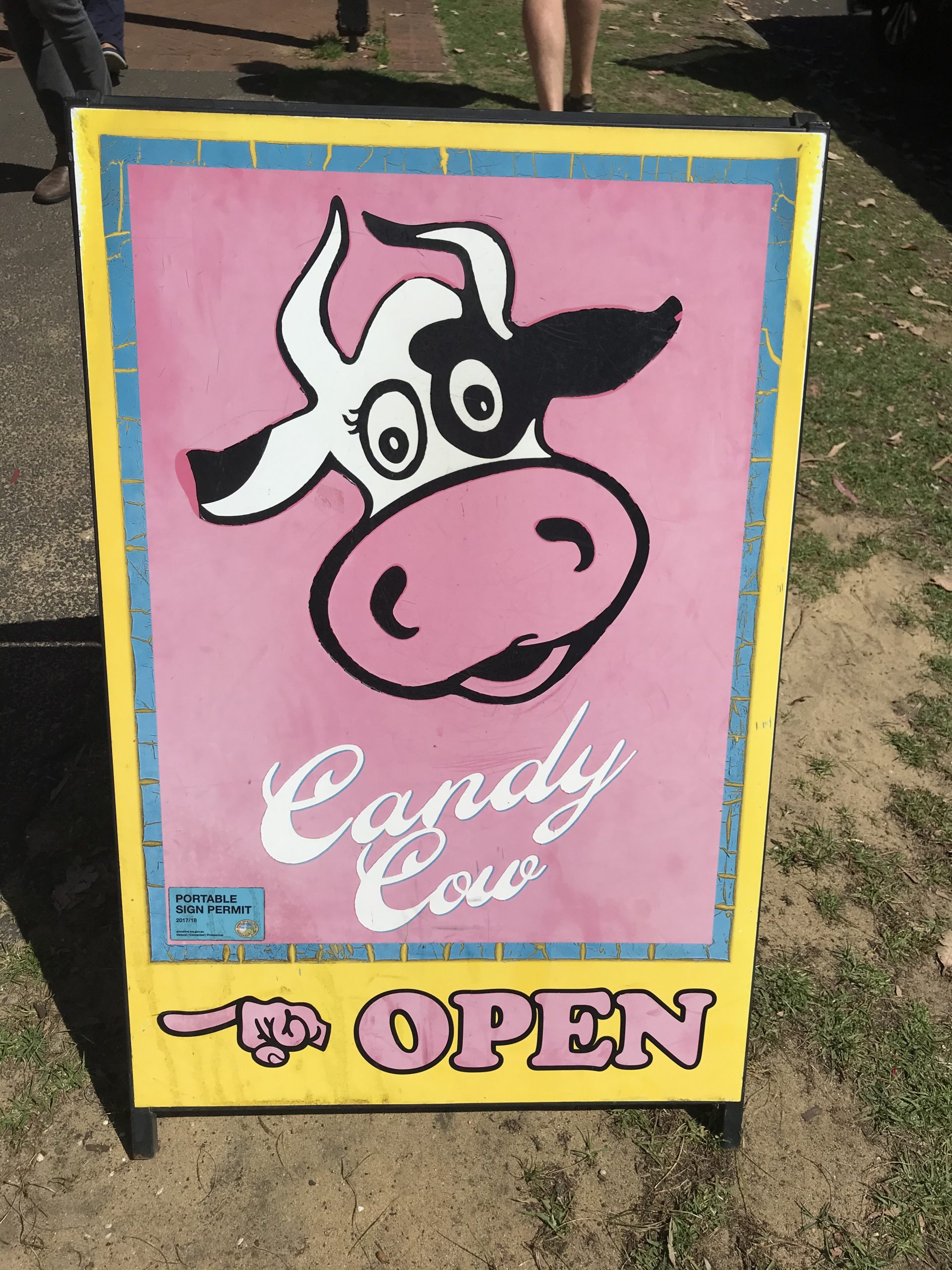 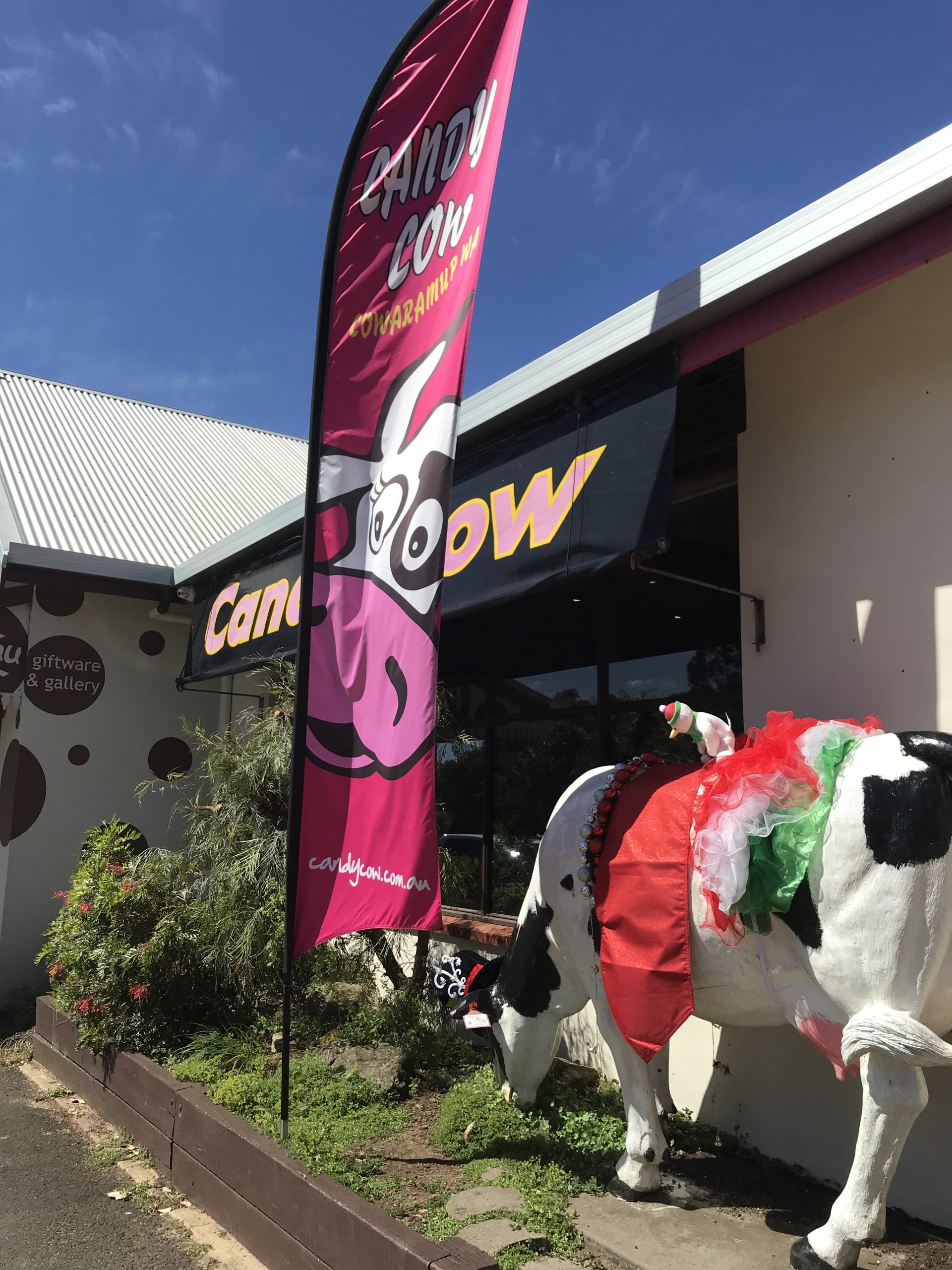 I love browsing the shops, and tasting local gourmet food. I always pop into the Candy Cow and taste their latest fudge and nougat. Mukau Giftware and Gallery is a great place to buy presents.

Each July, the annual Deja Moo Country Fair and Cow Rally is attended by hundreds of people dressed in cow onesies. In 2014, the town gained Guinness World Record status for the largest gathering of people dressed as cows – 1352 people! 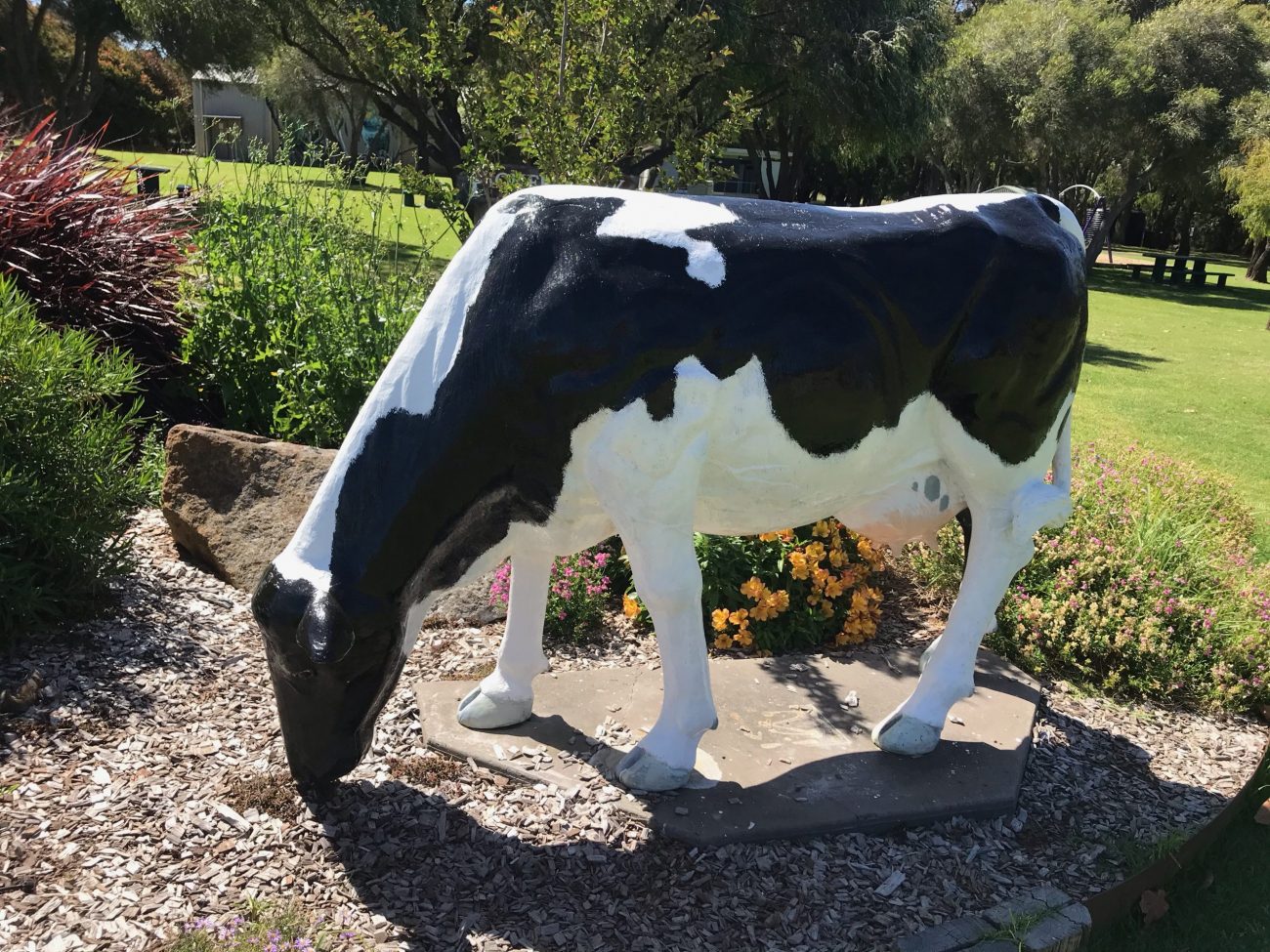 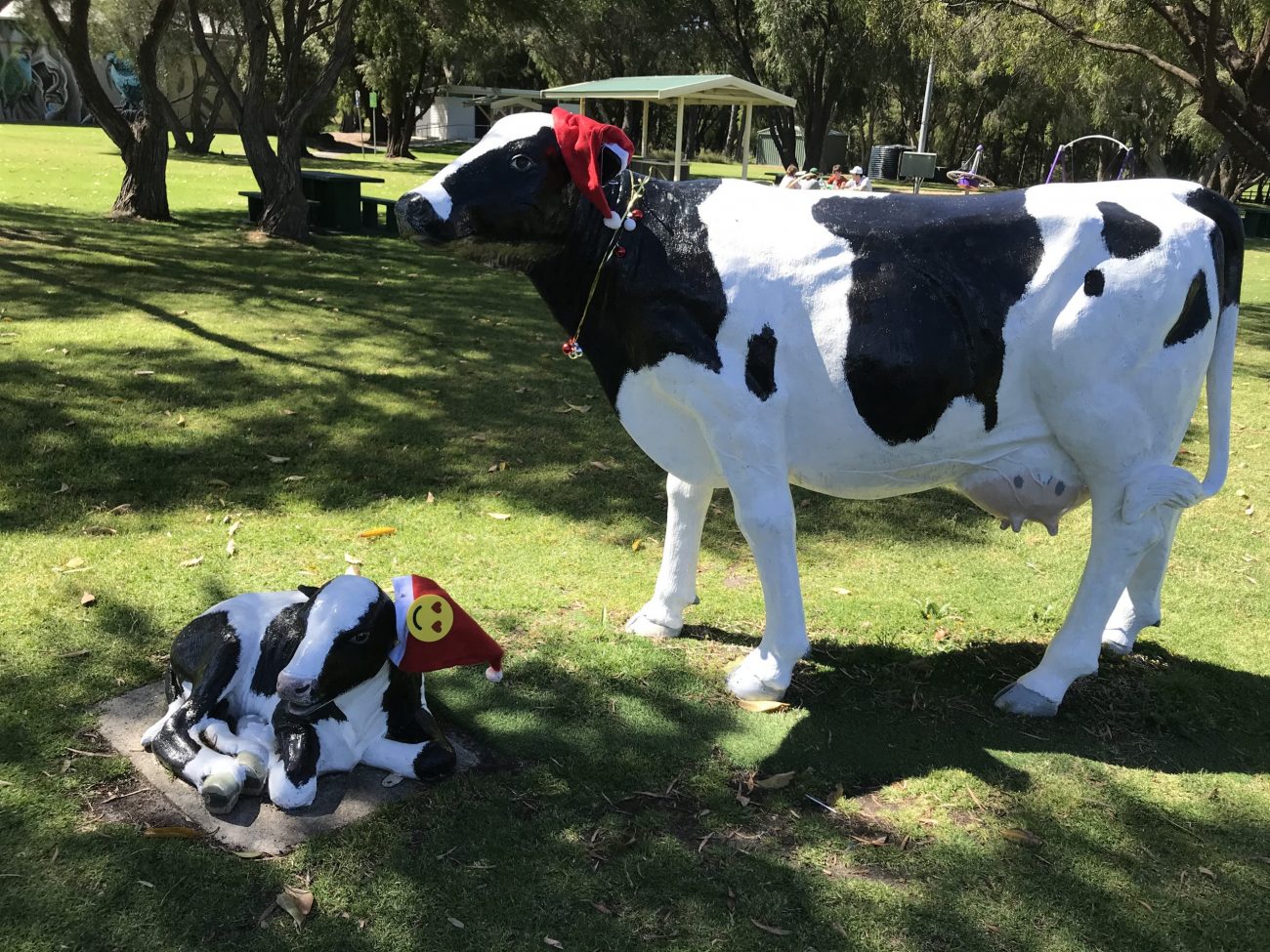 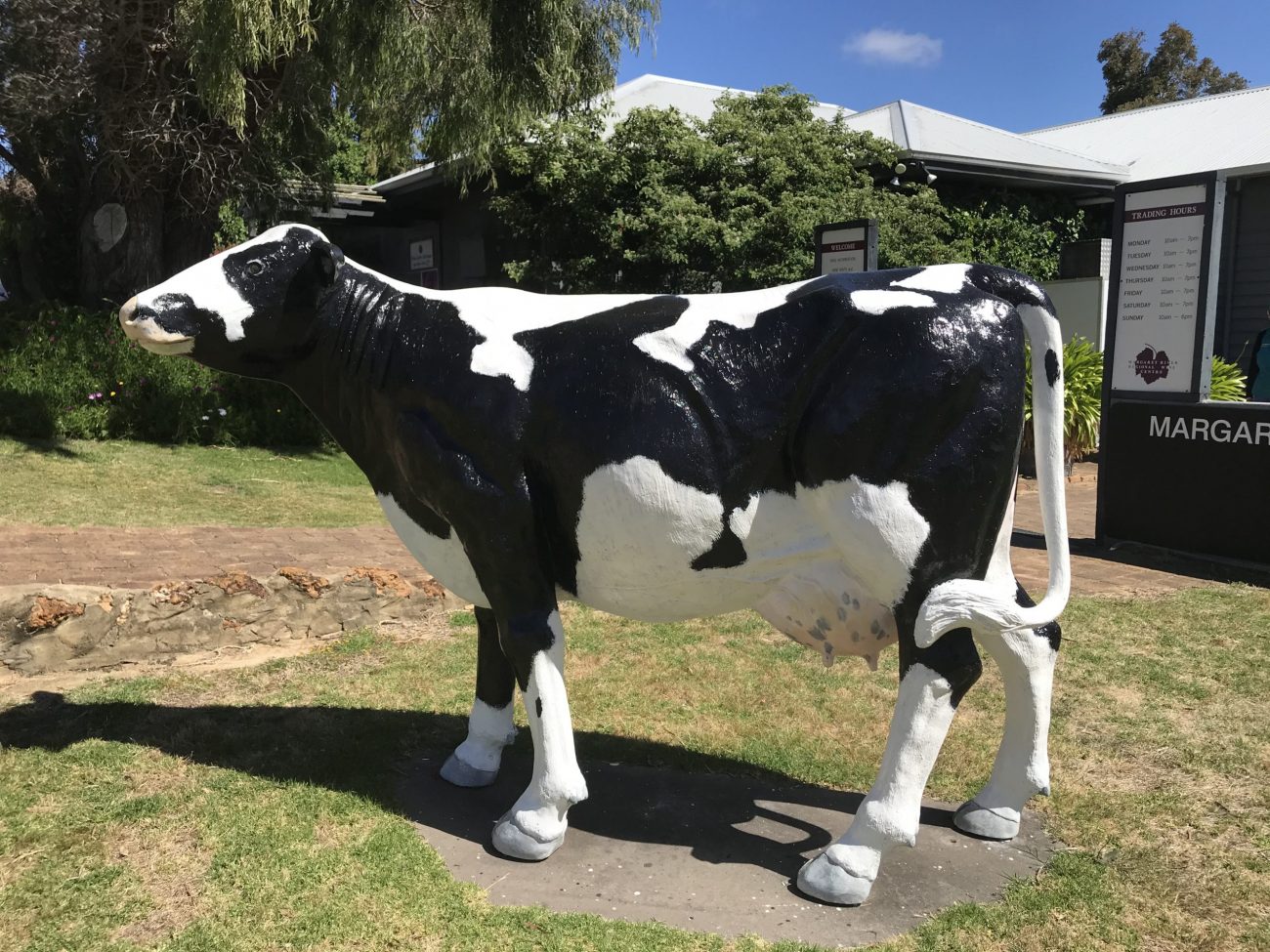 I recommend stopping in CowTown: relax and stroll through town. You can buy a cow onesie in the pharmacy; check out the cows, shops and cafes. And of course – always be nice to udders!