I carefully place the candle on the dividing wall between our townhouses. In the flickering light the shrubs cast shadows upon the footpath. Behind me, from the living room TV, the Last Post sounds.
It’s an Anzac day like none other in our memory. Earlier in the night, the rain arrived. I turned over, hearing it splattering on the roof and ricocheting down the drain pipe. But now the rain has gone. The street is silent. I open the front gate and look in both directions. Nobody else appears to be up.
Fifteen minutes later we are walking on South Terrace. Here there is action – a posse of cyclists, couples strolling, one or two family groups, and a stray jogger picking her way between those of us on the footpath. At the Wild Bakery, only a small queue. All smiles, as we collect our croissants and head home for a brew.
Normally, the crowds would be building up, as the dawn service asembly at the monument disbursed and sleepy folk went in search of caffeine and breakfast. But this is not normal. We all know it. It’s unspoken and yet there is a sort of strange satisfaction as we pass through the day. I take a quick snap of aircraft in formation as they zoom overhead. When I post this on WhatsApp, my friend in Walker Street comes back quickly with his own photo. They are social on that stretch – and exude a real sense of community. At dawn, residents had gathered with their candles. In the gloom, a lone bugler is silhouetted under the street lights. Another tender moment, replicated across the continent as citizens arose to make their own quiet tributes.
It’s now Monday. Last night our Premier announced an easing of restrictions. At South Beach this morning it was clear his message had got through – and some! Around the café, the swimmers and dog walkers and bike people congregated in groups – physical distancing increasingly elastic. A similar story at the Third Wheel. We looked at one another as we drove home, pondering whether complacency had set in. ‘If it’s like this here’, said my wife, ‘What’s happening north of the river?’
We chose not to think too hard about that. Only a few days ago, the people of Western Australia were being congratulated on their efforts. Now there may be a sense of relief – an easing of pressure. But we are conscious it can go too far, although it may be a tad more difficult to put the lid back on the community kettle if the virus erupts again. 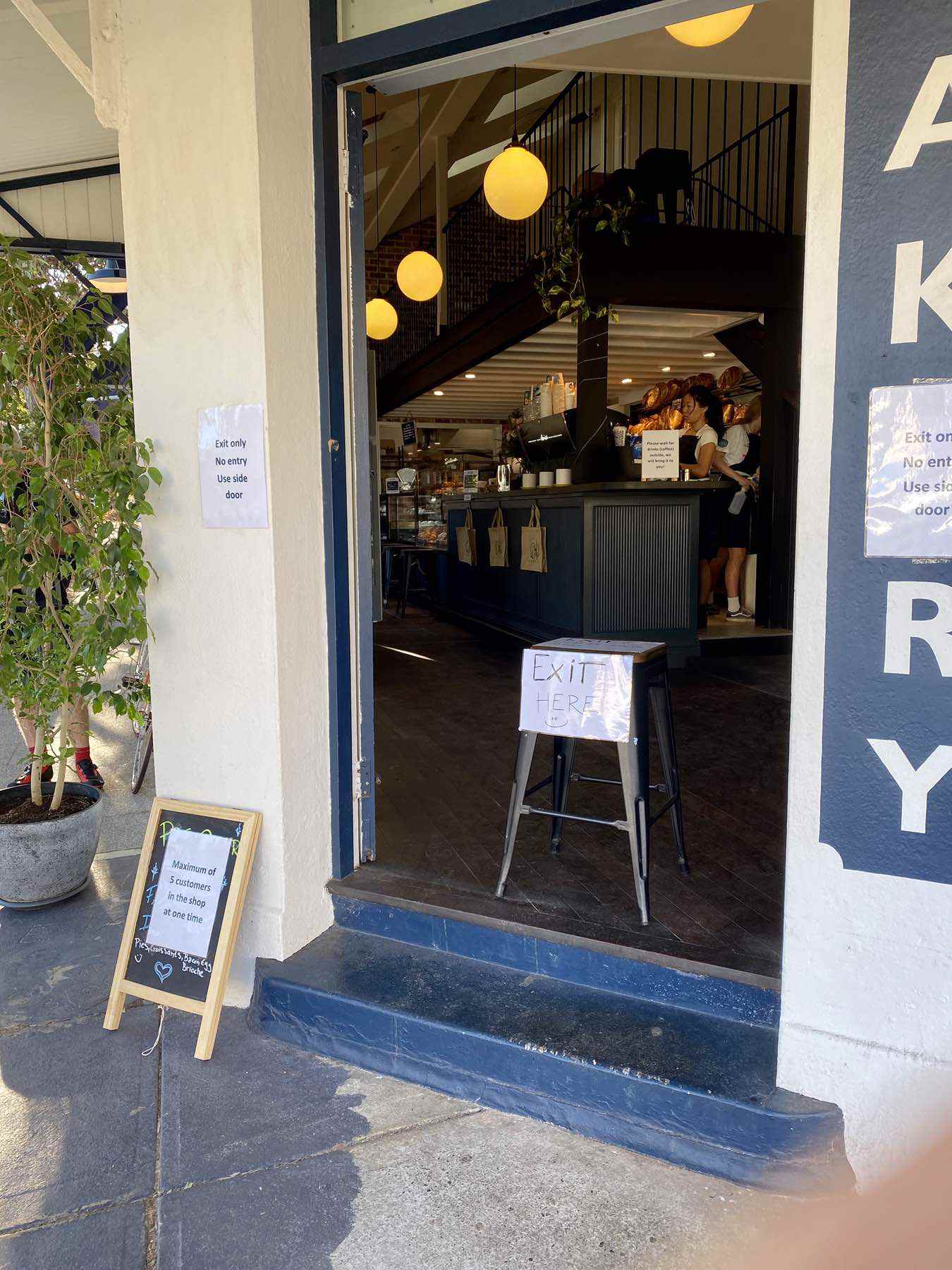 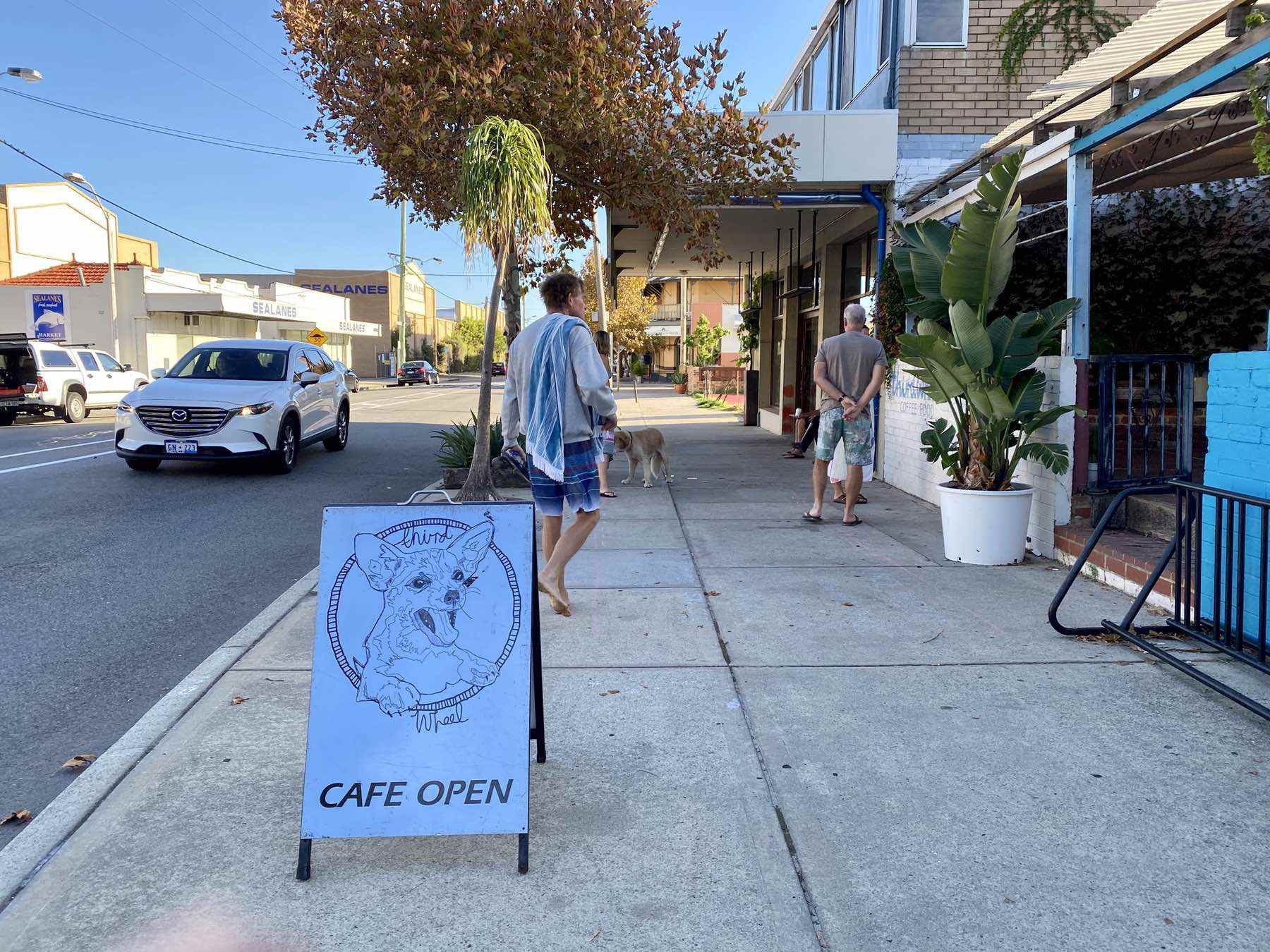 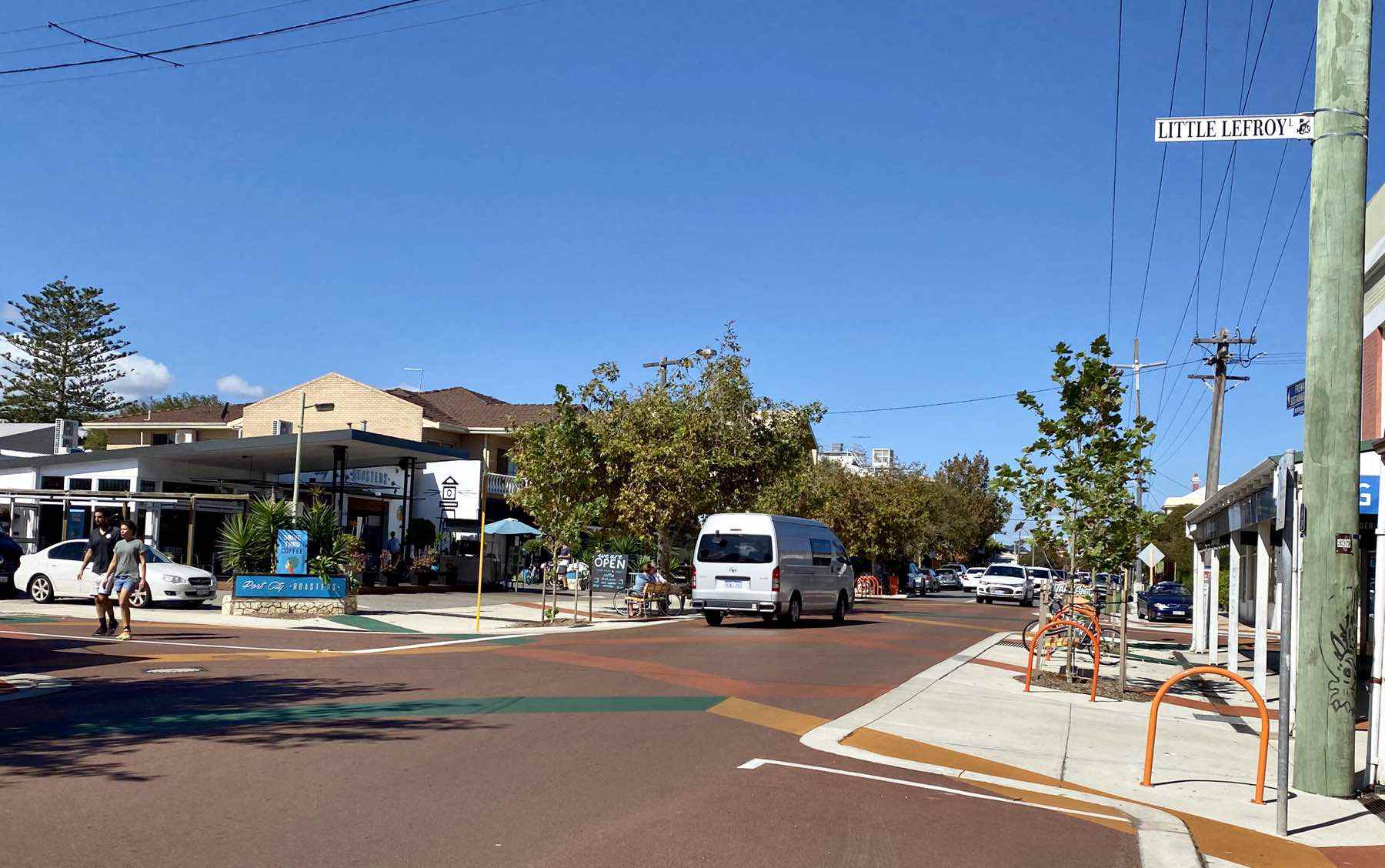 Among our friends, there has been much talk about possible positive effects. Nobody seems to miss the traffic or the compulsion to go shopping. And those who still have jobs find themselves wondering where the stress has gone. Somehow, working from home isn’t too bad – and not having to commute for a couple of hours every day is a welcome bonus.
Of course, we’re talking here about a protected species – those of us retired and those of us still employed. The wider world is a different story and we know there will be trials and tribulations ahead. Yet, as I ambled around one of our regular neighbourhood circuits this afternoon, I thought about the potential to recalibrate our lives. Already the virus is being referred to as a ‘once in a 100 year event’. This is a neat description as it harks back to the Spanish flu pandemic that was so devastating in the aftermath of World War I. Back then, countless millions died and Australia was not spared. Every extended family suffered casualties – either from the war or the disease or both. And the deprivations they suffered were incomparable to the intrusions we are now experiencing. So, as the saying goes, everything is relative. 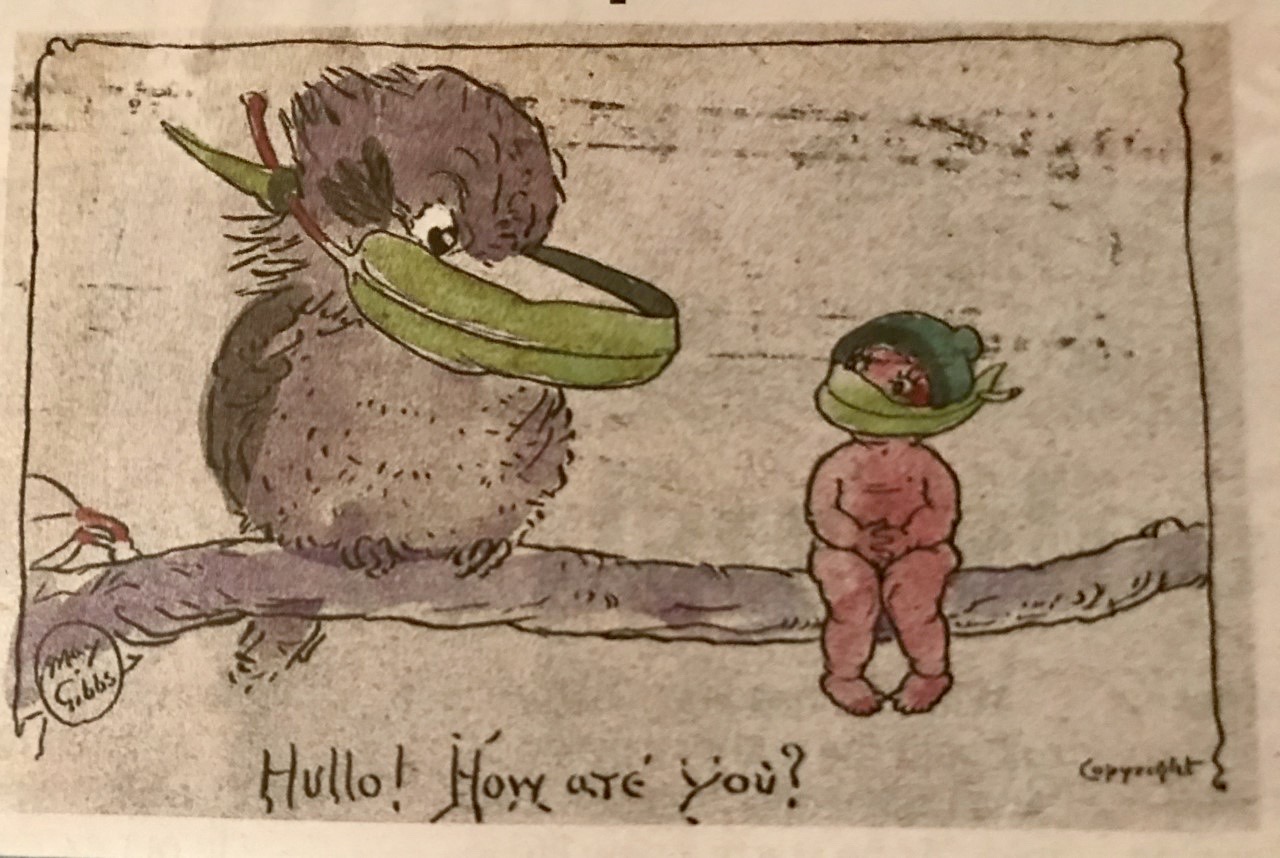 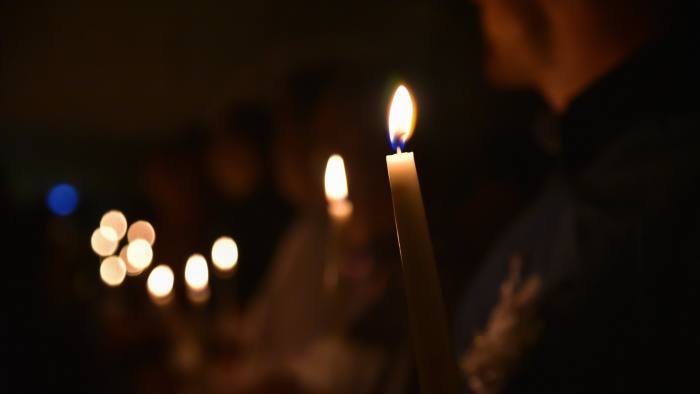 As I walked down South Terrace, past empty cafés and restaurants, I thought about the world to which we will return when this pandemic is behind us. The world where material, career, and social success have been hallmarks of happiness – and yet, these aspirations have often lacked a depth of meaning even while we sought them. Perhaps the unseen and deadly bug that has affected lives everywhere – and ended many – will be a wake-up call – not the sombre, heartrending  notes of an Anzac Day bugler but a kind of ‘New Post’, with positive echoes both locally and globally. It’s too soon to tell whether lasting behavioural change will result and whether competing ideologies can find better ways to cooperate. But, as many commentators have begun to put forward, it will be a changed world – and a time of opportunity.
When I was a boy growing up in Subiaco, my father dressed up and wore his medals and marched every Anzac Day. Like so many of his generation, he spoke little about the war but his experiences were embedded – as were the experiences of others who served and those who kept the home fires burning. They were severely tested, each and every one, and their post-war resilience, work ethic, and dreams gave rise to the affluence we baby-boomer children and grandchildren now enjoy. In my rebellious youth – with the Vietnam War raging – I was not a big fan of Anzac Day. Somehow it was equated with militarism and countries fighting over God-knows-what. But, as the years passed, my sense of appreciation deepened – not for any displays of nationalistic jingoism – but for the recognition of the sacrifices made, and the impact upon the generations who lived through these periods.
Today, there is a virus impacting upon humankind. But, at least where most of us live, no planes fly overhead dropping bombs, young uniformed men are not shooting at one another, and wives and mothers are not waiting for a dreaded telegram. It’s a different and better world and gratitude is called for. We are being asked to show patience and creativity, and there is plenty of evidence this shines through. When I see the local library still manages to drop books at my front door, I shake my head in wonder. When I see neighbours helping each other out, my heart warms. When I see the respect most people show while outdoors or shopping, I get the message we care about one another. And when I flick on the television and see the musical tributes and community appreciation for nurses and doctors and others on the front line, I reckon homo sapiens may have a chance.
My little candle on the wall has gone out. The light, however, remains.
Share this
Related Articles