The Clipper Round the World 2017-18 racers have arrived in Freo. How come, you might ask, what’s this all about? Well, it’s like this.

Sir Robin Knox-Johnston was the first man to sail single-handed, non-stop around the world. This was in 1969. Folklore has it that, after a conversation with a friend who had climbed Mt Everest several times, Sir Robin was inspired to find the sailing equivalent of climbing Mt Everest and thus provide a unique adventure opportunity for aspiring amateur sailors.

The first race was in 1996, since then it has been held every two years with the identical boats completing four tours before being retired. The current 70 footers are on their third tour.

The 2017-18 event began in Liverpool UK and comprises 13 legs with the Australian stopovers being Fremantle, Sydney, Hobart and Whitsundays. Most boats arrived in Freo on 25 November and they will leave on 2 December; not long to complete the maintenance (including a very necessary ‘deep clean’ of the living quarters), revictual and change over some of the crew.

Overall in this event there are 12 professional skippers, 712 amateur crew members ranging in age from 18 to 76 and representing 41 nationalities. Their motivation is the quest for adventure and Clipper Round the World is not for the faint hearted as boats and lives have been lost. One of the twelve boats was lost by running aground early in the Cape Town to Fremantle leg. Fortunately there were no injuries.

Your faint hearted Shipping News reporter was privileged to join one of the boats, Sanya Serenity Coast – skippered during the race by Wendy Tuck, an Aussie from Sydney, one of two non-Brit skippers, and the only female skipper – for an afternoon sail on Gage Roads. Awe inspiring is the adjective which comes to mind. These boats are big, powerful and fast technological wonders designed for the latitudes we know as the roaring forties in the Southern Ocean.

The crew members are awe inspiring too. They endure living conditions scarcely better than those experienced by the crew of the Duyfken crews 400 years earlier. Twenty people are cramped into a tiny space together with all the necessary gear. They ‘hot bunk’ (not at the same time!) in something resembling a coffin, damp with condensation dripping down the walls and from the deck above, and there are no washing facilities and probably not even a change of clothes for twenty cold, wet and tiring days. There are however two warm meals a day.

Each crew member completes a four week training programme. Three weeks can be in Sydney but the last must be in the UK aboard the yachts. Interestingly, crew can nominate for specialist roles too, and receive extra training, as bosun, sail maker, navigator, team coordinator, stopover manager, media, social secretary, victualler, engineer or medic.

According to one sailor, who shall remain anonymous, the biggest problems on board are not with the boat or equipment but with strong personalities.

The afternoon sail was aboard Sanya Serenity Coast. Sanya is a southern Chinese city seeking to boost tourism and become a sailing hub.

Out on Gage Roads the sea was flat and the wind moderate. Just perfect. The boat slipped along past a whale – which must have been lost – and an oil rig on its way down from Singapore – which was not lost. The temperature was balmy and fatigue not a factor. The crew did the work and, as visitors, all we had to do was enjoy the open air, or take the wheel for a spell. Now that is sailing!

Thanks to the crew of Sanya Serenity Coast, and the Clipper Round the World race people, for a magical afternoon off Freo; and the best of luck to all crews for what lies ahead in the 2017-18 race. 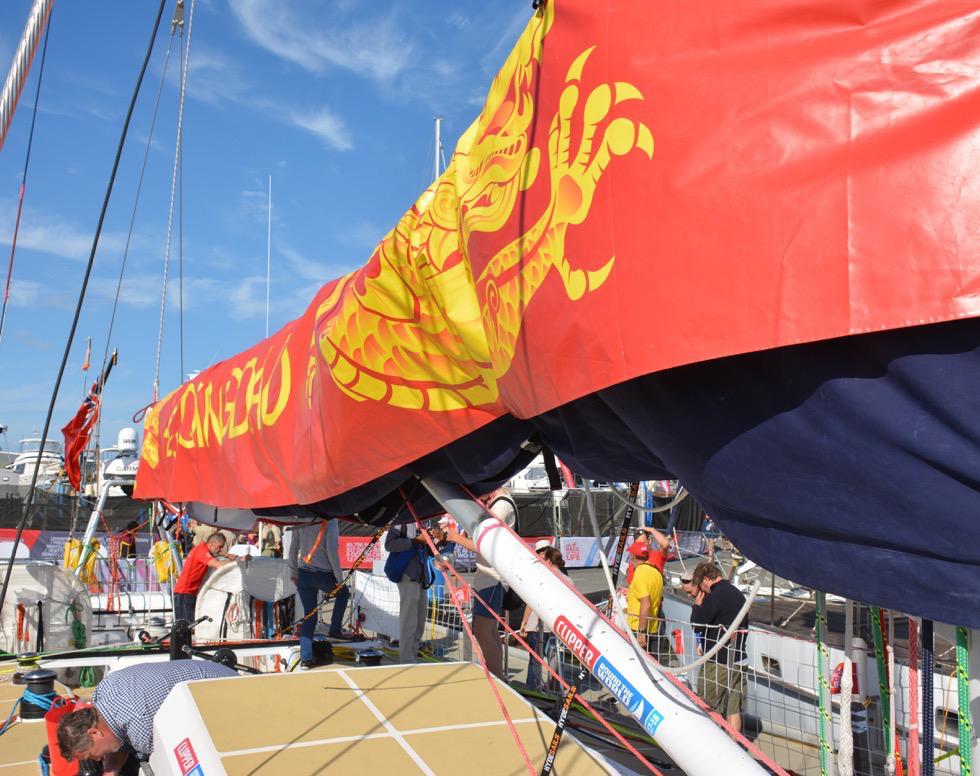 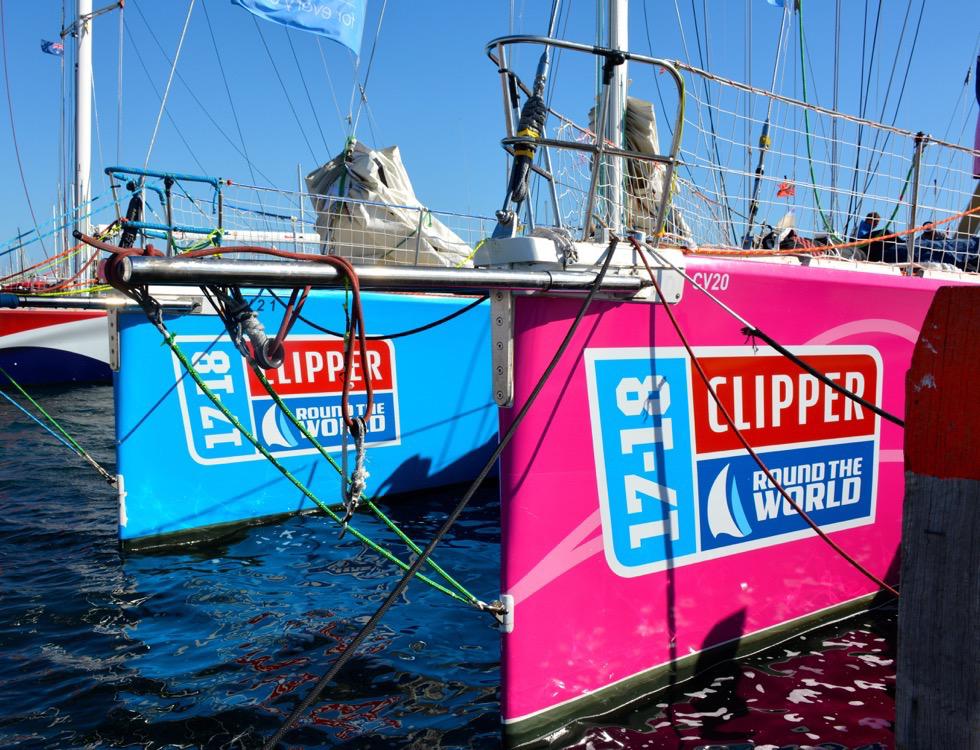 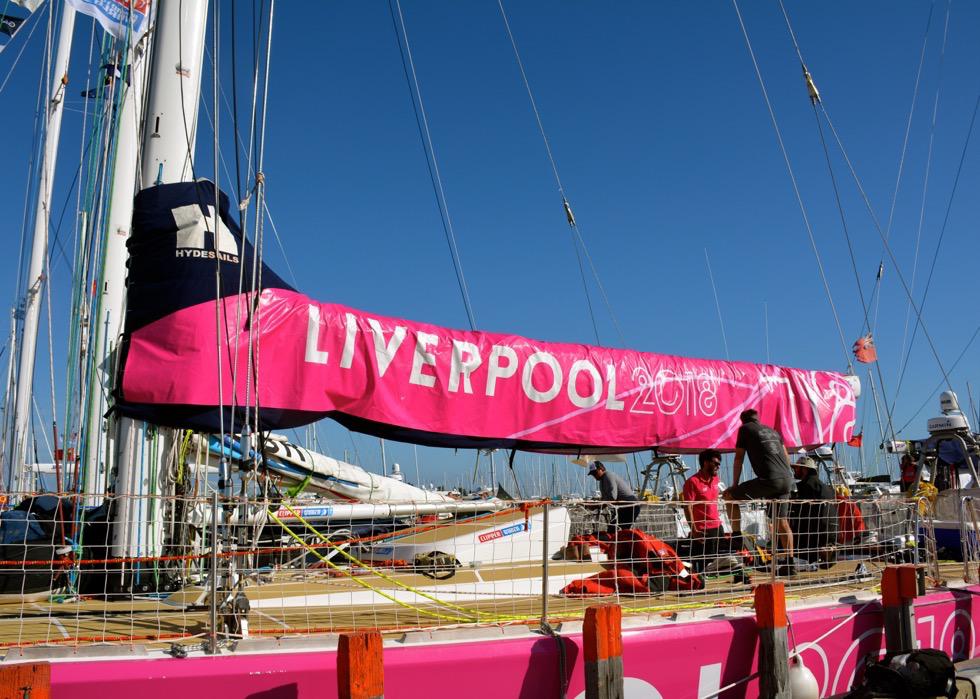 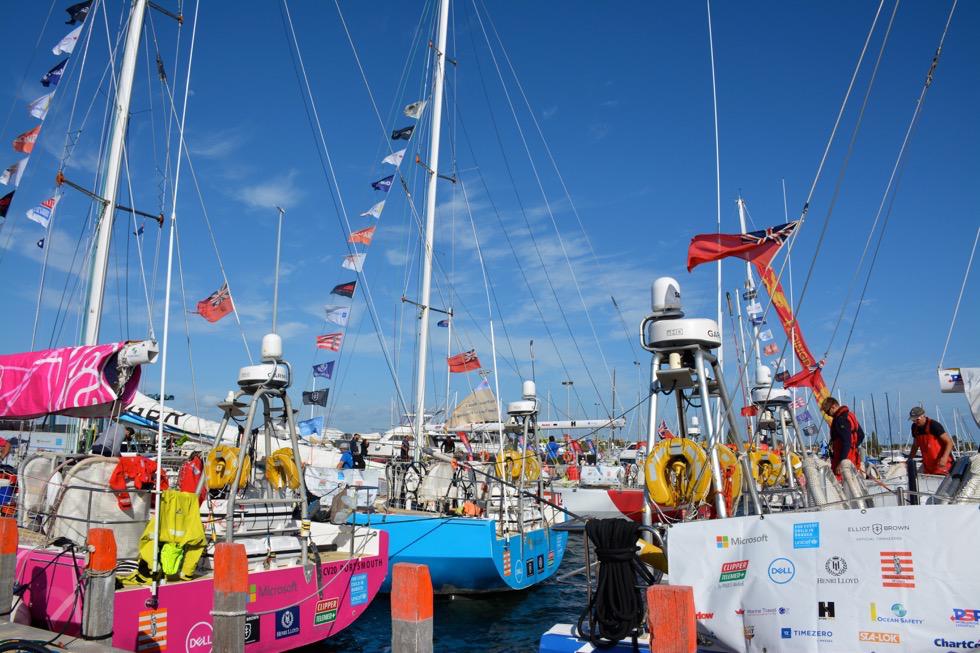 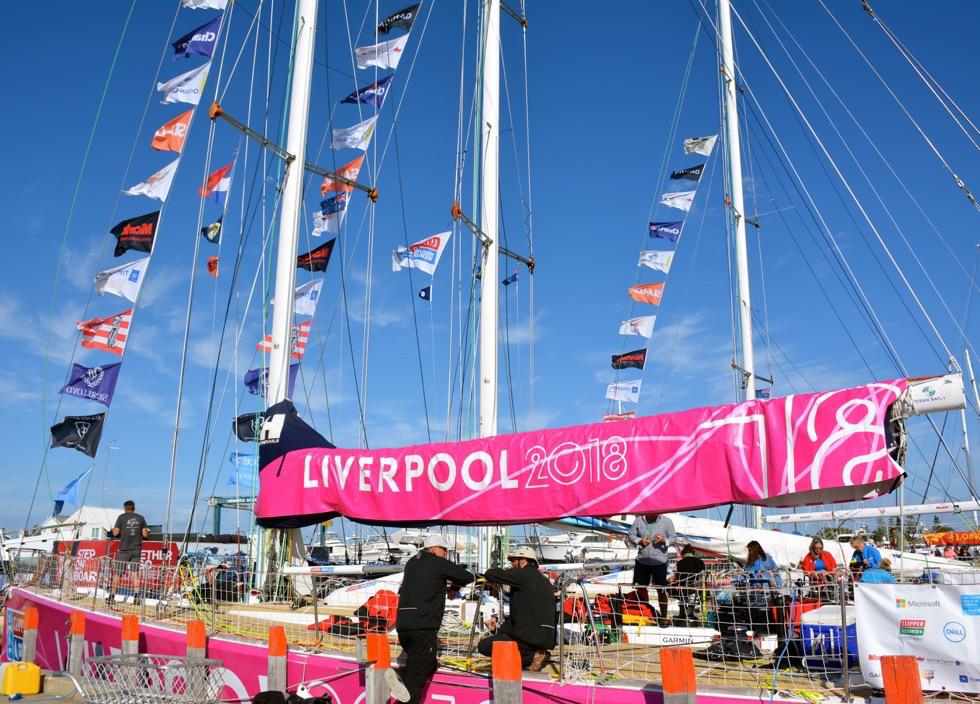 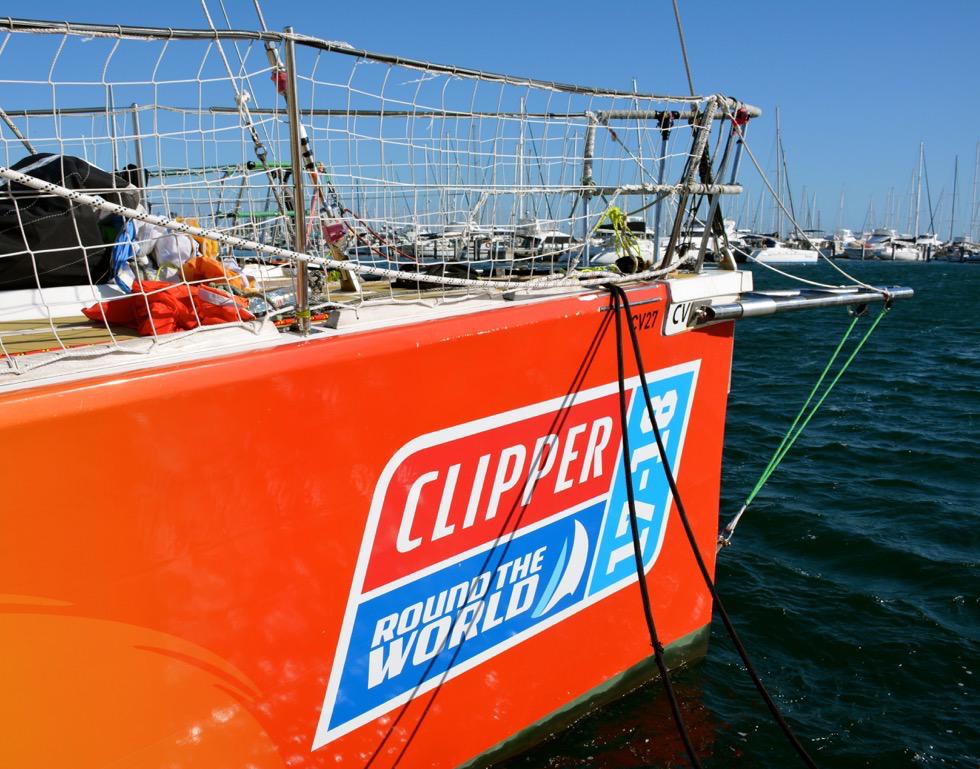 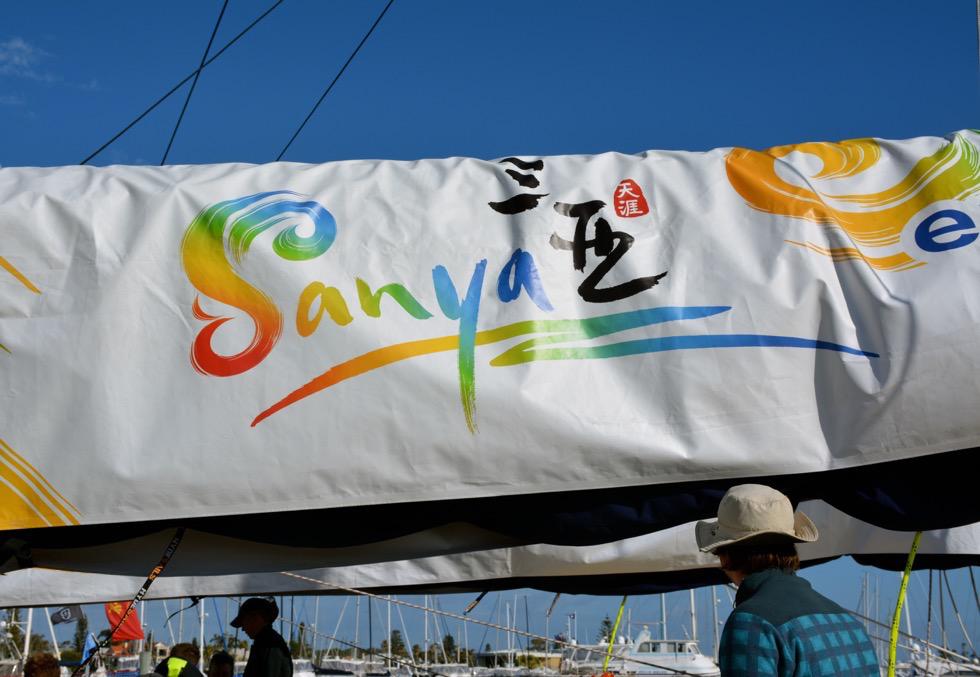 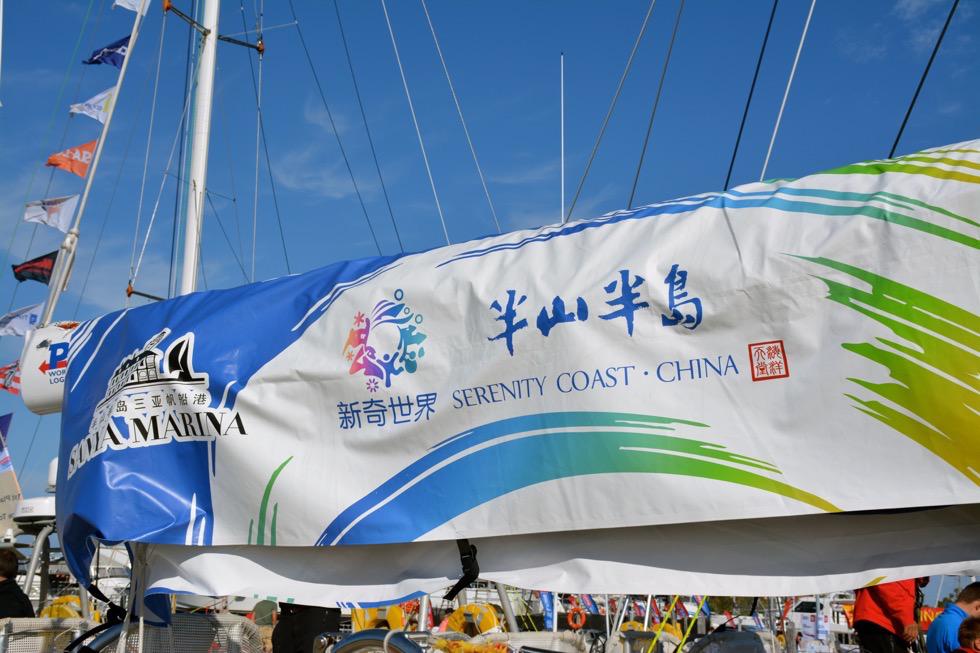 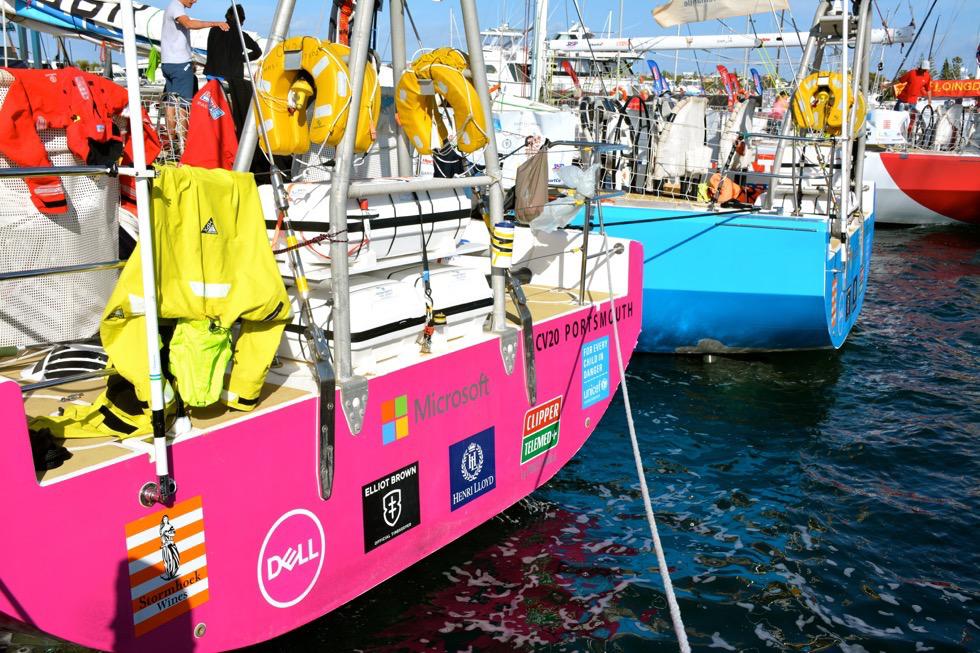 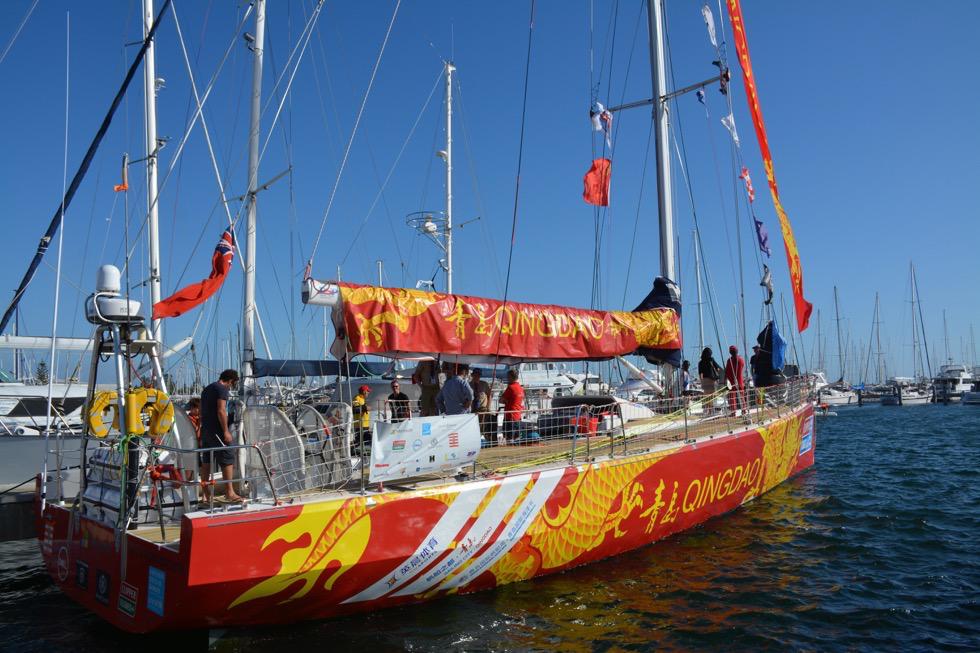 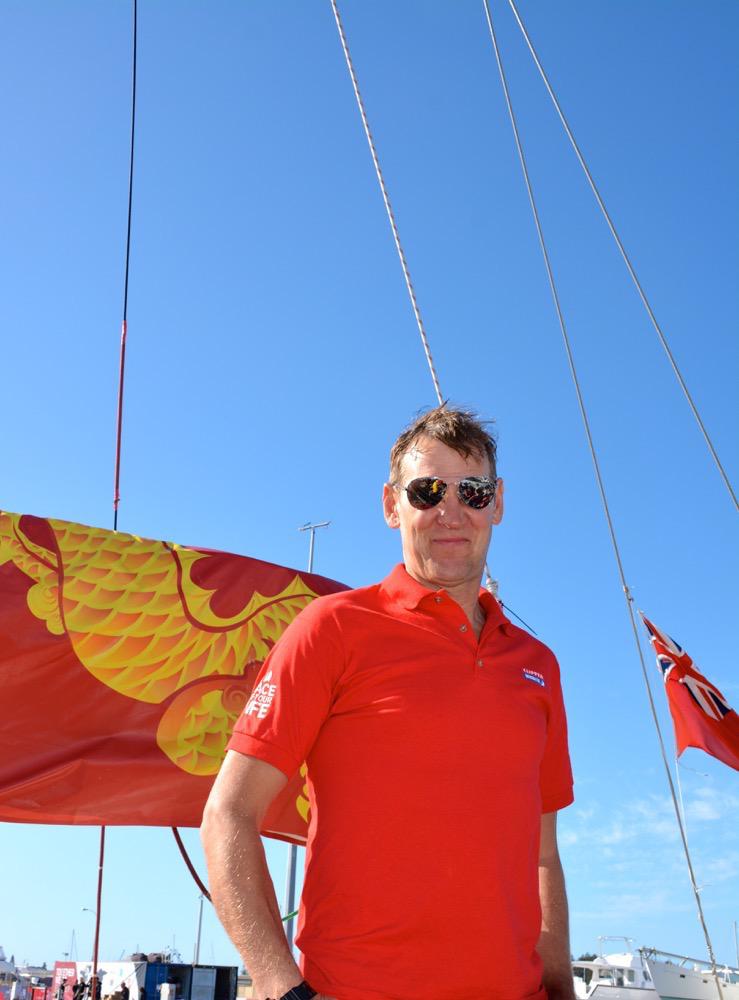 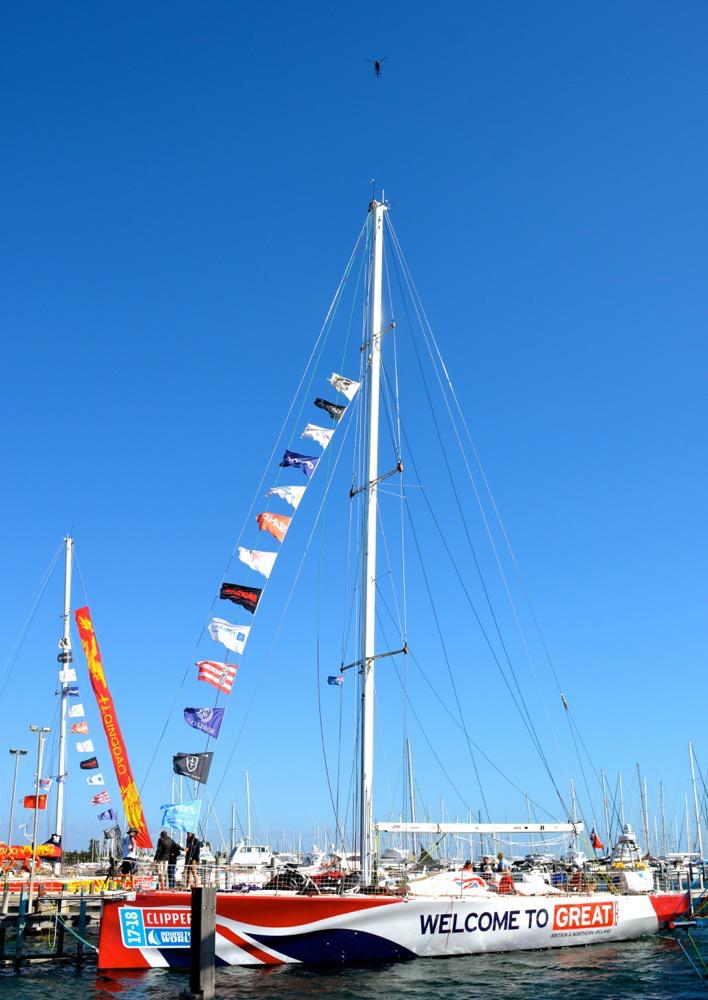 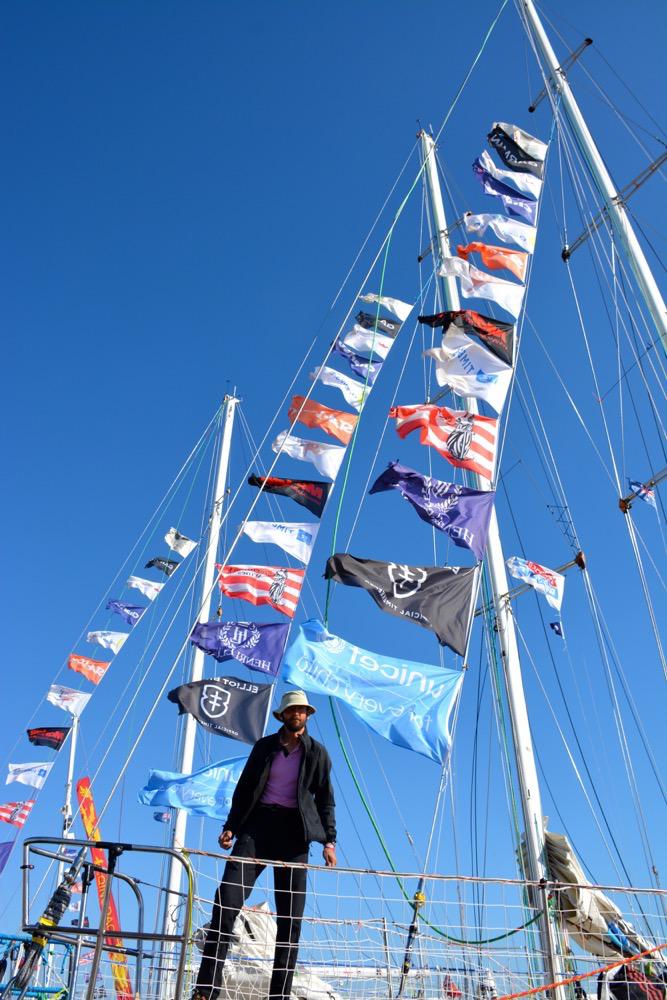 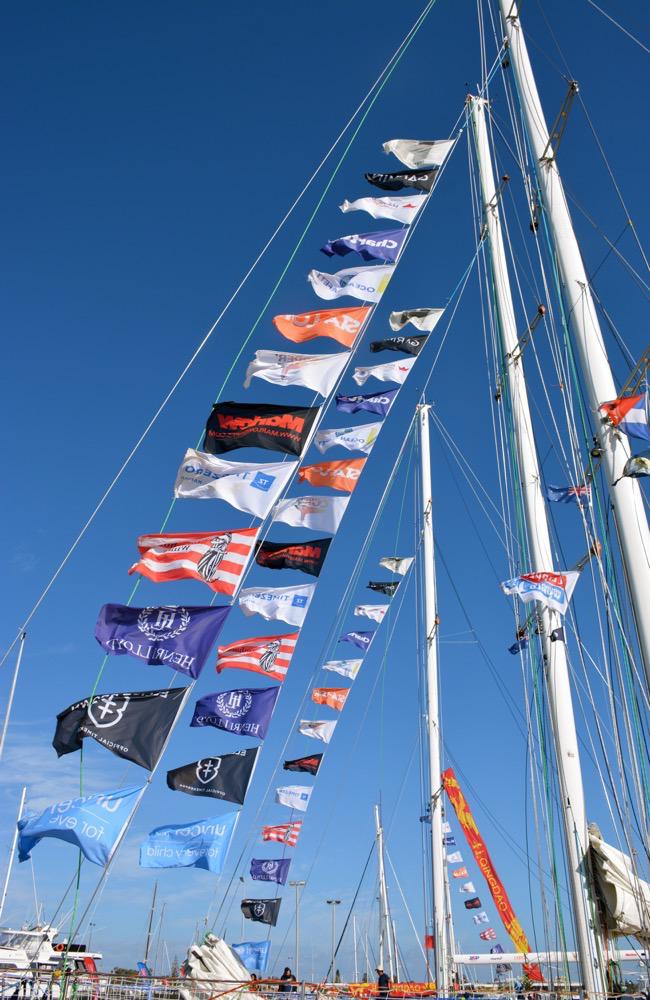 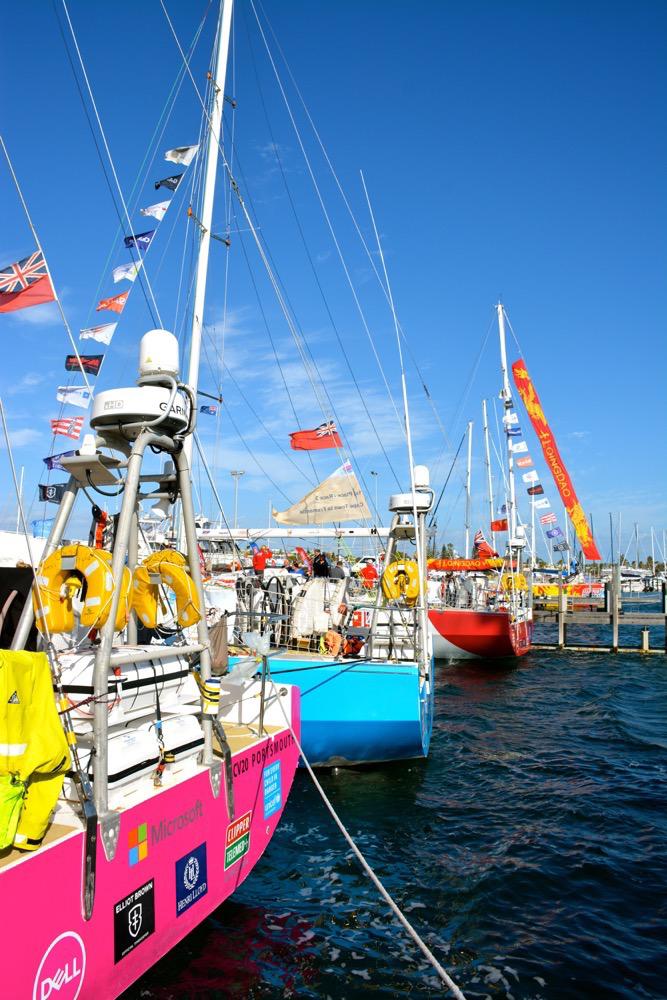 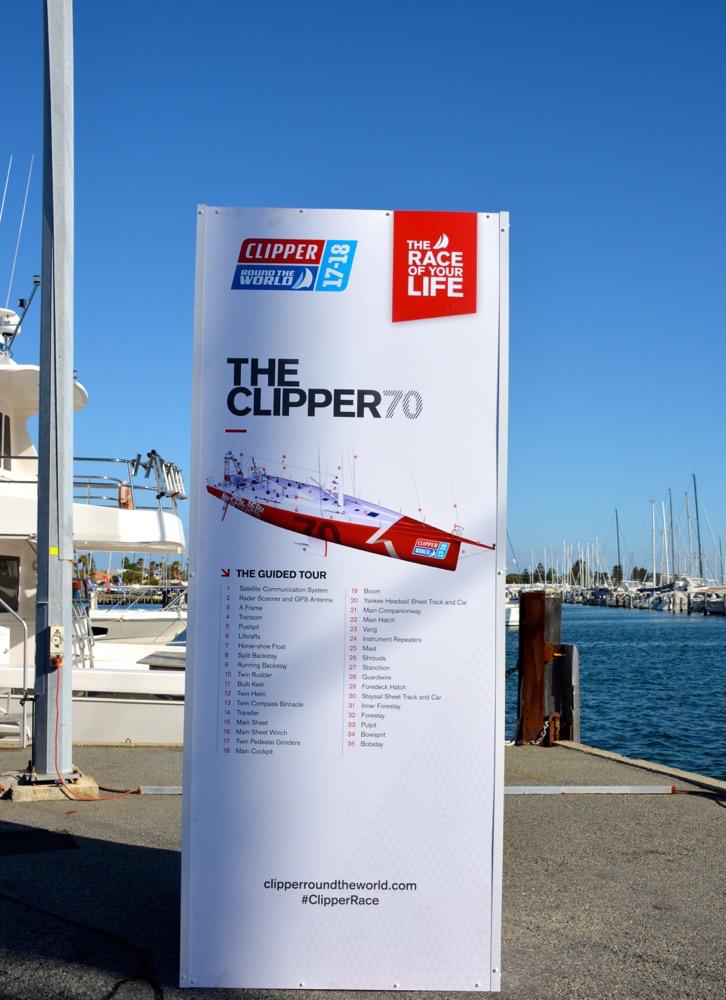 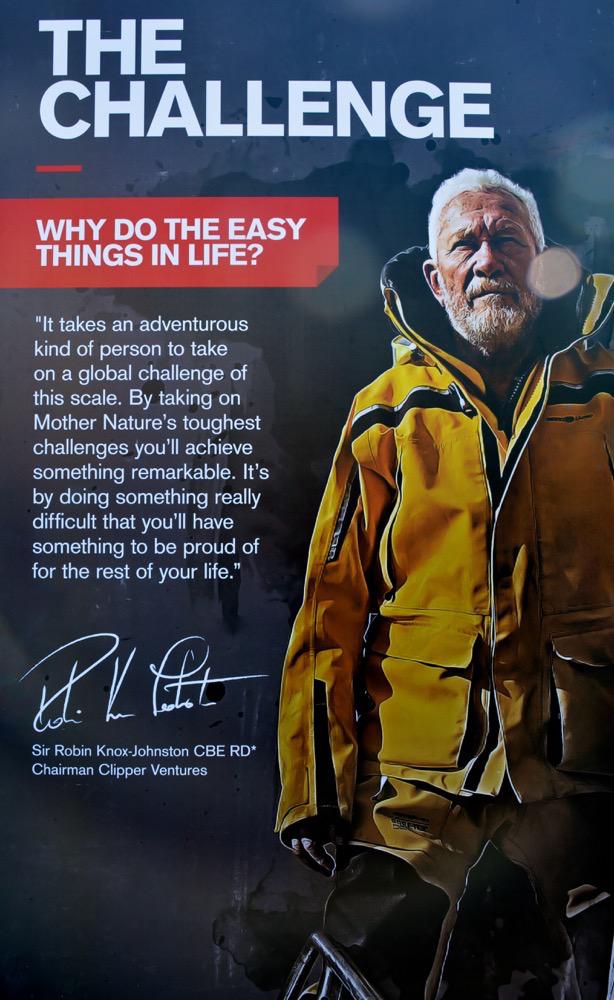 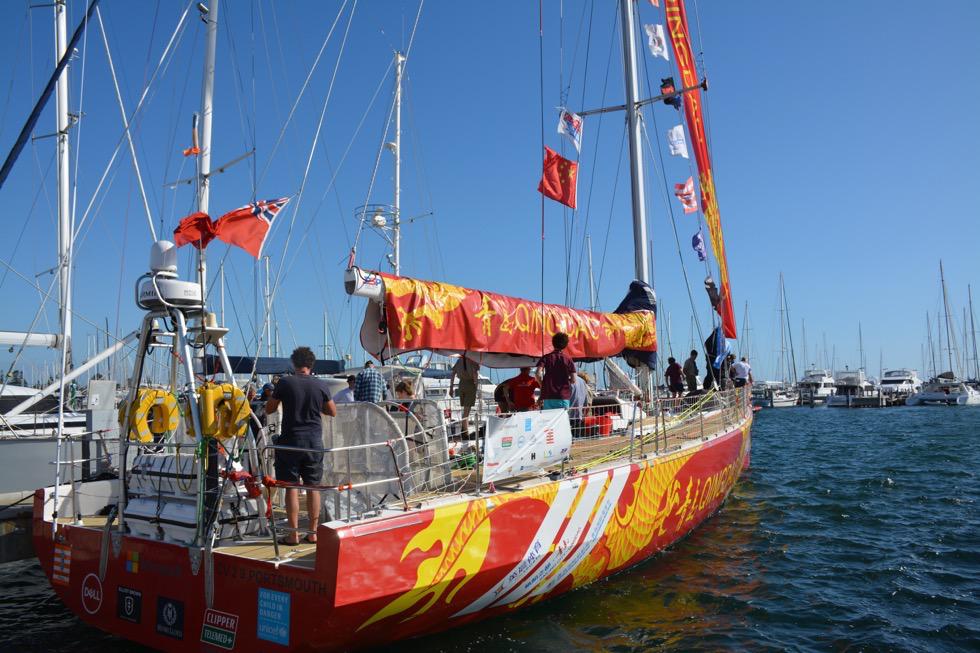