Home 2017 May 25 Writing the WA wheatbelt, a place of radical environmental change

Writing the WA wheatbelt, a place of radical environmental change

This article was recently published in The Conversation.  We republish it here in accordance with The Conversation’s free flow of information policy, which FSN also subscribes to.

What can creative literature tell us about radical environmental change? Most people accept that literature can be closely connected to places. Whether it is Dickens’s London or Hardy’s Wessex, we also accept that imaginative works deliver something about the nature of place that does not necessarily come to us by any other means.

How then does this work in Australia? I have spent the past decade writing a literary history of the Western Australian wheatbelt and have sought in various ways to answer this question.

What unites these works? Is it simply a quirk of fate that a sparsely populated hinterland in Australia’s most isolated state produces a body of literature that rivals in many ways the literary outputs of the great Australian metropolitan centres in Melbourne and Sydney?

For the answer to this question one has to understand the history of the WA wheatbelt. In two 30-year periods (1900-1930 and 1945-1975) an area of land roughly the size of Britain was stripped of its native vegetation for the production of grain and livestock. It is a crescent of land that begins just north of Geraldton on the west coast and sweeps south and east to Esperance on the south coast.

When the Swan River Colony was founded in 1829, six years before Melbourne, it was with the intention of forming an agricultural colony of closely settled yeoman farmers, who would own their own land and congregate in small, nicely spaced villages.

However, the antique soil of WA bore almost no resemblance to the fertile soils of recently glaciated northern Europe. Four to five more or less rainless months, where dry desert winds blow steadily across the vegetation was also an unprecedented challenge to farming methods learned in the British Isles. Lastly, there were almost no rivers to speak of, and permanent summer water was a rare commodity. 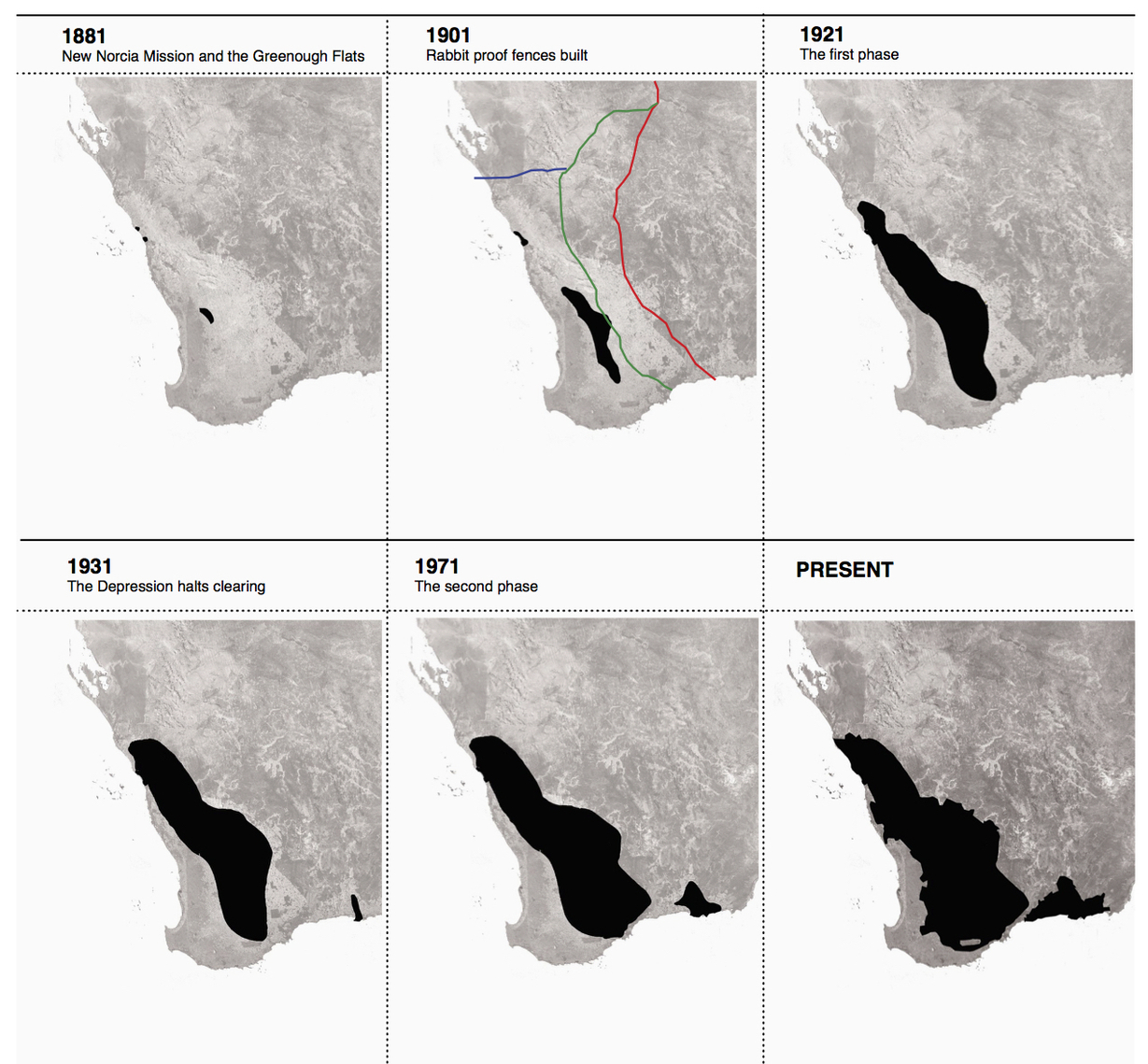 The clearing of the wheatbelt during the 20th century. 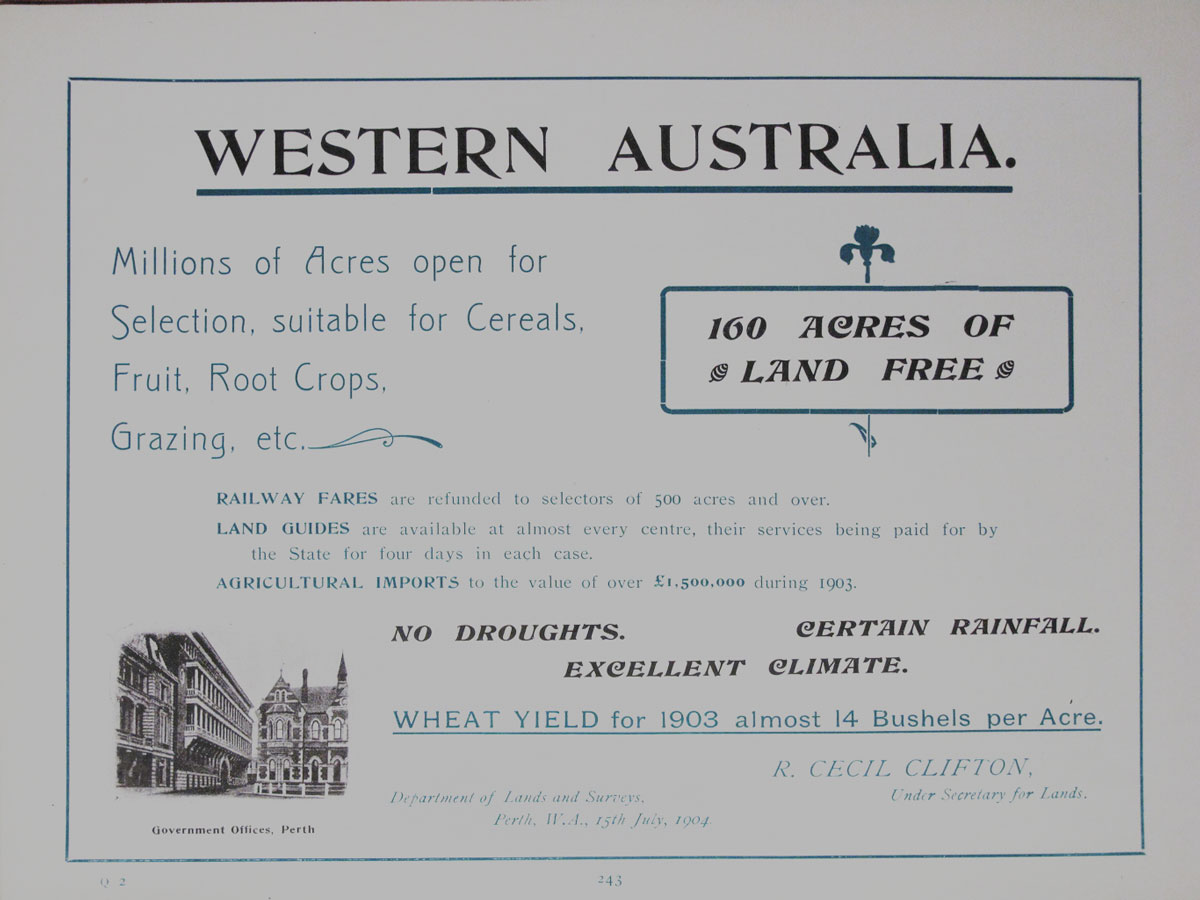 For all these reasons, the agricultural dream of WA remained largely unrealized. The game-changing event was the goldrush of the 1890s. The population of the colony trebled between 1889 and 1896, from 44,000 to 138,000.

Knowing that the gold would be dug out before too long but wanting to capture this new cache of colonists, the colonial government passed the Homesteads Act in 1893 to parcel out land, and established an Agricultural Bank in 1894 to finance farmer-settlers. An army of land surveyors fanned out through the southwest and provisions for water, fertilizer and rail transit were quickly put into motion. Towns were gazetted, one-teacher schools popped up and WA took the lead in distance learning.

Albert Facey’s uncle Archie McCall had come over from South Australia to work the goldfields and was one of those who leapt at the land offer. Dorothy Hewett’s grandparents had made their money selling goods to diggers heading out to the goldfields at Kalgoorlie and Coolgardie and with this they purchased an extensive parcel of prime land at Yealering not far from McCall’s farm at Wickepin.

The animating vision of the wheatbelt was an amalgam of ideals. On the one hand, it appealed to the basic material prospect of upward mobility. In the late 19th and early 20th century, opportunities for advancement through education were not generally available.What we get in both of these very different writers is a distinct picture of the dream of the wheatbelt. It is this dream — a settler-colonial ideology of farming independence — that we see refracted through the wheatbelt writers all the way through the 20th century.

But the wheatbelt vision seemed even more deeply situated than this, offering itself as an antidote to the ills of modern city life. As the various states all moved to convert low-yield pastoral production to high-yield cash-cropping, there emerged a veritable ideology of wheat in the post-Federation years, and right through to the Depression.

C.J. Dennis joined the chorus in his bouncy ballad simply called Wheat from 1918:

An’ there’s little time for leisure,

It’s contentin’, in a measure, is the game of growin’
Wheat.

Dennis and others helped to drag crop-farming away from its associations with European peasant drudgery and into the noble task of nation-building and feeding the “bread-eating” (i.e. European or European-derived) countries of the world.

For Facey, even though his memoir was not published until 1981 (the year before he died), the dream of the wheatbelt and the ideology of wheat remain preserved as if in amber. The basic tasks of “clearing” the wheatbelt — particularly the regimes of annual burning and cutting — are remembered with particular pride by Facey.

Born a generation and a half later, Hewett grew up in a farm that was already in place. Although she left Lambton Downs (as it was dubbed) at the age of 11, Hewett’s writing returned again and again to the wheatbelt. Hewett’s wheatbelt had a mythic, gothic flavour in which the dream of it is present but often in inverted form. This wheatbelt is beset by a pernicious fatality and mired in the sexual miseries of her extended family.

Hewett deserves credit for being the first writer to take seriously the fact that the wheatbelt was built on land whose traditional owners had not disappeared but were still there, either impoverished in fringe-camps or incarcerated in government or church institutions. 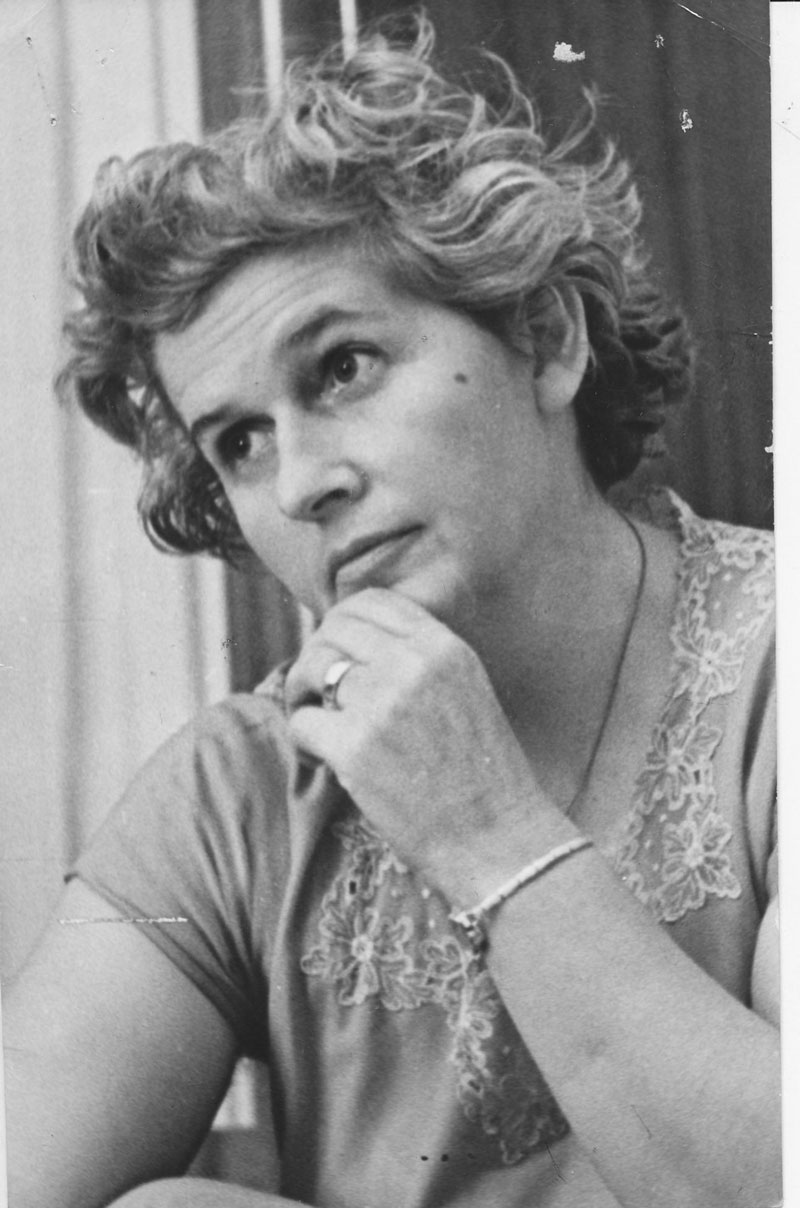 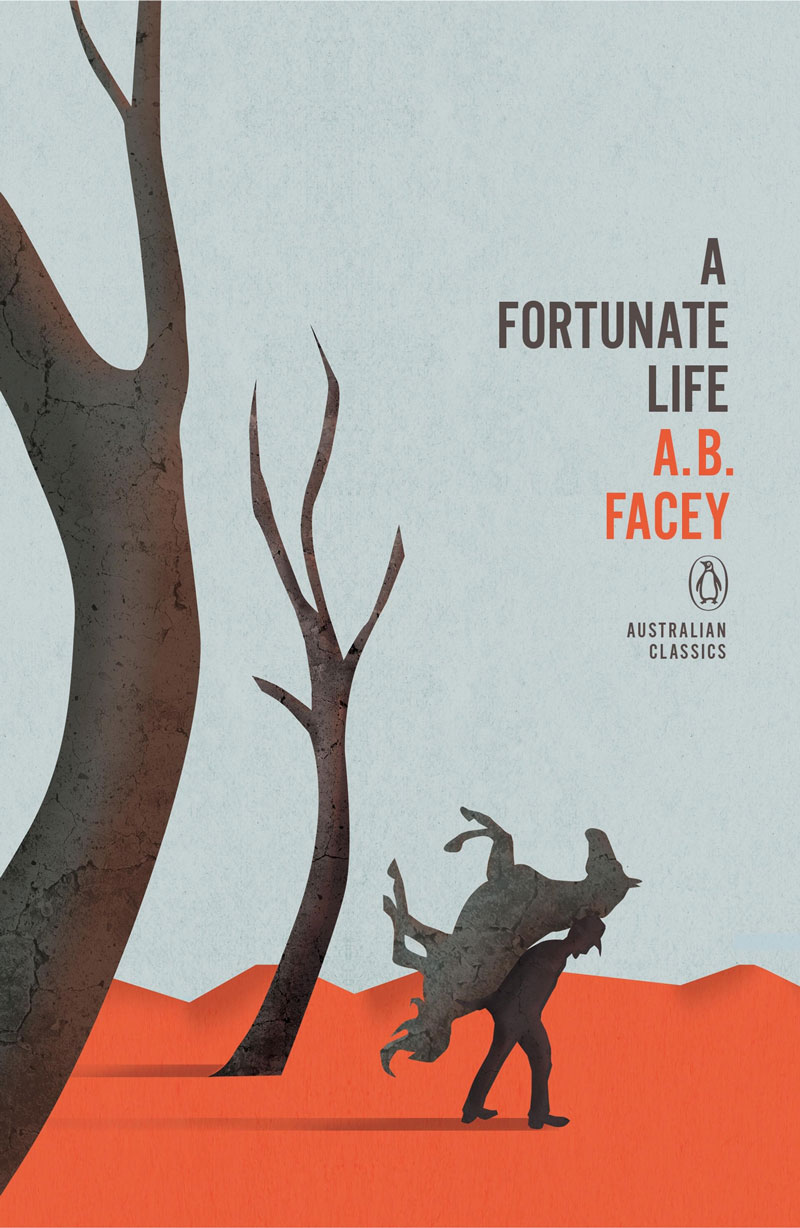 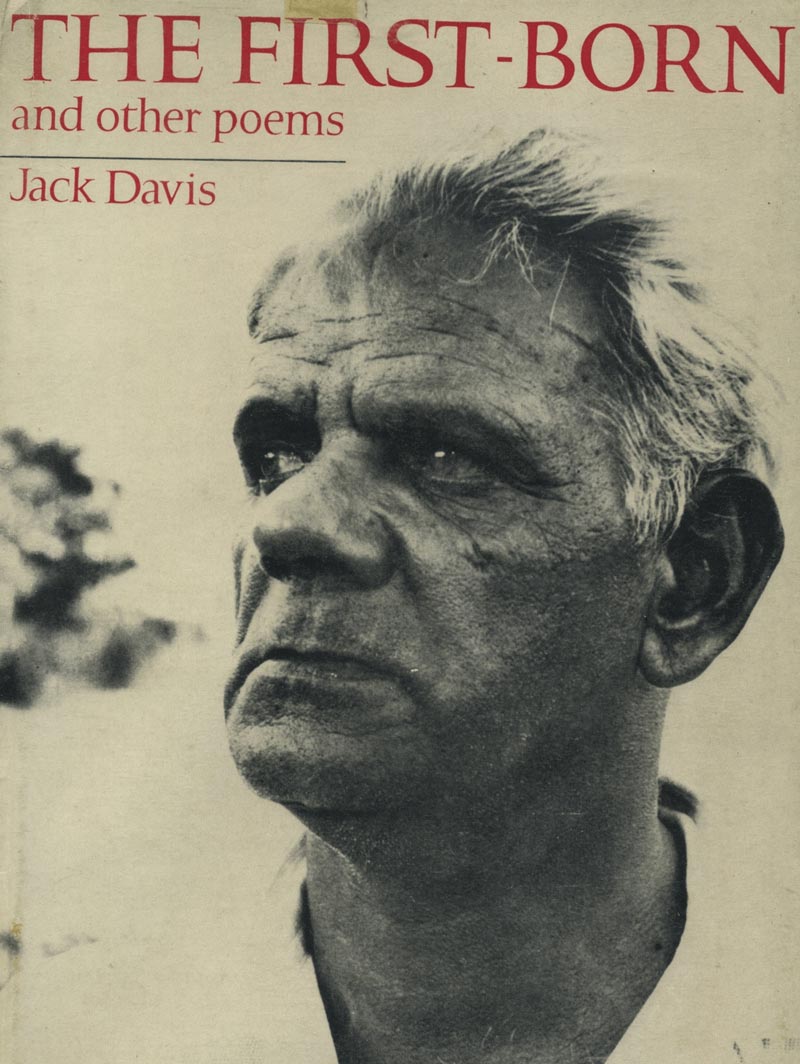 Jack Davis – The First Born and other poems

The other side of the farming frontier

But it was the emergence of Aboriginal writing in the generation politicized by the citizenship referendum that brought a powerful voice from the other side of the wheatbelt frontier. Jack Davis had spent time in the notorious Moore River Native Settlement on the edge of the mid-northern wheatbelt, and then (after the untimely death of his father), with relatives of his mother’s sister at the Brookton reserve in the Avon valley. There he did the usual itinerant work that Aboriginal families did in the wheatbelt’s early years — clearing, fencing, shearing, rabbiting.

The tragedy of the Noongar is shown in all its woeful extremity, but tempered by Davis’s astringent sense of humour—his black humour if you like. But really Jack Davis is writing about survival. His example has provided a platform for a writer like Kim Scott to foster new forms of Noongar creative re-emergence, and also new forms of penetrating critique.What Davis gives us in his poetry of the 1970s and the great plays of the 80s is a completely alternative vision of the wheatbelt. It doesn’t look like wheatbelt literature for the simple reason that it does not proceed either positively or negatively from the wheatbelt dream. Instead, it proceeds from Aboriginal presence in the land.

At the same time that a consciousness of Aboriginal dispossession began to force its way into the understanding of the wheatbelt, a much sharper sense of its ecological cost was also starting to emerge. Certainly, right through my literary history of the wheatbelt there was a realization that the waving fields of wheat were planted on lands stripped of their native ecosystems.

Everyone knew this because everyone spent a considerable part of each year toiling to clear the land. But the view tended to be that there was always more bush. Each bit of clearing was a merely local matter. Likewise, as rising salinity became directly associated with the clearing of native perennial vegetation, it was repeatedly explained away as a small, local, confined phenomenon.

But in the writing of Peter Cowan and that of the naturalist, Barbara York Main, the full picture of environmental destruction began to appear without the customary euphemism. It would be wrong to say that public opinion, particularly in the wheatbelt, changed decisively in the 1960s or even the 1970s. The cart-blanche denial, however, of environmental value — that the natural world of the wheatbelt had a value — became harder and harder to maintain.

Of these, it has been Kinsella who has proved to be both durable and prolific. His poems, stories and other writings specify a wheatbelt that exists in strange cross-currents of science, tradition and avarice. The natural world is prised out of its familiar romantic categories and, in his remarkable work, exists in eerie counterpoise to the techno-scientific mania of modern agribusiness.By the 1980s, the wheatbelt had become uncanny. No longer the sign of the natural cycles of life replenishing the earth with seasonal regularity, but a vast and even repellent monocultural expanse. The wheatbelt was something profoundly unnatural in the eyes of writers like Elizabeth Jolley, Tom Flood and John Kinsella.

The central fact of the wheatbelt is radical disappearance. On one hand there was the destruction of the sovereign culture of the Noongar, custodians for millennia. Noongar people continue to practice and uphold their culture in spite of everything and the land continues to speak through them.

But on the other hand we must also contend with the fact that in the central wheatbelt shires, at least, only something like 7% of the natural vegetation (and the animal habitat it provides) remains. This, in a place that has a biodiversity as stunning as a rainforest canopy. 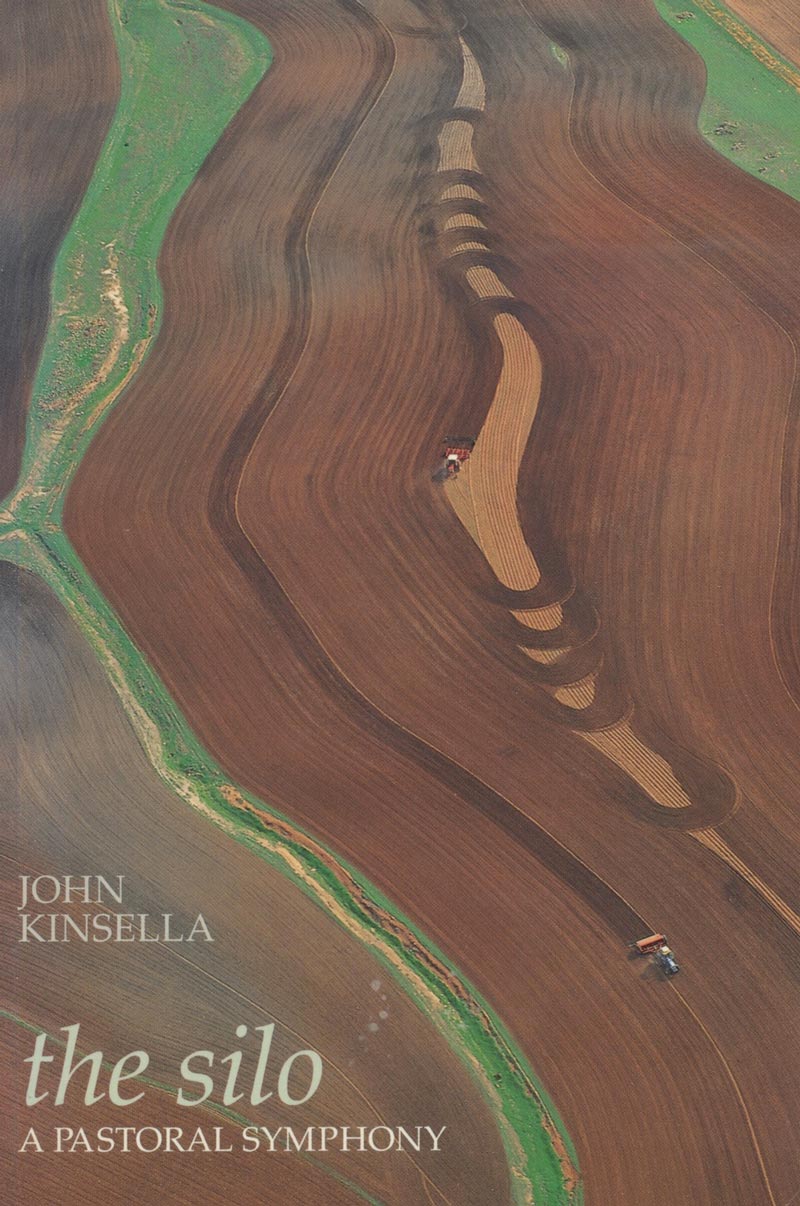 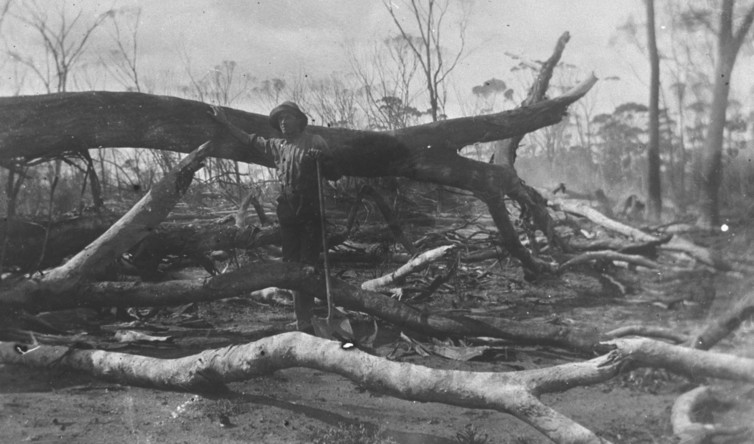 Charred timber after the ‘burn’. State Library of Western Australia 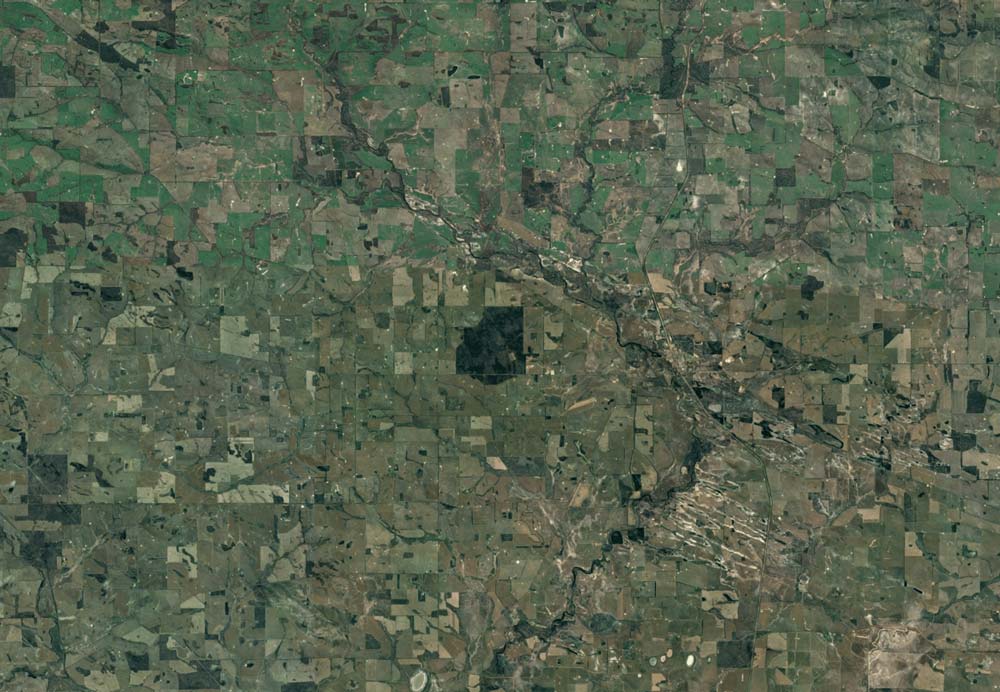 Only 7% of the central wheatbelt’s natural vegetation is left. Google Earth.

Literature cannot, in and of itself, make these losses good. A thousand novels cannot replace one extinct species. But in human terms there is hope. The Noongar language is being revitalized. And here literature certainly does have a role to play. Jack Davis used Noongar in his plays and provided his own glossaries. Kim Scott’s fiction, and occasional poetry, gives its readers Noongar — in fact teaches its readers Noongar and the deft sonics of a language adapted to country. And many of today’s farmers are now at the forefront of conservation initiative and Landcare groups.

The role, though, that I see for literature in coming to terms with the facts of the wheatbelt lies in its capacity to continuously disabuse us of the complacent certitudes by which we think we know the world. It need not require the experimental bravura of Kinsella’s postmodern verse to do this unsettling. Even the older writing does it in surprising ways.

What Dorothy Hewett and Jack Davis do within the broad parameters of theatrical realism nevertheless succeeds in unpicking the simple pouches we tend to pack our conceptions in. Barbara York Main’s natural histories throw open the dazzling singularity of wheatbelt life forms, and at the same time their intricate interconnections. Peter Cowan’s quietist studies of disillusioned loneliness, defamiliarises the wheatbelt just as certainly as Facey’s childhood glee at burning the bush to smouldering ashes.

Creative writing is not blind to the natural or economic forces that determine the fate of the wheatbelt, but it will always approach the matter through the medium of human subjectivity. In this sense, it is only literature that allows us to see inside the wheatbelt that was created, geologically speaking, in the blink of an eye.