160 years ago the term ‘flying angel’ transformed from a bible verse into a symbol of hope to sailors. The organisation that employed that symbol, Mission to Seamen (now Mission to Seafarers), began providing pastoral care to sailors in the Bristol Channel in the 1850s. At this time, sailing was a hazardous, often lonely occupation, and many of the sailors had a desperate need to talk to someone, someone who cared for them, their families and their lives. The answer was in pastors and priests. Brave pastors and priests, who risked their lives in small sailing skiffs to travel from one moored boat to another in the dangerous waters to be able to talk to the seamen. 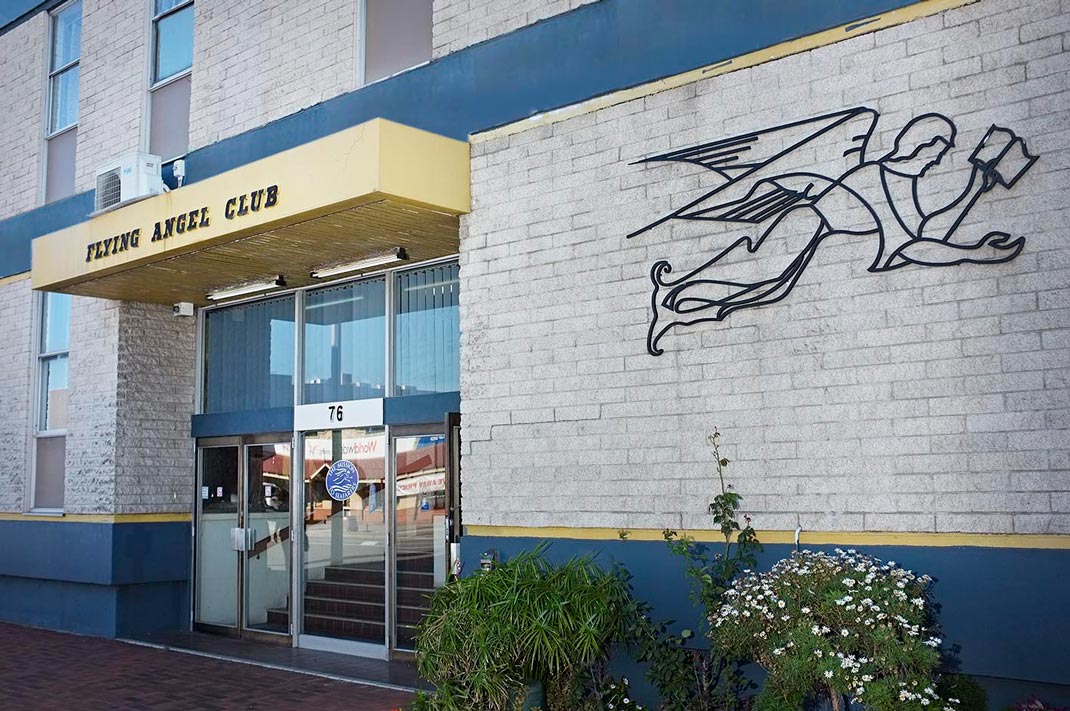 The legacy of these men of bygone times is evident in Fremantle today. There is, in Queen Victoria Street, a Mission to Seafarers, Flying Angel Club. A large, 1960s building adorned with signs promoting billiards, darts and accommodation. But inside are flying angels, people who, as in the 1850s, spend much of their time looking after the welfare of seafarers who visit the Port of Fremantle. Many who work there are volunteers, including the chief ‘flying angel’, Father Dennis Claughton. He has been on the job for sixteen years, all as a volunteer.

His appointment in 2001 was unusual. That year, the Flying Angel Club faced closure. Financially insolvent, a decision had been made to sell the Club building and its assets. However, the Perth Archbishop, Peter Carnley, thought a ‘rescue’ might be possible and approached Father Claughton to give it a go. It succeeded. Claughton, with a handful of paid staff and band of dedicated fellow volunteers, re-invigorated the Club and turned it into a successful social enterprise. 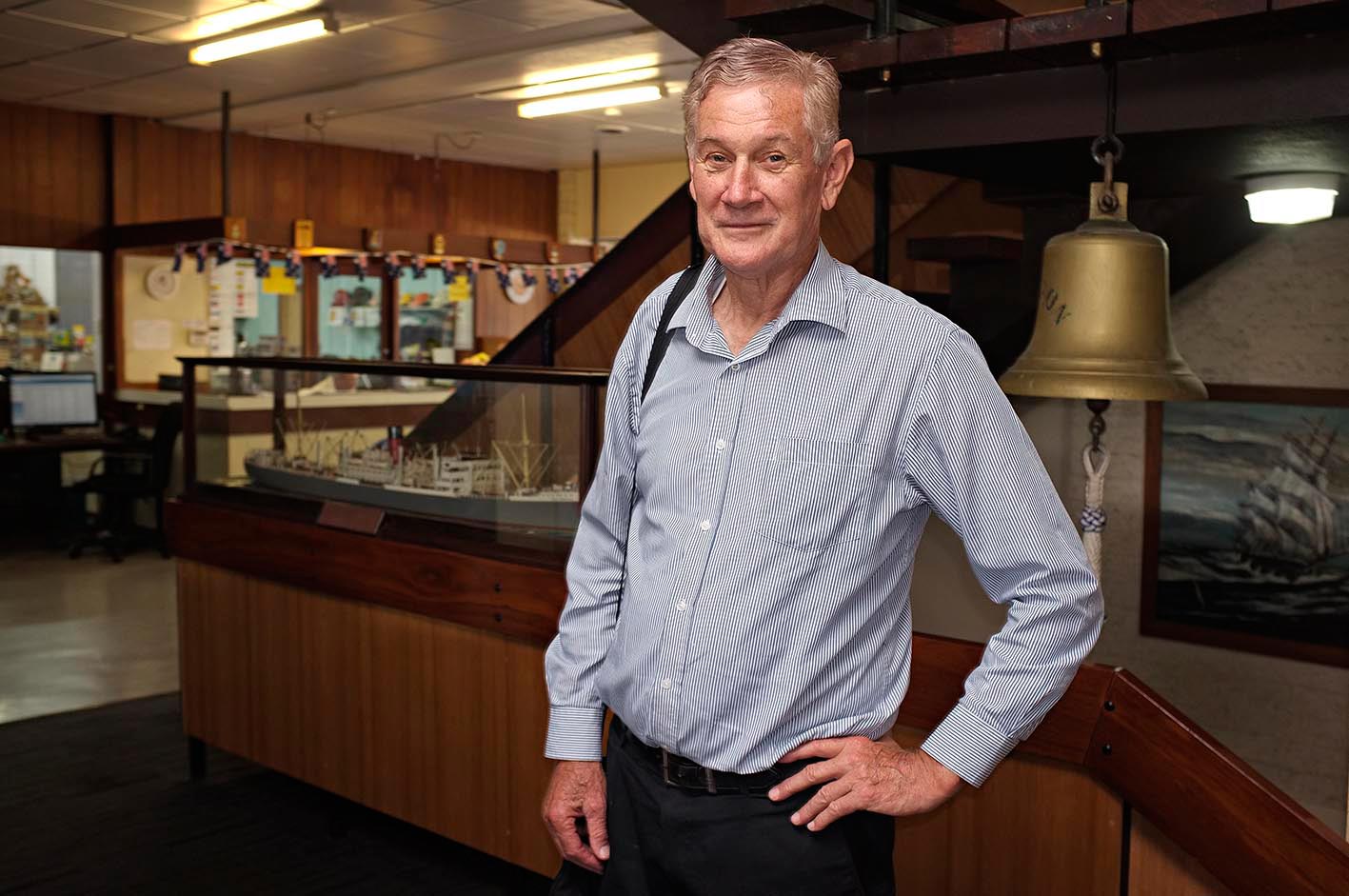 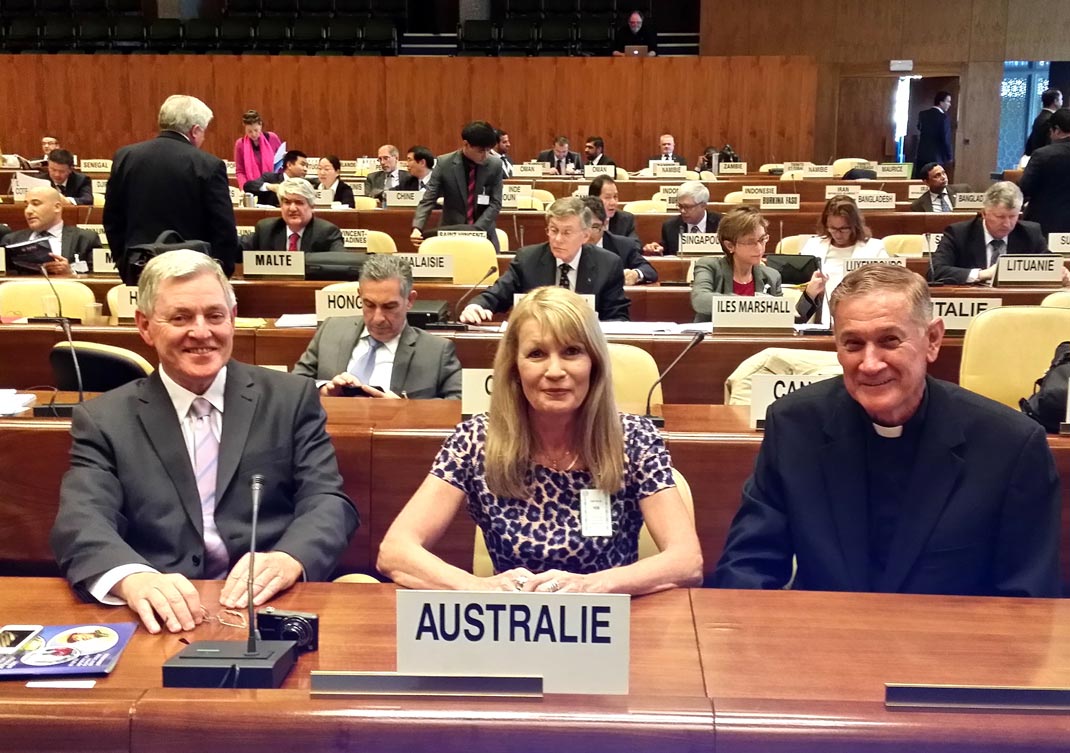 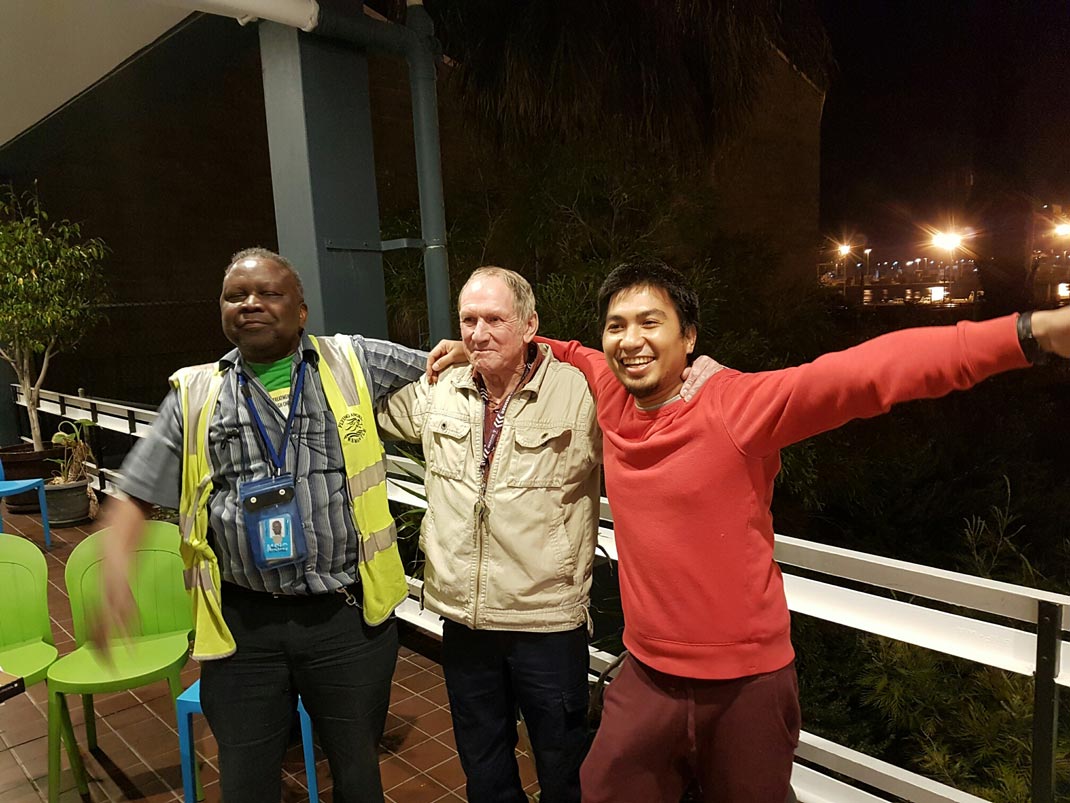 Today, the costs of the Club’s day-to-day operations are met by fees charged for accommodation and transport services, as well as bar and shop sales. Occasional support has been provided by maritime organisations, for example, in the provision of a bus to transport seafarers. Crucial to the Club’s viability is the hard work of its many volunteers. Of diverse nationality, creed and life experience, they include retired seafarers and shipping industry workers, international students and local church members.

The Club works closely with shipping agencies and dock and immigration authorities to provide seafarers with secure transport between Fremantle and their ships in the inner and outer harbours. With time ‘off ship’ being so valuable to seafarers, and with ships staying in port for increasingly short periods of time, reliable, regular transport has become a core service provided by the Club. In busy periods, buses driven by volunteers can provide over 100 transports per day. The volunteer drivers work long hours, with the first transports occurring at 8.00am in the morning and the last leaving the Club for the outer harbour (a two hour round trip) at 10.00pm in the evening.

Claughton and Club staff also fulfil an important advocacy role, ensuring seafarers are provided with the medical care they require, are properly cared for in times of crisis such as bereavement, and that the appropriate maritime authorities are notified in cases of seafarers not being paid or reporting poor work conditions.

The Club’s service to seafarers has been recognised worldwide. In 2014, in a vote by seafarers on over 2000 centres, it won the title of ‘Seafarers Centre of the Year’, with an appropriate trophy being awarded to Claughton and two fellow volunteers at a ceremony in Switzerland. Previously, in 2012, Father Dennis won the ‘Welfare Personality of the Year’, again voted by the world’s seafarers.

Claughton’s background is interesting. He spent much of his religious career in Eastern Australia but in 1994 was appointed minister for St Johns Church Parish in Fremantle. In this position he became involved with the Flying Angel Club, being responsible for the club’s chaplaincy services (in the basement of the building is the small St Andrews Chapel). In 2014, after twenty years service at St Johns, he retired.

Now Dennis Claughton’s life revolves around the full-time management and work at the Club. He does most things: bus driver, garden and interior designer, visitor to sick seamen, maintenance worker, book keeper, holder of chapel services to name a few, all for no remuneration. Truly Father Dennis Claughton is Fremantle’s Flying Angel.