How our birdsong album rocketed to #2 on the ARIA charts

Australia is losing its birds at an alarming rate – one in six species are now threatened with extinction, predominantly due to climate change, land clearing and worsening bushfires.

Last year, when we met in a Darwin cafe to discuss Anthony’s PhD on the impact of environmental art on conservation, we wondered if his project could contribute to saving threatened birds.

Could we, perhaps, harness the beauty of birdsong to help Australians care about what they were losing?

Throughout history, humans have been inspired by the complex melodies and rhythms of birdsong. It’s a natural, daily celebration of our biodiversity, and has shaped the evolution of human speech and song for millennia.

Our idea was to let the threatened birds speak directly to those who might help them.

Teaming up with renowned bird recordist David Stewart, we created a CD for the music charts consisting entirely of bird calls, titled Songs of Disappearance. For the title track, the Bowerbird Collective’s Simone Slattery arranged a fantasy dawn chorus of 53 threatened species.

As of February 18, the CD was sitting at No 2 on the charts. 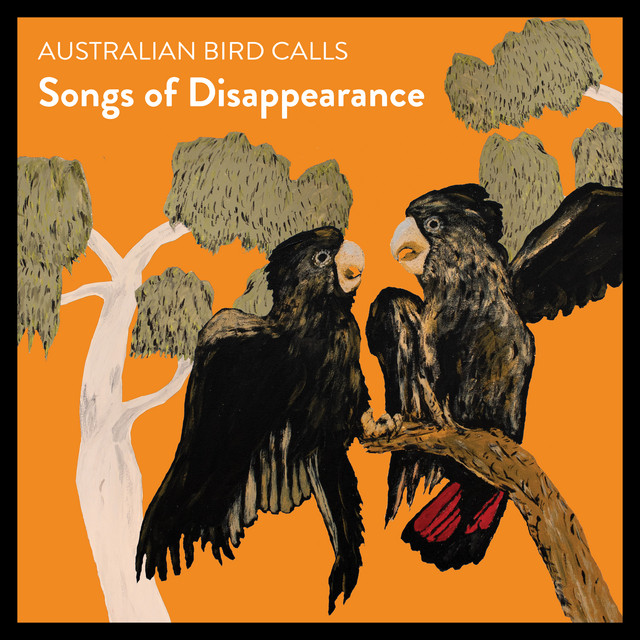 Launched on December 3, 2021, the album debuted at No.5 on the ARIA charts, in part because the conservation organisation BirdLife Australia alerted its supporter base to a wonderful Christmas present that would also help bird conservation.

Some calls on the CD are astonishing for their rarity. Night parrots, critically endangered with a bell-like call, were lost for a century before they were rediscovered in 2013. Regent honeyeaters are now so scarce that young birds lack models from which to learn their soft, warbling calls.

Others are poignant cries of a disappearing landscape – the creaking calls of gang-gangs, buzzing bowerbirds and the mournful cry of the far eastern curlew.

Some purchasers of the CD have written to say they have the 53 calls on loop.

Two weeks after its release, the CD reached number 3, ahead of such artists as Taylor Swift, Mariah Carey and Michael Bublé.

“I’m very happy to have birds flying above me!” Paul Kelly told us when Songs of Disappearance displaced his Christmas Train album.

Suddenly, retail giants wanted our album in their stores. Media requests flowed in from around the world. Our CDs are being manufactured and distributed for release in the United States.

Now it’s at number 2 on the ARIA charts – a pretty good result for threatened species from a project with a zero marketing budget. It may also be the first time, anywhere in the world, that a university research project has hit the music charts.

Will the calls be answered?

In December last year, more than 300 of Australia’s leading ornithologists released the Action Plan for Australian Birds 2020. It found 216 Australian birds are now threatened with extinction, mainly due to climate change.

The devastating findings of the action plan are what spawned our idea. The resulting combination of research, conservation, and creativity told a story that has resonated globally, something the action plan alone would never have achieved.

But will it make a difference?

Certainly the profits, which go to BirdLife Australia, will be put to good use. However, the 200 Australian bird taxa identified in the action plan need far more assistance to survive than one CD can provide.

The question is, can art help change population trajectories? Or, as cultural policy expert Christiaan De Beukelaer writes, will these haunting bird calls just “naturalise the awful future it wishes to avert”, like other climate apocalyptic art?

The answer is that we do not know – hence our ongoing research. However, we do know that, 60 years ago this year, the fear of losing birdsong implied by conservationist Rachel Carson’s book Silent Spring helped launch the environmental movement.

Where will the songs lead us?

Songs of Disappearance now presents a fascinating opportunity to understand whether it can catalyse some of the same impetus for change.

Those who purchased the album have been invited to complete a survey to help us understand whether this project and others like it can have a lasting effect on conservation outcomes.

We wish to know, for example, whether the CD has affected people emotionally. Conservation, like art, is a belief system driven by deep emotions. As 2020 research suggests, empathy for wildlife is strongly linked to a sense of moral justification for preventing extinctions.

So, has the CD changed behaviour? We know bird song, like music, boosts mental well-being. But can it turn intention into action? And if so, what sort of action? We also aim to learn lessons from this experience that might be transferred to other projects involving the arts and conservation.

The disappearance of Australian bird song is by no means inevitable. How wonderful if the songs of the birds themselves can help secure their future.

* If you missed yesterday’s article on joining BirdLife WA, here it is again!