April 8, 2020April 10, 2020 in Shipping News
We at the Shipping News are being constantly asked what’s happening around the Port, who’s here in Port, who’s leaving and when, who’s coming and are they allowed, and what does the future hold.
Well, we’ve had our noses to the deck, the well-scrubbed deck, of course, and now bring you this update to the best of our non-governmental ability, in a covid world where everything seems to change daily. E&OE.

The cruise ship of the moment, Artania, is – as the Premier reminds us daily – under directions from the Federal Government.
Her crew are still on board.
The ship is being cleaned before it departs.
The current estimated date of departure is 18 April, though we understand this is subject to change. Freo folk won’t want to hear that!
We know there have been complaints from residents on Beach Street, near the Port, about noise and light from the Artania.
The ship’s master has been asked to reduce lighting to the minimum required.
Noise is from auxiliary generators required by the ship to operate whilst in port has been more difficult to address.
The best remedy, of course, will be her departure. 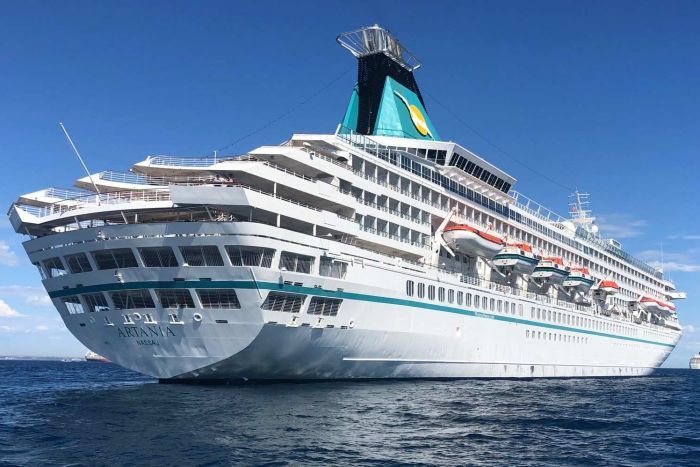 We all know ABF – Australian Border Force – has directed all cruise ships to leave Australia. They mean all.
It seems they are, even The World which we thought would make a good dive wreck off Freo has left Gage Roads yesterday. May be that’s why she’s left!
The World appears to be doing laps off Geraldton just now, as we’ve depicted on our Facebook page today. Not sure what she’s up to yet. No one really seems to know. Maybe Mr Papalia, the WA Tourism Minister, is, after all, working on the dive wreck idea and trying to keep her here.
The ABF has also directed that no cruise ships are to come to Australia until 15 June (and apparently this could be extended).
This includes those like Ovation of the Seas currently in the Great Australian Bight heading for Asian Ports of call after rounding Cape Leeuwin.
They are not expected to arrive in Fremantle. We’re watching!!
As to future visits by the now infamous cruise ships, as shown for example on Fremantle Ports Voyager shipping schedule for later, these are being treated merely as ‘shipping agents’ requests’ and are subject to change at any time.

Great excitement when one of our Shipping News roving reporters discovered her last week at Rous Head and took a distant snap just in time before she, our reporter, was shooed away!
The 88m Barbara super ‘yacht’ arrived on Monday of last week, from the Maldives, with 23 crew on board and no passengers.
We are informed she has reported no illnesses on board.
And she apparently has approval from all government and service authorities, including Fremantle Ports, ABF and WA Police Force, to arrive at Rous Head Harbour for statutory surveys and planned maintenance.
Rest assured people, however, that her crew are required to stay on board. 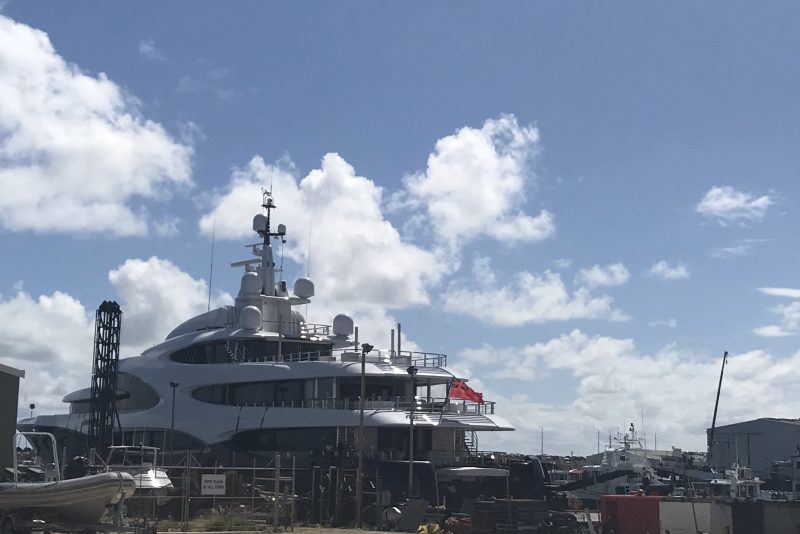 Readers are also wondering if commercial shipping is still happening.
Well, we can assure you those fab RO-ROs and big container ships are still in and out of the inner harbour.
And trade is also continuing through the outer harbours including break-bulk and bulk shipping. Good news!
All ships must provide pre-arrival health and quarantine information that is checked by Australian authorities.

Ships from overseas that have received clearance by the authorities can berth in port if they have been fewer than 14 days at sea but crew must isolate on the ship once berthed.
There is currently no shore leave for any crew, as we explained in our recent post https://fremantleshippingnews.com.au/2020/03/31/and-what-about-ship-crews-during-the-time-of-covid/
To ensure ongoing trade and supply of goods, international maritime crew change-outs are permitted nationally but crew must adhere to the 14 day quarantine period.
So there we are folks.
Keep your questions rolling in!
And stay safe!
Share this
Related Articles