Home 2020 March 31 And What About Ship Crews During The Time Of Covid?

And What About Ship Crews During The Time Of Covid?

Many of our readers are asking us, at Fremantle Shipping News, what the position is of the crews of the cruise liners and merchant ships coming alongside in, and anchoring off, Fremantle Ports during this time of Covid. Are they well? Do they still have jobs? How are they coping? Can they get off and back on their vessels when in port? Can they fly home if they want?

We hear a lot about the plight of passengers on fancy cruise ships, but much less about that of the crew, the seafarers on these ships and on container ships, livestock carriers and the other vessels calling at Freo. We note that when people were evacuated for medical attention from the Artania in Fremantle last Saturday, however, they included crew members.
There is a growing number of official and media reports from around the world addressing the circumstances in which seafarers currently find themselves around the globe. Logic tells one that seafarers are as exposed as anyone to Covid-19, probably even more so given the ports they get to visit, and the passengers and people and things they have to mingle with and handle.
In this regard, how the crew on the Diamond Princess off Japan came to be infected is instructive. They were first responders in effect, and seemingly not trained, or sufficiently well trained, for the challenges they were presented with. See here.
Four days ago, the Miami Herald reported on crew member evacuations off Florida, from cruise ships, for similar reasons:
‘Thirteen crew members in need of life-critical care from two cruise ships were evacuated to local hospitals in Miami Thursday with COVID-19 symptoms.
‘The ships — Costa Magica and Costa Favolosa — lingered three miles offshore as lifeboats transported sick people to the U.S. Coast Guard station adjacent to PortMiami. Decked in hazmat suits, Miami-Dade Fire Rescue workers helped the people off of lifeboats and into ambulances.
‘Seven Favolosa crew members and six Magica crew members planned to be evacuated Thursday, according to a source close to the situation. Spokesperson for the Miami-Dade county seaport Andria Muniz-Amador said in a statement that the evacuated crew members have respiratory symptoms consistent with pneumonia and bronchitis.’  See here.
The plight of seafarers more generally has also been raised recently by Human Rights at Sea, or HRS, in this article, HRS, a non governmental organisation, highlights reports of non-payment of wages, contract extensions without informed consent, crew being left in foreign States to pay hotel bills and to seek flights home using their own funds. One would like to think that none of the major shipping companies would be responsible for such treatment of their crews and that such things couldn’t happen at an Australian port, Fremantle in particular. But the employment conditions and workplace rights of seafarers have always been tough, at least from an Australian workplace perspective.
Taking up some of these issues, the New York Times recently published a report, Trapped at Sea by Covid-19 Lockdowns, Crew Members Plead for Help.
The Times sets the scene:
‘When Capt. Nilesh Gandhi’s oil tanker docked in coronavirus-ravaged China early last month, he understood that he would not be able to disembark and fly home as planned. He would have to keep working, at least until Singapore.
‘But when he arrived there, Singapore had prohibited all crew changes. And when he docks in Sri Lanka next week, the government there will ban him from getting off the ship. Saudi Arabia and the United Arab Emirates, his next two stops, forbid crew members from leaving, as well.’
The Times article emphasises he is not alone. It says an estimated 150,000 crew members with expired work contracts have been forced into continued labour aboard commercial ships worldwide to meet the demands of governments that have closed their borders and yet still want fuel, food and supplies. 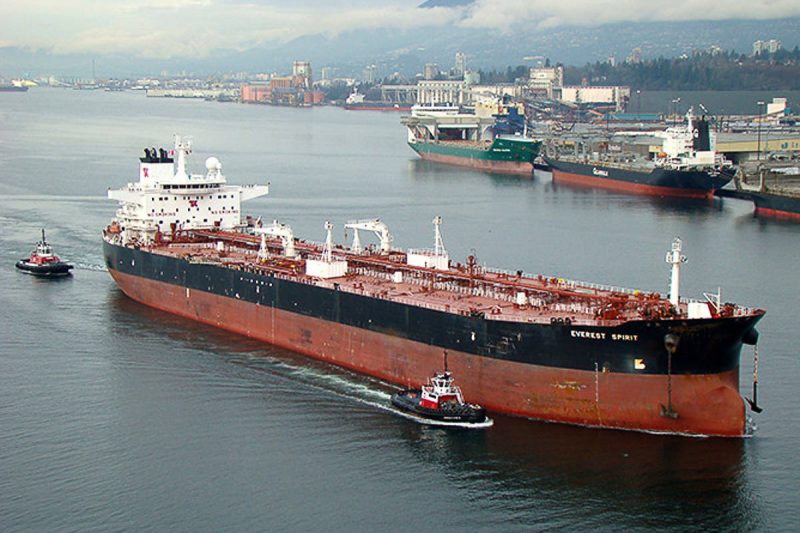 Not entirely surprisingly, countries like Australia have insisted on keeping global shipping lines open while keeping seafarers, as well as passengers on cruise liners, out. The Times says maritime organisations have lobbied governments to exempt crew members from travel bans, without success. Shipping companies say they are sympathetic, but pleas to governments have gone unanswered. Trade goes on, as a regional map of shipping movements from Fremantle to China posted by the Fremantle Shipping News over the weekend so graphically depicts.
The International Maritime Organisation (IMO) secretary-general Kitack Lim recently said that he will be initiating meetings with leaders from shipping, ports and other sectors to help find solutions. IMO is a United Nations organisation.
He said, ‘Defeating the virus must be the first priority, but global trade, in a safe, secure and environmentally friendly manner must be able to continue, too.’ Good, indeed fine words.
Emphasising that seafarers are at the frontline of the current global calamity and their health is as important as anyone else’s, Mr Lim added:
‘Again, I urge a practical and pragmatic approach, in these unusual times, to issues like crew changeovers, resupply, repairs, survey and certification and licensing of seafarers.’
It seems though that nothing much happens quickly in the world of international shipping regulation.
According to the Times article, some crew members have suggested an organised work stoppage that would bring the shipping lanes to a halt. But others say they would surely be blackballed in the industry if they refused orders to work.
The Philippines, China, India, Indonesia, Ukraine and Russia are among the biggest suppliers of crew members world wide. Bangladesh is another supply country for some of the vessels arriving in Fremantle from the Middle East. Airline and port restrictions in most of these countries have made it nearly impossible for crew members to get home if their governments do not make special arrangements, like Australia has done for its citizens stranded on passenger ships in various parts of the world.
Companies and crew members say China has allowed its own citizens to rotate at its ports.
According to the Times, regions are apparently trying to solve the problem. Last Monday, the European Commission allowed crew changes on continental ports and let seafarers return home. The trouble is though, that even if a ship reaches an open port, crew members may still be out of luck because most international air traffic is grounded. Australian travellers are familiar with this scenario.
Maersk, one of the largest container shippers, recently suspended crew changes on its container vessels for a month to maintain operations ‘as normal as possible.’ The company said it was in the crew’s best interest:
‘Given the current situation we can better protect our seafarers by suspending the exchange of crew, as this lessens the number of social interactions they need to have,’ the company told the Times.
This means crews keep on at the job, without replacement, for long periods. 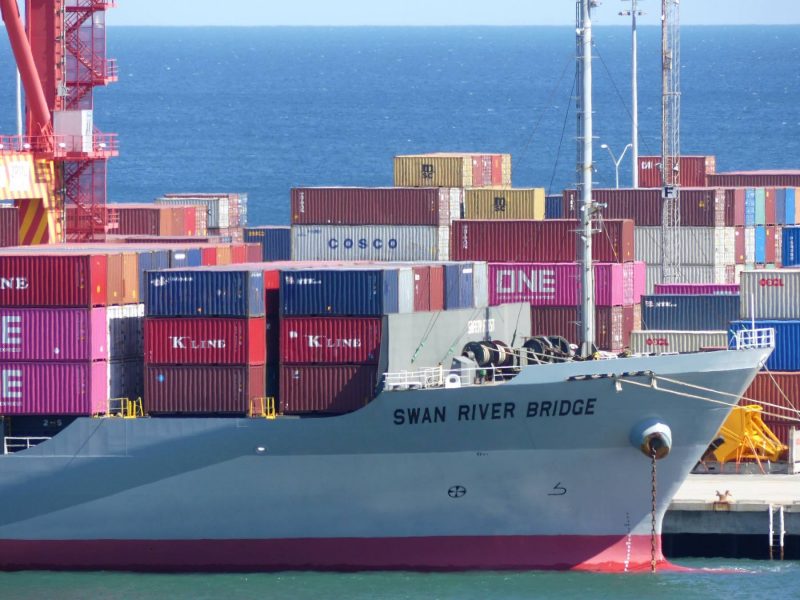 The International Transport Workers’ Federation, which represents seafarers, told the Times it could not object to the mandatory extensions in the face of national laws closing borders.
Despite that, a Covid-19 infection on one of its ships in China has just been announced by Maersk as of yesterday, 30 March 2020.
Maersk announced seafarers on board one of its ships had tested positive to the virus. Here is Maersk’s statement:
‘We can confirm that during the past week, several seafarers onboard the container vessel Gjertrud Maersk were feeling unwell. The safety and health of our people is our main priority and we are doing our utmost to provide the best possible care for our colleagues affected. As per our established protocols the seafarers were isolated on the vessel when symptoms appeared, and we are providing medical treatment based on input from our medical advisors.
‘We are in close dialogue with local Chinese Government Authorities as well as Port Authorities who are providing assistance in handling the situation. On 26 March 2020, the vessel was brought alongside and 7 affected seafarers were evacuated ashore for medical treatment and care.
‘The official report from authorities was released today, 30 March 2020, concluding that one of the seafarers has been diagnosed with Covid-19 and four seafarers are asymptomatic infected individuals. The other two are tested negative. The hospitalized seafarers are all in stable conditions.’
Maersk then added:
‘The vessel was awaiting phasing into our network and currently idle at the quayside in Ningbo, China. Extra precaution measures will be taken for crew replacement and sanitations will be implemented.’
This sounds like a polite way of saying the ship is tied up in China doing nothing for the time being, but a new crew will go aboard before long, once the ship has been sanitised.
The circumstances of the affected crew is however not further addressed, including the crews’ countries of origin, whether they continue to get paid while convalescing and so on. It seems the ship left Liuheng, in China, on 22 January before recently arriving in Ningbo. One might reasonably assume the crew affected are Chinese nationals.
The situation in Fremantle now is, and has been for the last week or so, that no seafarers may disembark their ships. The rules that now apply to all entering the State of Western Australia and Australia apply. This means Fremantle-based seafarer support agencies Stella Maris and the Flying Angel, no longer are able to provide assistance to visiting seafarers. Short of delivering gifts to the ships for the seafarers, there is nothing to be done.
For many seafarers, this makes life on a ship, especially a livestock carrier or a container ship, even more difficult that usual. Many are engaged on contracts for a year where they are at sea for an 10 month period. If you can’t get off the ship at ports of call, as most presently can’t with Covid restrictions in place in most countries, and here in Fremantle, the seafarers are restricted to their own company on the vessel. Must be a bit like being sent to prison. Not a good place to be if a virus sets in.
Often the crew on these merchant ships is numbered around 20. On a livestock carrier it’ll be closer to 60, with extra persons needed to care for the livestock. All this for around US$12,000-15000 a year for an AB – able seaman of the ordinary rank.
So spare a thought for the seafarers passing through Freo, as you glance at the Port.
It will be interesting to see what steps the IMO is able to take with key parties following its recently expressed concern for the plight of seafarers in Covid times. We will watch with interest.
Share this
Related Articles