The latest Dixie Chicks album and lead song is entitled ‘Gaslighter’. It seems to be a song about someone’s ex-husband.

But the expression is not confined to failed relationships. In politics we are now hearing it all the time, often in relation to Donald Trump.

But it’s use precedes his appearance on the stage. According to Wikipedia, Maureen Dowd, in the New York Times, first used the expression in relation to the Clinton Administration’s goading of Newt Gringich.

And it’s also alive and well in Australia. Paul Bongiorno, in The Saturday Paper, has recently described the Prime Minister, Scott Morrison’s approach to answering, or to not answering, questions on a range of topics as ‘gaslighting’.

But What exactly is ‘gaslighting’?

According to Brittanica online, Gaslighting is:

An elaborate and insidious technique of deception and psychological manipulation, usually practiced by a single deceiver, or ‘gaslighter’, on a single victim over an extended period. Its effect is to gradually undermine the victim’s confidence in his own ability to distinguish truth from falsehood, right from wrong, or reality from appearance, thereby rendering him pathologically dependent on the gaslighter in his thinking or feelings.

As part of the process, the victim’s self-esteem is severely damaged, and she or he becomes additionally dependent on the gaslighter for emotional support and validation. In some cases the intended (and achieved) result is to rob the victim of his sanity.

The phenomenon, Brittanica says, is attested in the clinical literature as a form of narcissistic abuse whereby the extreme narcissist attempts to satisfy his pathological need for constant affirmation and esteem (for ’narcissistic supply’) by converting vulnerable people into intellectual and emotional slaves whom she or he paradoxically despises for their victimhood. Because the gaslighter is himself or herself typically psychologically disordered, she or he is often not fully aware of what they are doing or why they are doing it. 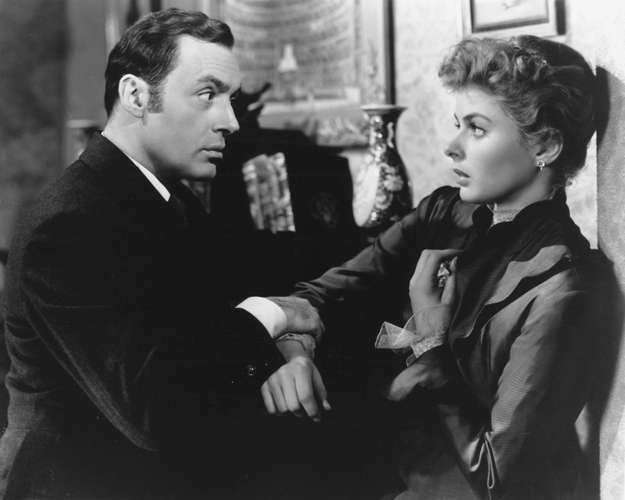 The term is derived from the title of a 1938 British stage play, Gas Light, which was subsequently produced as a film, Gaslight, in the United Kingdom (1940) and the United States (1944). As Brittanica puts it, those dramas depict some of the basic elements of the technique, including:

*attempting to convince the victim of the truth of something intuitively bizarre or outrageous by forcefully insisting on it or by marshaling superficial evidence;
*flatly denying that one has said or done something that one has obviously said or done;
*dismissing the victim’s contrary perceptions or feelings as invalid or pathological;
*questioning the knowledge and impugning the motives of persons who contradict the viewpoint of the gaslighter;
*gradually isolating the victim from independent sources of information and validation, including other people;
*and manipulating the physical environment to encourage the victim to doubt the veracity of his memories or perception. In the play and films, for example, a deceitful husband drives his wife to near insanity by convincing her that she is a kleptomaniac and that she has only imagined the sounds in the attic and the dimming of the gaslights in their house, which were actually the result of his searching for her aunt’s missing jewels.

psychologytoday.com, suggests you can recognise a gaslighter’s techniques in these ways –

1. They tell blatant lies.
You know it’s an outright lie. Yet they are telling you this lie with a straight face. Why are they so blatant? Because they’re setting up a precedent. Once they tell you a huge lie, you’re not sure if anything they say is true. Keeping you unsteady and off-kilter is the goal.

2. They deny they ever said something, even though you have proof.
You know they said they would do something; you know you heard it. But they out and out deny it. It makes you start questioning your reality—maybe they never said that thing. And the more they do this, the more you question your reality and start accepting theirs.

3. They use what is near and dear to you as ammunition.
They know how important your kids are to you, and they know how important your identity is to you. So those may be one of the first things they attack. If you have kids, they tell you that you should not have had those children. They will tell you’d be a worthy person if only you didn’t have a long list of negative traits. They attack the foundation of your being.

4. They wear you down over time.
This is one of the insidious things about gaslighting—it is done gradually, over time. A lie here, a lie there, a snide comment every so often…and then it starts ramping up. Even the brightest, most self-aware people can be sucked into gaslighting—it is that effective. It’s the “frog in the frying pan” analogy: The heat is turned up slowly, so the frog never realizes what’s happening to it.

6. They throw in positive reinforcement to confuse you.
This person or entity that is cutting you down, telling you that you don’t have value, is now praising you for something you did. This adds an additional sense of uneasiness. You think, “Well maybe they aren’t so bad.” Yes, they are. This is a calculated attempt to keep you off-kilter—and again, to question your reality. Also look at what you were praised for; it is probably something that served the gaslighter.

7. They know confusion weakens people.
Gaslighters know that people like having a sense of stability and normalcy. Their goal is to uproot this and make you constantly question everything. And humans’ natural tendency is to look to the person or entity that will help you feel more stable—and that happens to be the gaslighter.

8. They project.
They are a drug user or a cheater, yet they are constantly accusing you of that. This is done so often that you start trying to defend yourself, and are distracted from the gaslighter’s own behavior.

9. They try to align people against you.
Gaslighters are masters at manipulating and finding the people they know will stand by them no matter what—and they use these people against you. They will make comments such as, “This person knows that you’re not right,” or “This person knows you’re useless too.” Keep in mind it does not mean that these people actually said these things. A gaslighter is a constant liar. When the gaslighter uses this tactic it makes you feel like you don’t know who to trust or turn to—and that leads you right back to the gaslighter. And that’s exactly what they want: Isolation gives them more control.

10. They tell you or others that you are crazy.
This is one of the most effective tools of the gaslighter, because it’s dismissive. The gaslighter knows if they question your sanity, people will not believe you when you tell them the gaslighter is abusive or out-of-control.

So, there you are. We have a feeling you are going to hear more about gaslighting and gaslighters in the time ahead!