January 7, 2020January 7, 2020 in Shipping News
The red container ship featured in today’s In Port – Rio Madeira- is new to Fremantle and has an interesting history.
She’s fresh in from Port Chalmers, Dunedin, New Zealand and is on her way to Tanjung Pelepas, Johor, Malaysia.
She is listed as running the Hamburg Sud Australia/New Zealand South East Asia (SENZ -Southern Loop) liner service. Although when one reads the Southern Loop route information Fremantle doesn’t appear as a docking port.
Fremantle does appear, however, on the Hamburg Sud line AUSE 1 route for Southeast Asia – Australia, but not enroute from or to New Zealand.
All too confusing for us a Fremantle Shipping News!
Construction of Rio Madeira was completed in 2009 in Romania, though under the watch of the large South Korean shipbuilding company, Daewoo Mangalia Heavy Industries. She was one of three Rio class built for Hamburg Sud in 2009.
Hamburg Sud was acquired by Maersk a couple years back. Maersk is connected to the ship’s current owner, AP Moller Singapore Pte Ltd.
Her carrying capacity is 5905 TEU – or 20-foot shipping containers. She has a gross tonnage of 73899. Thus she’s in the Post Panamax category, and so not able to navigate the Panama Canal.
She has had two owners and has been registered under three flags.
She is now registered under the flag of Singapore. 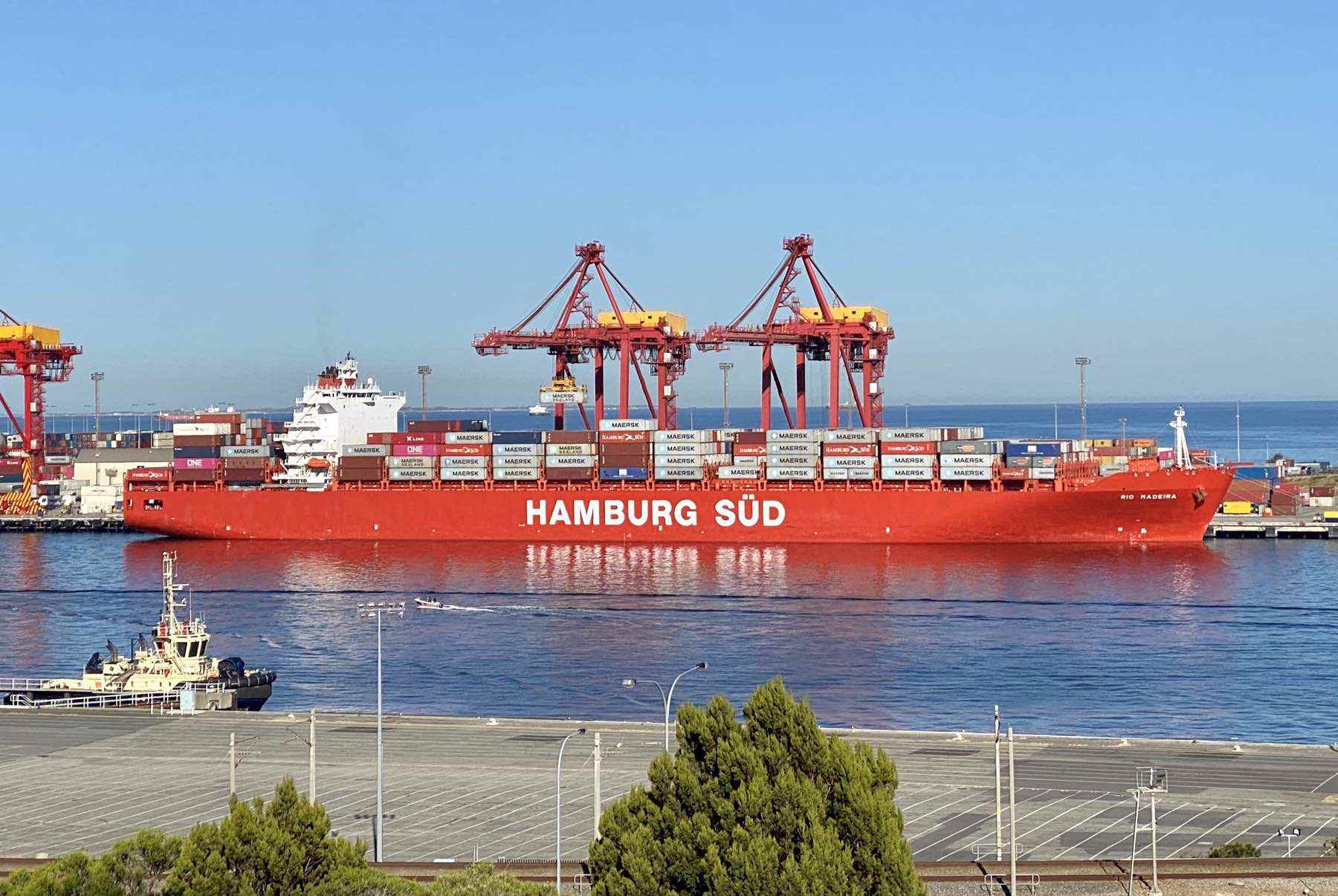