Home 2019 June 15 Reflection on Life With and Without Cars

Reflection on Life With and Without Cars

The Pleasure of Turning the Clock Back and re-inventing an earlier Lifestyle.

Words and pictures by Roger Garwood

Cars were rare in the small coastal town where I spent my early years. When one of us free range kids noticed one heading our way the cry “Car! Car! Car!” would go up and the gang would rush to the road to stare as it tonked past. We savoured a breath of exhaust fumes, a welcome change from sea air.

They were the immediate post war years as the nuclear and second Elizabethan ages blended with the Cold War and the end of food rationing. Bacon was back and that made my father happy.

Shopping was a social event, walking to the shops, mothers lighting up a Woodbine or Turf while they chatted and we kids lugging the veggies and meat home.

Schooling was rearing its head and a policeman came along telling us not to accept sweets from strangers and to look both ways before crossing roads. Who cared? Most of us liked sweets, there were no strangers in town and we loved watching out for cars anyway.

We treated the two cops in town with a degree of reverence. If they caught us stepping out of line they’d say: ‘You wouldn’t want me to tell your dad would you …?’. Roughly the same threat our mothers used. 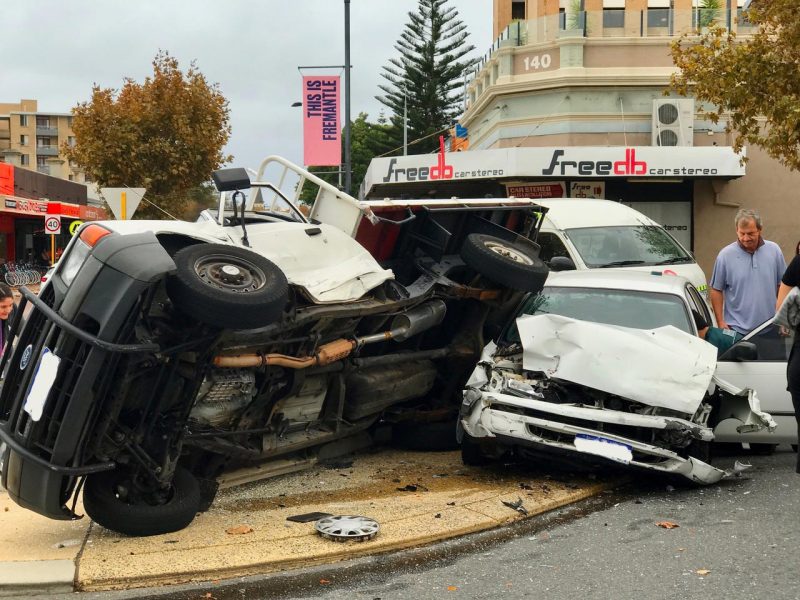 This is not an uncommon situation, one we really try to avoid. Traffic accidents are a common occurrence and, whichever way you look these incidents, you do wind up car-less which is a good time to practice a slower lifestyle.

TESTOSTERONE, CARS AND THROWING OUT THE BAIT

Later it became obvious cars were essential bait to lure girls. I had learnt to drive on the concrete runways of deserted airforce bases. The family had acquired a Morris 8 which couldn’t quite reach take off speed. Later I passed my test and bought a very second hand Morris Mini for forty quid.

Thus life took a U turn. Four on the floor, unlimited testosterone and an unwavering hunting instinct. The bait was on the move but I lacked the charm needed to reel in the bites.

CAREER EMBEDDED, FOOT TO THE FLOOR, BUGGER THE BREATHALYSERS.

At home we had two newspapers, The Daily Mirror and The Daily Express, thus I was spared Enid Blyton but became conditioned to reading news. My career was embedded – I was addicted to media and only wanted to work in Fleet Street.
Life speeded up, the foot was flat to the floor and I learnt the first lesson of journalism was to try and ‘outlive your liver’. Those were pre-breathalyser days when it was practically a crime to drive while sober.

I visited Australia at a time when Europe was dark, doomed. Global warming wasn’t a problem; the main issue was trying to keep a house heated during power cuts.

I found it impossible to spot the difference between the glossy stories and the actual lifestyle. They harmonised into a carefree existence which Hollywood couldn’t invent.

Driving in Australia was bliss. Distances were meaningless, like measuring the universe in light years. Ask any bloke how far a town was and the reply would fall into a number of categories: ‘Coupla’ six packs’ or, for longer trips, dauntingly, ‘Aw, three days or so, don’t drive after dark mate, there’s fuckin’ big black bulls out there, ya don’t see ‘em ’til it’s too late’.

Australia was about the only place in the world where a long drive was an adventure. Roadhouse coffee, hamburgers with beetroot and limp chips defied gourmet analysis.
Then there’s the Capricorn Roadhouse, twelve hours drive from Perth, known for its legendary soup. Arriving late one evening and wandering into the dining room with my photo buddy we ordered a couple of bowls of soup.

A long pause while the waitress scratched an eyebrow and a handful of hairy arsed trucky’s stared, silently, in our direction.

Thus the Cointreau ritual started. Every day, after a long drive, a slug of Cointreau was called for. It became known as the Sunset Ceremony.

Australia was a laid back place but changed, imperceptibly at first. The Commodores and rusting utes held together with bits of fencing wire, bald tires, cracked screens, their exhausts swinging from the chassis, gave way to pristine four wheel drives stacked high with home comforts. They didn’t corner too well on dirt tracks.

Society had speeded up, people were living on massive incomes, working under pressure, learning to cope with mobile phones, powerful cars and FIFO shift work. Road Rage became the order of the day.

Then one day, while driving to the local shops in Freo I thought, ‘I don’t need this’ and made a vow to sell the car immediately.

So I did! In any case drive-in cinemas didn’t exist any more and I wanted to wind the clock back. 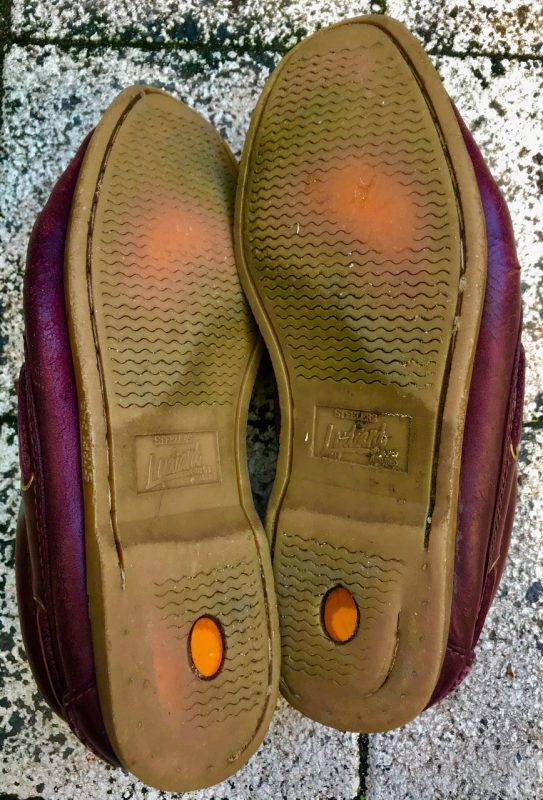 An old pair of deck shoes, my favoured transport system. They’ve been working smoothly for about four years, worn almost daily, never been a serviced, never had a breakdown. It’s fair to say these have saved me in the region of $10,000-$12,000. I may buy a new model later this year.

There was an overnight miracle. I felt a lack of stress. The constant attention needed while driving went, leaving my mind open to ponder all manner of things. I wasn’t pumping hundreds of bucks into a fuel tank, I didn’t think about insurance, new tyres, road taxes, servicing, flat batteries, parking, cleaning, drinking or running over mobs of school kids. I also became about $9000 a year better off.

A new, lifestyle emerged. I walk an average 5km a day (if you believe those phone Apps with little red hearts on them). I lost weight, my doctor told me my lung capacity had increased by 10% and cholesterol was down – we didn’t speak of liver function.

I walk to the shops and carry a couple of cotton bags full of groceries home. I revel in the fact that I am greener than the average Green – no car. I chat with strangers and neighbours and we talk about the weather, growing veggies, dogs’ health and solve the problems of the country within minutes. Life has turned a complete wheel, back to the days of walking to school without being interrupted for being mischievous.

I wonder why people drive to the gym and spend an hour, grunting in front of a mirror, then drive home. A walk in the soft sand, listening to the ocean, does wonders for body and soul.

I ride a bike and park it within seconds, gratis, outside my destination. My single biggest travel overhead, in lieu of running a car, is shoes.

Of course there are good reasons for having cars, apart from convenience. They are cocoons, escape capsules, for many people who live stressed working lives. They have happy families but little time to themselves. Listening to favourite music, the news, or podcasts while driving to work is often the only time some people have to relax alone.

Fremantle has excellent public transport access. It may not be on call 24 hours a day but it’s cheap, clean, and there when needed most. I enjoy mixing with people and public transport puts me at the coal face of public interaction.

I’ve had some hilarious conversations, in particular with some delightful aboriginal people. On one CAT bus trip a group of very happy ladies were heading to the beach. I asked what they’d be doing there.

“We’re going for a swim mate, come and join us”.
“Sorry ladies but I haven’t got my bathers on me, otherwise I would”.
“Hey man, that don’ matter, we’re goin’ skinny dippin’”.

It was a happy moment for a bus load of people who were laughing both at us and with us. I was tempted but made do with the entertaining thought of them rocking up on South Beach, stripping off and going for it.

For me the principal benefit has been to accumulate a travel budget. Within that I have devised a new lifestyle with its own currency whereby I travel light for about five months a year and can follow two influences from my student days. Chaucer’s Tales of medieval travel and W.H. Davies’s, a poet, writer and remittance man who wrote “The Autobiography of a Super Tramp” back in the early 1900s.

More on that later…