All you ever wanted to know about Fremantle Sea Rescue

Fremantle Sea Rescue is one of those Freo organisations that you often hear about but don’t know as much about as you would like.

For example, did you know that last year FSR responded to 600 calls for assistance or rescues? This averages 2 rescues for every day of the year, making FSR the busiest marine rescue group in Australia.

Most rescues, not surprisingly, occur in summer when more boats are on the water. It is not uncommon for FSR to provide assistance to 15 to 20 boats in distress on any day at the height of the season, especially over the Christmas and New Year break.

Boats assisted cover the full range of craft. Yachts and larger recreational vessels can hit reefs, run aground and have fuel or engine troubles as much as the humblest “tinnie” on the river.

When a young woman was attacked by a shark in Cockburn Sound in 2010, FSR made the 10 nautical mile sprint in around 12 minutes. After arriving first on scene, the crew were able to assist with bandages and oxygen while the victim was stabilised for helicopter transfer to hospital. She was fortunate to survive.

Since 2000, fifteen other shark attack victims in Western Australian waters died from their injuries.

Each year a number of people also die of other causes in waters off Perth’s coast.

FSR are generally involved in the search for missing, overturned and sinking boats, divers who encounter problems while under the water, swimmers who get into difficulties, and, unfortunately, suicide attempts.

Fremantle Sea Rescue came into existence in 1977 arising out of exactly those types of circumstances. Five years earlier, in 1972, the launch DEB-B-LYN hit a submerged object on its way to Rottnest Island and two men drowned. In response, the East Fremantle Yacht Club liaised with other yacht clubs and developed a radio communications search and rescue capacity.

In 1975, The Volunteer Sea Search and Rescue Association (WA) was formed. Out of that, in 1977, Fremantle Search and Rescue began operation as a discrete entity with a 7 metre aluminium rescue boat, interestingly named the “R100 – Miss 6PR”.

Fortunately, most FSR rescue work has a happy ending. Boats encounter engine and other mechanical and electrical problems, which often require a tow back to a safe harbour.

Last November, a new face was put on an old Freo institution when FSR began operating out of the old Cantonment Hill Signal Station. Fremantle City Council restored the exterior of the iconic building to its former glory and entered into a long-term lease with FSR for a peppercorn rent. FSR’s own volunteers, with help from a range of local businesses, then proceeded to completely renovate the interior of the building and fit it out with the very latest equipment. 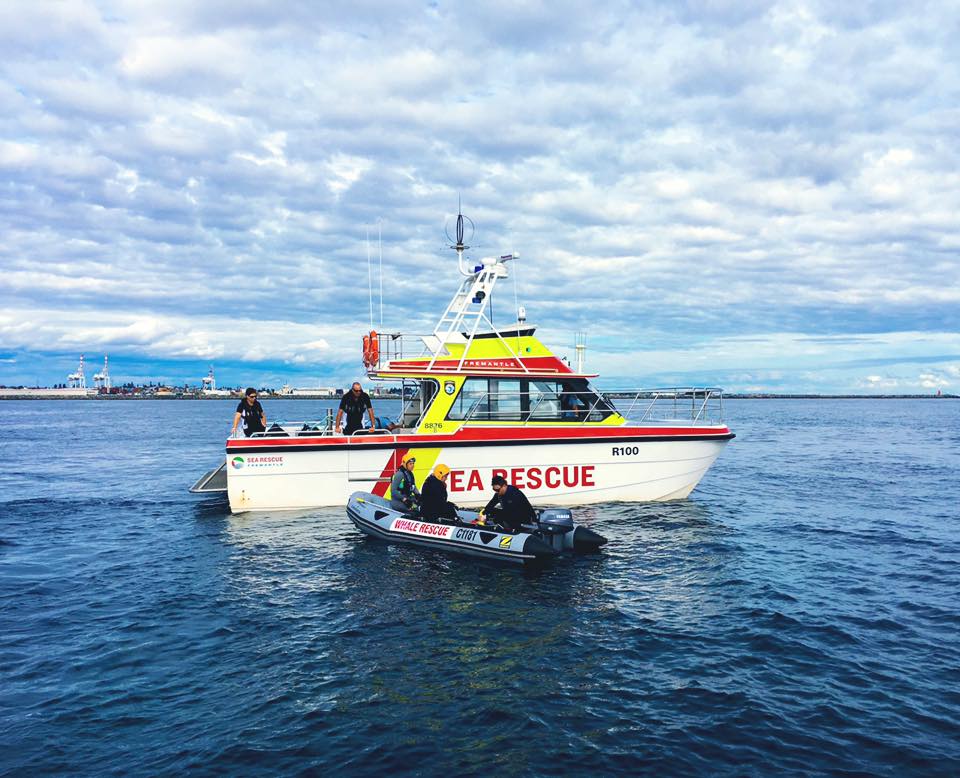 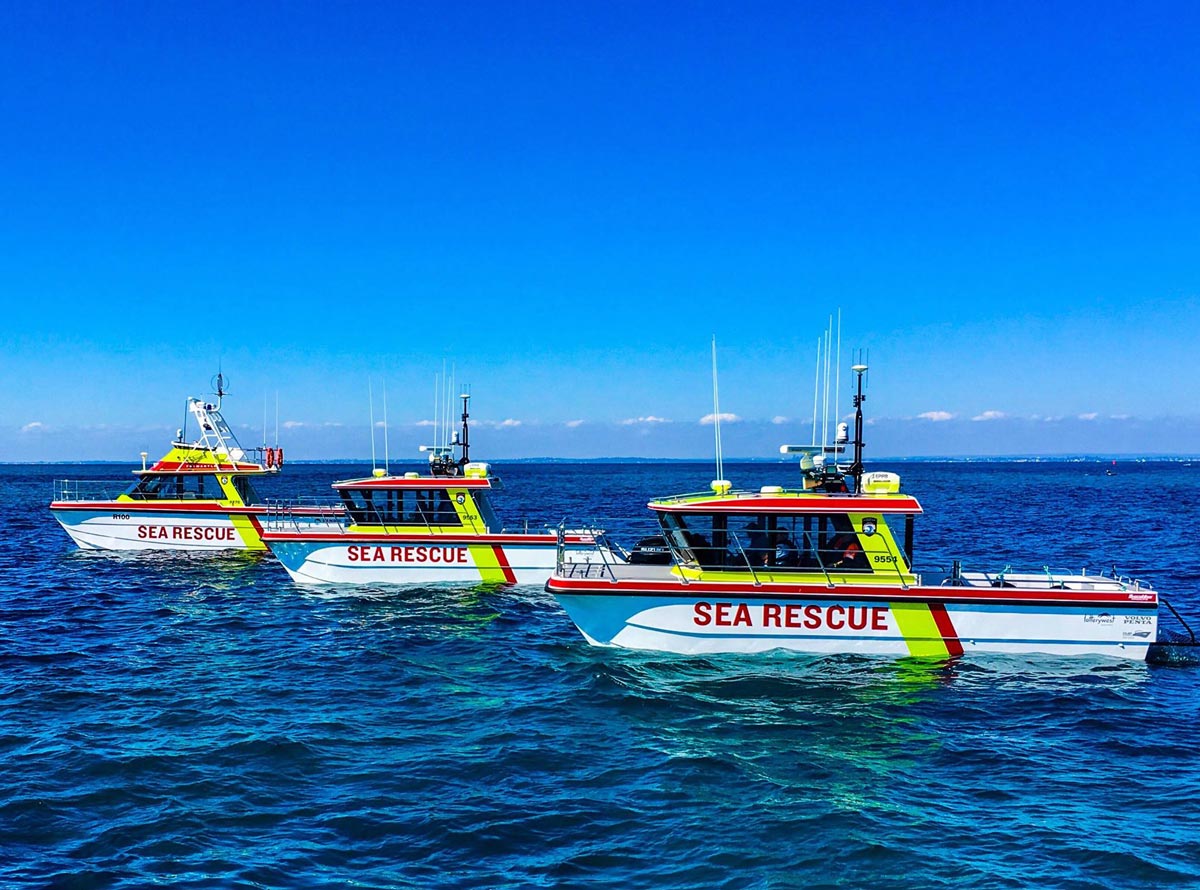 Lighting up the signal mast at night adds a touch of colour to Fremantle’s entry over the river. FSR are seeking grant funding to make this a permanent feature.

Originally constructed in 1956 to enable signals to be sent to port shipping in Gage Roads, it was replaced in the mid 1960s by the new Port Authority building and had fallen into disrepair before its recent restoration.
The heritage value of the building was enhanced by both its restoration and continuing its original use, with the top floor now again dedicated to marine communications and commanding clear views of boating movements in the harbours, out to sea, to Rottnest Island, and up the Swan and Canning Rivers.

Today, FSR consists of 100 volunteers – 16 are skippers and the balance being radio operators and boat crew.
On weekends and public holidays rescue boats are on the water, with a call out roster for other times ensuring that any vessel experiencing difficulties can be assisted 24 hours a day, every day of the year.

While the radio room is staffed by volunteers during every day, a home-based overnight radio operator, with the help of radio over IP technology, ensures that every log-on or call for assistance is responded to immediately at any time of the day or night.

Two new rescue vessels, with bright new livery, have also begun operating out of Fremantle, replacing two old boats and maintaining the number of vessels at four (two based at Challenger Harbour in Fremantle and two on the river).

For years, FSR operated independently of government. In 2013 the group aligned with the State Government Department of Fire and Emergency Services (DFES).

While this has not affected the operational independence of FSR, it has relieved the considerable financial pressure the organisation worked under. Volunteers no longer have to do sausage sizzles outside Bunnings to pay for the capital and running costs of rescue boats.

The two new rescue boats cost $1.32million, funded by a grant of $566,000 from DFES and a $100,000 grant from Lotterywest. The balance was funded by Fremantle Sea Rescue membership fees and donations.

As a not-for-profit charity, it wouldn’t be possible to provide this essential service to the boating community without the contributions and donations from its volunteers and the public.

The modern, larger and more technically sophisticated vessels FSR now use, have considerably expanded its search and rescue capacity and crew safety.

The rocks and reefs around Rottnest Island and parts of the Swan River can be particularly treacherous, with many boats each year coming to grief and requiring assistance to get them free. Pumps are often placed on board the stricken vessel taking on water to keep them afloat for the tow back to Fremantle.

Flat batteries, fuel blockages and minor mechanical and electrical malfunctions can all render a boat unable to move and therefore needing assistance.

Of course, every human activity has its lighter moments: scantily clad people who did not expect the rescue boat to arrive so quickly; the explanation that “there was too much air in the fuel tank”; the fisherman on a broken down boat asking the rescue boat to stand by while he landed a large salmon. All in a day’s work!