Jo Darbyshire is a Fremantle-based visual artist and curator. Her works are quite beautiful. Large sweeps of colour convey wistfulness and calm, and majesty.

Her catalogue is impressive over many years now since her first solo exhibition was held in North Fremantle in 2003.

One of her most magnificent works, The River Journey, was recently hung in the new Supreme Court of WA civil division, on Level 4 of The David Malcolm Justice Centre, Barrack Street, Perth. Eighteen metres in length, it marks the journey of the Avon into the Swan River,  and then on to Fremantle. It is a stunning creation that you really must make the journey to Perth to see.

As well as an artist, Jo is also a passionate social history curator. One of her projects, presented by the City of Perth in 2010, resulted in the publication of The Coolbaroo Club, and celebrated the now famous Aboriginal social club that ran in Perth after the war years, from 1947 to 1960.

Jo is also a real Fremantle person, living and breathing the Port air. In offerings dear to the heart of all at FSN, she posts regularly on Instagram on the ships, and the names of ships, that pass through the Port.  See #jodarbs or #shipsnames. 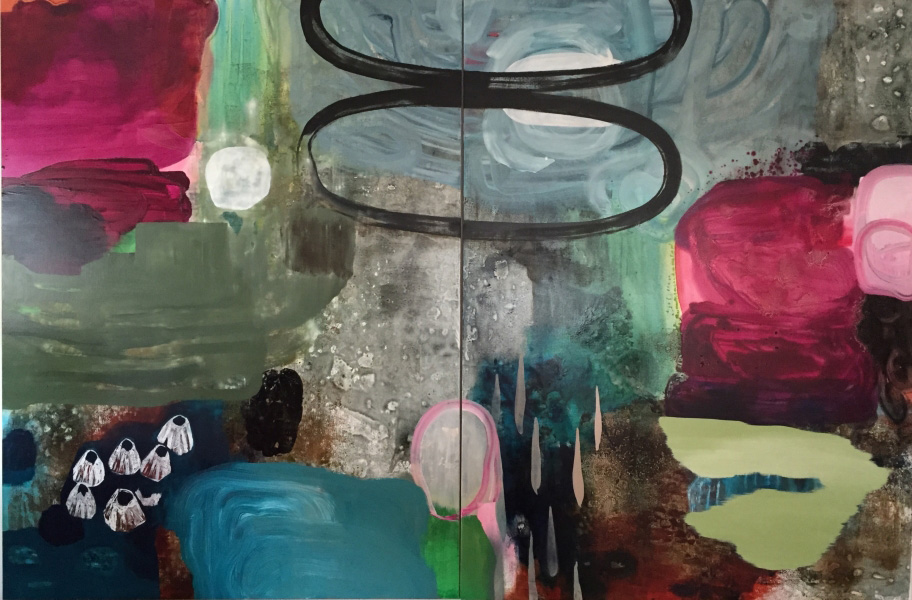 Her interests and ours seem coincidentally to have surfaced at the same time! We are pleased to celebrate her work.

Now, with Penny Coss, Jo is about to open a new exhibition on the very subject of these posts, and our banner theme, SHIPS THAT PASS.

On her website, Jo says this of the artists’ intentions with these new works –

‘Both Darbyshire and Coss aim to immerse the viewer in the tactility of painting, the seductive nature of colour and their choice of marks. Both are conceptually and curatorally ambitious, experimenting and pushing the boundaries of visual language and the slippage between abstraction and something we recognise. Darbyshire’s paintings align with an imagined relationship with the WA coast: local islands, ships in the Port and the traces of colonial life she observes in the material fabric of Fremantle. Coss uses the landscape as a backdrop for relationships of cultural exchange, specific landscape that often allude to troubled histories. 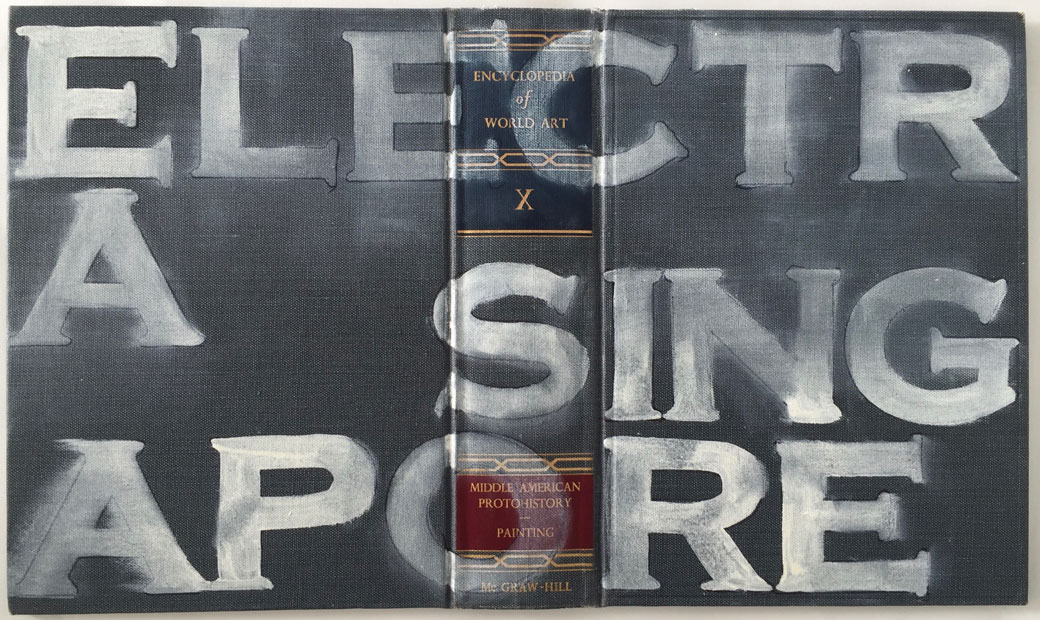 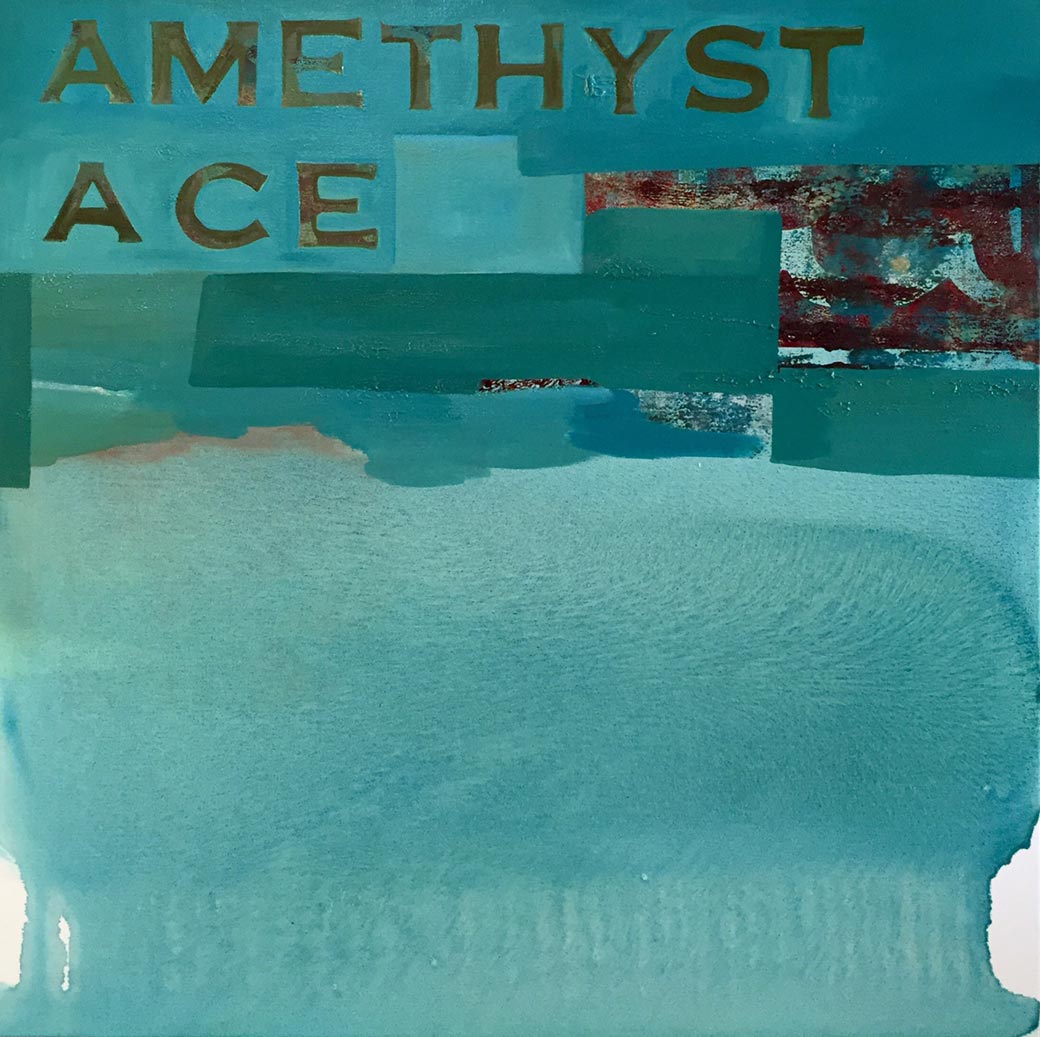 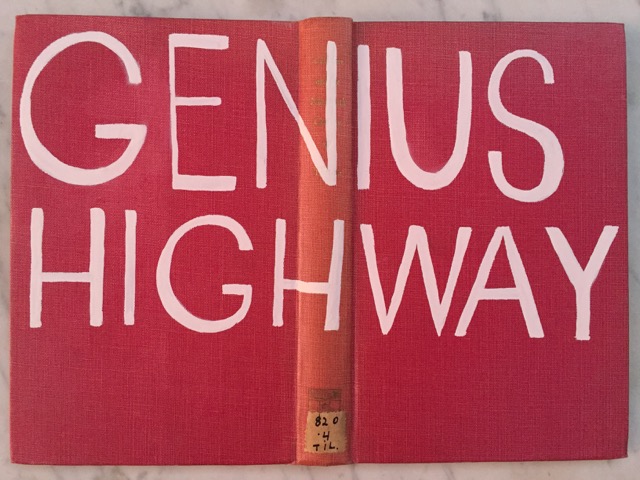 Both artists welcome the challenges inherent in working with large canvases and consider the gallery a space equally as important as the artworks. The PSAS space offers the possibility of painting being given the space it deserves to be transformative, and for it to be experienced by an audience as installation rather than decoration. This exhibition complements the architectural characteristics of the building replete with the marks and traces of its history found in the walls and pillars of the building and beyond to its proximity to the vast Indian Ocean.’

Well, we can’t wait to see them. But if you do want to see some of them earlier, you can by visiting jodarbyshire.com

One set of the works exhibited will be the book covers Jo has collected here and there on which she has painted the names of  ships that have found their way in and out of the Port over the past 18 months. They tell a poetic story of their own when seen together.

Finally, we suggest you also make a note now in your diary for October 2017, when Jo will be part of the High Tide Festival where her artwork will involve projecting the names of ships onto the Port Authority Building at night.

See you at SHIPS THAT PASS in the meantime.